DGA-S - what is it? DGA-S, analysis: description, transcript and indicators

Sooner or later a person will have to face such a concept as DGA-S.What is it, what is it for and what it shows, and also various nuances - all this is necessary to know in order to understand the meaning of this hormone in the life of each person. DGA-S is what firstly demonstrates the ability of the adrenal glands to produce sex hormones and men.

This abbreviation stands for dehydroepiandrosterone sulfate. This is a male sex hormone, which is found in the blood of not only men but also women. Produce his adrenal glands and ovaries / testes in a ratio of 95 to 5 percent, respectively. 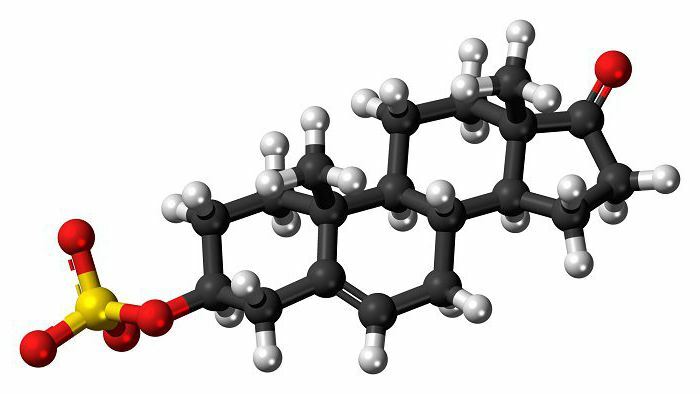 Answering the question "What is DHA S - what is it?", It can be said that it is a weak androgen, but after development in men it is converted to a strong androgen. In women, everything is a little different, for them it turns into an inherent weak sex estrogen.

The development of this hormone is usually monitored at the puberty stage of boys.

What if DGA S is elevated in women? The reasons can be very different. First, you need to do an analysis to identify the source of the deviation. This may be due to a violation of the adrenal glands or ovaries. Separately it is necessary to tell about the given hormone at girls at pregnancy.

The fact is that pregnant women often have a situation where the analysis reveals the excess amount of a male hormone in the blood. Due to elevated DHA-S, early interruption may occur during pregnancy. In other words, a miscarriage.

During pregnancy, the placenta uses this hormone to convert it into estrogens. Increased DGA-S can only say that it does not do its job or does not perform it efficiently. 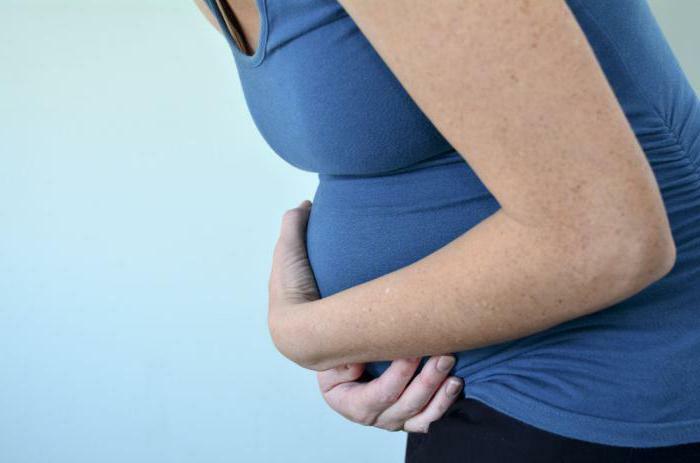 Before analyzing, it is not recommended to eat or drink eight to ten hours before it is taken. Only water without gases and impurities is allowed. Naturally, smoking and alcohol are also prohibited, and women are not recommended to give blood during menstruation. In addition, you must tell the doctor that you are taking any medications and specify specifically what.

From various pharmaceutical drugs and antibiotics, the DGA-S indicator can vary. For example, a temporary elevated level can be expected with smoking, prolonged physical exertion, starvation and other things. Temporary reduced levels are observed with alcohol intake, obesity, psychological disorders, depression, with antibiotic use, or during the period of gestation in women. 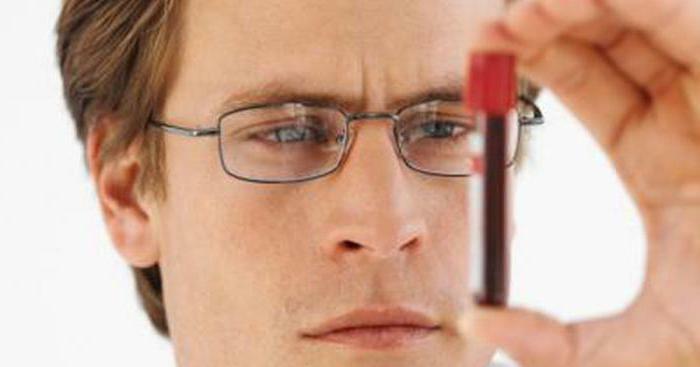 Reasons for changing the level of DGA-S

If DGA-S is elevated in women, this does not mean that the problem is in the adrenal glands. Although in most cases, a constant elevated level of DGA-S indicates the presence of problems with this organ, an increase in the level also causes illness and Cushing's syndrome, lack of placental function, hormonal disorders and other diseases.

Certainly, various adrenal tumors also lead to an elevated level of this hormone. Sometimes in the first days after birth, the child may have a high level of DGA-S.In most cases, the increased amount of the hormone is due to illness or abnormality, but sometimes it protects women from osteoporosis.

DGA-S is down can also be due to abnormalities or different syndromes. In addition, very often a lowered level of hormone is observed in people suffering from alcoholism. The level directly depends on the efficiency of the adrenal glands. Decrease in the effectiveness of the adrenal glands is called Addison's disease.

Many ask the question "DGA hormone S - what is it, and what is it for?".But it is much more important to know what happens in situations when its level remains elevated or lowered for a long time.

If the adrenal glands produce too much of this hormone, it can lead to infertility, premature termination of pregnancy, aging or excessive hair growth. If the body does not have enough dose, then this may lead to a slowdown in the process of puberty. This is very often due to the aforementioned Addison's disease.

To avoid consequences in case of abnormalities in tests, immediately consult an endocrinologist or gynecologist.

The level of the DHEA-sulphate hormone can significantly change in women during pregnancy, and this is normal. Just do not forget that significant deviations from the norm can lead to irreversible consequences. Therefore, observation of specialists during pregnancy is so important. 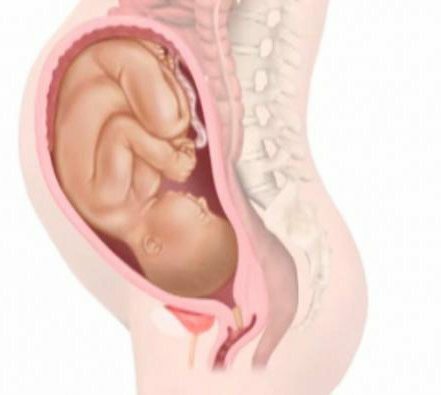 Usually, during pregnancy, the normal level of DHEA decreases, but it can also mean the inability of the placenta, which should not be forgotten. With a significant increase in the hormone, it is necessary to take some measures to reduce it, since this happens only in case of malfunctions in the body.

For various problems with the adrenal glands, most patients immediately seek professional advice and treatment if needed. There is good news for those who have problems with the norm of the hormone in the blood. Scientists have long created his artificial copy so that people can take it and not suffer from ailments associated with abnormalities. 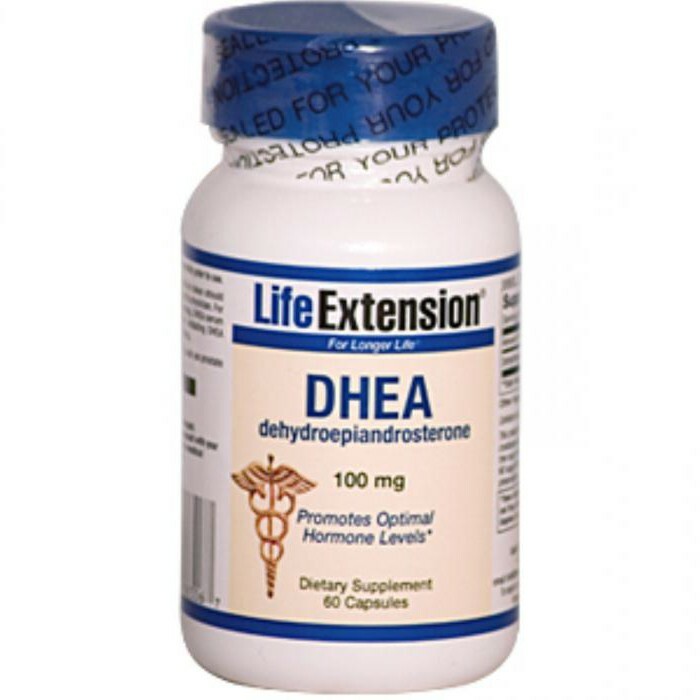 Sexual activity increases when DHEA-C is taken. Doctors extremely do not recommend using this hormone only for these purposes. Rather, the increase in sexual activity is a kind of bonus. In addition, DHEA-S improves thinking, memory and, in general, has a beneficial effect on the well-being and condition of the human body in old age. This is due to the fact that DGA S directly affects the aging process of the body.

If a person has difficulties with fat burning and, correspondingly, an increased amount of fat, tablets with artificial hormone solve this problem. Difficulty with fat burning can occur both with malnutrition, and because of other diseases or poor congenital metabolism.

Purpose of the preparation

Only for fat burning is also not recommended to take these tablets, since in this case you will have to take too large doses, which is fraught with other consequences. Therefore, this hormone is taken only if it is deficient in the body, and an additional beneficial effect on the body is already secondary results of application.

The hormone in tablets basically helps to overcome the chronic fatigue that is inherent in people in adulthood. It is strictly forbidden to take pills on your own during pregnancy. At pregnancy in most cases the level of a hormone and so is raised, therefore reception of any medicines is possible only under supervision of the expert.

Treatment of chronic diseases of the immune system

DHEA-C helps with chronic fatigue, reduced immunity or diseases associated with immunity. Usually it is prescribed to women in adulthood. Within a couple of weeks, women who take this drug feel a surge of energy, energy and general improvement in the body.

Various researches of scientists all over the world have led to the fact that now a lot of chronic diseases can be cured by taking this hormone in tablets. Scientists have come to a conclusion about DHA S that they can conduct a kind of treatment for chronic diseases associated with the immune system, especially if the level of the hormone is lowered.

DHEA sulfate is also prescribed for autoimmune diseases. Usually they appear due to the fact that the body begins to react incorrectly to some cells of the body. That is, sometimes the immune system starts to work too actively, and this leads to the fact that it fights not only with harmful, but also with normal cells and organs. In this case, DHEA sulfate can also be prescribed.

To avoid the consequences that may occur if there is a deviation from the level of the hormone level of DHA S in the blood, some preventative measures can be taken. For example, if you notice a violation of the cycle of menstruation or the absence of ovulation at all, then you can think about taking DHEA-sulfate in tablets.

However, remember that an independent decision to take any medication can be dangerous, so always consult a specialist.

Also various problems with nails and hair loss can be due to hormonal disorders. Of course, the case may be in the excessive influence of cosmetics( often staining hair or nails or processing them).But if you keep a good eye on your hair and nails, and do not abuse cosmetics, you should make an appointment with a doctor.

As mentioned above, DGA S is directly related to the aging process. Of course, no one is protected from this, but if the aging process starts too early, it can indicate problems with hormones. Women under 37, who begin to experience skin problems or other problems inherent in people in adulthood, it is recommended to consult a doctor. The consultation in principle has never harmed anyone.

In general, if you feel any fatigue, depression, notice problems with the immune system or other hormones, do not try to solve them yourself. For any reason, it's better to turn to professionals, because a person can simply hurt himself by appointing the wrong treatment. 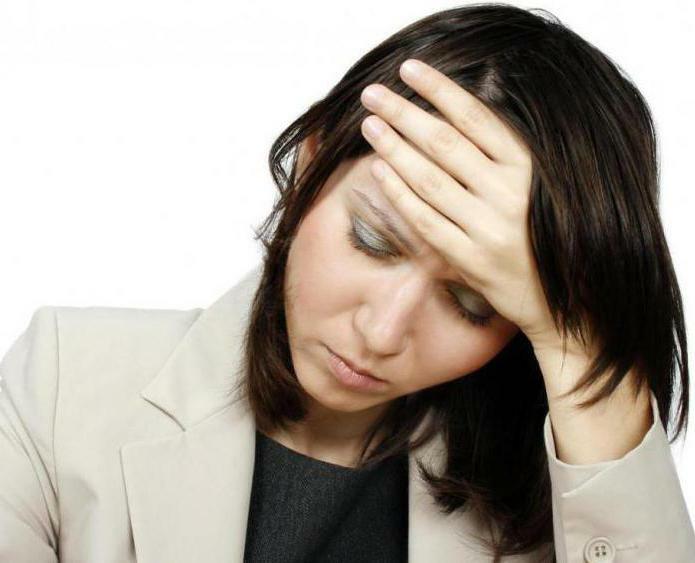 This is all you need to know about DGA S. Hopefully, after reading the article, you will no longer have the question DGA S - what is it. Most importantly - remember that sometimes the cause of many problems can be a violation of the hormonal background.

Monitor the level of DHEA sulfate in your body. Remember that the deviation from the norm can be temporary or completely normal, but also do not forget about the consequences that can occur if you do not follow the hormonal background or ignore the problems associated with it.