Inoculation from meningococcal infection. Do you need vaccinations?

Meningococcal infection is an ailment in which reproducing bacteria can lead to serious illnesses. In particular, meningitis, sepsis, nasopharyngitis, pneumonia, sinusitis or meningococcemia.

Meningitis is a meningococcal infection, which can be of two forms: primary and secondary. In the first case, pathogenic bacteria enter the body by airborne droplets. Through the throat, and then by overcoming the blood-brain barrier - into the shell of the brain. This form of the disease can be purulent or serous.

Serous meningitis accumulates lymphocytes in the cerebrospinal fluid. This is caused by bacteria or viruses that cause tuberculosis. With purulent meningitis in the cerebrospinal fluid, neutrophils accumulate. This is due to bacteria. Most meningococci A and C. Almost 40% of cases begin because of a hemophilic rod B. And only 2% falls on pneumonia. 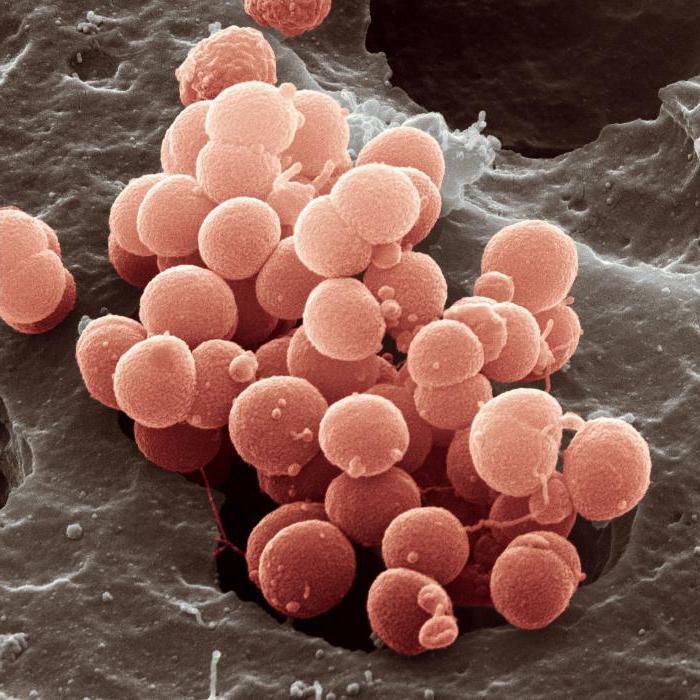 Secondary meningitis affects the respiratory tract, oropharynx, ears or salivary glands. Symptoms of diseases such as pneumonia or intestinal infections may occur. Then bacteria penetrate through the lymph and blood, causing inflammation of the brain. Secondary meningitis causes staphylococci, streptococci, E. coli, candida fungi, viruses, salmonella and other pathogens.

A splash in meningococcal infection was observed in Russia in 1968.Cases of the disease were frequent enough. Therefore, the vaccination against meningococcal infection became actual. It was a real epidemic. But thanks to vaccinations, it gradually came to naught. And now this disease is not so often. For example, in 2000, there were 8 infected people per hundred thousand Russians.

Children are more prone to this disease. And the reason is the lack of vaccination. But nasopharyngitis can be of different etiologies, and distinguishing it from another disease is sometimes quite difficult. Therefore, the answer to the question of whether vaccines are needed for meningitis is positive. The disease is better to prevent initially, than then to treat it for a long time. 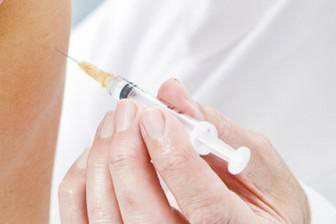 The causative agent of meningococcal infection is the bacteria Neisseria meningitides. The disease can occur in several forms. Most often in the form of meningitis( inflammation of the membranes of the brain).The causative agent( meningococcus Vekselbaum) is a gram-negative diplococcus. He does not have capsules and flagella, is inactive. Does not form a dispute. The optimum temperature for the growth of bacteria is 37 degrees.

Where is a meningococcal infection found?

Meningococcal infection exists in all countries. But the highest incidence is in Central and West Africa. On the territory of Russia, several foci of infection have erupted several times. Therefore, the vaccination against meningococcal infection is necessary so that the disease does not take the form of an epidemic.

The disease is quite dangerous. If the vaccine is not vaccinated in time, serious complications can arise. Often they lead up to a lethal outcome. If meningitis can not be cured in time, it can lead to disability. Complications are of several types:

In Russia, a foreign vaccine for Meningo A + S meningococcal infection is most often used to prevent the disease. Or domestic A and S. The vaccine, which contains W-135 and Y, is vaccinated only by pilgrims leaving for Mecca. Containing meningococcus group B is not widely used. It has low immunogenicity and has a number of antigenic determinants, which can cause side effects and complications. 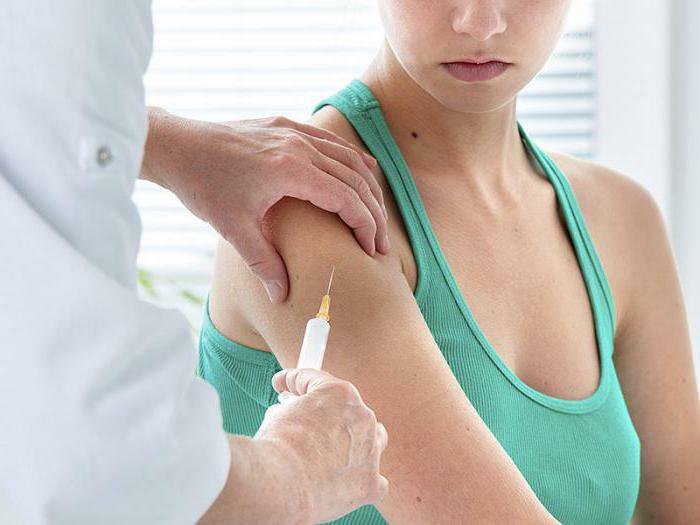 To prevent inflammation of the brain, a vaccine is given from a meningococcal infection. The name can be different, since the vaccine was created far from alone: ​​"Act-Hib", "Hiberici", "Tetr-Act-Hib", "Pentaxim" and several others. You can get them mostly free of charge, practically in any city polyclinic. True, some are sold only for money and can be very expensive.

For the prevention of pneumococcal meningitis vaccine "Pnevmo-23" is used. It is produced in France. Vaccinations are made free of charge only for children at risk. To all other interested persons - on a paid basis. These vaccinations reduce the risk of the disease not only by meningitis, but also by a number of other diseases( sepsis, pneumonia, etc.).

When and what vaccinations do they do?

Vaccines that are used most often contain polysaccharides. They are administered to children from 2 years of age. Such vaccines can protect a child for 3 years. But more often( more than 50% of cases) meningitis occurs in children under two years old. They are vaccinated with a weak immune response. The vaccine against meningococcal infection of group A is used only for children older than the year, group C - only up to the age of two. Vaccination is done only once. 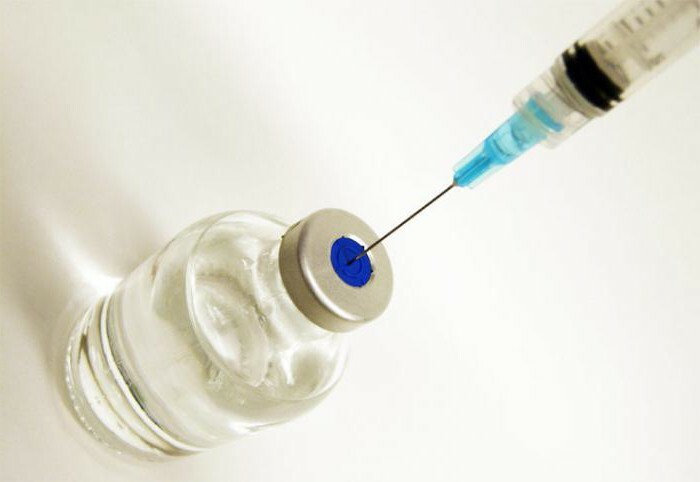 Is there a vaccine for meningitis for babies?

Vaccines for infants are now working. Although the vaccines for serotype S. have already been well established, the incidence of meningitis is reduced by 76% due to this vaccine. In children up to two years of age - by 90%.Now work is under way on combined vaccines, which should contain 4 serotypes of meningococcus. Before vaccination, consult a doctor. Do not choose a vaccine for your child yourself, without consulting a specialist. Do you need vaccinations against meningococcal infection?

Vaccination from meningococcal infection is done not only for the sake of prevention, but also in the event of epidemics. The "A + C" vaccine is usually used, which is introduced at the risk of an epidemic. The entire population is vaccinated, living in a dangerous vicinity of the outbreak. But the epidemic threshold in any country is different. If the diseased becomes more than a certain fixed figure, the vaccination of the population is necessary.

This is especially true for children. The vaccination time is assigned according to the special vaccination calendar. According to it, they are made for children over the age of two, adolescents and adults in the emergence of a hotbed of meningococcal infection, which is caused by the bacteria of serogroups A and C. 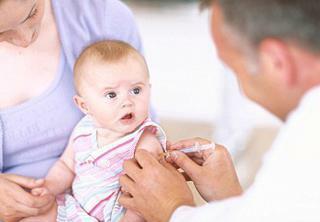 and also to people at increased risk of infection. Primary school students living in boarding schools and orphanages, in family hostels. The same applies to children from disadvantaged families, where sanitary and hygienic conditions are violated. Since meningitis can get sick even from unwashed hands or fruits. Therefore, the creation of combined vaccines, especially for infants, is necessary.

As already mentioned above, vaccinations are mostly vaccinated with "A + C".At the site of the injection there is some hyperemia and soreness( usually in 5% of the vaccinated).The elevated temperature, which normalizes within 1.5 days, appears somewhat less frequently. With the use of some vaccines, it does not arise at all. Maximum - redness in the place of vaccination. Vaccines are contraindicated only to people with chronic diseases, or allergies to components contained in them. Do I need a vaccine against meningococcal infection?

Vaccination against this disease is carried out in all countries of the world. Inflammation of the brain can lead to death. Vaccinations are made according to standard medical vaccination calendars simultaneously with DTP.Modern vaccines contain a component of Hib infection. Hemophilus bacillus, as scientists have found, can be of six kinds. The most dangerous for humans are Type B microbes. In general, vaccinations containing a component of this disease are made to develop protective immunity.

Meningitis infection( haemophilus influenzae) is very dangerous for children under 5 years old. Then do not have any immunizations, because with age, people's immunity is automatically developed. Although it is impossible to completely protect a person from a meningitis disease. You can only significantly reduce the risk of catching it. Calling different forms of meningitis is also capable of pneumococcus. But from this microbe there are vaccines. The most dangerous bacteria, which most often cause inflammation of the brain, are called meningococci. 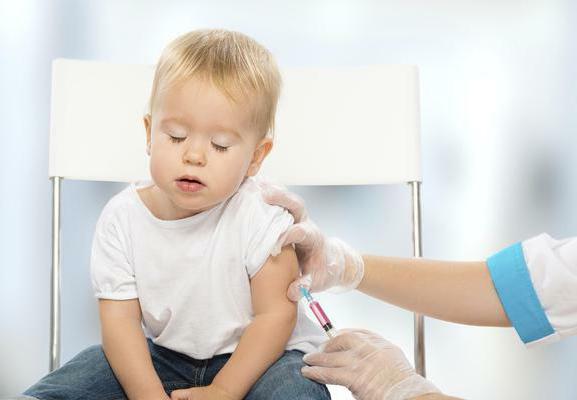 To prevent meningitis, vaccinations must be given. Immunoglobulin is administered to children under 7 years of age, but not later than a week after contact with the patient. In this case, a child under 2 years of age is prescribed 1.5 ml, and older - 3 ml of the vaccine. If a person is a carrier of the disease, then chemoprophylaxis is carried out for four days. If this is an adult, he is prescribed rifampicin twice a day for 0.3 grams.

Immunizations from meningitis are done in advance, without waiting for a person to get sick. Instead of ampicillin, amoxicillin is used. It has a great impact on pathogenic bacteria. In many countries, vaccinations are given to everyone who has had contact with patients. Vaccination is carried out for two days. Up to a year - from 5 to 10 mg / kg per day, from year to 12 years - 10 mg / kg per day, or one injection of "Ceftriaxone" in 200 mg. These vaccinations have an excellent effect not only as a prevention of meningitis, but also on patients who have been in contact with patients with meningococcal infection. Secondary meningitis may occur within a month. To avoid this, in the first 5 days after contact with a sick person, it is necessary to vaccinate to prevent infection.