The well-known climatic and mud cure resort "Sergeevka"( Odessa region, Belgorod-Dnistrovsky district) is located at the exit from the Budak estuary to the Black Sea. It consists of 8 sanatoriums, children's health camps, boarding houses and hotels occupying almost 650 hectares of the coast.

Sanatoriums, campsites, boarding houses and rest houses are located on the shores of the spit north and south of the Tsaregradsky dungeon of the Dniester Estuary and the Shabolat Liman Lake, which are territorially related to the settlements of Zatoka, Sergeevka and Kurortnoye. In the season on the sand spit, which separates the two estuaries from the sea, the apple has nowhere to fall. Everywhere on the beaches, colorful bundles of umbrellas from the sun, bronze from the sun of body of tourists, water slides and other devices for entertainment on the seashore flit.

Paleogeographers and archaeologists say that 25 centuries ago there were too many people in these places. There were large settlements here, and the estuary served as a trade corridor and a link between the cultures of Ancient Greece and Asia Minor. A new round of popularity of the Shabolat estuary was provided by Odessa spa specialists, who studied in the last decades of the 19th century physicochemical indicators of local brine, mud and mineral springs. The healing factors of the estuary were highly appreciated by scientists. The first mud baths began to build in 1895, the beginning of the Soviet stage of the development of the resort Sergeevka is considered to be 1921. 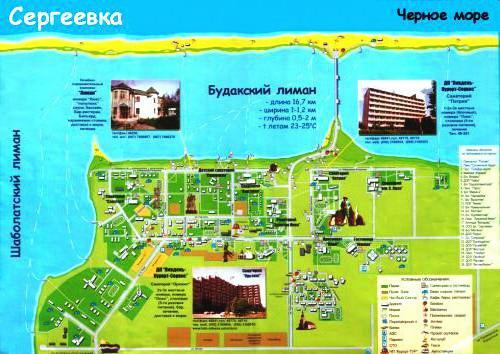 How to get to the village. Sergeevka( Odessa region, Ukraine)

There is an urban settlement to the south-west of the regional center. From the bus station "Privoz" in the vicinity of the Odessa railway station, minibuses to Sergeevka are sent. Along the sandy spit of the Carolino-Bugaz-Zatoka you need to drive to the right bank of the Dniester Estuary, pass the villages of Pribrezhnoe and Belenkoye. The distance from Odessa to Sergeevka is 80 km.

The resort is located opposite the central part of the sand spit that separates the Shabolatsky( Budak) estuary. You can get here by minibus from the regional center, the final destination of which is the village of Sergeevka( Odessa region), or take the transport going to Belgorod-Dnestrovsky. In the second case, you need to get off at a stop called "fork" and change to the fixed-route taxi "Belgorod-Dnistrovsky-Sergeevka".The distance from the motorway Odessa-Belgorod-Dnistrovsky to the resort of Sergeevka is about 6 km.

You can get to the village by private car( there are signs on the highway).It looks better road on the bypass to Sergeevka past the village Belenkoye. On other sections of the highway can be dotted with potholes and cracks. Places for parking in the village, on the territory of hotels and recreation centers are enough. Cars - this is the main form of transport on the land side of the resort. In addition, there are seasonal passenger transportations between the estuary and the sea by boats and boats. 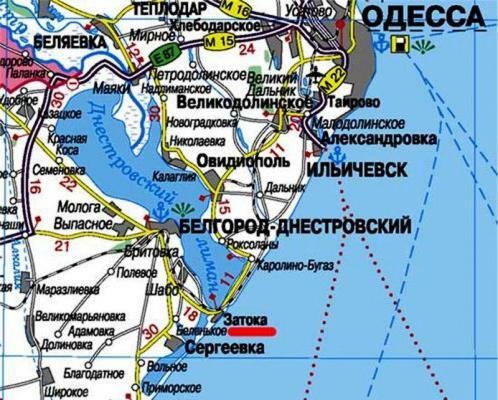 The resort village back in Soviet times was considered one of the best children's health resorts. On the healing forces of the climate, the estuaries of the estuary and mineral water, the parents of the sick children had high hopes and were not deceived in their expectations. Children returned from Sergeevka rested, tanned, able to withstand many ailments. According to doctors, the therapeutic factors of the resort are useful for patients of any age, suffering from diseases of nerves, joints, spine and vessels.

The health complexes of the village of Sergeevka( Odessa region) accept all those wishing to undergo a course of sanatorium treatment and just relax on the seashore. Holidaymakers in their comments note the beneficial effect on human health of the climatic conditions, water and mud of the Shabolat estuary. A number of reviews of tourists are devoted to the quality of services and prices. Guests Sergeevka, coming to the resort not the first year, notice the progress in improving the service, low prices for accommodation and food( in comparison with Odessa, Koblevo, Zatoka).

According to the patients of sanatoria, the resort is excellent for recreation and family rest. Doctors and other medical personnel have the necessary qualifications. One of the shortcomings noted in the comments is the equipment of the room stock with furniture of the Soviet period. Surprised many guests Sergeyevka charging for passage and travel on the bridge connecting the village and the sea coast. At the same time, it is not noticeable that the funds are directed to repair and improve the infrastructure of this transition. 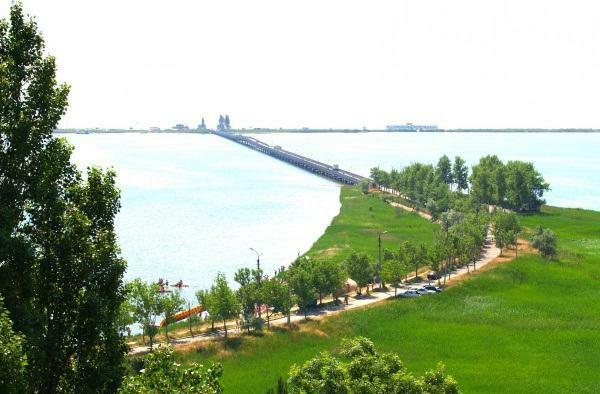 The temperate continental climate of the territory is characterized by a significant amount of sunny hours and days a year( 290 out of 365 days).The warm period begins in April and lasts until October inclusive. The average temperature in summer is +25 ° C, in July and August it often rises in the daytime up to +32. .. + 35 ° C.Precipitation is not sufficient with such a quantity of solar radiation - 350 mm / year. Southern winter - little snow, short and mild.

Surprisingly beautiful landscapes Shabolatskogo estuary and the village Sergeevka( Odessa region).Photos of the resort give an idea of ​​the lack of industrial enterprises in the area, the purity of the sand spit and beaches on the beach. Steppe expanses in the vicinity of Sergeevka the population uses for gardening and viticulture. In the village itself there are fruit trees, boxwood alleys and other evergreen plantations. 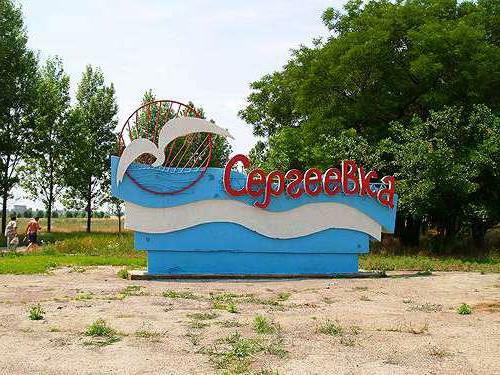 Healing factors of the resort Sergeevka

The air from the Black Sea steppes on the bank of the estuary is mixed with sea breezes, a natural cocktail is obtained - one of the local healing factors. The water of Shabolatsky Liman Lake has long been used to make mineral baths, rinses, compresses. Local mud mud does not contain harmful impurities, they are useful in the treatment of a large group of diseases. The springs discovered on the territory of the resort are supplied with mineral water, reminiscent of the chloride-sodium-magnesium composition "Kuyalnik" and "Mirgorodskaya".

Natural health-table waters and other healing factors are applied by the children's sanatorium "Sergeevka"( Odessa region) and other health resorts of this resort zone. Local varieties of grapes grown on rainfed lands are rich in vitamins, minerals, fructose and glucose. Berry juice is also a healing cocktail, but its use for treatment has a number of contraindications( some gastrointestinal diseases). 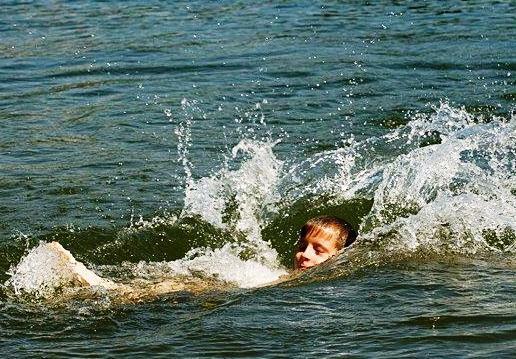 Medical specialization of the main sanatoria for children and adults in Sergeevka:

Hydrotherapy and peloidotherapy are used in the sanatoriums of Sergeevka with neurological and joint diseases, osteochondrosis, with gynecological and skin ailments. Wellness complexes perform balneological procedures, widely use speleotherapy and a variety of phyto-drugs.

The main medical factors - water, peloids, air - are used by the children's sanatorium "Sergeevka"( Odessa region).Small and adult patients in health resorts are offered physiotherapy, massage, reflexology, exercise therapy, and a therapeutic diet. A number of health resorts practice kinetotherapy. Some sanatoriums have a modern technical base for laser treatment, clinical diagnostic laboratories and offices, pharmacies. 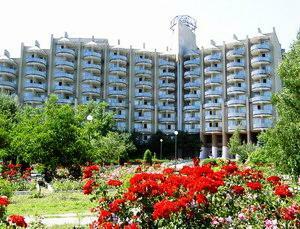 Holidaymakers stop in health resorts, hotels, private sector of the village. Sergeevka( Odessa region).Sanatorium "Orizont" - one of the modern health resorts of the resort, with a large number of rooms. Treat in the establishment of the disease of the musculoskeletal system, the nervous system, relieve the inflammatory phenomena in gynecological diseases, chronic prostatitis. In the sanatorium "Orizont" they help with chronic inflammatory phenomena in the lungs and bronchi( non-tubercular nature). 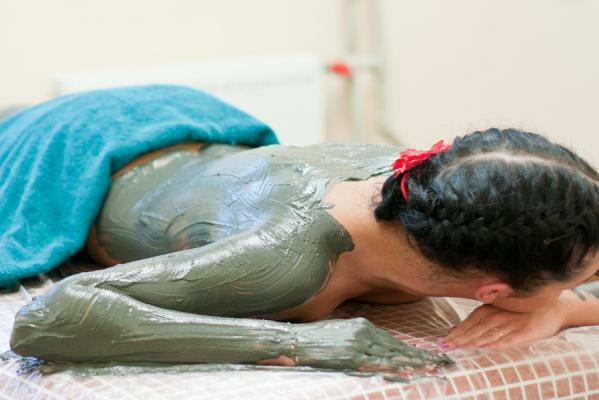 The treatment and health improvement of children in Soviet times was of great importance. Many guys came to Sergeyevka for free tickets. Thousands of boys and girls took medical procedures on the shore of the Shabolat estuary from 1986, when the children's sanatorium "Sergeevka"( Odessa region) was opened for the first young patients. A photo of one of the buildings in the article gives an idea of ​​the almost domestic situation in the health resort. The main part of the territory is reserved for the park area, playgrounds and sports grounds, there is a hall, a library is open. 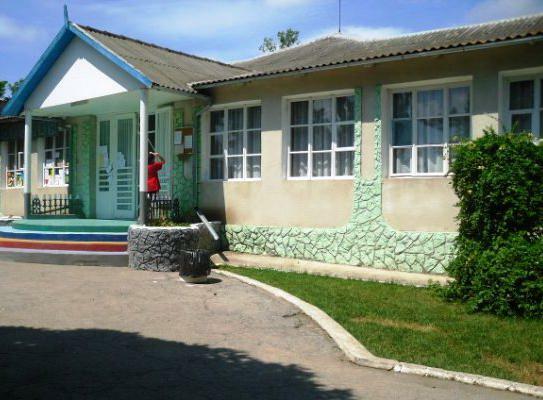 Sanatorium "Sergeevka"( Odessa region) can simultaneously take on rest and recovery up to 400 children( 6-14 years).The duration of one shift is 18 days on average. From September to May, training sessions are organized for schoolchildren( in the afternoon).Medical specialization of health resorts - diseases of the respiratory system, cardiovascular ailments, ENT disorders, pathology of the musculoskeletal system. 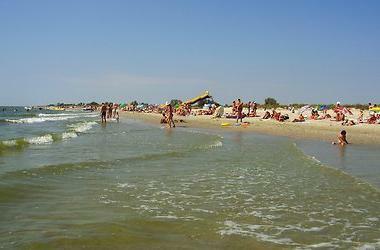 The main thing that is famous for the seaside position of the Odessa region is rest. Sergeevka in geographical position differs from the regional center and a number of resorts on the coast. The village, all its sanatoriums and hotels are built on the shabolatsky estuary. A warm and shallow pond, a sandy spit share Sergeevka and the sea. On the golden beaches of the resort you need to pass or drive through the bridge, or to cross a boat, motor boat.