Violation of sound is called dyslagia. The child can rearrange sounds in syllables, change them to others. Often the children make a substitution in such a way that it is more convenient and easier for them to pronounce the words. Dysplasia in children and the methods of its elimination are determined by a speech therapist. This specialist can establish an accurate diagnosis and develop a tactic to correct this problem.

dyslasia Disorders can occur in children with developmental problems of the speech device: jaws, tongue, lips, teeth. In this case, they speak of mechanical dyslalia. With the normal development of the speech apparatus, the diagnosis is "functional dyslagia." 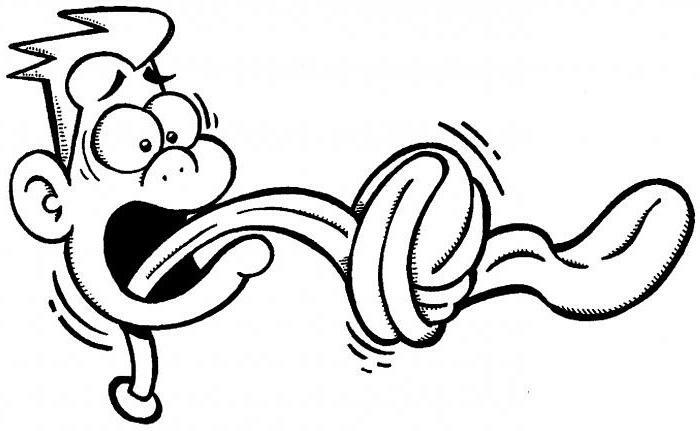 Organic disorders occur in those children who have:

- defects in the structure of the sky( it may be too high or low);

- too large or, conversely, a small language;

is an inactive upper lip.

The causes of dyslasia in children may not be related to the peculiarities of the structure of the speech apparatus. In this case, the violation of sound is due to:

- incorrect speech culture in the family;

- inability to keep the language in the right position;

- fast language transitions from one movement to another.

To understand how a disease manifests, it is necessary to understand what its forms are. Depending on the number of problematic sounds, dyslalia can be simple or complex. This is defined by the speech therapist. In the first case, the kid will not pronounce up to 5 sounds. With a complex form of dyslagia, there will be more than 5. The speech therapist can tell what parents should do if there has been a dyslagia in children. And the methods of its elimination, and the definition of the approach to treatment should be discussed already at the first meeting. 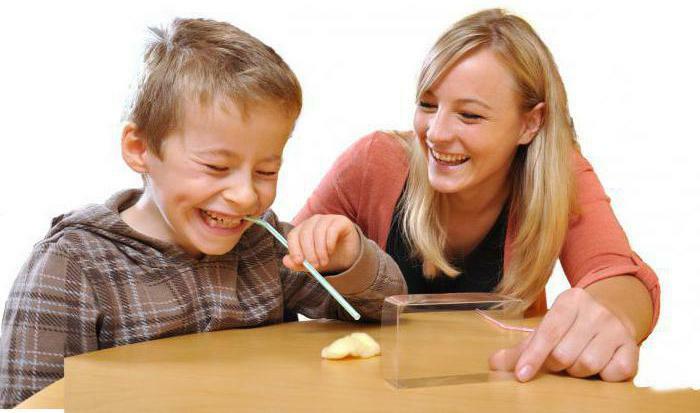 Depending on the nature of the defect, several subspecies of the dyslalia separate:

- lambdacism: problems with the pronunciation of hard and soft "l";

- rotacism: the child incorrectly pronounces a hard and soft "p";

- Cappacism: problems with hard and soft "to";

- iotatsizm: wrong pronunciation of the "i";

- chitism: a violation in the pronunciation of "x";

- defects in softening and hardness of sounds: the child can replace hard consonants with paired soft ones and vice versa;

- defects of stunning and voicing: sonorous consonants change to deaf and vice versa.

This is the manifestation of dyslasia in children. But do not be afraid of this diagnosis: with the proper work of parents and a speech therapist speech disturbance can be corrected.

When examining speech therapist determines the most pronounced signs of speech disorders. This allows you to coordinate the work of the speech therapist and make it more effective. Specialists distinguish such types of functional dyslalia:

In the first case, poor development of speech hearing leads to problems. Because of this, sounds that are close by acoustic characteristics are mixed. Sometimes the inferiority of their perception becomes the reason that the child misses them in speech. 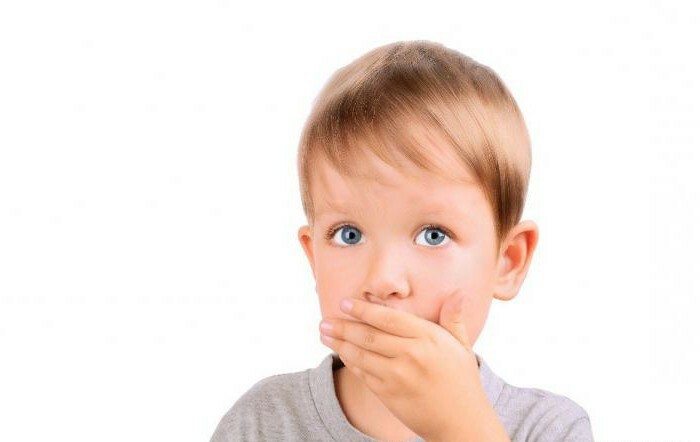 Articulatory-phonetic dyslasia in preschool children occurs when the articulatory positions are misused. In this case, the children begin to distort the sounds they are making.

In articulatory-phonemic dyslasia the child does not learn the correct position of the language, which should be in the pronunciation of a particular sound. This leads to their mixing.

That's it different - dyslasia in children. And the methods of its elimination, therefore, will also vary. Depending on the diagnosis, the speech therapist must work out the tactics of working with the child.

If there is an incorrect pronunciation of sounds belonging to the same group, for example, whistling, it is a matter of simple violations. For their correction, 2-3 months of cooperation with a speech therapist are enough, sometimes the correction can last six months. But the complex dyslasia in children, which is characterized by a violation of the pronunciation of 5 or more groups of sounds, requires a longer and more painstaking work.

In most cases, in complex forms, a phonemic hearing is impaired in children. In the process of correcting complexity, it does not arise from the fact that it is necessary to "put" a large number of sounds, but so that the child begins to hear them correctly. This takes a lot of time. It is important that the child does the tasks not only with the speech therapist, but with the parents of the home. Only with regular and systematic studies can the speech be restored in a short time.

To correct the sound reproduction in children who have problems with the speech device, it is necessary to eliminate the very cause of the pathology development. If it is too short a bridle of the tongue or upper lip, then it is enough to just cut it - and the child himself will start to speak correctly.

A bit more complicated is the situation in cases where the violations are caused by an incorrect bite. In this case, an orthodontist consultation is required. It can help fix bite with special devices even at an early age. If this is not possible, then the hard work of the speech therapist begins. It should be aimed at obtaining the necessary acoustic effect in a child with these disorders. 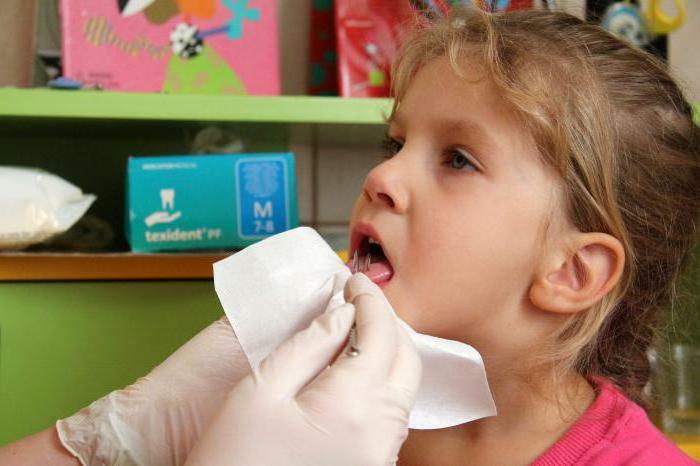 Also a speech therapist is able to help those children who have the wrong structure of the sky. Experts know how to direct the tongue of those who have a "gothic", flat or creviceal upper arch in the mouth.

Examination of the child

Before starting the exercises, the speech therapist should investigate the mobility of the child's speech device and learn from the mother about the course of pregnancy and childbirth. A variety of didactic materials allow to determine the existing defects and determine the degree of development of children. After such an examination, the speech therapist can tell if there is a dysplasia in children."Symptoms"( pronounced impairment of speech) are evaluated in conjunction with a check of phonemic perception. Only after this is diagnosed.

If the speech therapist does not notice mechanical disturbances, he will send the child to a specialized specialist. It can be a surgeon, an orthodontist or an otolaryngologist. The speech therapist can recommend to go to the last specialist if he suspects that the child has a hearing disorder. With a functional form of pathology, it is advisable to visit a neurologist. He conducts a survey of children with dyslagia to exclude general hypoplasia of speech. Though the preliminary diagnosis can put and the logopedist.

The teacher develops a system of interaction with the baby, who was diagnosed with dyslalia. The work should be aimed not only at correcting the sound reproduction, but also on the development of memory, attention, phonemic hearing. The specialist also makes efforts to develop speech motor skills. For these purposes, a special logopedic massage is done. Also part of the class is dedicated to performing gymnastics. It is mandatory if the dyslasia in children has been diagnosed. Treatment( exercises help to develop the speech apparatus) consists in working out the correct pronunciation of sounds, their automation and developing the ability to audit differentiation. 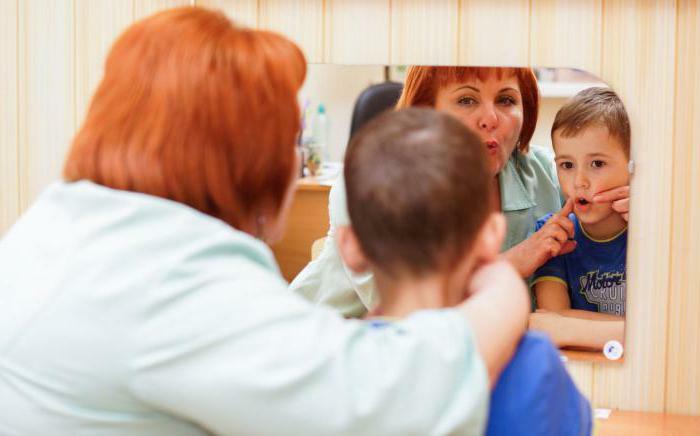 When sounding sounds, work is also done to automate them. For this they are pronounced in the composition of separate syllables and words. For the correct formulation, the imitation technique is used. If it does not work, the speech therapist can help the child with the help of a special probe, sending the tongue in the right direction.

The work of a specialist should be aimed both at correcting the sound reproduction, and on recognizing sounds, the ability to correctly pronounce them, and control their speech.

It is necessary to know all the peculiarities of overcoming dyslasia in children, because without this it will not be possible to achieve the result. To organize the work of a pair of "speech therapist - a child" it is necessary to create favorable conditions. The kid should trust the teacher, they should have emotional contact. To do this, the speech therapist needs to take care of the organization of classes in an interesting form for the child. They must encourage cognitive activity, prevent possible fatigue. 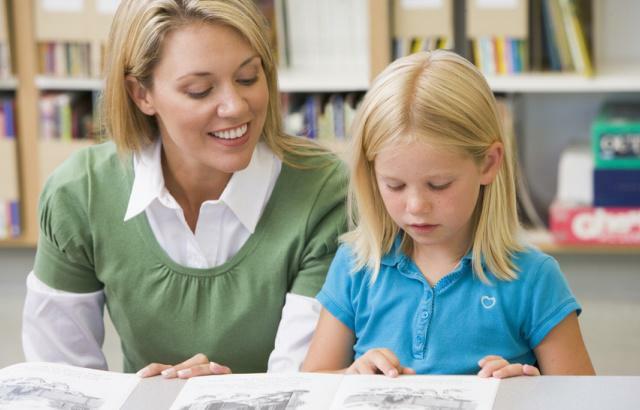 If this can be achieved, the child will be able to:

- learn to recognize different sounds and not mix them;

- to distinguish the correct sound from the wrong;

- control your own speech;

- it is easy to vary sounds in the speech stream;

- accurately identify the sound and highlight it in speech.

If parents do not want to look for materials on the topic "Children's dyslasia and methods of its elimination" in the future, they need to know in advance how to prevent the development of such a violation. 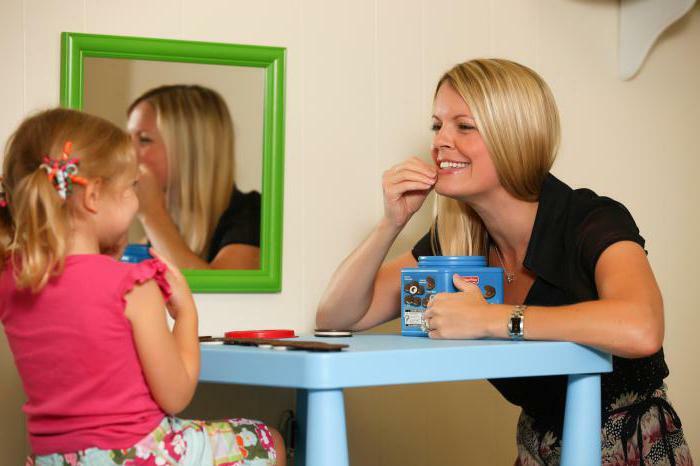 It is also important to surround the child with people with the right speech. Adults should not "lisp" with the baby, because it shapes his stereotypes of communication. The child should have several examples to follow. If one of the relatives has speech problems, then his role in the upbringing of the child should not be leading.