Reviews, instructions for "Praziquantel" are of interest to many, since the drug is considered an effective tool for fighting cestodes, trematodes. The medicine belongs to the third generation, which clearly shows its high efficiency. Reviews about Prazikvantel contain a mention that this name was not patented, it is applied internationally. In our country you can buy tablets of the same name. The use of "Praziquantel" is effective in detecting worms in the body.

A lot of medicines with a similar active substance are on sale. It is usually chosen by evaluating possible side effects and concentration of the main compound.

When will it help?

"Praziquantel" and analogues can be used for infection with worms. The drug is effective in opisthorchiasis, clonorchosis, schistosomiasis, hymenolepidosis, teniarinhose, teniosis, paragonimosis, diphyllobothriasis. When the active component gets into living tissues, the permeability of the cell membranes of the pathogens of the disease increases. This makes them more sensitive to calcium ions, stimulates muscle contraction and depresses the transport of glucose. Such a chain of influences leads to a decrease in the concentration of glycogen, at the same time with which the toxic lactic acid lactic acid is released. As can be seen from the instructions, "Prazikvantel" quickly and effectively provokes the death of parasites. 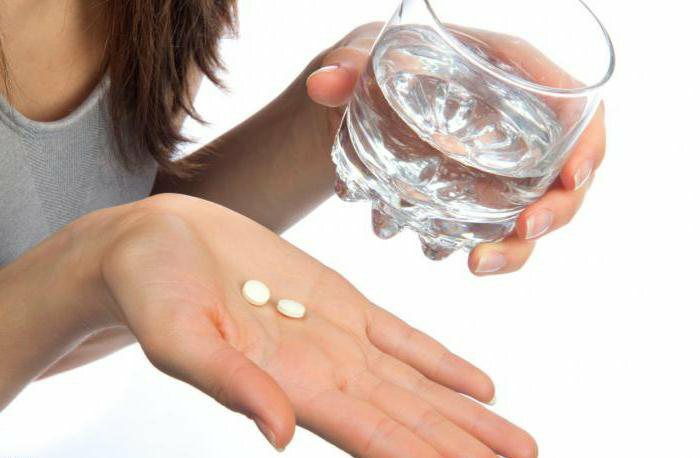 From the reviews, instructions for the use of "Praziquantel" and analogs, it can be seen that preparations on such an active compound in some cases can trigger the occurrence of side effects. Statistics show that a negative result is observed only in 10% of cases and less. In some patients, the problems associated with the functioning of the gastrointestinal tract - disturb the pain in the abdomen, develop diarrhea. Possible headache, convulsive state, some pulling into sleep. Cases of occurrence on a background of application of "Prazikvantel" of a feverish condition, an asthenia and an allergy are fixed.

It is not always possible to say for sure, the reason for the negative reaction of the body in taking a medication or is the response to the mass death of parasites. It is necessary to understand that the process is associated with intoxication of living tissues, which leads to a heavy load on internal systems.

Features of application of

All the analogues of "Prazikvantel" medication on the Russian market are preparations that can provoke adverse reactions. They can be used only under the supervision of the attending physician and on the direct order of the doctor. The effectiveness of the therapeutic program is determined by the specificity of the case, parasites that infected the body, as well as the scheme for using the medication and the doses that the patient needs to take it. Only a professional can make a correct, effective therapeutic program, and the patient's task is to follow it steadily. 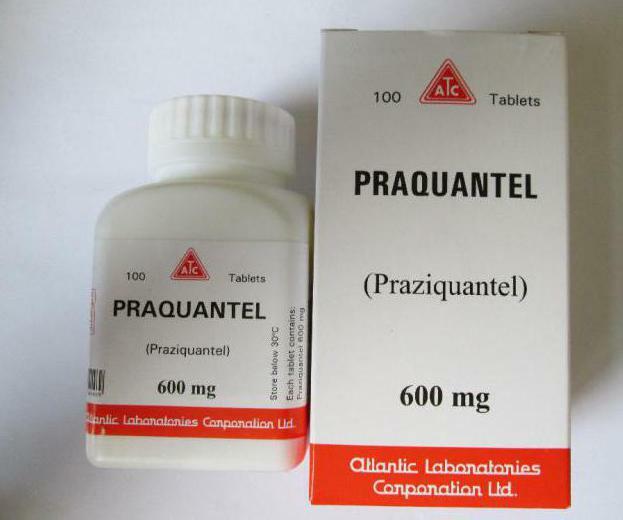 If the doctor has recommended a particular drug, you can not change it to an analog only because of a lower price. Replacement should always be agreed with the attending physician. Otherwise, there is a high probability that the therapeutic program will not bring the desired effect.

Considering analogues of "Praziquantel", this drug should be given special attention. The product is on sale in tablets intended to be taken orally after meals. Each tablet is coated with a thin film to simplify the procedure. Usually, several tablets are prescribed per day. Many doctors recommend to build "Biltricid" with vitamin complexes and drugs that improve liver function. It will not be superfluous to take medicines to bring the digestive tract back to normal. 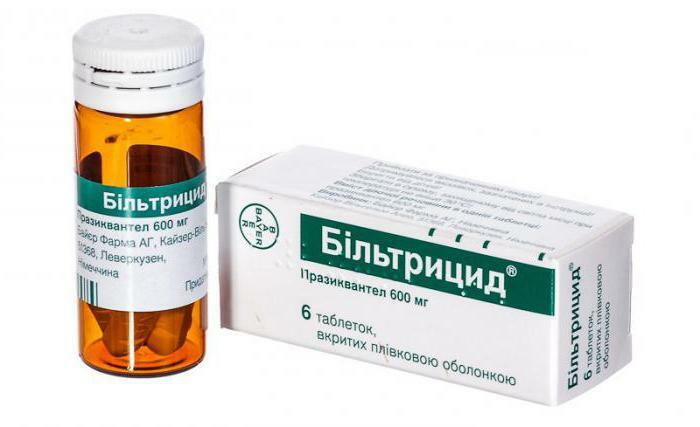 One tablet of the effective analogue "Praziquantel" "Biltricide" contains 600 mg of the active ingredient and several auxiliary substances, including starch, cellulose, magnesium stearate and other compounds. Praziquantel in the blood of the patient in the highest concentration is observed after an hour and a half since the receipt of the tablet in food.

"Biltricid" is an analogue of "Praziquantel" for humans, it is strictly not recommended to use it for animals, even if it is supposed to infect worms with worms. The drug can not be used for children under the age of four. It is forbidden for pregnant women in the first three months of bearing the fetus. If a woman is breastfeeding, it is necessary to replace the drug with another or to refuse lactation."Biltricid" is not suitable for patients undergoing anticonvulsant therapy and containing rifampicin. The cost of one package is up to 400 rubles.

Analog "Prazikvantela" "Azinox" is a drug produced in the form of film-coated tablets. This tool is also suitable for the treatment of animals and has found wide application in veterinary practice. On sale are packaging containing 10-30 tablets, each of which - 300 mg of the active ingredient and additional compounds that simplify digestibility. 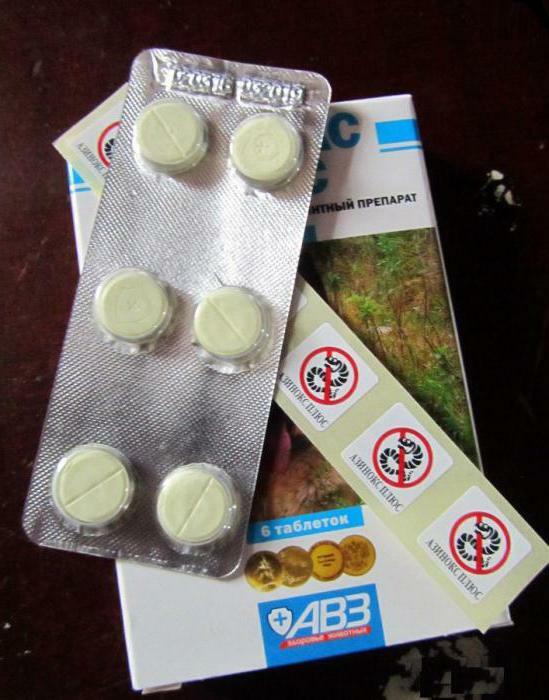 At a low concentration of the active compound, the drug affects helminths, provoking excessive muscular activity leading to death, and at a high dose adversely affects the external covering of the worms. The features of admission are determined by the age of the patient, the specifics of the infection. Do not use "Azinox" concomitantly with medicines containing dexamethasone, as well as other drugs from the group of corticosteroids, since they have a depressing effect on the anthelmintic, the concentration of active substance in the blood decreases. Analogue "Prazikvantela" "Azinox" on the average costs from 400 rubles. The price depends on the number of tablets in the package.

Tablets are intended for oral use. They can not be chewed, and for better digestibility you need to drink plenty of water. Usually the drug is prescribed a ten-day therapeutic course, daily using it three times. The manufacturer recommends that, when passing such a treatment, to give up physical exertion and, if possible, avoid problems requiring increased concentration of attention. Do not drive. 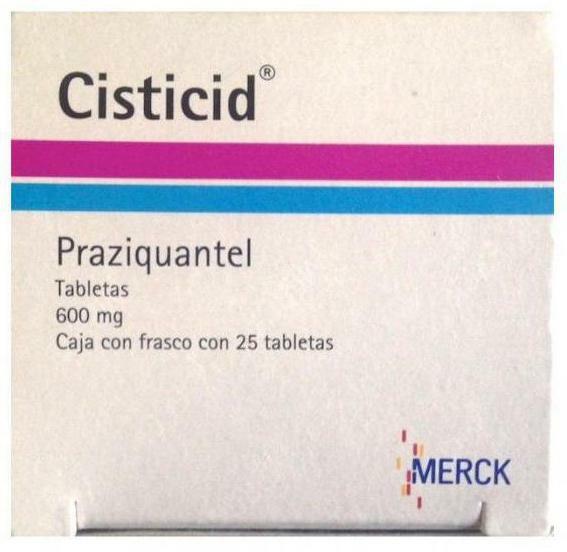 One tablet contains 500 mg of the active ingredient. The medication is registered as a representative of a group effective for intestinal helminthiasis.

Should I take it?

Currently, drugs containing praziquantel as the main substance are considered to be the most safe for humans and effective for infection with worms. Means show a good result with a variety of pathogens. It is important to adhere strictly to the recommended dosage to reduce the chance of a side effect. As can be seen from the reviews, many patients did not encounter negative reactions at all, as they followed the doctor's instructions exactly. In the pharmacy, you can choose the drug that is right for you from all the agents that have praziquantel as the active compound. Drugs differ in the concentration of this compound, the price and the manufacturer. At the same time, you should not replace the product yourself without consulting a doctor.

When to use it is impossible?

The list of contraindications for drugs based on praziquantel is relatively narrow. Above, the restrictions for pregnant women have already been indicated. In addition, funds with such an active substance should not be used if there are severe injuries, liver dysfunction, as well as an increased susceptibility of the body to the patient's main active or any other substance included in the selected drug. Means containing prazikvantel, can not be used if the eye disease is diagnosed - cysticercosis.

Neurocysticercosis: some features of

If a praziquantel-containing drug is used to correct this diagnosis, it is necessary to understand: treatment involves a risk of increasing body temperature and intracranial pressure. Some patients have malfunctioning of mental processes, there is a risk of manifestations of meningism. 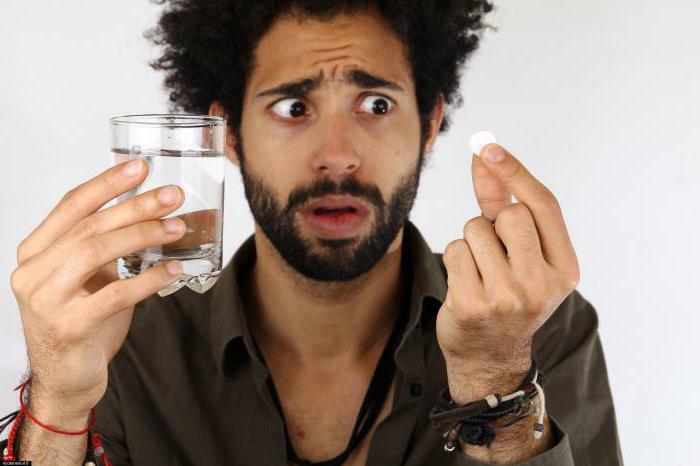 Bearing fruit: or is it still possible?

In some cases, the doctor may advise the future woman in labor to use drugs containing praziquantel if the infection with worms is detected. This is only permissible in the second and third trimester. Previously, a specialist weighs the possible risks and complications for the fetus, compares it with the likely benefits for women's health, on the basis of the collected analytics, decides how justified will be the use of the medicament containing praziquantel. A woman should be aware of all risks associated with the use of the drug in order to undergo a therapeutic course consciously.

Tablets from worms should be used very carefully when breastfeeding infants are detected. As a rule, temporarily stop lactation. Do not breast-feed while using tablets containing praziquantel, and for the next 72 hours. This is due to the ability of the active substance to penetrate into breast milk - the concentration is four times less than in blood plasma, but this can have a negative impact on a young child.

Very carefully, "Prazikvantel" and all analogs built on the same active substance should be used if the history of the disease contains a reference to hepatic impairment. If such a disease is observed at the present time, it is necessary to pay the doctor's attention to this fact. Probably, it will be possible to choose more sparing treatment or in addition to start taking medicines to support the liver.

If cysticercosis of the ophthalmic system is detected, preparations containing praziquantel can not be used, as damage to the tissues of the visual organs caused by death of parasites can develop. If a therapeutic course is prescribed to a patient with cerebral cysticercosis, hospitalization will be an obligatory stage of treatment.