Sodium nitroprusside: instructions for use

There are many drugs that have hypotensive effects. Drugs that reduce blood pressure, usually used in a complex and systematically( 1-2 times a day).Thus, hypertension is treated. In some cases, conventional drugs to reduce blood pressure do not work. Then apply stronger medicines, such as the solution "Nitroprusside sodium."This drug is not used systematically and without serious need. It is not a drug of choice for the treatment of hypertension, as well as chronic heart failure. It is used only in emergency cases, when the human body does not react to other drugs that reduce blood pressure( diuretics, ACE inhibitors).The solution "Nitroprusside sodium" can not be administered alone, without the appointment of a doctor. 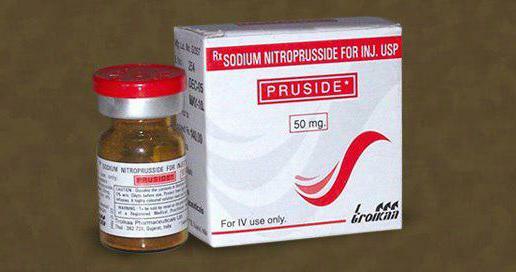 What effect does the drug have on the body?

The preparation "Nitroprusside sodium"( formula - C5FeN6Na2O) belongs to the group of peripheral vasodilators. It is represented by a substance of dark red color in the form of crystals or powder. But when cooking it, it is bred with water and used only in liquid form. Due to the fact that the substance contains a nitroso group, the use of the drug causes vasodilation. This occurs as follows: this chemical compound, upon entering the body, turns into nitric oxide and activates the enzyme-guanylate cyclase. As a result, the formation of cGMP increases, which has the property of accumulating in the smooth muscles of the vessels and causing it to relax. Proceeding from this, the drug "nitroprusside sodium" has the following effects: arterio-and venodilating, as well as hypotensive. Thanks to this, the work of the vascular system is quickly established. In addition, the solution acts on the type of cardiac glycosides, that is, reduces the need for myocardium in oxygen. This effect is achieved through a reduction in pre- and post-loading. 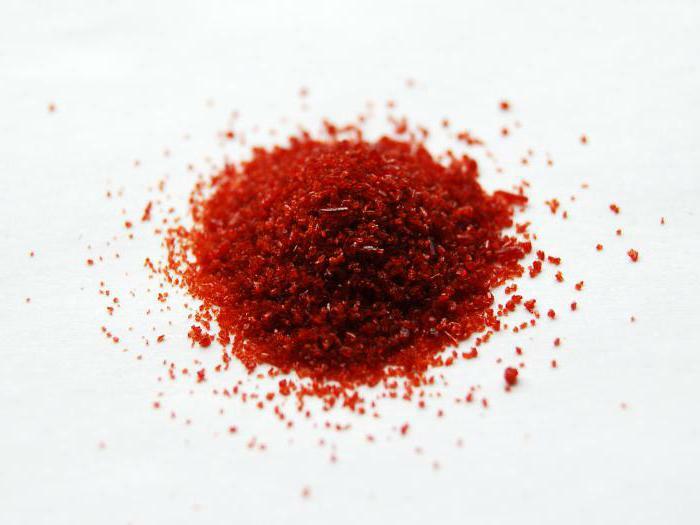 It should be understood that the drug is used only in emergency cases for serious diseases and resistance of the organism to other groups of medicines. Indications for the use of medication are:

Contraindications and side effects

The drug should not be used for hemorrhagic stroke, but also after it. It is contraindicated in people suffering from chronic kidney failure and hypothyroidism. Also, it is not recommended for people with increased intracranial pressure. The use of the drug is prohibited for children, pregnant women and people in old age. Another contraindication is the intolerance of the active substance with the development of allergic reactions. 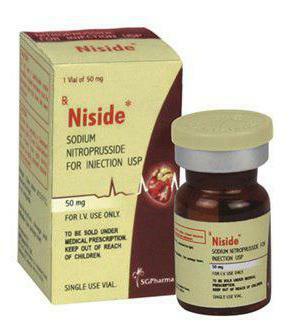 Among the side effects from the use of the drug "nitroprusside sodium" is to allocate a sharp decrease in blood pressure( in this case, it is necessary to immediately stop its administration), increased heart rate, dizziness, general weakness and nausea.

In addition to providing a therapeutic effect, the sodium nitroprusside substance is used in chemical reactions. If it is mixed with a ketone body( acetone) and placed in an alkaline medium, one can see an amazing change in the color of this compound. For these transformations, 4 tubes are used. In each place only 1 substance - sodium nitroprusside, acetone, alkali, acetic acid. In the first case, the resulting solution acquires a bright orange-red hue. This compound is further diluted with acetic acid. The color changes again, this time the liquid turns dark red or purple. 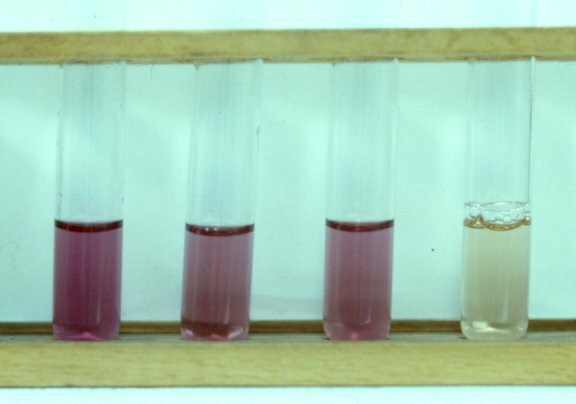 Preparation "Nitroprusside sodium": instructions for use

To administer the medication, you need to get intravenous access. Immediately before starting the infusion of the drug, it must be diluted in a 5% solution of glucose. To do this, 1 ampoule of the drug is drawn into a syringe and diluted in 5 ml of liquid. The resulting mixture is introduced into a 5% glucose vial to dissolve again. After that, the necessary dosage is selected. It varies from 0.3 to 8 μg per 1 kg of body weight. Infusion is made through the system. It should begin with a small dose, gradually increasing it under the control of vital indicators( blood pressure, heart rate, pulse).It is also necessary to establish an acceptable infusion rate of 2.5-3 μg / kg per minute. The dosage depends on the time of administration of the drug. With prolonged infusion, it is necessary to monitor the level of cyanide containing "Sodium nitroprusside" in the medication. Instructions for use should be clearly observed. 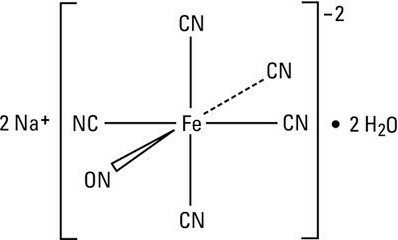 It is not recommended to use the drug and other antihypertensive drugs, since it is possible to develop a shock state. It should be noted that the use of oral contraceptives reduces the effectiveness of the medication. When the drug is combined with the drug "Dobutamine", you must carefully monitor the patient's vital signs( possibly reduced pressure, wedging in the vessels of the lungs, and an increase in the minute heart volume).