Generic - what is this? How does the generic differ from the original?

Generic - what is this newfangled word, and even in relation to medical products? It turns out that this word can be called an analogue of the drug. But only conditionally. Why? Let's try to understand what the "generic" is, what are its features and differences from the original means, why there are so many generics. Is it worth replacing them with the familiar tools of a familiar manufacturer? 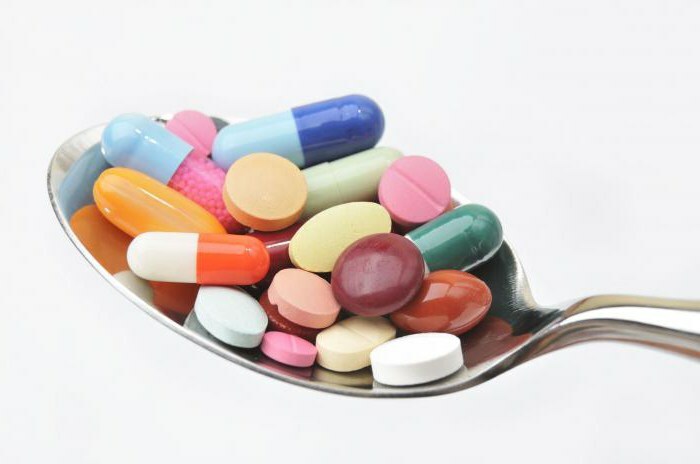 A brief summary of the generic

Generic - what is it? We will not delve deeper into the jungle of pharmacology, we will explain with a simple example. Suppose a person invents a bicycle, patents his invention and begins to sell it profitably. In the neighborhood there is a similar factory, but they can not invent something better than a bicycle. Previously, the patent was "eternal", that is, assigned to its first developer. Now the term of the patent is limited. So, if you imagine that the term of the inventor of the bicycle has expired, then the factory next door had rights to produce the same product, but at a price several times smaller than the original. Why? Maybe because the steering wheel is no longer of good steel, but of a cheaper alloy, and the saddle is not leather, but of dermantine. And the producers are newcomers to their business.

That is, the technique and technique are retained plus the main components of the composition. But the additional components can be completely different from the original. Generic drugs are bicycles from the neighboring factory. Their action should be identical, but sometimes the side effects of the generic may be stronger than from the original remedy. 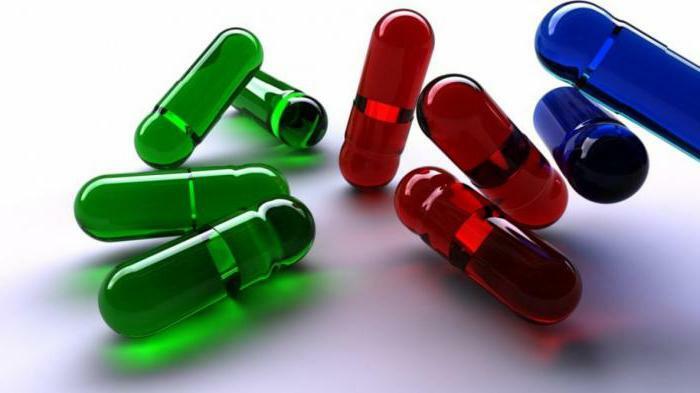 One of the answers in the previous section. Because the second bicycle is not invented, and before the invention of the motorcycle is still very early and / or there are no engineers, materials or the ability to produce it.

Generic, whose price is much lower than the price of the original "bicycle", is bought no less than its ancestral ancestor. As a result, the consumer has a drug cheaper, and the seller has a buyer. And all is well, except for some nuances. Not all generics meet the quality of the original and exactly repeat its effect. It happens at the expense of seemingly and appropriate, but not always completely repeating the original technology of obtaining. In addition, sometimes components that have undergone less severe treatment and purification are sometimes used.

Now many drugs have their "successors".Famous brands replace their generics, the list of which is very large. We will mention the most famous and compare prices.

Now he has taken and does not concede his positions in dermatology "Bepanten" - cream, the active ingredient of which is vitamin D. The only negative of this cream is the price. But the generic is replaced by inexpensive, but acting similar to the original "Dexpanthenol"( 370 and 100 rubles respectively).

Continuing the theme of creams and ointments, we recall the cream-gel from fatigue of legs and against thrombophlebitis "Lyoton".The successor is also in him - this is "Heparin acry-gel"( 370 rubles and 250 rubles first and second in comparison).

Quite expensive and effective antipyretic medicine "Nurofen"( 120 rubles.) Has a cheap analog "Ibuprofen" with a similar active substance - 40 rubles. This includes "Panadol" and "Paracetamol"( 60 and 5 rubles respectively).

The famous antibiotic "Sumamed" has a generic "Azithromycin".

For the treatment of fungal diseases, including thrush in women, the preparation "Flucostat"( 200 rubles) has long been produced. But few know about the existing analogue of "Fluconazole" at a price of 15 rubles.

"Voltaren" and "Diclofenac"( 180 first, 600 rubles a second) equally help with polyarthritis and rheumatism, but "Diclofenac" will make it much cheaper - 50-60 rubles.

For allergic reactions, including seasonal ones, Zirtek rescues. But his generic "Cetirinax" is able to eliminate symptoms of an allergy as effectively, and costs several times cheaper, like other generics. 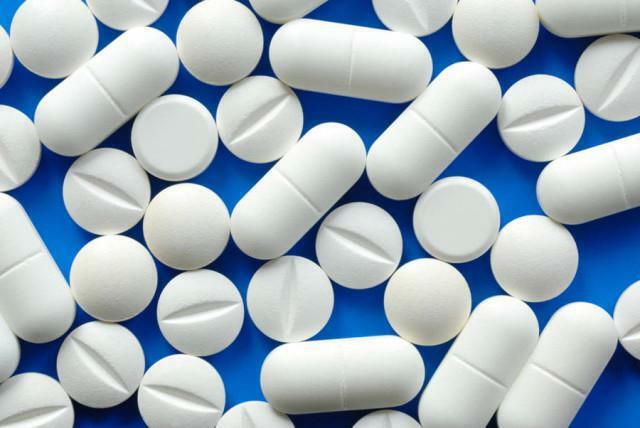 Viagra has long established itself in the market of pharmaceuticals as effective in violation of erectile function. A serious minus of the means is its price, it is quite high. To help men and their wallet - generics "Viagra": Generic Viagra( Malegra-100).The active substance in both drugs is sildenafil. It works by stimulating blood circulation in the pelvic area. The price of the generic is about 6 times lower.

Drugs vary, of course, at a price. And the manufacturer. The original drug is produced by the American pharmaceutical corporation Pfizer. The generic is made in India, which is a huge pharmaceutical monster and sells its drugs in all European countries. 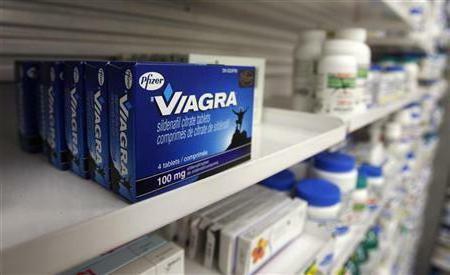 The direct competitor of Viagra is Levitra and its generic product with the same name. Here the original manufacturer is the German company Bayer, and the generic is produced by the Indian pharmaceutical company. The active substance of both the original and generic is vardenafil. Generic "Levitra" differs from the original drug in that the active agent in the second is stated in three dosages - 5 mg, 10 mg and 20 mg, then so the Indian remedy is available only in one version - with vardenafil in the amount of 20 mg. 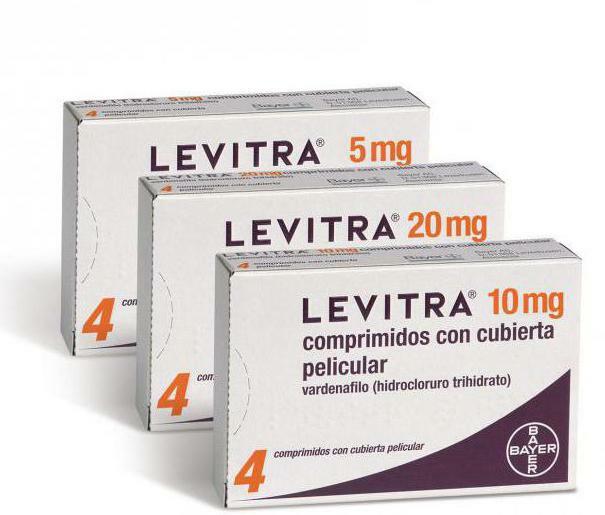 There is an opinion about the generic that this is almost a fake. This judgment is erroneous. In most cases, the generic is in no way inferior to the original. But sometimes a doctor can not only write out an expensive original remedy, but also strongly recommend buying it. Why does this happen? Does the doctor benefit from this? In fact, a specialist, recommending the original, is not looking for benefits for himself, but for you. Especially when it comes to treating a child or a person with concomitant chronic diseases. The point is in the degrees of purification and special technology. For some drugs, expensive equipment is needed, and they can not cost cheap. Generic can have a similar composition, but non-compliance with technology leads to a deterioration in quality and effect. Also, a snag may be in the form of a drug release. For example, a pediatrician, most likely, will write out "Summamed", but not "Azithromycin", because the first is released in syrup and suspensions, the second - only in capsules, which the child is difficult, and sometimes impossible to swallow.

Also, if we talk about the Levitra drug described above, then patients aged and with high blood pressure are advised to take the drug, starting at a dosage of 5 mg. As we remember, the generic is available only in the version of 20 mg. It is not very convenient to break a tablet into four parts, it's easier to buy an optimally dosed version of the original.

Well, in general, generics( reviews about which are quite positive in most) - a good option for a limited budget. As at some of them the price can be more low in tens times. 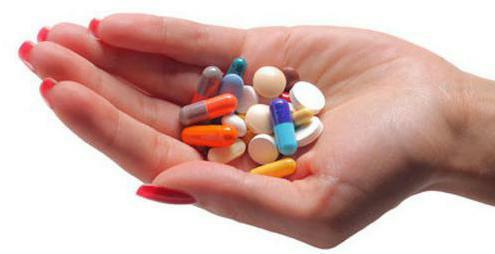 When it is advisable to buy a generic. Reviews

Above we examined what the drug, "heir" is different from his "ancestor", and when it is worth buying exactly the original. And how about generics? Reviews about the drugs in most cases correspond to the reviews and about their "successors".That is, if the original is suitable for the person( which is the maximum of the action and the minimum of side effects), then, most likely, the generic also will approach. In addition, his purchase will significantly save the budget. The only thing that we would like to emphasize: consultation of a doctor is necessary both when buying the original product, and when buying a generic. 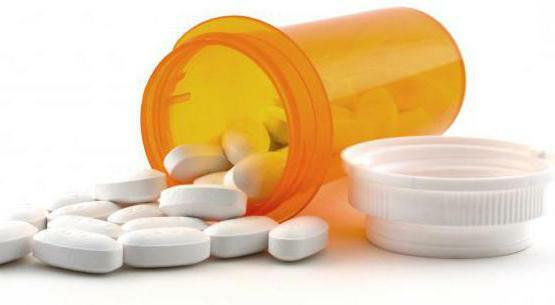 Generic - what is it? Replacement of old drugs with new, cheaper ones? And yes, and no, because there are differences.

Sometimes they are quite significant, as, for example, the degree of purification of the components of the preparation or the amount of the main active substance. And sometimes it's just a matter of release.

In any case, before you buy the product, carefully study the composition. For example, in the case of Panadol and Paracetamol, the composition of the preparations is similar, and the price differs quite significantly.

To pay attention at purchase of a generic it costs on quantity of acting means. It can be different.