The benefits of salt for health have been known for a long time. It is no coincidence that seaside resorts were considered the most healing. And the healing effect is there itself air, saturated with ions of salt. But now, in order to get such a treatment session, it is not necessary to go to the resort. Salt caves, recreating natural conditions, are in all major cities. This method of treatment is called speleotherapy or halotherapy and is recognized by all physicians. A salt cave is especially useful for children. Comments of doctors and parents mark its favorable impact on the health of the child.

Salt has long been considered not only a food product, but also a means of healing. It is no coincidence that the salt mines were protected not worse than the gold mines. The benefits of caves with salty air were known even in Ancient Greece. But this method of treatment began to be used only in the 80s of the 20th century. Scientists have proved that small ions of salt, saturating the air, have a high penetrating ability. When inhaled, they clean the respiratory tract, destroying the bacteria. In addition, this air has an anti-inflammatory effect, improves gas exchange and ventilation of the lungs, accelerates metabolic processes. 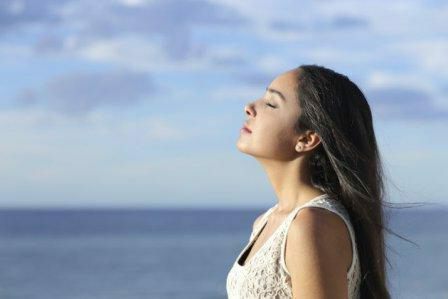 As an alternative to a trip to the sea, there are now salt caves. They are in all the sanatoriums, but in the big cities they open salt rooms. This method of healing is known for a long time as speleotherapy or treatment with air saturated with ions of salt. A speleocamera or a salt cave imitates the atmosphere of natural caves. The walls in such rooms are lined with blocks of salt cut from real salt caves. But there are not many such places.

More common now are halochambers or salt rooms, in which salt only covers the walls with a thin layer. And the necessary atmosphere is created at the expense of sprayers. Basically, common salt is used, sometimes with the addition of potassium and magnesium. But in sanatoriums, sea salt is most often used, which is more useful.

Not all doctors consider saline rooms to be useful. They will not help get rid of serious diseases. But as a method of recovery for children with reduced immunity and frequent catarrhal diseases, salt caves are very effective. They help to improve health without going to the sea.

What are the salt caves?

Modern salt caves, which are in all major cities, are a room whose walls and floor are covered with salt. For the convenience of visitors there are soft sunbeds. In the children's corner there are many toys, in many salt rooms there are TVs. Colored lamps provide soft lighting. In addition, a certain temperature, humidity and saturation of air with salt ions are constantly maintained here.

The main health element of this room is the halogenator. This is the device that sprays the smallest particles of salt. Such an aerosol penetrates the respiratory tract, destroying in its path all pathogenic microorganisms. It also has an anti-inflammatory and expectorant effect. Therefore, salt caves for children are so useful. Parents' reviews show that several sessions in a similar place improve the state of health and immunity of the child.

The atmosphere in the salt cave is special. The air is completely devoid of bacteria and allergens. It is dry and saturated with ions of useful minerals. Most often in salt chambers, in addition to sodium salts, potassium, magnesium, iodine, manganese, zinc, and iron are used. 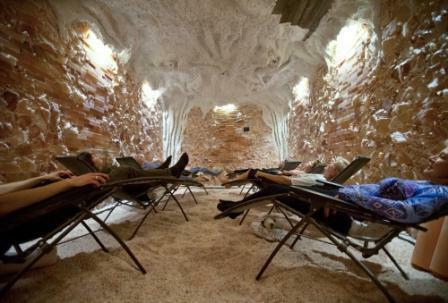 What is a salt cave useful for children?

Parents' notes indicate that halotherapy sessions helped their child resist illnesses. After salt-saturated air strengthens the immune system and cleans the respiratory tract from pathogenic microorganisms. As a result, the child is less likely to catch cold, and even almost allergic reactions do not occur. This is especially noticeable in the presence of allergic dermatitis. After several sessions the skin of the child is cleared.

Many doctors also talk about the benefits of salt caves for children. Their comments indicate that halotherapy has a calming and relaxing effect. Therefore, such sessions are often recommended to hyperactive children. After the course of halotherapy, sleep is normalized, nervousness and fears pass. The child improves mood, increases efficiency.

Halotherapy is an excellent alternative to drug treatment. In chronic diseases or in a mild form of airway pathology with the inhalation of saline air, the patient's condition can be significantly improved. In addition, such a fine aerosol is saturated not only with sodium salts. If salt is used in the halochamber or enriched with other minerals, such air saturates the child's body with the necessary substances. This is especially useful in the violation of the thyroid gland and the lack of iodine, as well as for the correct formation of the bone system in the child. 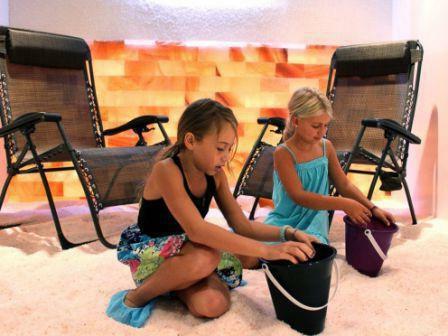 How passes the session

Reviews of salt caves for children note that the sessions do not cause any discomfort. Kids are there in the presence of their parents. Half an hour that the session lasts, fly by unnoticed, because the children have something to do. In the children's corner there are always a lot of toys, you can paint or polpit kulichiki from salty sand. Sometimes it is suggested to watch TV.You can not run around during a session, make a lot of noise, as this can interfere with other patients. It is also not recommended to sleep, since during sleep, breathing becomes shallow and the procedure does not give the desired effect.

Before the entrance, all visitors are offered to take off their shoes or put on shoe covers. In addition, disposable gowns are sometimes offered. But in many places children are recommended to be in a salt cave in panties, since the aerosol, saturated with ions of salt, penetrates the body not only through the respiratory tract, but also through the skin. To walk barefoot on salt to a child is also useful, it is a kind of foot massage and flatfoot prevention.

It is not recommended to be in a halochamber in clothes made of artificial materials. Many salt caves give out special shoe covers, hats and sheets. You also can not rub eyes during the procedure, as there may be irritation. Approximately one hour before the procedure, it is not recommended to eat tightly or undergo increased physical exertion. And after a half-hour session, you can not eat or drink anything.

Reviews of visits to salt caves by children are mostly positive. But some parents note the increase in cough after 2-3 sessions. Doctors believe that this is normal, since the process of cleansing the respiratory tract from mucus began and the state of the child will only improve. 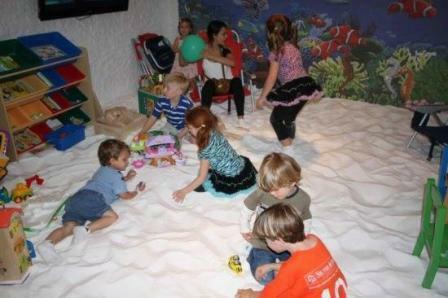 Not all doctors recommend halotherapy as a remedy. But if the child is often sick, has chronic respiratory illness, if he is an excitable and moody, you can consult a doctor about the need to visit the salt cave. Indications for these health sessions are such pathologies:

The benefits of halotherapy for respiratory diseases

It is recommended to visit salt caves for people who often suffer from colds. After all, this air most strongly affects the airways, clearing them of toxins, facilitating breathing and diluting sputum. Because so many positive reviews about salt caves in children with asthma. However, such treatment should be carried out according to the doctor's prescription as part of complex therapy. And you can only visit the salt caves outside the period of exacerbation. In this case, salty air penetrates deep into the respiratory tract, strengthening the walls of the bronchi and clearing them of mucus. As a result, the ventilation of the lungs improves, their vital volume increases, and gas exchange also improves.

If the child regularly visits the halochamber, he will be less sick, as his immunity will be strengthened and the work of the respiratory system will be normalized. This is especially useful for chronic tonsillitis, pharyngitis, laryngitis, or adenoids in children. Reviews of the salt cave in such cases indicate that the child's condition improves, exacerbations occur less often, and it becomes easier to breathe. 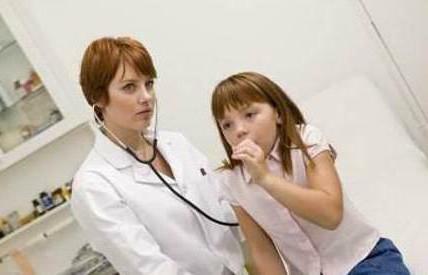 The advantages of halotherapy

This method of recovery is best used as part of complex therapy. It is great for preventing seasonal colds and for strengthening immunity. Compared to other preventive measures, halotherapy does not have side effects. If applied correctly, after passing the full course, such positive results are observed:

How correctly to apply halotherapy?

Reviews of doctors about salt caves for children are contradictory. Some consider them useless. But, basically, pediatricians recommend parents to take children to halotherapy sessions for general health improvement. Visiting salt caves will not harm and will even be useful for those who often suffer from cold diseases. But this treatment is recommended only for children older than a year.

Like all treatment procedures, halotherapy should be conducted by courses. It is recommended to pass at least 10 sessions to feel the result. Only during this time the body can purify itself of toxins, strengthen immunity and normalize the activity of the respiratory system. The duration of each session is determined by the doctor depending on the state of health. Usually for children this is 30-40 minutes. To maintain immunity, it is recommended to take 3-4 courses of halotherapy per year. Sometimes doctors also advise visiting the salt cave once a week regularly, this will help maintain and consolidate the healing effect. 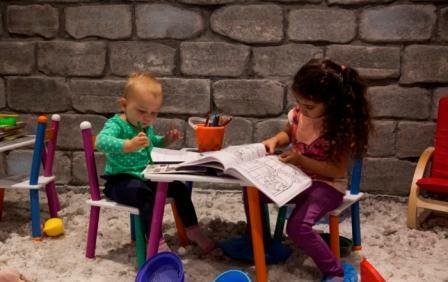 Who should not visit salt caves?

Despite the fact that many doctors do not recognize the therapeutic effect of halotherapy, such recovery still has its contraindications. Therefore, it is not recommended to drive children to the salt caves without consulting a doctor. Reviews about halotherapy do not contain information about the negative effects of such sessions. But still it is not recommended to drive children with such pathologies into the salt cave:

Many parents are already familiar with this method of recovery. Moreover, in large cities salt caves are opened not only in polyclinics or sanatoriums. They are in private medical centers, beauty parlors and even in kindergartens. And most parents leave positive feedback about salt caves for children. In Moscow, the price of visiting the halochamber is 300-500 rubles, and a child under 7 years old is free of charge. If you buy a subscription for a full course, it will be cheaper. Parents note that such treatment costs 1.5-2 thousand rubles, but it allows you to save on medicines, because the child is less sick. 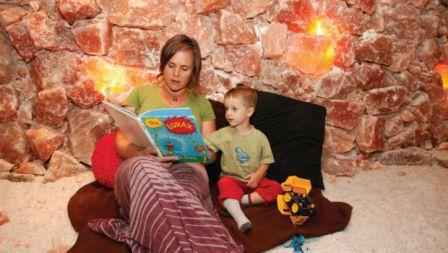 Most of the young visitors to the halochamber are satisfied. The fabulous interior of such rooms, with walls covered with salt crystals, with soft bizarre lighting and salty sand on the floor, with which you can play - all this leads the kids to delight.

Children like not only the atmosphere of the salt cave and the abundance of toys. The air, saturated with ions of salt, affects positively the mood of the child. Even the most capricious and nervous baby after the session becomes calmer.

In modern cities, the air is so polluted that so many people suffer from chronic bronchopulmonary diseases since childhood. Reduced immunity and frequent colds also characterize modern children. But medication is not an option, as many drugs have side effects. Therefore, often doctors recommend parents safer methods of recovery. One of them is halotherapy.

But many experts leave negative reviews about salt caves for children. Komarovsky and some other well-known children's doctors believe that halotherapy is useless and can not protect the child from illnesses. But if a baby in a salt cave breathes easier, he becomes calmer, then there is still a benefit.