Dogs, like people, can get sick. Some ailments, inherent in animals, are very similar to human. Therefore, for such a pathology as incontinence, use the drug "Propalin".He is also appointed in the postoperative period. For example, if the pet has survived sterilization.

Like any medicine, "Propalin" has its own analogues. They are similar in pharmacological properties, but they are different in name and price. Basically, the substitute for the drug is also used often: the analogue of "Propalin" is not much different, it is almost completely similar to the acting agent. In addition, similar drugs can be purchased in a regular pharmacy, where drugs are sold to people. 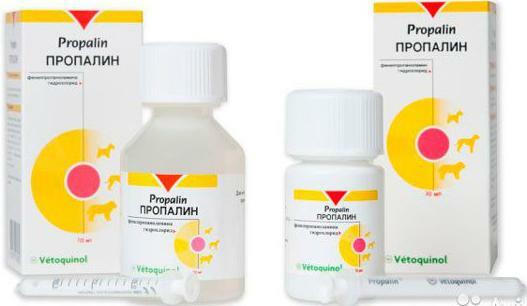 This drug contains an active substance, called phenylpropanolamine hydrochloride. The drug acts on the receptors, improves the work of the muscles of the urinary tract. The maximum effect of the drug is achieved after 1-2 hours after application. It has the characteristic of rapidly and unobstructed absorption from the gastrointestinal tract.

is excreted from the body of animals along with their waste of life. It contributes to the elimination of such problems as leakage of urine or its incontinence, which has arisen in the case of various factors, one of which can be the age of the dog. As a rule, they suffer from this disease more often than young animals. The cause may also be surgical intervention. Therefore, the use of this drug successfully copes with this pathology. 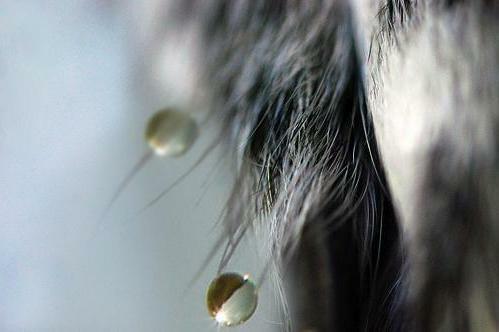 Form of production "Propalin" and its analogues

The preparation "Propalin" is a solution for oral administration. It is produced in plastic bottles containing 30 or 100 ml of active medicinal product. In one set there is a preparation and a syringe dispenser, and also an instruction that describes the proper use of this substance.

"Propalin" is a syrup, it can be stored for up to two years with proper operation and storage conditions. After opening the bottle the drug is allowed to use no more than 3 months. If the expiration date of the medicinal product has expired, it is prohibited to use it. Store it in an isolated place, away from feed and various foods. Ideally, if it is a place sheltered from sunlight. The temperature during storage should be 15-25 degrees.

The main analogues of "Propalin" are "Ovestin" and "Dietrin".The form of release of the first medication is various: tablets, ointments, suppositories. This preparation should be stored in a place isolated from direct sunlight, at a temperature not exceeding 25 degrees Celsius. Another analogue of "Propalin" - "Dietrin", which is available in tablets. They also consist of the active substance - phenylpropanolamine hydrochloride. 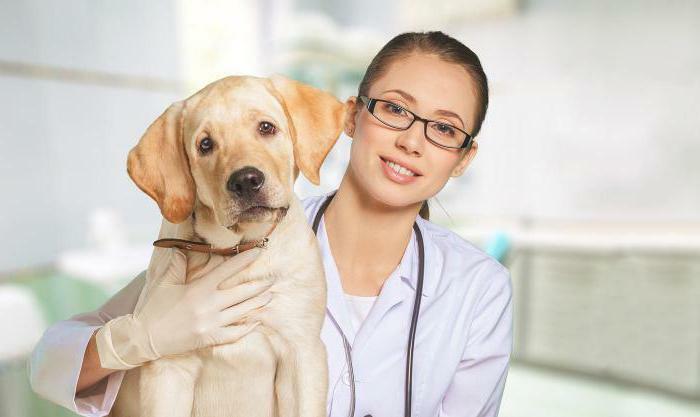 Indications for the use of "Propalin"

This drug is prescribed for female dogs with urinary incontinence, which arises from a malfunction and poor performance of the urethral sphincter. It is also indicated if it is observed:

If you need to use drug substitutes, such as "Dietrin" and "Ovestin", you should consider some features in the appointment of medications. For example, the first medicine is used to regulate the body weight of the animals. In its composition it contains the same active substance as Propanol, phenylpropanolamine.

Use the drug until the animal is fully recovered. Basically, this drug does not have any side effects, so it is shown to any dog. But, if they are available, stop using for a while, then try again using the same amount of funds.

Another drug is used when it is necessary to treat dogs in the field of gynecology if they have a deficiency of a female hormone. Therefore, in this case, use the analog "Propalin" - "Ovestin".It, in addition to the active substance, contains the necessary estrogen. 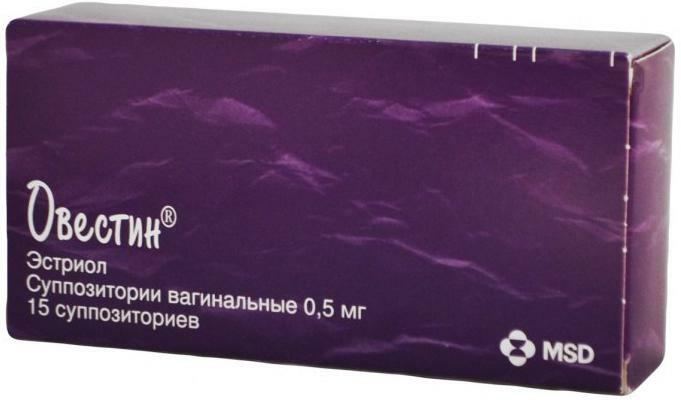 Many people face such a problem when they can not find the required drug. What to do in this case, than to replace "Propalin"?As you have already understood, this veterinary drug is similar to "Dietrin" and "Ovestin" for pharmacological properties. Therefore, they are often used in the absence of a prescription prescribed by a veterinarian.

"Dietrin" for dogs is ideal. It is used to control the body weight of an animal. The drug is an anorexigenic substance of central action. Available in capsules of 10 pieces. Each contains 75 mg of phenylpropanolamine and 9 mg of benzocaine. Contraindicated in pregnant dogs and lactating females. In addition, it should be used on the recommendation of a veterinarian.

"Ovestin" for dogs serves as an excellent estrogen preparation. He actively influences gynecological diseases, eliminates all the problems manifested with age. In this case, he treats incontinence in pets and other manifestations that have arisen because of a lack of estrogen. Pharmacological agent is produced in 3 forms: tablets, suppositories and cream. Each option contains natural estrogen. Take this medication at the same time, observing the dosage and the interval after taking the previous capsule. Act according to the scheme given in the description of the drug. 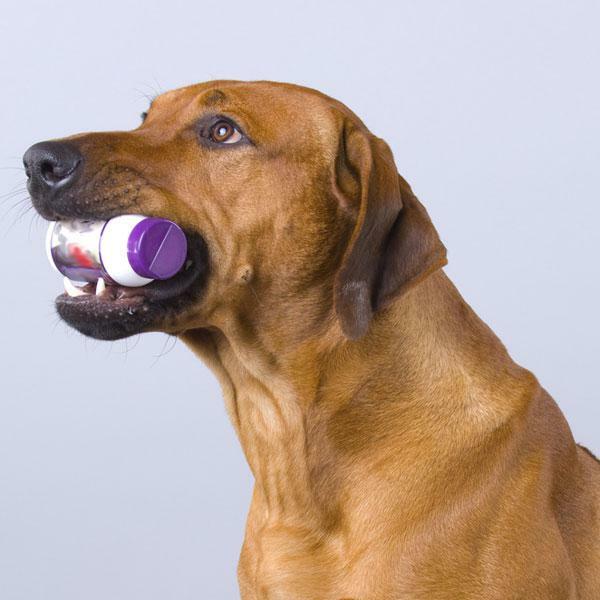 Instruction for use of "Propalin"

"Propalin" for dogs is used every day, without breaks. It is given to the animal during feeding 2-3 times a day. Dosage of the drug is 0.3 ml per 10 kg of animal weight 2 times a day, or 0.2 ml also per 10 kg of body weight, but 3 times a day. This application completely corresponds to 1 mg of phenylpropanol amide hydrochloride per kg of animal weight. There are rules for the use of the drug "Propalin".The instruction contains the following recommendations:

Components of the drug "Propalin"

Composition of the product is a synthetic sympathomimetic. As an active substance, it contains phenylpropanolamine hydrochloride. The drug has a concentration of: 1 ml of the drug is 50 mg of the active ingredient and the auxiliary( syrup sorbitol).The preparation itself has a colorless, transparent suspension, uniform in appearance. Can be produced in vials of 30 and 100 ml. In the kit with the preparation there is a syringe-dispenser. 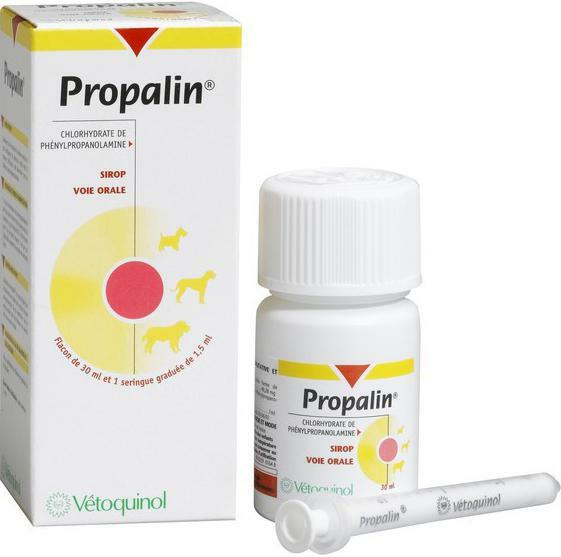 Side effects of "Propalin" and its analogues

Any medicines have side effects that develop when the drug is used or stored incorrectly, and also when it is used after the expiration date. So, "Dietrin" for dogs can be dangerous. Among its side effects, there are allergic reactions that occur not in all animals. This is due to the individual intolerance of any components of this pharmacological drug."Ovestin", for dogs that you bought, can cause similar side effects with the previous medicine, since it has similar pharmacological properties and is used to treat the same disease. 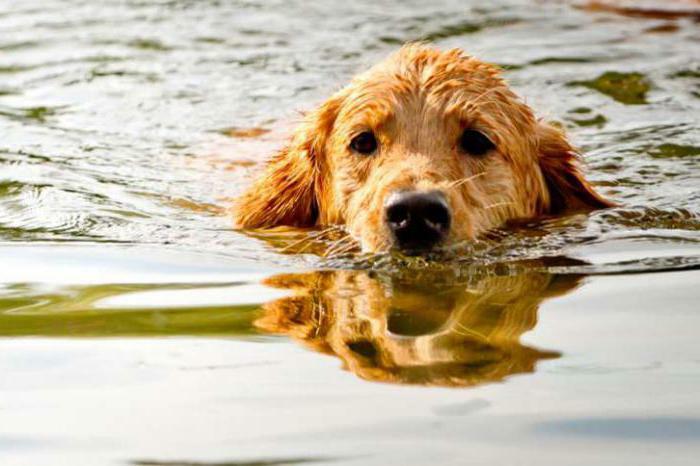 The price of the drug "Propalin"

The cost of any medicine can vary depending on the area of ​​residence, the network of pharmacies and the amount in the purchased packaging of the drug called "Propalin".Its price ranges from 300 to 400 rubles per bottle 30 ml, from 800 to 1500 rubles.for 100 ml.

Contraindications to the use of "Propalin" and its analogs

The drug "Propalin" and its analogs - "Dietrin" and "Ovestin" - are potent pharmacological agents. Therefore, they have some contraindications. They are not recommended for use in the following cases:

It is also prohibited to use this drug and its substitutes together with other drugs: psychotropic, anticholinergic, sympathomimetics and other potent drugs. Such a combination can cause complications in animals. Before giving the drug to the dog, it is necessary to visit the veterinarian and consult how to properly apply the product. 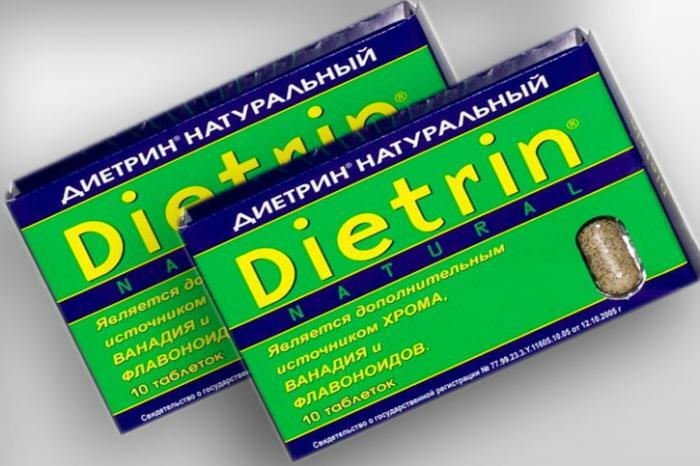 If you can not buy the drug itself, it can be successfully replaced with analogs that are available in any pharmacy. Their cost in many respects is similar to the price of "Propalin".Therefore, you do not have to overpay, and the effect will remain the same. The price of "Ovestina" and "Dietrina" varies between 1500-1700 rubles. The cost also depends on many factors: the territory of residence, the volume of the medicine, the pharmacy selling the medicine with a greater or less surcharge, etc.

Instruction for the use of analogues

Substitutes of "Propalin" have a similar instruction for use."Ovestin" and "Dietrin" should be used strictly on the recommendation of the veterinarian, observing the dosage of the drug and the recommendations described in the instructions for use. In addition, it is necessary to take precautions when using various drugs, not forgetting about personal hygiene.

Each preparation is calculated by the body weight of the animal and is used strictly for the purpose - in the presence of diseases associated with urinary incontinence or its leakage. The dosage of the drug "Dietrin" is due to the body weight of the dog and its age. In general, adult animals are prescribed half a tablet a day during feeding. It is advisable to give the dog water immediately after taking the medicine.

Analog "Propalin" - the drug "Ovestin" - is also dosed by body weight, depending on the severity of the disease and the lack of estrogen in the dog, because this drug is hormonal. Daily use of this drug should not exceed 8 ml. 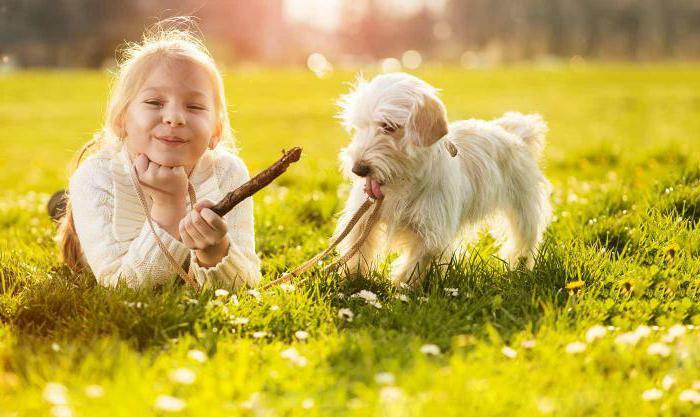 Precautions for the use of "Propalin" and its analogues

When using this drug or its substitutes, it is necessary to observe some safety measures that are designed to work with any means."Propalin"( for dogs) and its synthetic analogs include the following preventive methods:

In case of emergency, for example, after it has been consumed, the animal has become ill or has had any side effects, the dog should immediately be shown to the veterinarian and the prescribed examination should be performed.