Vitration of oocytes: what is it?

In recent years, extracorporeal fertilization has been developing very rapidly. This procedure is no longer considered something incredible and inaccessible to ordinary people. ECO is carried out all over the world. Specialized laboratories and clinics are available in every major city. Annually, new, improved approaches to fertilization are being developed. Thanks to the development of this method, many infertile couples were able to become parents. Often when collecting information on IVF, women are faced with such a concept as vitrification of oocytes. By this term is meant a relatively new procedure, which allows to improve the quality of the oocytes. The concept of "vitrification of oocytes" - what is it?

To understand how the vitrification process takes place, it is necessary to have an idea of ​​in vitro fertilization. This procedure involves the collection of female reproductive cells( oocytes) from the ovary. Then they are cleansed and fertilized by the partner's sperm or donor( if the husband can not have children).After this, the zygote that began to divide is placed in the uterine cavity. Oocyte vitrification is a procedure similar to cryopreservation of oocytes. However, it is more refined. By vitrification is meant the freezing of immature sex cells. As a result, oocytes can be stored for a long time. Despite the "frozen" state, the vitrified cells remain viable. This procedure is considered a huge breakthrough in medicine, because thanks to it, women have the opportunity to have a child even in the absence of reproductive organs. 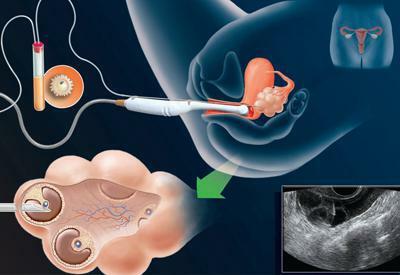 What is the purpose of vitrification of oocytes?

In Europe, concepts such as cryopreservation, vitrification of embryos and oocytes have been known for a long time. This can be judged by western films dedicated to medicine. In the post-Soviet countries, doctors are also familiar with these terms for several decades. Nevertheless, these procedures have become available to patients recently. In most cases, oocyte vitrification is performed for in vitro fertilization. When carrying out the freezing of immature cells in this way, the woman has a better chance of successful IVF.The first batch of oocytes isolated from the ovary may not settle down. In this case, repeated sampling of the material is not required, since there are already vitrified cells. In addition, there are cases when the infertile couple asks about the preservation of oocytes for a long time. Often this is required for various pathological conditions in which a woman can not have children. Also with such a request apply to patients preparing for an operation to remove reproductive organs.

At what pathologies do egg vitrification recommend?

Vitrification of oocytes and embryos is a paid procedure, accessible to all comers. There are no special indications for it, nevertheless it is needed only in specific cases. This does not mean that some women can not afford to vitrify their cells. Nevertheless, in the absence of reasons for freezing oocytes in this way, patients are recommended cryopreservation. Most often, vitrification is performed under the following conditions: