Paget's disease of the breast: symptoms and treatment

Paget's disease of the breast is a malignant pathology that affects the apocrine glands. Occurs now relatively rare. It is accepted to distinguish two large types of disease. For each, their own approaches to treatment have been developed. Both variants are distinguished by the formation of Paget cells - tumor formations of quite a characteristic form and variety. Mammillary Paget's disease of the breast is an oncological pathology that covers the nipple. Of all the situations of malignant transformation of breast cells, this is typical for three percent of cases. Pathology is observed in a variety of patients, regardless of gender. Mostly, the risk group is people who celebrated the fiftieth anniversary and older. It is known that for women the probability of development of the oncological process is higher, but in the male body it is more difficult to defeat, the current is more severe. Distinctive feature of the form - the epidermis of the nipple, areola strongly vary under the influence of transforming cellular processes. 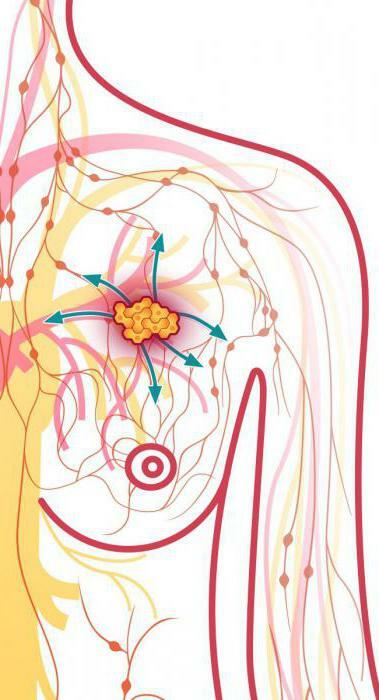 Up to 70% of all cases when this form of Paget's disease of the breast was detected, in addition to patients, other malignant transformations of the breast cells were detected. As a rule, oncological processes affect more deeply located structures.

The second type of

Extramillary is a form that often develops near the reproductive organs, anus. The armpits, navel and other non-standard areas suffer less often. Negative processes occur in the dermis, apocrine glands. Up to a quarter of all cases are accompanied by other oncological processes in the skin on a deeper level.

Where did the trouble come from?

As it was possible to reveal to doctors, Paget's disease of the mammary gland is provoked by the features of the vital cell cycle encoded in DNA.It is normal to create cells, grow, multiply, gradually die. Apoptosis is a term applied to the phenomenon of programmed death. Malignant formations are created from cells in which the death program is broken. Apoptosis for them is simply not available, the cells seem to acquire immortality, endlessly sharing, which leads to the growth of education.

At the doctor's reception, you can see many frightening photos of Paget's disease of the breast. This appearance of the pathology is caused by negative processes that affect the apocrine skin glands, which can normally produce sebaceous components that prevent the drying of the skin. Such glands are in the most different parts of the body, but near the nipples their concentration is much higher. Similarly, the number of glands in the area of ​​reproductive organs and armpits has been increased.

About the causes of

According to reviews of medical workers, histology, photos, Paget's disease of the breast develops gradually. The doctor will necessarily consider the possible factors that provoked pathology. More often the changes are caused by other oncological processes, and the one we are considering develops only as an additional complication. Many scientists are of the opinion that the mechanism is the following: cells with damaged genetic structure can migrate from different parts of the gland directly to the nipples.

There is an alternative option that explains how the Paget's disease of the breast develops. Patanatomy, in particular, has found many confirmations of the fidelity of this hypothesis. Probably, keratinocytes mutate, which leads to negative processes of the cells forming the nipple. This is what initiates a serious and rare ailment.

Know the symptoms of a Paget's disease of the breast if you are at risk. The likelihood of getting sick is higher with the following aspects:

As doctors say, the symptoms of Paget's disease of the breast( photos show that the disease often proceeds quite unaesthetically) are as follows: Symptoms, treatment of Paget's disease of the breast are currently relatively poorly studied, although scientists have found that at later stages, the nipple is either destroyed or drawn into the chest. The statistics show: with a detailed examination of patients in one case, three of them in the chest find seals.

If there is a suspicion of pathology, do not search the Internet for photos of the stages of Paget's disease of the breast, you should immediately write to the doctor. Independently to determine the pathology is almost impossible: as can be seen from the statistics, at the initial stages people turn to help very rarely, simply not realizing the scale of the problem. To save your health and life, with any doubtful symptoms you need to visit a doctor, go through a comprehensive examination and only on the basis of tests make a decision about a suitable therapeutic program.

The classic method of pathology detection is histological analysis. For the study take samples of tissues of the diseased part of the body. With the use of modern equipment in the laboratory, Paget's cancer cells are being looked for. If the tumor processes, localized in other tissues of the breast, are additionally detected, the imaging is mandatory. To clarify the result, they can direct to a specific X-ray, ultrasound. A biopsy of breast tissue is done. The main problem of

As you can see from the statistics, patients are often treated at the late stage of Paget's disease of the breast, which significantly limits the doctors' abilities and worsens the pathology forecasts. To some extent, this is due to the low prevalence of the problem: at first, many mistakenly mistook it for less dangerous dermatological diseases, and they are treated. Prescribe steroid drugs that reduce symptoms, bring relief, although they do not allow you to cope with the problem.

When diagnosing it is important to establish a precise diagnosis, exclude the possibility of psoriasis, dermatitis, eczema, mycosis. Similar manifestations can provoke Bowen's pathology, histiocytosis. It is known that melanoma manifests itself that way. The doctor's task is to assign a sufficient amount of tests so that you can accurately identify which of the listed problems is observed in a particular case.

The treatment method is determined based on the pathology stage, the nature of its course, the presence of accompanying oncological diseases. 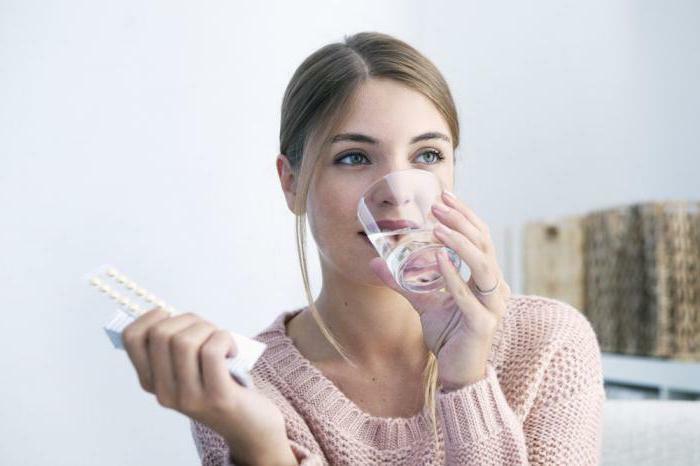 Quite often, there is a radical approach - removal of the breast, removal of lymph nodes located in the armpits. This option is usually chosen when pathology is accompanied by other malignant neoplasms in the chest. There are situations when complications are provoked by metastases in the muscle tissue under the breast. We have to resort to a rather complex event, designed by the famous surgeon Halstead. This is a radical operation, in which both the chest and lymph nodes and the muscles of the breast are simultaneously removed. The recovery period after such an event is accompanied by the intake of hormonal drugs, a course of chemotherapy.

If detailed studies have shown that there are no other tumor processes in the tissues of the breast, it is sufficient to perform a surgical intervention. It is not required after it to carry out neither therapy using chemical components nor hormonal replacement.

If the pathology can be detected in the initial stage, when the lesion covers only the nipple area, the doctor can recommend doing a surgical procedure in which the affected area is cut leaving the breast intact. In addition to the directly affected area, a small amount of healthy tissues is also taken to prevent relapse.

In detecting pathology and determining the optimal therapeutic course, it is important not only to follow the recommendations of the doctor, but also to change the way of life. It is necessary to completely abandon bad habits and change the menu, so that the diet becomes a quality, balanced, rich in nutritional components. Every day, the amount of protein, calories needed for normal functioning of the body must fall into food.

While doctors are trying to invent more effective and modern medicines, the effectiveness of reception of which would be higher, the public develops its own unique recipes based on natural ingredients. Of course, they can not cure cancer, but they will help maintain immunity and strengthen the body, especially if internal systems are weakened by chemotherapy. In general, all such options can be used only after consulting with the doctor, so as not to harm yourself and avoid conflict of traditional medical means and alternative folk recipes.

The most useful is the buoyant. Of course, the plant itself is poisonous, but only in fairly large quantities. With reasonable use, there is a slight toxic effect that destroys defeated cells, while healthy does not harm anything. On the basis of the buoy, tea is prepared: take a glass of water on a spoonful of water and insist for half an hour, filter. Drink used in the morning before eating a glass for three weeks, after which the dosage is doubled, drinking one glass before breakfast, the second - before dinner. It is recommended to drink this tea until the disease is completely defeated.

This beautiful flower not only brings joy to its appearance, but also healthy. When oncology it is used in the form of a chilled drink. On a tablespoon of dried grass( or twice as much fresh) take a quarter liter of cold water, mix and leave to stand for 12 hours. 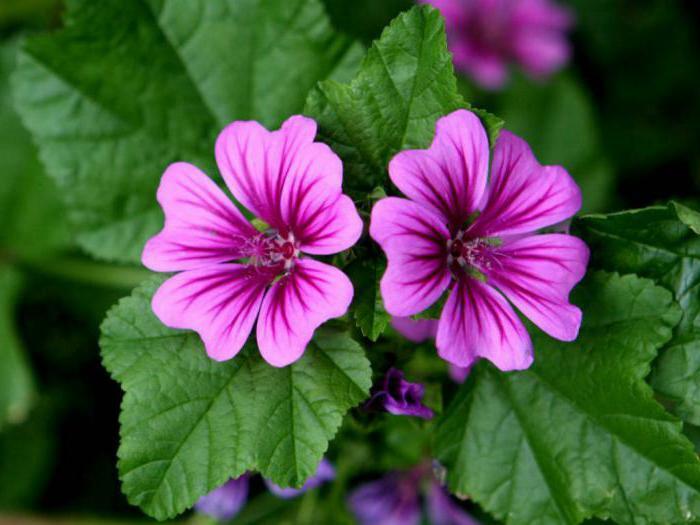 After this time, the drink is filtered and used for food up to four times daily with fifty-milliliters portions.