Every organ in the human body has a name. Everyone knows this, but few, except for doctors, are aware that any dimple, hump, notch or groove is also endowed with "nicknames."At the beginning of its journey, the anatomy was a descriptive science from the cycle "what I see and then I sing," therefore every physician that came under the arm was called a new name.

Historically, the language that was chosen for communication in a professional medical environment was Latin. Why this happened - it is not necessary to explain, but why it lasted so long in the scientific world is a mystery even for the "advanced users" of the medical environment. Probably out of habit. 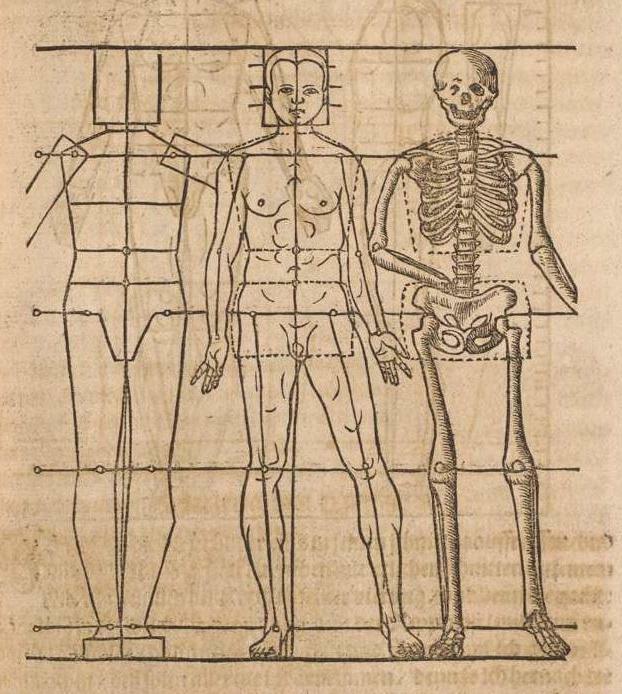 The nomenclature is a derivative of the Latin word meaning "list".In fact, it is a set of terms, titles and basic concepts that are used in any branch of knowledge. In order to properly compose it, you need to use the classification system.

Anatomical nomenclature is a system of terms in Latin that denote body parts, organs or fragments thereof. Allocate a national nomenclature, which, as a rule, is compiled in the national language, in our case - Russian, and international, issued in Latin.

The emergence of the anatomical nomenclature

Anatomical nomenclature has emerged as a result of the accumulation of human knowledge about one's own organism. At some point, there was a need to systematize all the information available at that time. And although the nomenclature was written in Latin, there are many terms in it that have Greek and Arabic roots. This is due to the development of medicine in the East.

The very first definitions appeared about five thousand years ago in Ancient Greece. They arose sporadically and depended only on the fantasy and observability of the anatomist. At that time, doctors knew about seven hundred names. When the Romans conquered Greece and turned all this territory into an empire, they adopted culture and scientific achievements, supplementing the code with their terms in Latin.

The basic pool of these concepts, as well as their primary classification, was offered by the anatomist and physician Claudius Gallen. In connection with the spread of terms in Central and Northern Europe, new word forms, hybrids and barbarisms appeared, which reflected the language features of this area. The growing number of synonyms among the anatomical names gave rise to chaos and caused errors. 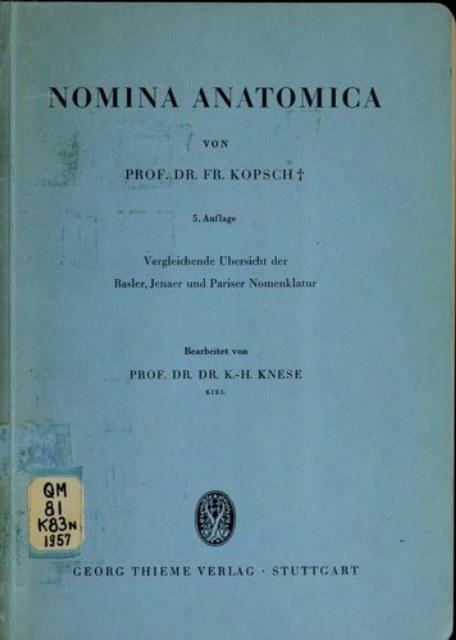 Development of nomenclature in the XIX century

Anatomical nomenclature developed randomly, while in Florence in the XV century did not appear the brilliant artist Leonardo da Vinci. He made an attempt to systematize the names of the muscles of the human body, using their function as a classification. A little later, after the da Vinci death, Vesalius tried to contribute to the ordering of the nomenclature and removed the Arabic definitions from it, and also translated all foreign words into classical Latin.

Despite all this, by the end of the eighteenth century there were more than thirty thousand titles. Of course, their number needed to be reduced. Henle and Owen made their corrections to the terminology, and also introduced such concepts as planes and axes. In the end, a special commission was created in Germany, which at the end of the nineteenth century was an acceptable list of terms, in their opinion. He received the corresponding name - the Basel anatomical nomenclature. 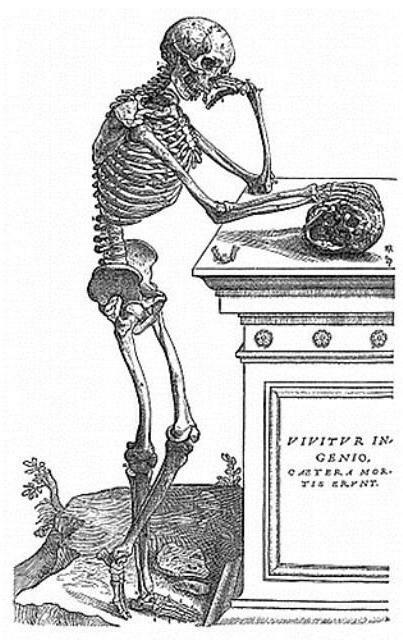 The international anatomical nomenclature is based on a relatively small group of words that are most commonly used. These nouns include: a hole, a channel, a comb, an appendage, a furrow, a surface, a share, a margin, and the like. They are needed to describe the appearance of the organ or structure. With the words presented, adjectives such as large, small, oval, round, narrow, wide, square, etc. are combined. They help to better represent the anatomical formation.

The following words are used to describe the position:

There are, of course, many terms that you just need to learn, because you can not logically justify why they are called that way, and not otherwise. 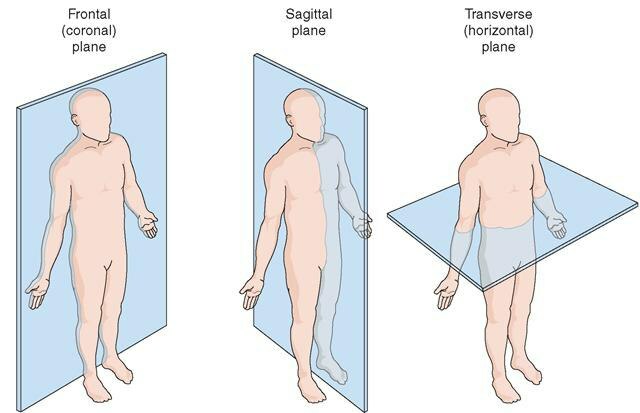 In August 1997, the final anatomical nomenclature was approved. The axes and planes, which describe the position of the organs, decided to use the same ones as in a rectangular coordinate system.

They are perpendicular to each other. The vertical axis passes through the human body and divides it into the front and back parts. The sagittal has an anteriorly posterior direction and divides the trunk into the right and left sides. The horizontal is parallel to the plane of the support. Sagittal and transverse axes can hold several, and vertical - only one. 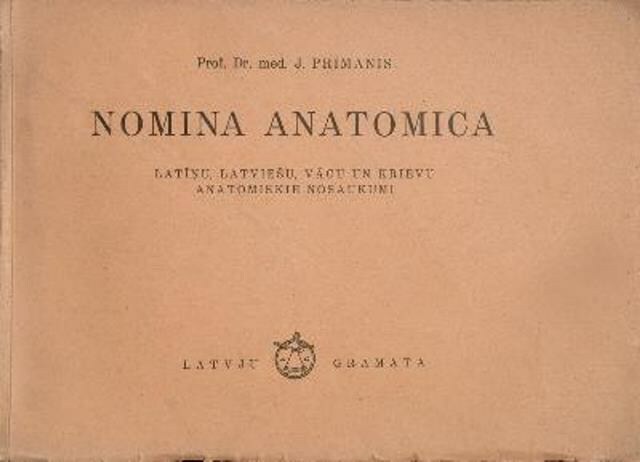 The Paris anatomical nomenclature is an international document in force to date. Adopted in the middle of the twentieth century at the Sixth International Congress of Anatomists. It was developed on the basis of the previous nomenclature. The document is taken as a basis for the compilation of domestic terminology.

Earlier, in 1895, at the meeting of the German anatomical society in Basel, the first nomenclature was accepted, which received international recognition. It was based on terms that indicated the direction along the axes and planes.

How were things in Russia? The anatomical nomenclature of man in our country began to form by the middle of the eighteenth century. It was at that time in the country began to appear medical publications in Russian. Contributing to the development of terminology are such outstanding anatomists as Zybelin, Ambodik-Maksimovich, Zagorsky and others. Special merit in the popularization of the international nomenclature belongs to Shein, who translated the German edition into his native language.

This allowed us to introduce many Russian terms into everyday medical usage. They differed from the Latin ones in that they were more understandable and logical. And besides, it did not take knowledge of Latin to understand the basics of anatomy. A significant place in the popularization of the nomenclature was played by the Dictionary of Anatomical Terms, published in 1928. 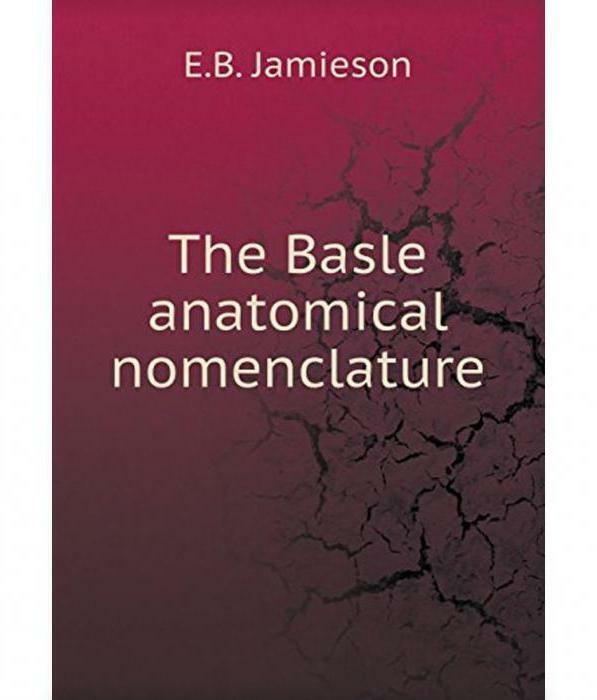 The eponyms and atavisms of

Latin is a dead language, so it contains anachronisms and atavisms. The anatomical nomenclature did not become an exception. The main terms can be created with the help of combinations of nouns with adjectives, as well as changes in these constructions by case. The total number of terms is about seven thousand. Some of them occur once, for example, a "torn hole", "keel", "filterrum".But these are only flowers. Remember the names of organs or their components - only half the battle, it is necessary to understand how they are relative to each other and what function they perform. In the nomenclatural guides this is not written.

Despite the fact that terminology is regularly viewed, and unnecessary constructions are removed from it, still sometimes there are wonderful combinations that an uninitiated person can mislead. Examples include the "muscle of the proud", the vagus nerve, the Turkish saddle and others. 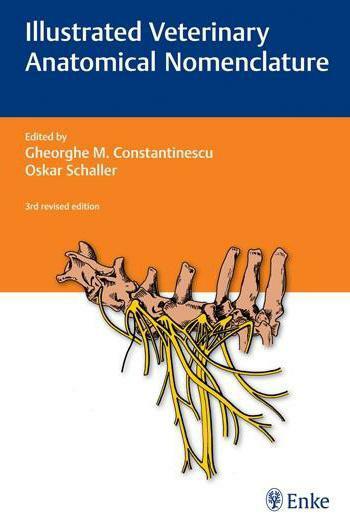 Anatomical nomenclature, as a rule, is issued in the form of a book or booklet, in which terms are given in several languages. Usually it is Latin and the national language, for example Russian. On the left are written classical international terms, and on the right they are duplicated in another language. In addition, at the beginning of the book a list of common terms and their abbreviations is given so that it is easier to navigate.

All words and phrases are arranged in groups, reflecting their hierarchical position. In the beginning, systems of organs are going on, then within each system there are thematic subgroups, and then they break up the terms for each entity. This hierarchy can be shown by changing the font, numeric or alphabetic ciphers, and changing the position of the term in the string.

There are editions of anatomical nomenclature that simultaneously reflect terms in three or more languages. The combinations can be very different, but the Latin language is always present, and the rest remains to the taste of the originator, also the needs of the market are taken into account. If these are European countries, then English, French and German predominate. In Asian countries - Chinese or Japanese.