Chlamydial urethritis is a dangerous disease that can affect not only the urinary tract, but also nearby organs, as well as influence on vision, digestion. Often clamidiosis occurs against the background of other pathologies caused by cocci, fungal infections or trichomonads. 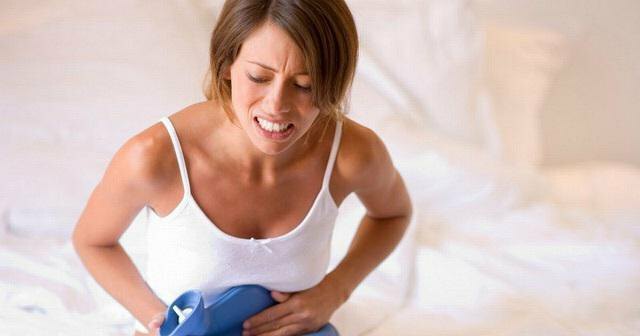 Each type of pathology has its own characteristics and differences from other varieties. In the acute form of the clinic, as with gonococcal infection. And with chronic symptoms completely absent or changes with each exacerbation. Chlamydial urethritis in each person manifests itself in different ways, so it is often confused with other ailments.

Varieties of pathology directly depend on the extent of the lesion and the location of the disease. According to these criteria, the torpid and total species are distinguished. Sometimes the torpid passes into the total, and in advanced cases, men may experience prostatitis.

The causes of the pathology of

The most common cause of the development of the disease is unprotected sexual intercourse. During it, bacteria penetrate from the diseased organism into a healthy one, and infection can occur equally often from both men and women. In men, chlamydia linger on the mucosa of the genital organ, and their active reproduction begins. With weakened immunity, pathogenic microorganisms penetrate into the urethral epithelium, causing its inflammation. During their life, bacteria secrete toxins that have a negative effect on the subepithelial structure of the urinary canal.

Chlamydial urethritis can not show itself for a long time, which leads to serious complications. Clinic for chlamydia in men

Urinary tract disease caused by chlamydia occurs in the same way as urethritis of other species.

The incubation period of bacterial development is 7-25 days, but can vary in larger and smaller sides, depending on the human immunity.

Most often, clamidiosis is manifested by pain at the end of urination in women and men, as well as secretions from the urethra of a different nature. They can be vitreous, purulent, bloody. Most often, excretions are observed in the morning.

During discomfort, discomfort appears only in the affected area. With the development of pathology urine begins to come out in small portions, causing soreness. A similar clinical picture develops with gonorrhea: often these ailments occur simultaneously and with the same symptoms.

At first, women do not have any pathological manifestations of the disease. Later, there is a feeling of discomfort in the genital area, mucous discharge. With the increase in the clinical picture, women experience pain at the end of urination. In addition, the clinic of chlamydia manifests itching in the urethra, the appearance of an unpleasant odor, pain and discomfort during sexual intercourse. With the development of the disease, the nature of the discharge changes: first they are transparent, and later they can become purulent, bloody.

If the treatment does not start in time, the pathology quickly rises through the genitourinary system, reaching the cervix.

In case of an illness, the front wall of the urethra is affected first, and then the symptomatology recedes. After a while, it again manifests itself with renewed vigor. This current indicates the spread of the infection. 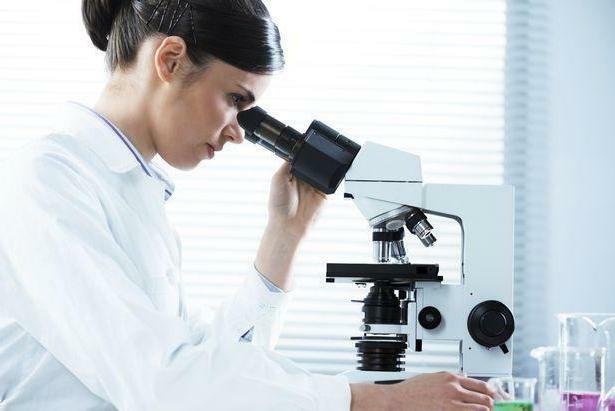 If treatment has not been started in time, the pathology is complicated. It can cause a variety of ailments of the genitals and genitourinary system, including hemorrhagic cystitis, epididymitis in women, and in men - stricture of the urethra, lesion of seminal vesicles, prostatitis.

If treatment is not performed correctly, chlamydia can lead to impotence. In women, they cause an ectopic pregnancy, erosion of the cervix. Bacteria can provoke miscarriages.

Chlamydial urethritis is diagnosed in several stages. First the doctor collects complaints, anamnesis, conducts a primary examination, during which the smears are taken for tests. In addition, blood and urine are prescribed. After identifying the causative agent of infection, the causes of chlamydial urethritis are established. This is necessary in order to find out who could infect the patient and whom he could infect. Family couples are co-administered: both sex partners must undergo treatment, otherwise all therapy will be eliminated after the first sexual intercourse.

If you suspect a chronic form of ailment, doctors prescribe urethroscopy and urethrography. Bacteria of the pathogen are compulsorily carried out, which makes it possible to understand which antibiotics are best treated.

Ultrasound is used to determine the condition of internal genitourinary organs.

After receiving the diagnostic data, treatment with chlamydial urethritis begins. Since the ailment is caused by bacteria, the doctor selects antibacterial drugs. These can include drugs such as "Ofloxacin", "Doxycycline" and other types of antibiotics. With special care are selected drugs to pregnant women.

Treatment is carried out by taking drugs orally or by injecting them into the urethra. In chronic form, physiotherapy is performed. At the time of treatment, sex life is completely excluded. 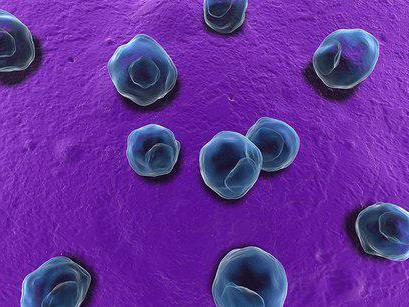 The choice of drugs

For successful therapy, such anti-Chlamydia drugs are selected that are able to penetrate into the structure of the cell. It is also worth considering that chlamydia occurs in conjunction with other pathologies, so the doctor must choose a drug that can affect all types of bacteria, ie, a broad spectrum of action.

For treatment use drugs from the following groups: 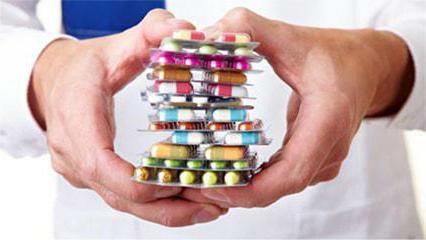 At the initial stages of the pathology, tetracycline-based drugs are excellent results: they are "Tetracycline", "Doxycycline".They are appointed for a course of seven days to two weeks. These medications help to cure cervicitis, urethritis, and are effective for asymptomatic carriage of chlamydia. However, preparations of this group are practically not used.

These substances include such drugs as "Erythromycin", "Spiromycin", "Azithromycin" and some others.

"Erythromycin" was once used to treat chlamydia, but this antibiotic is out of date, today it was replaced by new, more effective drugs, among them "Azithromycin".

The instructions for the use of capsules "Azithromycin" say that this tool has a wide range of effects. The drug is active against gram-positive and gram-negative bacteria, certain types of anaerobic pathogens, and against chlamydia.

When ingested, the antibiotic is completely absorbed from the digestive tract. When taking a dose of 500 mg, the maximum concentration in the blood is noted after three hours. The new agent penetrates well into all cells, including the skin, soft tissues. And in the tissues the agent accumulates thirty times more than in the blood. Such indicators are due to the fact that azithromycin practically does not bind to blood proteins. Indications for the use of the drug are infectious-inflammatory pathologies caused by antibiotic-sensitive microorganisms:

The instructions for the use of capsules of "Azithromycin" say that this remedy is taken one hour before meals or two hours after eating.

For urethritis, single capsules are given at a dosage of 1 g. With moderate renal failure, dosage adjustment is not required. With severe liver damage, the drug should be administered with caution.

Side effects of the drug may manifest themselves in a variety of clinical symptoms, including: dizziness, nephritis, puffiness, chest pain, aggression, sleep disorders, gastritis, itching, fatigue, hemolytic anemia, arthralgia, etc. Caution should be exercised when administeringcar and other vehicles, so the drug has an effect on the ability to drive.

The product is available in capsules packed in six pieces per circuit cell. One contour cell is packed in a cardboard box together with instructions for use. Store the product at a temperature of no higher than 25 degrees in a place inaccessible to children.

Like any antibiotic, "Azithromycin" is released only by prescription. 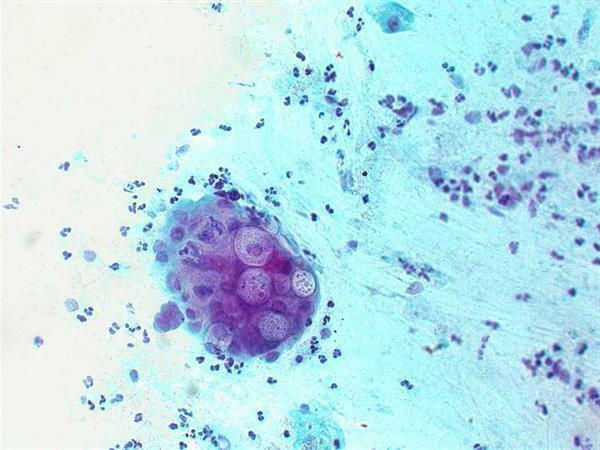 Fluoroquinolone drugs are effective against chlamydia. Antibiotics of this group, which can be prescribed: "Ofloxacin", "Pefloxacin", "Norfloxacin", "Lomefloxacin" and others. However, laboratory experiments have shown that fluoroquinols are inferior in effectiveness to tetracyclines and macrolides.

Currently, "Ofloxacin" is used to treat bacterial ailments. He is prescribed for two hundred milligrams twice a day or four hundred milligrams once a day. The drug is taken for ten days. Stability of chlamydia to this medicine practically does not happen. 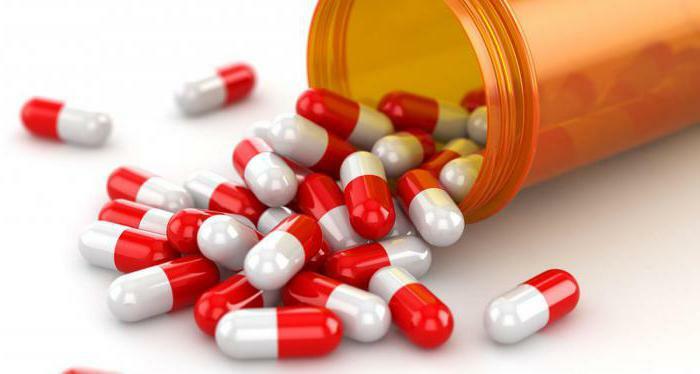 To prevent infection with any sexually transmitted disease, only protected sexual contacts and timely visits to doctors are recommended. Women and men should visit the urologist and gynecologist at least once a year for preventive purposes. During the visit, you can identify hidden infections, learn about diseases that occur without obvious clinical manifestations, including chlamydia and some other pathologies.

Chlamydia treatment can be prescribed only by a gynecologist or urologist.