What recipe for viburnum from a cough is better to use during a cold?

Cough refers to sudden exhalations of an involuntary nature, resulting from irritation of the mucous membrane, larynx, throat and bronchi. If such a phenomenon caused a cold disease, before you run to the pharmacy for pills, try using old, proven folk methods of treatment. Kalina from cough is considered one of the most effective means that mother nature has created for a person.

Properties of the Kalina 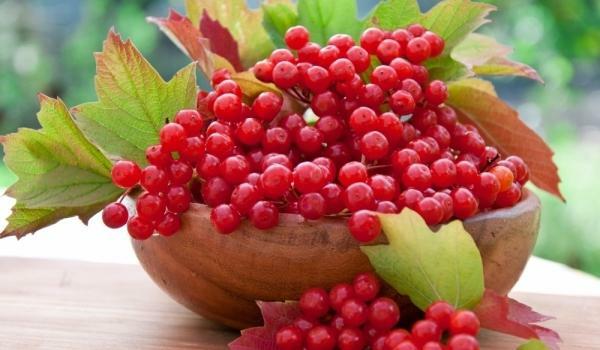 Kalinova berries contain in their composition vitamins C, R, K, polysaccharides, carotene, organic acids and trace elements such as zinc and manganese. Thanks to such a diverse chemical composition, the fruits of this bright representative of the flora have a generally strengthening and effective anti-inflammatory effect. A warm fresh decoction of the berries of the plant is recommended for severe colds, bronchitis, pneumonia and fever. Kalina from cough, the recipe of which is quite simple, has been used since ancient times by folk healers to treat children and adults. Therefore, today this plant is widely used in medicine.

Kalina is a truly unique berry, because it has incredible healing properties. Only a few plants are able to compete with it for their useful qualities. What is the secret of this miracle of nature? It's simple. Virtually any recipe for viburnum from cough allows you to prepare a product containing a huge number of substances necessary for the body, which allow us to maintain and strengthen our health. During periods of catarrhal diseases, the fruits of this plant are recommended to be added to all teas and compotes, which should be taken abundantly and often. Strong hot tea with the addition of viburnum, raspberry, honey and lemon can quickly put a person on their feet, even with pronounced symptoms of ARVI and flu.

How to cure cough with viburnum? 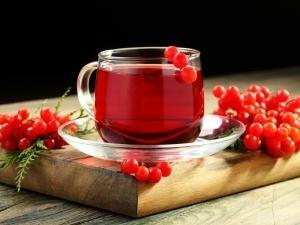 Often the common cold is accompanied by symptoms that bring the patient a lot of suffering and a constant sense of discomfort. In such cases, such a recipe for guelder-rose from a cough is perfect: 2 tbsp.l.pickle the berries in enameled ware before the formation of gruel, brew with a glass of boiling water and heat on a water bath for fifteen minutes, after which the broth filter and let cool. Next, add 200 ml of boiled water, preferably warm, and take one third of the glass four times a day.

Culinary berries mixed with fresh honey help to get rid of chronic cough. To prepare such a miracle remedy, scald the fruits with boiling water, thoroughly wipe them through a sieve, and add the same amount of honey to the resulting gruel. Use this medication is recommended for a tablespoon on an empty stomach. However, it should be taken into account that for a greater effect the medicine should be infused for at least a week, therefore such a recipe for viburnum from a cough can not always be applied on time. 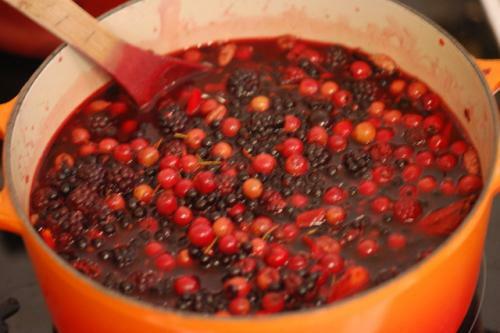 In addition, it is useful during a cold to drink a floral caloric broth, which is easy to prepare yourself: a tablespoon of inflorescences to brew a glass of boiling water and let it brew for about an hour. Drinking a medicine is recommended for three glasses a day. Such a recipe for viburnum from cough will save, cure the throat, relieve fever.

If you have a sore throat, which is accompanied by a strong cough and hoarseness, an excellent result will bring a decoction from the bark of the viburnum. To make it, we take shredded raw materials, add a little boiling water to it and keep it for fifteen minutes on the fire, after which we insist a couple of hours and take a tablespoon during the intensive manifestation of the symptoms of the disease.

Despite the great variety of useful qualities, it is not recommended to use viburnum with hypotension, increased blood coagulation, and a tendency to form blood clots.