Liposuction of the hands: features of the procedure and reviews

Liposuction is one of the fastest and at the same time effective ways to get rid of excess body fat in the area of ​​forearms, armpits, and shoulders. After all, they make these parts of the body too massive, and the figure itself is disharmonious. Usually getting rid of excess fat without surgical intervention is very difficult, and sometimes impossible. 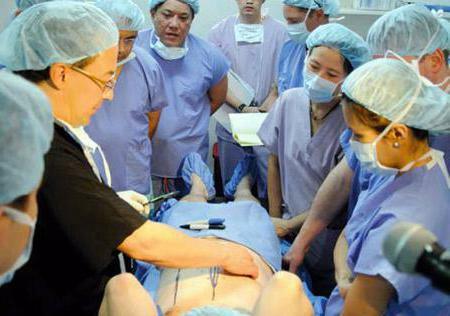 The most popular beauty procedure

Here, the procedure comes to the aid, such as liposuction of the hands. This is a relatively simple and low-traumatic operation, after which stable results are guaranteed. The main condition for success in getting rid of fat in the hands is the choice of a good specialist and a reliable clinic. Recently, this procedure is carried out using the latest technology. That is why one of the most popular aesthetic operations is hand liposuction. Moscow, Yekaterinburg, Rostov-on-Don, Chelyabinsk - in almost any large city you can find a clinic that offers services for carrying out this procedure. 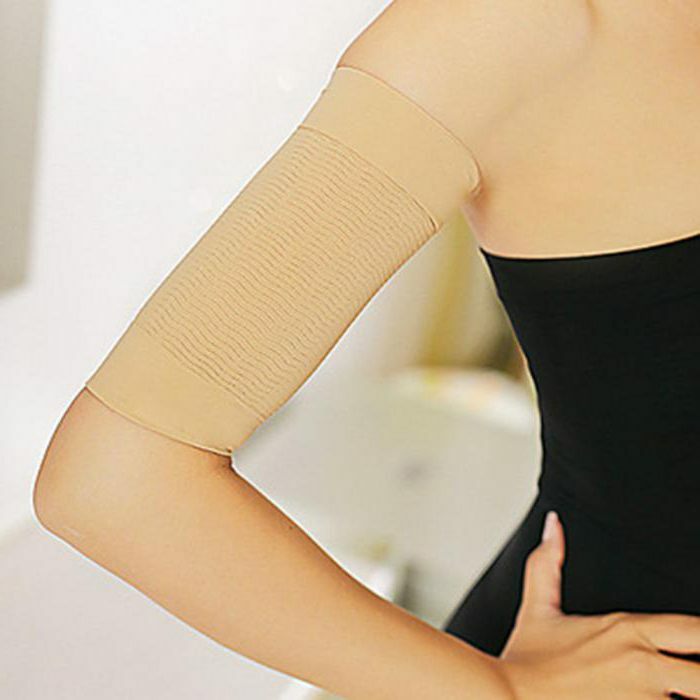 This procedure is indicated for anyone who would like to get rid of local fat deposits, as well as folds. To it, as a rule, resort at mature enough age - from 40 till 55 years, however there are patients of other age groups. Liposuction of the hands can include the following operations: 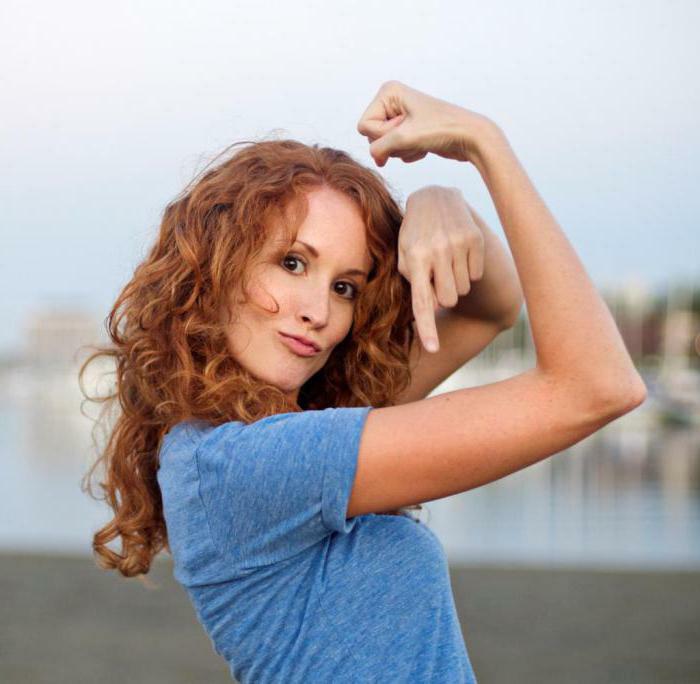 However, before performing liposuction of the hands, it is necessary to undergo a thorough examination and get advice from a qualified specialist. At the initial stage, the surgeon's task is to identify all possible contraindications, as well as individual characteristics of those who want to get rid of excess fat. To the operation, groups of persons suffering from the following pathologies are not allowed:

What are the characteristics of the preparatory period before liposuction? Preparation for the procedure in the absence of contraindications requires at least 3 weeks. During this time, the patient should refuse to take anticoagulants. This will help restore normal blood clotting and will prevent possible bleeding. If the patient has allergic reactions to any drugs, their list must necessarily be provided to the surgeon.

At least 2 weeks before liposuction, you need to work on strengthening the body's immune system. First, you need special multivitamin complexes, as well as iron;Secondly, you should reduce the amount of salt that enters the body.

You can not visit the sauna, swimming pool, gymnasium seven days before the operation. During this period it is recommended to take vitamin K - it allows to normalize blood coagulability. All physical activity is prohibited three days before the liposuction. Hygienic procedures should be carried out strictly without the use of lotions, perfumes, creams or antiperspirants.8 hours before the operation, it is forbidden to eat or drink. 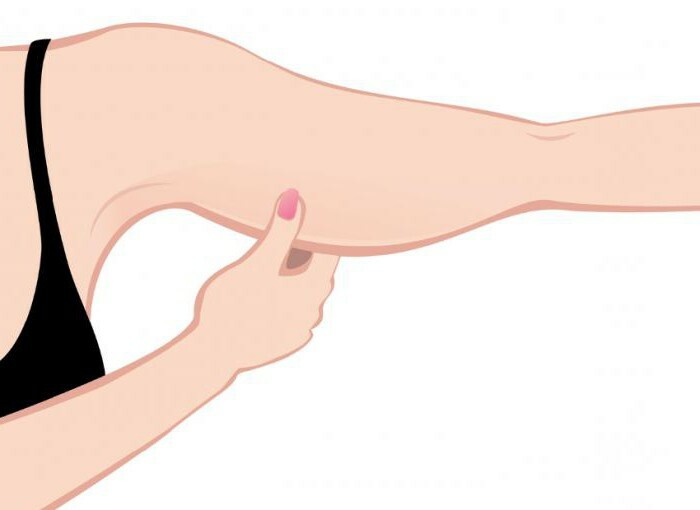 What is the operation of

During the recovery period, swelling may occur. Also, hands after liposuction can get sick in those places where the intervention was performed. To neutralize these symptoms, it is recommended to use anesthetics. You also need to wear special compression underwear. 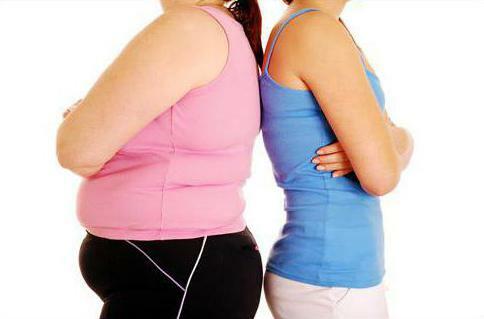 According to many doctors, the fastest, safest and most effective way to get rid of fat deposits is laser liposuction of the hands. Its meaning lies in the fact that through an incision in the field of operation, a special apparatus is introduced, which, with the help of the laser, destroys the accumulated fatty deposits. Surpluses are removed through the cannula - tubes that are connected to a special pump.

The main advantages of laser liposuction are that after it there is almost no scarring - only small traces will be visible in the places where punctures were made. But they eventually pass. Also undoubted advantage is the tight skin after the operation, since the laser helps to increase the production of collagen fibers. This has a positive effect on the elasticity of the skin. Another advantage of laser removal of fat deposits, which is often noted by patients, is a relatively fast period of rehabilitation of the body. The very next day after the procedure, if it is allowed to do the doctor, you can go home. If you wear an elastic bandage, then you can start working the next day.

In the global medical community, this procedure is also considered safe. In most developed countries, this type of liposuction is very popular. Its peculiarity lies in the fact that before the pumping out of fatty deposits their destruction is carried out with the help of a special preparation( Klein solution).After 20 minutes this substance significantly dilutes fatty tissue. During the operation of this type, the surgeon has the ability to pump more fat than with other types of liposuction. 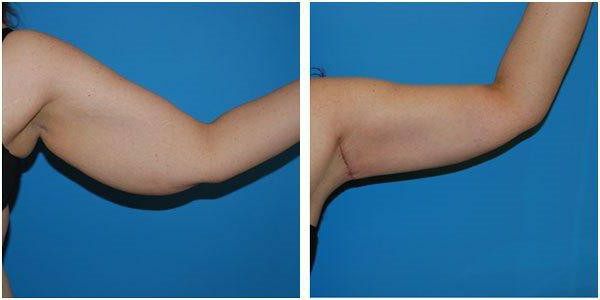 Reviews about the procedure

Reviews about the liposuction arm in patients are very different. Some say that thanks to this operation they again were able to wear clothes several sizes smaller, and are very pleased with the results. Others complain that fat deposits very quickly return, if not to comply with a prescribed diet. Still others say that the operation did not give them any result. The conclusion can be drawn from here: the effectiveness of the procedure largely depends on the individual characteristics of the organism. Of course, before and after liposuction of the hands their appearance can not be compared - without fat deposits the picture is much more aesthetic. However, in order to achieve a good result, all the doctor's instructions must be followed before and after the intervention.

Features of the recovery period

The success of the procedure largely depends on the level of the doctor's qualification, and on the behavior of the patient during the rehabilitation period. First, the patient must be in the hospital for 1-3 days. Also one of the mandatory requirements is the wearing of special compression hoses. They cover the area of ​​the arms from the forearm and up to the elbow joint. This measure helps prevent skin sagging, and also accelerates the recovery period. In addition, the patient must adhere to the following recommendations:

Already after 3-5 weeks you can see the results of liposuction of hands( photo is attached in this article).The deadline depends on the complexity of the operation performed. Unpleasant sensations, such as swelling, pain, bruises, disappear after 7-14 days.

All information in this article is for reference only. Before any type of intervention, it is necessary to consult a specialist.