Doctors always pay special attention to the development of the body of a teenager. This is not accidental. If during this period there is an inadequate formation of the genital organs, often diagnose "genital infantilism".The patient remains at the developmental level of a child or adolescent. To timely recognize the disorder and defeat the disease, you need to know its causes and symptoms. This is what will be discussed in today's article. Also we will consider the main methods of treatment and prevention of this disease.

The essence of the pathology of

Genital( sexual) infantilism is a special condition in which an abnormal delay in the development of reproductive organs is observed. As a rule, it is diagnosed in the fair sex. In men, pathology is extremely rare.

Normally, healthy girls with age, there is an increase in all organs. Before the onset of the first menstruation( menarche), the internal genital organs must form. Gradually, the female cycle stabilizes, monthly ovulation occurs. Theoretically, the girl is ready to become a mother, because the uterus, fallopian tubes and ovaries are well developed. It happens approximately at the age of 14-16 years.

With genital infantilism, the full development of reproductive organs does not occur. An adult has some functional and anatomical features that are characteristic of children or adolescents. It is this disease that most often causes the inability to conceive or endure a child. In this case there is no other discomfort. 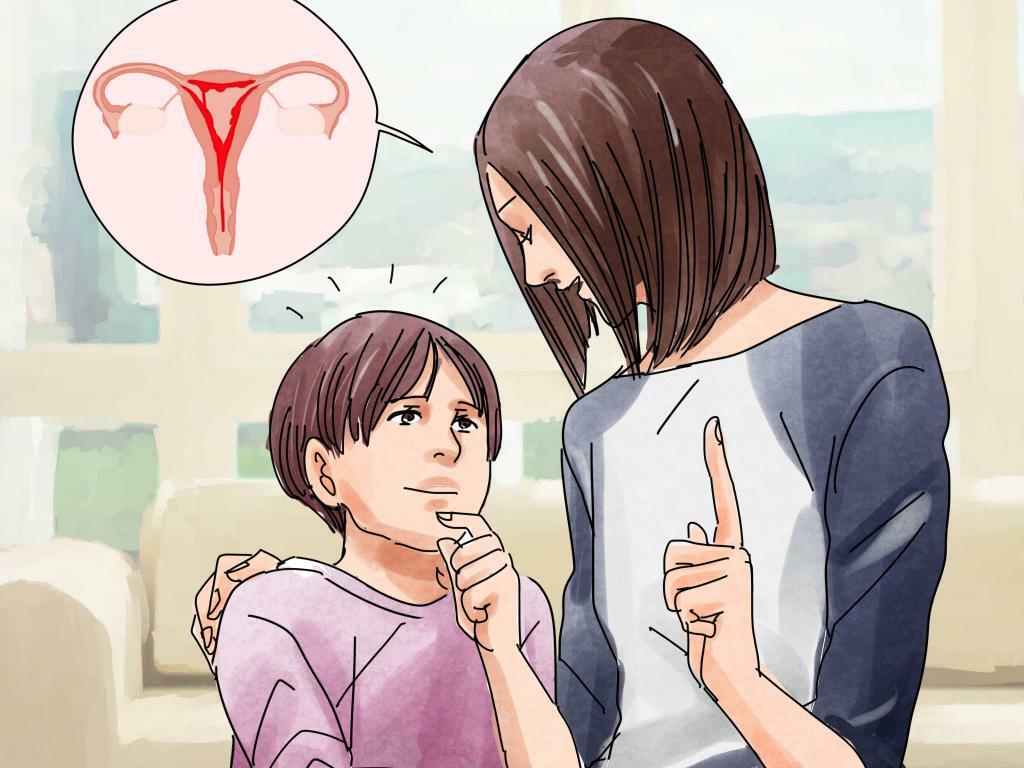 Features of the pathogenesis of

The mechanism underlying the development of the disease is a failure in the "hypothalamus-pituitary-ovary" system. In this case, the sex glands cease to respond to the production of certain hormones. They are synthesized by the hypothalamus and the pituitary gland. If during this period to pass tests, they will show the excess production of follicle-stimulating hormone. On the other hand, the amount of luteinizing hormone responsible for ovulation will be negligible.

. The main causes of

. Determining the cause of genital infantilism allows us to prescribe competent therapy. Among the factors leading to the development of the disorder, doctors distinguish:

Very often, the disease occurs in girls who neglect full-fledged diet and are sitting on strict diets. The desire to quickly get rid of extra pounds combined with youthful maximalism often results in deplorable and even irreversible consequences for the body. 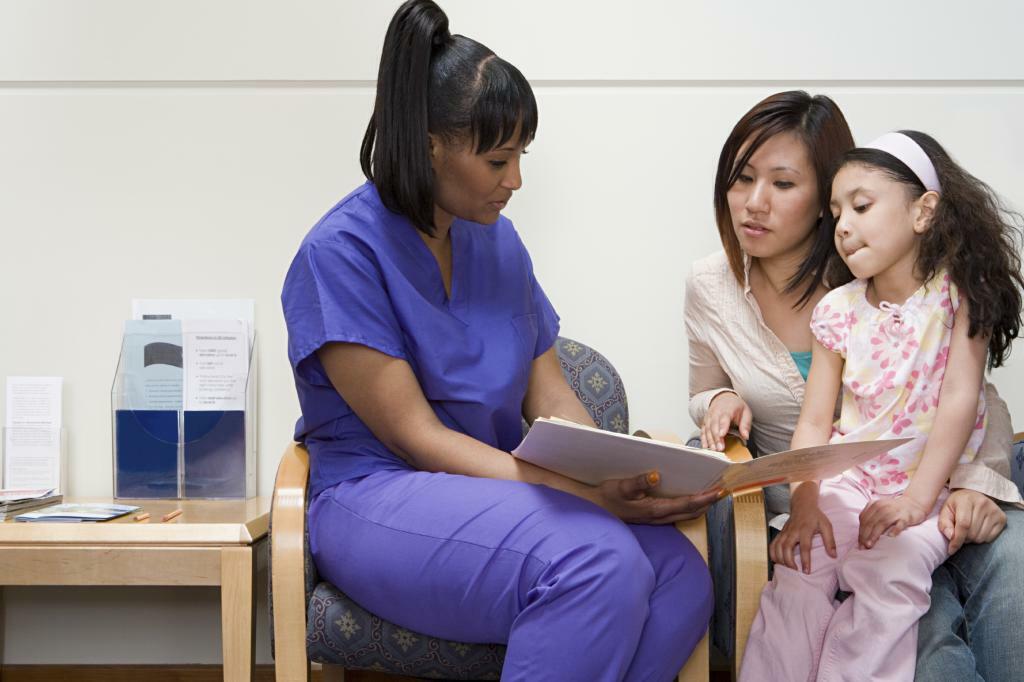 In medicine, genital infantilism is classified into two groups: complete and partial. In the first case, underdevelopment is observed in all vital systems, and in the second one only one organ can be affected. Disorders are usually hidden. Therefore, a woman for a long time does not suspect about the presence of health problems. However, the usual deviations become noticeable even during puberty, that is, in 9-10 years.

Certainly, at this age, the first months are extremely rare, but the reproductive system begins to develop actively. After the menarche, a small time interval is usually observed, after which the girl stabilizes the cycle. The wide time frame between the stages of development of the sexual sphere is due to genetic features. If the establishment of the menstrual cycle did not occur after 6-8 years, it makes sense to talk about infantilism.

It is not possible to recognize pathology independently. However, every parent should know the alarming signs of genital infantilism, at the appearance of which you should immediately contact a gynecologist.

The first symptom is scarce and rare bleeding during menstruation. They may not be at all. Simultaneously, a sudden deterioration in well-being is observed, sometimes fainting conditions occur. The menstruation itself is accompanied by a strong pain syndrome and requires the use of analgesics.

In physical examination, too narrow a pelvis is diagnosed, a minor hairy region of the pubic region, excessively small mammary glands. Sexual lips are usually underdeveloped, the vagina is narrow and short, and the neck is somewhat elongated. Externally, a girl with genital infantilism looks fragile, she does not have the typical "female" body for roundness. You can say that it looks like a teenage boy. Radiography may show a backwardness in bone development. 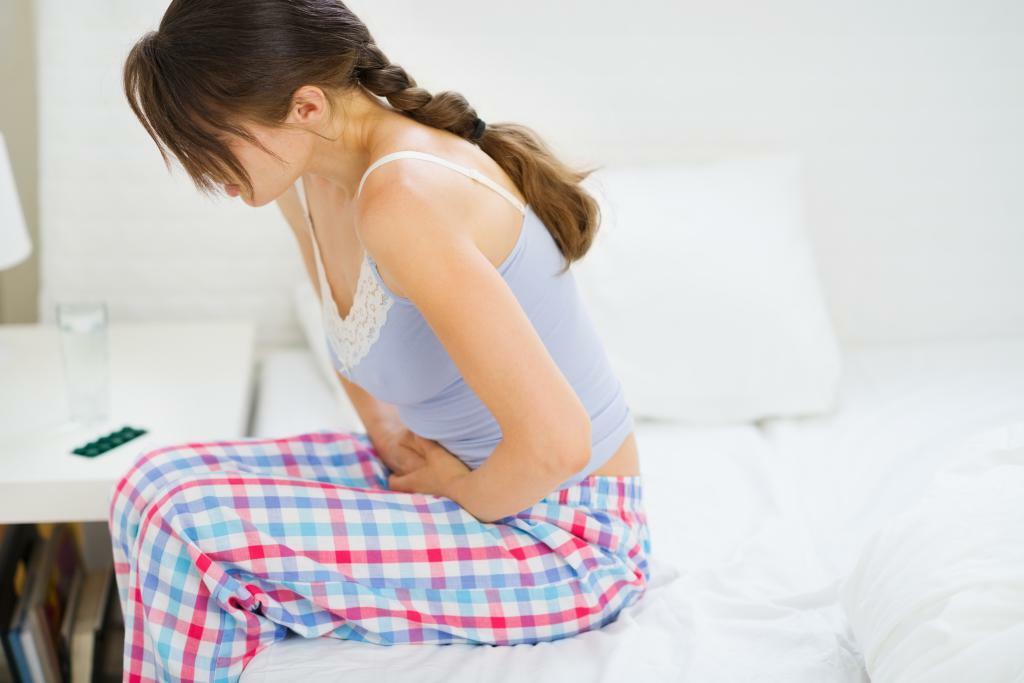 Degrees of development of

Any disease has its developmental degrees. For this case, the genital infantilism of the uterus is characteristic. It is the size of the genital organ that determines the stage of the pathological process.

With genital infantilism 1 or 2 degrees, it is almost impossible to get pregnant. If the timely start of the treatment of the second stage, try on the role of the mother is real, but not easy.

The course of the disease in men

The representatives of the stronger sex with insufficiently formed sexual organs have an unusual appearance. It may not correspond to their age or even sex. A man with infantilism often refuses to have sex, he has no sexual attraction. He is afraid of contact with women. These kinds of problems lead to serious psychological disorders.

If the parents notice that the son has a small sexual organ, you need to see a doctor for correction. An adult male should be worried when the penis is 2 times smaller than the average length. The treatment is performed therapeutically and surgically. Patients are prescribed a course of testosterone hormone. Additionally, massage and sanatorium treatment are prescribed. 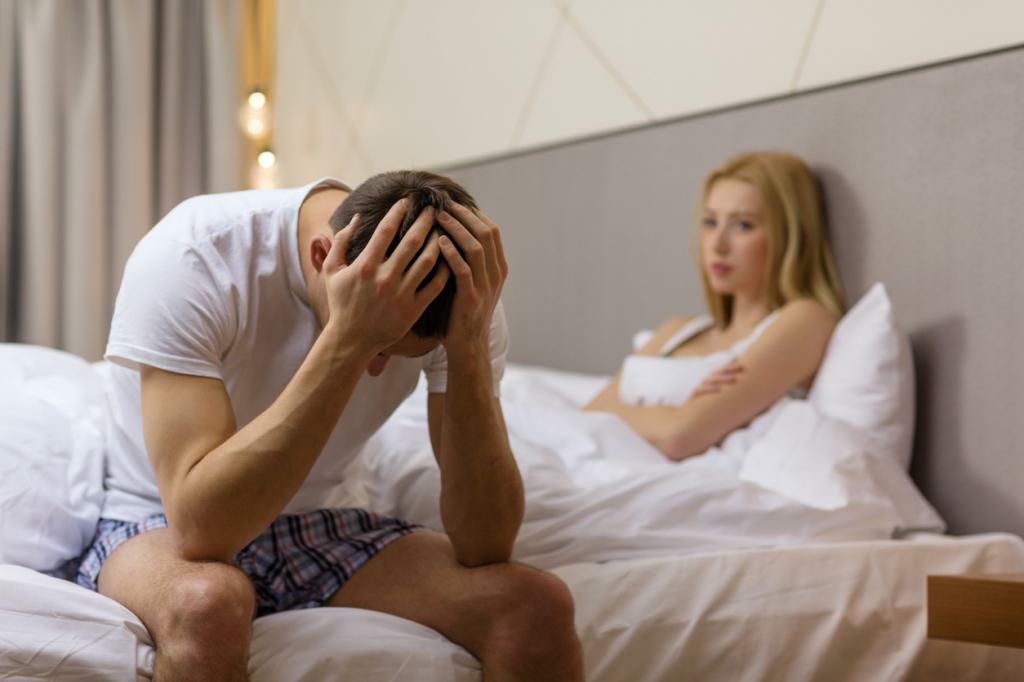 If you have signs of genital infantilism, you should immediately consult a doctor. Diagnosis of the disorder is based on physical examination. It is necessary to appoint tests to determine the level of sex hormones in the body. Also, to confirm the diagnosis, doctors use X-ray methods of investigation. For example, pneumogynecography and X-ray hysterography. They allow us to evaluate the internal structure and state of the reproductive system. 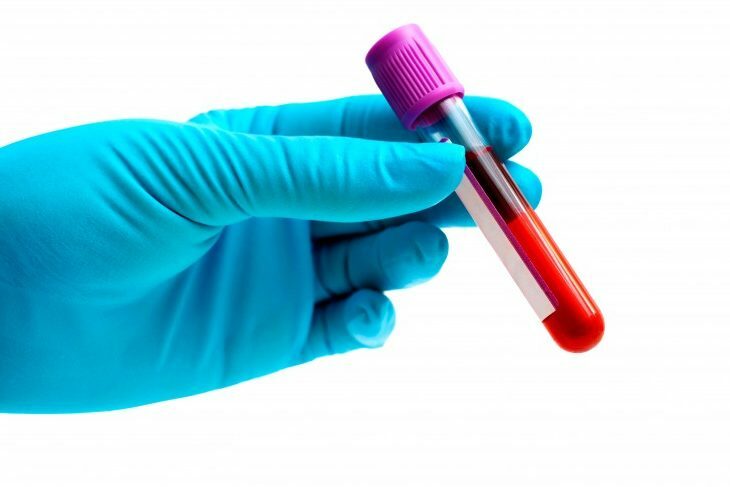 Therapy of a disease depends on the degree of genital infantilism and the presence of concomitant health problems. It is important to diagnose the disease in a timely manner. In the adolescent period, when all organs are still actively forming and growing, with correct correction they can be restored to a normal state. It should be in advance to tune in to the fact that the therapy will be long.

Treatment of genital infantilism is carried out in a complex manner. It consists of the intake of hormones and vitamins, strengthening drugs. It is necessary to correct the regime of the day and nutrition. Hormones are prescribed to girls if the disorder is based on hormonal imbalance. Before the course of therapy, vitamins and antihistamines should be drunk. After this, repeated testing is performed and appropriate preparations are selected. As a rule, they are prescribed in tablets or capsules. The course of treatment is 4 months, then take a break.

Then the doctor re-examines the patient and takes the blood for analysis. Usually one course of treatment is enough to normalize the level of hormones. Independently to select preparations it is impossible. Otherwise, complications may occur in the form of increased hairiness and a strong increase in weight.

With the third degree of disease and the inability to become pregnant by a woman, "Femoston" and vitamin E. are prescribed. Taking these funds, you can immediately begin to conceive, because they do not have a negative effect on the body. 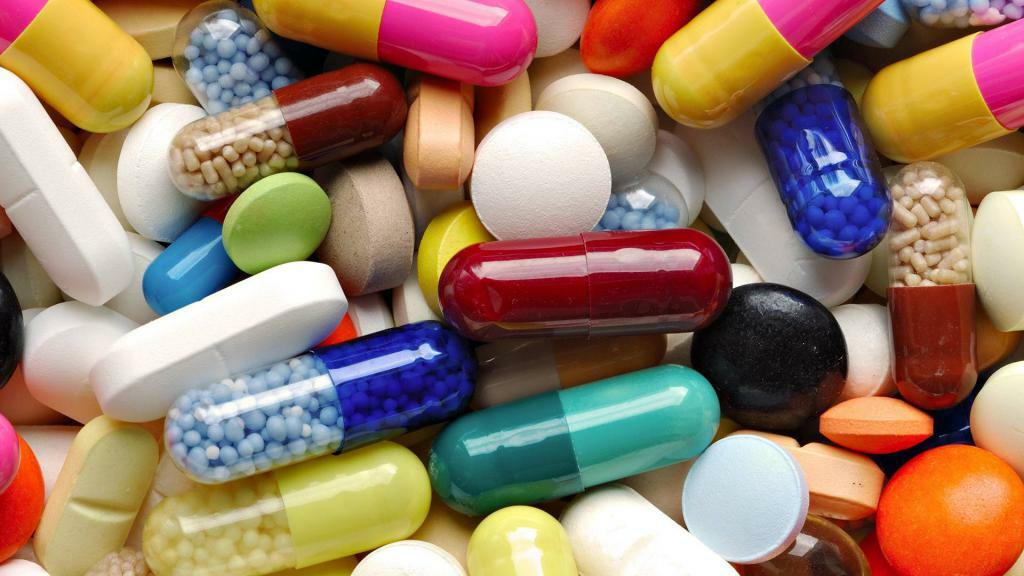 Positive dynamics in treatment are shown by various methods of physiotherapy. For example, mud therapy, gynecological massage, the introduction of an intrauterine device. It is worth noting that these methods give a positive result only with regard to adult women. In adolescents, their use is considered ineffective. Moreover, the probability of violation of specific functions in the female body increases. Therefore, the course of therapy should be selected only by a doctor.

To be engaged in the prevention of the disorder should be still at the stage of intrauterine development of the fetus. A pregnant woman should eat properly, avoid toxic substances, observe personal hygiene, work and rest. It is extremely important to timely eliminate the attendant health problems. It is necessary to practice walking and sports. Excellent yoga or swimming. 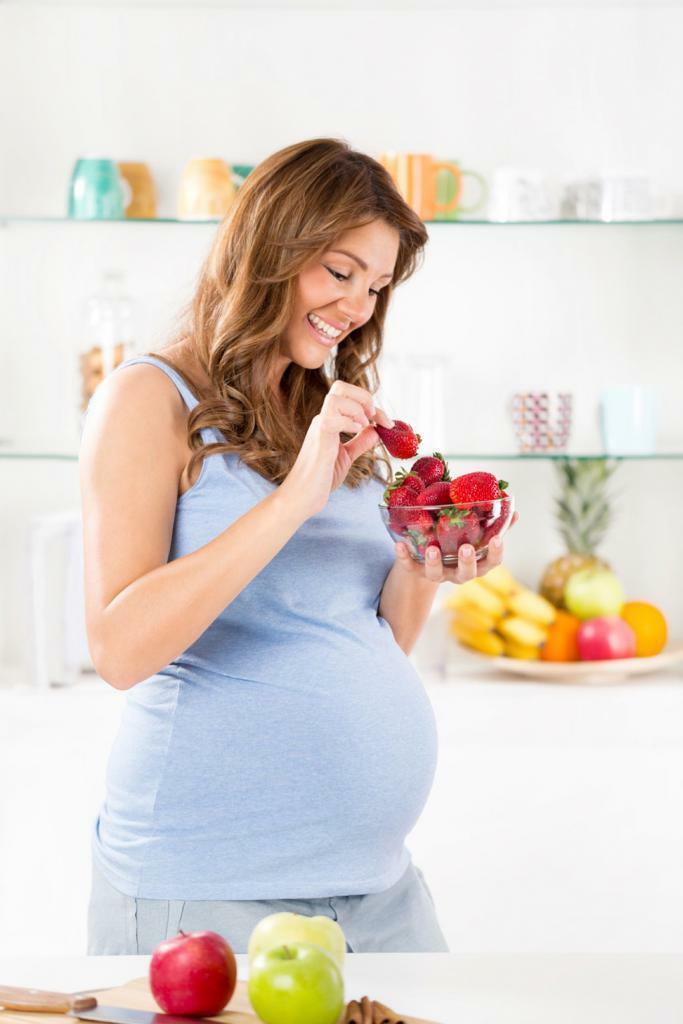 Infantilism is quite a serious disorder. Most often it is found in the fair sex during a diagnostic examination. When confirming the echoes of genital infantilism, one should immediately start therapy. At the initial stage, the pathology can be treated, which can not be said about the third stage. In this case, the probability of becoming pregnant and bearing a baby is negligible. Therefore, every adult girl and parents of daughters should monitor their health and do not neglect the measures of disease prevention.