Vietnamese syndrome: the three main meanings of the term

What is the Vietnamese syndrome? Strangely enough, there are at once three interpretations of this term. You will learn about them after reading this article.

The war in Vietnam became the longest modern war: it lasted more than two decades. More than 2.5 million American servicemen took part in the hostilities. Veterans of Vietnam make up about 10% of young people of their generation. At the same time, about 60 thousand military personnel were killed there, 300 thousand more were wounded, and 2 thousand are missing. More than one million military men and more than 4 million civilians perished in Vietnam.

The reason for the war was rather strange. Americans feared that the communist infection would "spread" out of Vietnam all over Asia. And it was decided to strike a preventive blow. 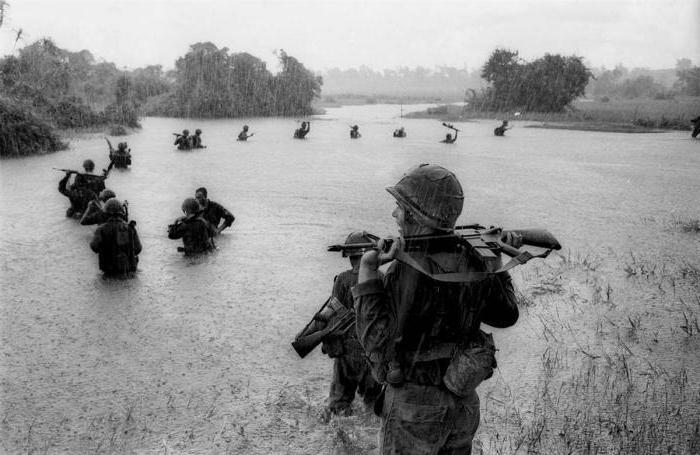 The Americans were not ready for war in the jungle conditions that the locals knew as their five fingers. Despite the fact that the Vietnamese were equipped much worse than the military from the United States, they compensated for this with wit and cunning. Numerous traps, powdered shells from American shells and partisan ambushes - all this frightened the Americans, who expected an easy victory and a quick return home.

However, after the military came back to the US, their torment did not end. Americans began to be tormented by nightmares, vivid memories of the horrors of the war, fear of loud sounds resembling explosions. .. Many were drunk or started taking drugs to drown out the tormenting memories, someone committed suicide. .. Psychiatrists concluded that stayin such nightmarish conditions can not but harm the psyche. The so-called Vietnamese syndrome was described. This is a complex of experiences experienced by the military, returning from the hot spots. 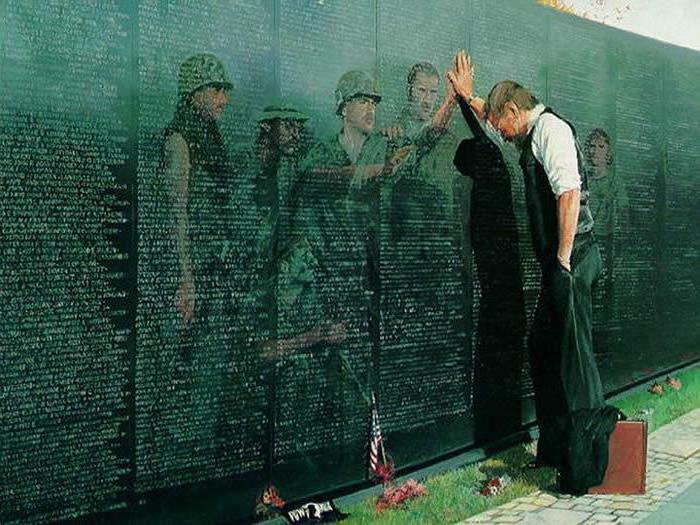 Vietnamese syndrome as a mental disorder

This syndrome is also called "Afghan", or "Chechen".Many psychiatrists have studied Vietnamese syndrome, symptoms and treatment are described fairly well these days. Many American soldiers were rehabilitated and could forget about the experience of the nightmare. Well, the experience gained by psychiatrists made it possible to learn a lot about how the human psyche reacts to transcendental experiences.

What is the Vietnamese syndrome? Symptoms are rather unpleasant: they are obsessive memories of the war, nightmarish dreams, constant thoughts about what they have experienced. Because of such manifestations a person loses the ability to live normally in a society: he wants to forget himself and get rid of painful experiences. As a result, there is an antisocial behavior, increased aggressiveness, craving for alcohol and drugs. 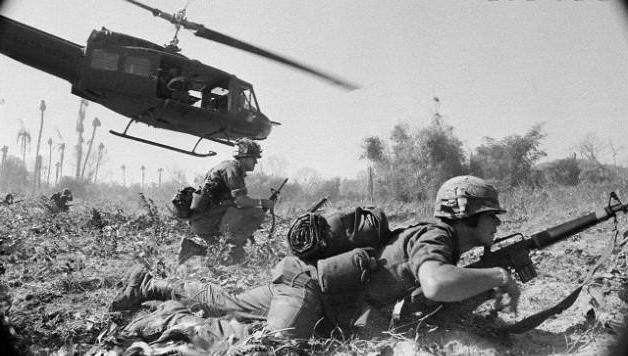 The nation is frightened by the war

The war in Vietnam not only broke the personalities of individual participants, but also led to the fact that America as a whole has changed. This war was one of the few where American citizens were directly involved, where they died. .. And where they lost. As a result, ordinary citizens of the United States developed fear of new wars, in which their country can take a direct part. That is, the Vietnamese syndrome - the fear of ordinary Americans to be dragged into a bloody war in a foreign territory.

We can say that since the end of the war in Vietnam, America has never fought. The tactics of the state have changed so as not to arouse indignation among ordinary taxpayers. Now the US prefers either to organize "color" revolutions, or to send a limited contingent to hot spots, where they want to establish their influence.

Because of the national Vietnamese syndrome, Americans simply refuse to go to defend obscure national interests and risk their own lives. And some politicians say that the American nation simply fears another military defeat. 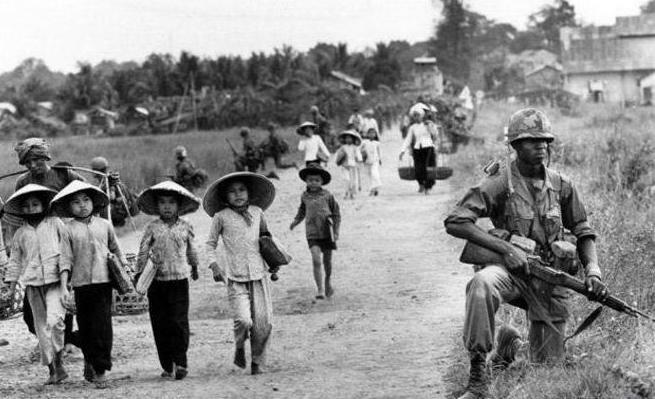 There is one more interpretation of the term "Vietnamese syndrome" - no less sad than the two previous ones. The Vietnamese waged a real partisan war against the invaders, arranging numerous asylums in the jungles of Indochina. Therefore, in order to protect themselves, the Americans decided to destroy the jungle, deprive the partisans of a reliable shelter. For this purpose, specially developed herbicides were used, the most effective of which was Agent Orange, which got its name because of the bright marking of the barrels.

The herbicide worked extremely efficiently: in a matter of hours, all the leaves fell from the trees, and the guerrillas appeared in front of the Americans. Mangrove forests were destroyed almost completely, out of 150 species of birds there were only 18. .. However, the "Orange Agent" killed not only trees and birds. .. The herbicide contained dioxin - a powerful poison that causes people to have genetic mutations and oncological diseases.

The echo of the war

Agent Orange proved to be the strongest mutagen. Until now, children with genetic diseases unknown to science are born in Vietnam. Absence of eyes and hands, deep mental retardation, all kinds of ugliness. .. In areas where the "Orange agent" was sprayed, people are much more likely to suffer from oncological diseases. To all this, some researchers gave the name - the Vietnamese syndrome.

What is this strange phenomenon, will it be possible to find justice? Americans still deny their involvement in the horror. Rare public organizations are trying to restore justice, but the official government does not want to listen to them.