Causes, symptoms and treatment of gingivitis

Gingivitis is a disease that is characterized by inflammation of the gums. Sometimes it can cover a strictly limited area, and sometimes has a generalized character. Before treating the gum, you need to first know the cause of the disease. 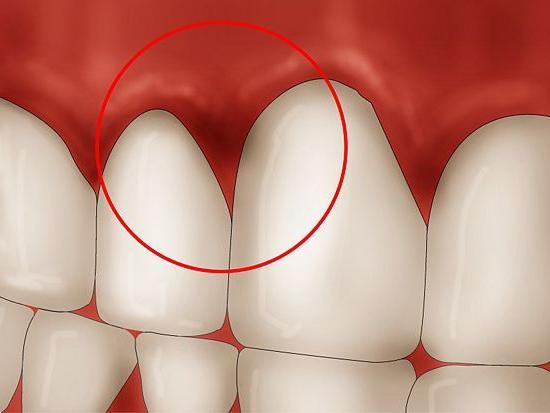 Sometimes provoke an inflammatory process may malfunction in the endocrine system. Most often it happens during pregnancy or puberty. In addition, the cause of the disease can be weak immunity, vitamin C deficiency, the intake of certain medications, as well as improper hygiene of the teeth and oral cavity.

Symptoms of gingivitis appear quite clearly, therefore it is easy to recognize the disease. However, it has different forms, so the signs are slightly different. For example, if the disease has a chronic catarrhal character, the gingiva begins to acquire a cyanotic shade, becomes loose, puffiness develops. The hypertrophic variety is characterized by densification and excessive overgrowth of the tissue, which begins to cover part of the tooth surface. This form has its own peculiarities. For example, the teeth are not positioned correctly. 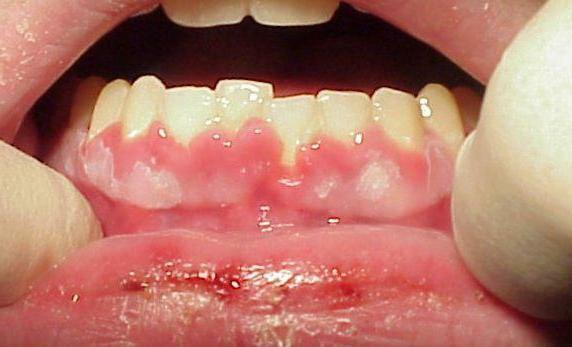 Symptoms of gingivitis ulcerous type are determined by darkening of papillae on the gums, which is accompanied by painful sensations. On the edges they acquire a dark gray shade. If you remove the film from the gums from the dead cells, then blood appears from under it. Often a patient who has this form of illness can not eat normally. Sometimes inflammation is accompanied by a high temperature, which can have critical values. If this situation is not corrected in time, ulcers can go to the mucous membrane of the mouth.

Symptoms of gingivitis are an important factor on which the treatment of the disease depends. The temperature should be brought down, especially if it is too high. However, in the future, self-medication is not necessary, otherwise it can only be made worse. If you find the slightest signs of a disease such as gum disease, it should be treated immediately. 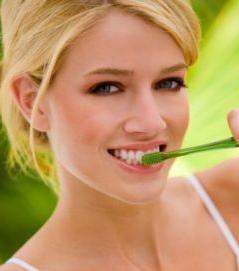 The most simple catarrhal form is eliminated by rinsing the mouth with a solution of sodium chloride. If a more serious type of inflammation is observed, then it is impossible to do without operative intervention. In this case, the doctor should scrape out all the detected foci of infection.

If you have symptoms of ulcerative gingivitis, then all of the destroyed gum tissue should be removed. This operation is done with local anesthesia. During the intervention, the tissues are sanitized with hydrogen peroxide. After the operation, the patient should take immunostimulating drugs for a while, start eating properly. If the signs of the disease are expressed very clearly, the patient will have to undergo antibiotic treatment.

To eliminate gingivitis, you can use folk remedies, for example, calendula decoctions, chamomile, sage and oak bark. It is also necessary to lubricate the gums with herbs that have astringent and firming properties.

It is important to remember that timely and proper cleaning of the oral cavity, rational nutrition and regular intake of vitamin complexes will help to avoid the appearance of gingivitis. Therefore, try to provide all the necessary preventive measures that will keep your teeth healthy and strong.