"Beloyar": the system of exercises, reviews

Recently, the ancient Slavonic complex Beloyar has gained popularity. The system is suitable for everyone, regardless of gender and age. Includes the usual movements that positively affect the work of the internal organs, the spine and mental state.

The history of the

system The founder of the Beloyarsk system is Stanislav Zhukov. A professional psychologist, psychotherapist, phytotherapeutist and chiropractor, an expert in ancient Slavonic massage, he never stopped following his health and constantly improved. As a result of long practice, I gathered a natural movement base related to psychology. The complex was named Beloyar. The system was further developed thanks to its founder and his associates. Zhukov not only propagated her, but also, based on her experience and knowledge, developed, engaged in legal design.

At first the Military Medical Academy became interested in exercises. Later, in the study of patients who recovered through this course of the spine, the scientists found that the body is affected by the thymus gland. It is her stretching that does not allow the muscles to atrophy with age. Any stretching exercises, including the most common stretching of hands after sleep, have the most beneficial effect on the body. Such actions cause the blood to move along the body at a faster rate. As a result, energy affects all nerve endings, muscles stretch, and the body relaxes, calms down, there is strength, performance, endurance.

The Slavonic system "Beloyar" normalizes the state of mind through the natural manipulations of our body. Here the movement is inextricably linked with thought. Violation of this relationship leads to severe nervous disorders, drug addiction, alcoholism, prostitution, sadomasochism, etc.

Etymology of the name "Beloyar"

The etymology of the name "Beloyar" goes back to two roots - "bel" and "yar"."Bel" displays the solar system, the supreme divine power, and "yar" - its energy. This includes all life on the planet. Slavs Beloyar considered God April. He woke everyone alive after the winter rest period. This process the founders of the complex are compared with a body that is for a long time without movement and with the help of natural manipulations of the awakening. Being engaged in the system, the person:

Influence of the spine on the functioning of the body 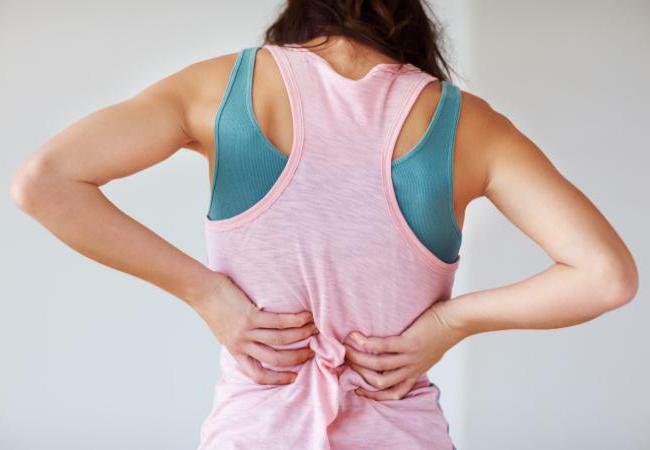 The muscles of the spinal cord and the spinal cord of the Beloyar exercise are stretched. The system helps to establish its functions, because his health depends on his condition. This is explained by the fact that the spine is the receptacle of the spinal cord. This is the frame from which the information threads that go to one or another organ go.

If there are violations here, certain ailments appear in the body: a hernia, scoliosis, protrusion, a violation of posture. This is due to the fact that the roots are pinched, and the transfer of information slows down or stops altogether. As a consequence, the nutrition of tissues is disturbed, which leads to diseases of the internal organs.

The key area, according to the Beloyar doctrine, is the main one. She is often traumatized by delivery, blows, bruises, fall and accident. There is also instability of the vertebrae in the neck, which often gives an even greater failure due to impaired posture. If the vessels are jammed in this place, the brain is enriched with oxygen in full. So there is migraine, headache, vegetovascular dystonia, increased or decreased pressure.

The return of the vertebrae in the right direction triggers the active actions of the spine. Normalizes its immanent processes. A person is recovering both physically and psychologically.

The first stage of the system is reduced to the use of simple exercises that cure the ailments of the spine and the entire musculoskeletal system. At this level, reconstruction of intervertebral discs takes place, scoliosis of any severity level disappears, hernia, neuralgia, and osteochondrosis disappear without a trace. Stop worrying chronic dislocations, fused fractures, all kinds of injuries. Articular pain and many other diseases come to normal. 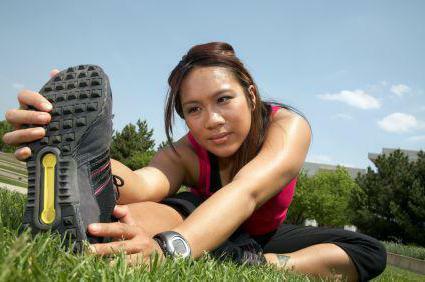 Depending on the degree of neglect and the state of the organism, there are improvements if the patient regularly takes 2 to 24 months. According to numerous observations, people received significant relief with:

The natural movements of the system give a minimal load on the muscles and have a tremendous physical impact. In this case, the central nervous system is restored, which restores the disturbed functions of controlling internal organs. There is a simultaneous effect immediately on all muscle groups. The nodes are dissolving, and spasms disappear. Many complexes and psychological problems go away, because the disease is the loss of control over the work of internal organs. The well-established work of the central nervous system destroys many diseases of the subconscious level.

Already at the beginning of the complex, the network of destructive processes of the nervous system at the deep level of the subconscious is restored. These actions allow people to control their movements and be responsible for all the perfect manipulations. At this stage, there is an awareness of the cause-effect relationship. This applies to drug addicts who, at this level, consciously go to "break", preferring to its next dose of drugs.

Gymnastics system "Beloyar" during this period brings together exercises of a different nature. Particular attention is paid to plastic, not without reason this stage is called plastic. Particular attention is paid to precise and slow transitions. A person learns to form a goal and achieve it regardless of the environment. Self-confidence and self-reliance are formed. All changes occur not only at the physical level, but also at the psychological, mental level. The contractors become more collected, calm, reasonable, responsible and confident.

The development of all the techniques of the second stage takes from two months to a year.

At the same time, experts recommend to supplement the exercises with various types of massage or self-massage. The most effective is cotton, shock and maternal.

Combat level of development of the 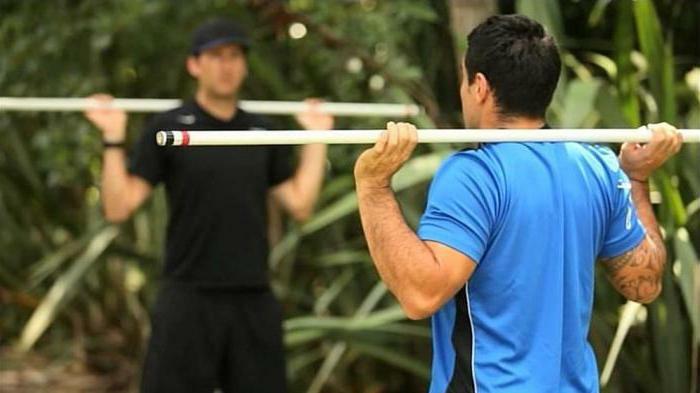 system. The Beloyar natural movement system is interpreted in the third stage as a combat form. Despite the fact that in the Slavic annals there is no mention of martial art, in the health complex all plastic movements are referred to the combat form. This is due to the fact that at the last level of knowledge of the Beloyar system there is an accurate understanding of the work of all muscles and the bone apparatus, making manipulations perfect, similar to combat ones.

In this system, every dance is associated with martial art. There, all movements are purposeful, smooth and calculating. Russian dancing became not an exception. He, according to the creators of "Beloyar", is the most perfect form of natural movement.

At the final stage of training, an integrated worldview is formed, which allows solving the most irresistible tasks. 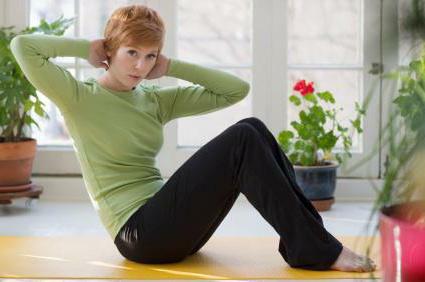 The whole complex of exercises of the health system can not be described, but for presentation here are some of them:

All exercises perform, guided by their feelings, without discomfort. Over time, the duration of exercise increases. 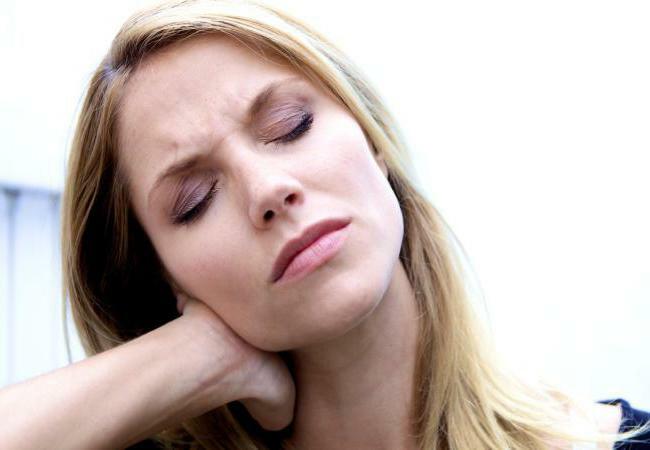 The Beloyar recovery system is especially useful for individuals with:

Already after the first session, an unprecedented upsurge of strength, development of correct posture, elimination of symptoms of a variety of diseases and clamps is felt.

Contraindications to the performance of the

exercises Despite obvious advantages, the Beloyar complex still has some contra-indications. The system is not suitable for people in the period of exacerbation of the disease, in the presence of serious injury, where the performance of exercises can lead to bleeding. Do not get well with the Slavic methods for psychological disorders.

People are engaged in Zhukov's technique for healing, increasing energy and vitality. Some successfully solve problems with joints and spine. Others restore the body after a long illness. Still others want to be healthy and beautiful. Gymnastics system "Beloyar" catches everyone who tried it. 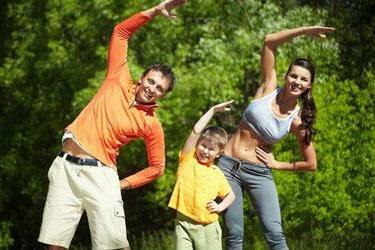 People note the simplicity of exercises and are surprised to notice that they can still ache and muscles. There is an extraordinary rise in vitality and energy. Quickly leave the pain in scoliosis, in places of severe bruises and former fractures. The whinch stops spinning, the lower back aches, and does not bother the legs, even after a busy day. Many people note increased endurance, improved sleep, getting rid of bad habits.

No negative reviews. Occasionally there are skeptical people who consider this system another divorce for money, never tried to deal with it and are not going to.