Constipation is what? Symptoms, causes and treatment of constipation

A healthy lifestyle today is gaining popularity among young people. Young men and girls are interested in nutrition, physical activity and full sleep. Many take vitamins and dietary supplements, are engaged in the prevention of diseases. Despite this, an absolutely healthy person is a great rarity. Every second person today has a tendency to constipation. Most of them do not consider digestive disorder a problem.

Defecation is an absolutely natural process. It does not focus attention. Do not cause concern with occasional difficulties with defecation. Really, a person begins to worry when he feels a heaviness in the abdomen, and all attempts to empty the intestine are unsuccessful. 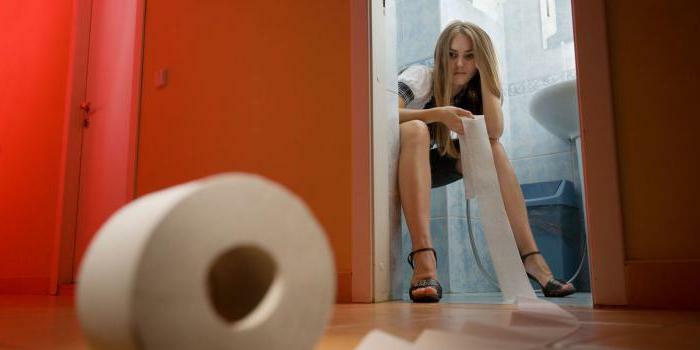 Constipation is a disease?

Constipation is a very delicate problem. It is not accepted to discuss it with friends. People do not know and do not attach importance to the symptoms that indicate the onset of the disease. The first signs of ailment often go unnoticed. How to determine the boundary, when the physiological norm of emptying becomes a pathology?

In the common people constipation is considered a stool delay for several days. This statement is true, but only partially. The thing is that each organism is individual and has its own biological clock. Due to such features there is no single frequency of defecation. The norm can be the emptying of the intestine several times a day, or three times a week. However, the person should not feel discomfort in the intestine.

Constipation is a very common digestive disorder. Propensity to it can lead to the appearance of proctologic ailments. Therefore, this problem today has a high degree of social significance.

Causes and types of digestive disorders

In most cases, constipation in adults is a consequence of irregular eating habits, a low-activity lifestyle. Sometimes problems with stools are observed against the background of psychological stress and various uncomfortable situations. Do not forget about the objective factors of the appearance of bowel dysfunction. These include the pathology of the gastrointestinal tract and diseases of other systems of internal organs, which have an effect on digestive processes. 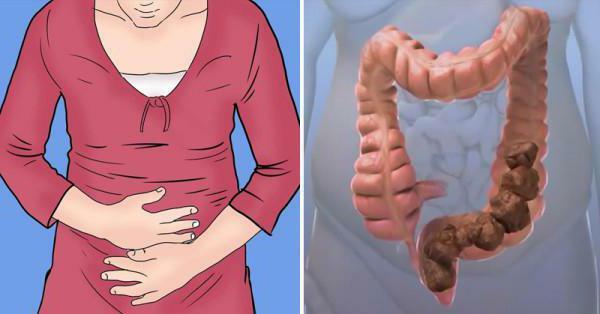 There are several classifications of obstructed defecation. One of them is based on the causal factor, therefore, the following types of constipation are distinguished:

There is another group of constipation. It is so vast that it is advisable to consider it separately.

Psychological and neurological causes of

When potential diseases and extraintestinal causes of digestive disorders are eliminated, functional constipation is diagnosed. This disease, characterized by a delayed stool as a result of CNS pathologies. Certain factors interfere with the natural process of defecation. They belong to the field of neurology. These factors can affect the mechanism of defecation, suppressing peristalsis and disrupting the sphincter. It also happens that a person adheres to a healthy lifestyle, tries to eat right, but his bowels periodically refuse to function fully. Experts can not explain such a phenomenon and suggest searching for a problem in the head.

One of the main causes of constipation is the conscious containment of the emptying process. It is conditioned by the way of life of modern man. Most of the day he spends at work or school, where a visit to the toilet can be inappropriate or impossible. If people are disdaining public latrines, it is necessary to solve this problem. By such behavior, he only harms his own organism. Once you can endure, but systematic deterrence entails a violation of the mechanism of bowel evacuation. 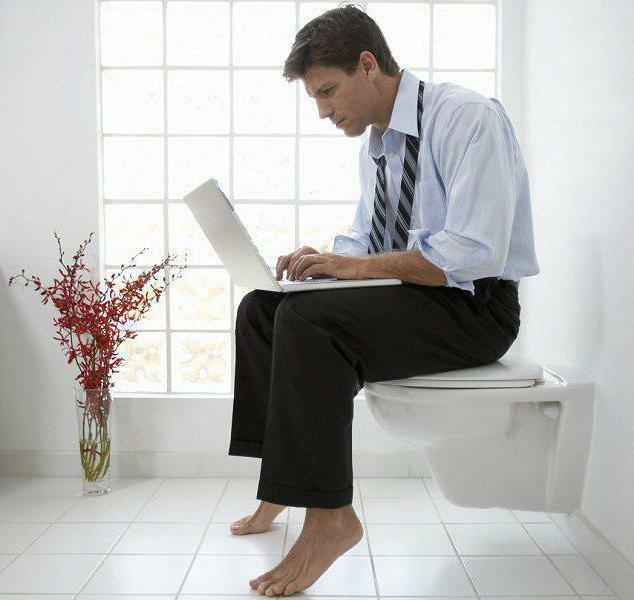 Traveler's constipation is another type of digestive disorder. In this case, a person can not go to the toilet in certain conditions: in a train or plane, at a railway station. In such people, similar problems happen quite often. Many interpret this as a force of habit to the "home" bathroom, where everyone feels comfortable. In any other situation, he can not relax, so the natural mechanism of defecation does not work.

Separately, it is necessary to affect the functional problems of the intestine. Constipation in this case, doctors are classified as a separate category of disorders. It is associated with irritable bowel syndrome. This is a whole symptom complex, characterized by various failures, not caused by objective reasons. This disease is usually associated with a history of stress, prolonged nervous overstrain or psychological trauma. In this case, constipation is one of the numerous manifestations of irritable bowel syndrome.

In most cases, the symptoms of digestive disorders depend on the nature of the disease that caused it. Among the most common signs of constipation are the following:

Depending on the nature of the defecation, two types of constipation are distinguished: acute and chronic. In the first case, the absence of stools is observed for several days. If at this stage to ignore the problem, chronic constipation develops. This is a rather dangerous condition. The person is compelled to constantly push, as a result of which the prolapse of the rectum is possible.

Constipation in children and its symptoms differ from manifestations of defecation in adults. They have a length of stool delay sometimes up to 36 hours. This time can be considered regulated. If the chair is more frequent, it is a question of inconsistency in the work of certain systems in the child's body. 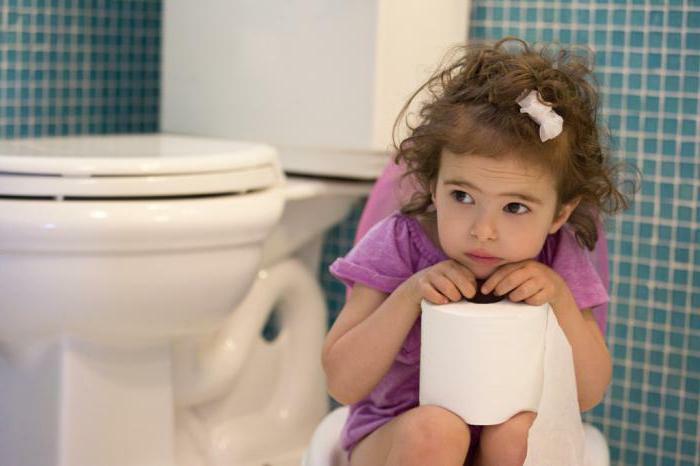 Constipation in early pregnancy is an equally exciting issue for many women. Most often, disorders arise from the squeezing of the rectum by the fetus. Symptomatology is similar to the general clinical picture of constipation, but it adds rumbling in the abdomen. To restore the health of women doctors recommend to review the diet, use more liquid.

What constipation is, how to deal with it - these are the two questions that a patient should receive answers after visiting a doctor. Usually the specialist offers several treatment options, but we'll talk about them below. Diagnosis of constipation takes place in several stages. Initially, clinical symptoms are assessed, and an irrigoscopy( X-ray examination) is prescribed. It helps to assess the lumen of the large intestine, to determine the presence of tumor formations, developmental anomalies.

In the second stage of the diagnosis, the patient is asked to undergo a colonoscopy. This is an endoscopic examination of the intestine, in which biopsies are taken from the mucous membranes. Then the material is studied under laboratory conditions. After this, the doctor begins to examine the general condition of the digestive tract. These include sphincterometry and anorectometry, as well as various laboratory tests. What is the purpose of such a survey? To choose the right tactics for solving the problem, depending on the cause of the pathology. Usually, therapy includes the removal of provocative factors and symptomatic treatment.

Diet - the basis of the fight against the disease

Without changing the usual diet, treatment of constipation does not make sense. If you continue to eat dry and irregularly, from the problems with the stool can not get rid of ever. First and foremost, doctors recommend excluding products that cause constipation. This fatty meat, pasta, confectionery. 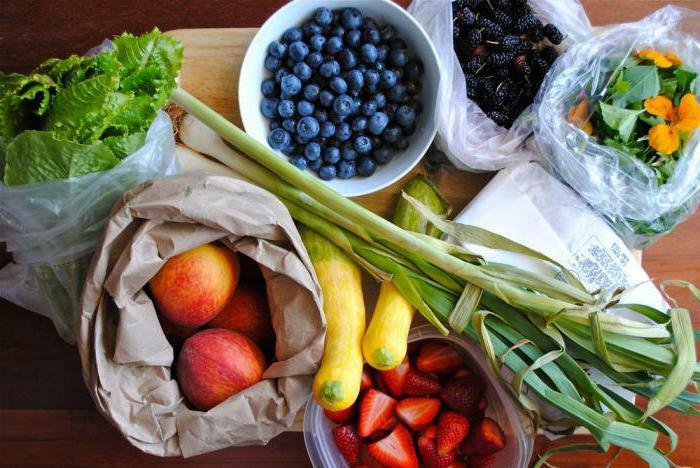 You should observe a certain diet and eat strictly at certain times. In the diet, you must include foods that contain fiber. First of all, these are raw vegetables and fruits. Fiber is not absorbed by the body fully, but it increases the volume of the stool and promotes its movement through the intestines. It is useful to include in the diet bran, buckwheat porridge, sea kale and lean meat. From alcohol and carbonated drinks it is better to refuse. It is important to observe the correct drinking regime. A day is recommended to drink up to two liters of clean water. A lack of liquid can lead to hardening of stool and provoke strong constipation. What if there is no possibility to eat at a certain time? In this case, doctors recommend preparing food in advance and taking it to work in containers. Approximately in 2-4 weeks of such nutrition it is possible to feel the first positive results of treatment.

In the treatment of constipation, laxatives are used. However, they are contraindicated for intestinal obstruction caused by polyps or tumors. Therefore, it is so important to undergo a screening before starting a course of treatment.

There are several groups of laxatives that have different mechanisms of action:

What should I do if I have a spastic character? In this case, laxatives are powerless. Treatment should be aimed at eliminating spasm. For this, patients are prescribed "No-shpu" or "Papaverin", as well as sedatives. 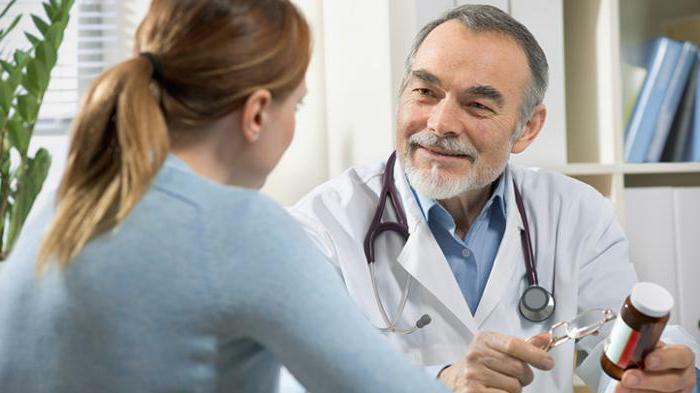 If a person sits at the computer for hours and spends little time physical activity, his muscles do not work. Their tone is also lost by the walls of the intestine. No wonder they say that movement is life. With a pronounced tendency to constipation, doctors recommend that you give time for physical activity, if it can not be increased during the day. For this, any sports that involve the abdominal muscles( swimming, running, fitness) are suitable.

Constipation is a very serious problem. However, not always laxatives can be found in the home medicine cabinet. What to do? Folk doctors offer their own solutions to this problem.

Few people know that kissel from elderberry berries and decoction of senna leaves strengthen intestinal motility. To eliminate the spasm and facilitate the process of defecation, the usual infusion of valerian is useful. To normalize the stool, you can prepare a product based on dried fruits and honey with the addition of senna leaves. It should be taken in the morning on an empty stomach, one tablespoon. Every day folk healers recommend starting with a glass of warm water, because the liquid stimulates the urge to defecate.

Laxatives today can be purchased at every pharmacy, it does not require a prescription from a doctor. However, such therapy only has a temporary effect, it does not solve the problem itself. Constipation is a serious digestive system disorder. Do not ignore the first of its symptoms, it is better to immediately turn to a specialist. It is necessary to treat the main cause of the disease, and this requires a lot of time and effort. Sometimes you even have to change your way of life. 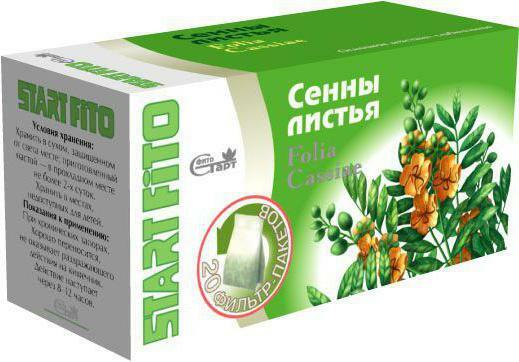 It is not customary to speak out about stool delay. But it's also not worth keeping silent about it. From the well-coordinated work of the intestine depends on the health of a person, his emotional mood and physical comfort. If this problem is not solved, serious complications can arise. What causes constipation?

In addition to immediate complications, which include a feeling of heaviness and flatulence, are not excluded:

Difficulties in defecation can be the first sign of the onset of the development of serious pathologies of the digestive tract, the endocrine system. In addition, constipation is sometimes a symptom of neoplasm in the intestine. The most dangerous complication is cancer of the large intestine.

To prevent these complications, it is necessary to deal with the prevention of constipation. First of all, it implies the timely treatment of gastrointestinal diseases. Also, doctors recommend eating. It is necessary to exclude from the diet all products that cause constipation( legumes, cereals, etc.).It is recommended to give preference to warm dishes and drinks. The diet should consist of fresh vegetables and fruits, lean meat. It is useful to regularly eat vegetable oil in small quantities. Particular attention should be paid to motor activity.