In nature, there are many unusual places. I would like to tell you about one of them, namely the salt mines. To date, there are conflicting opinions about the benefits and harms from such natural clinics. Let's figure out what they are and how they affect the human body.

What is a salt mine? In fact, this is a cave that was formed by the extraction of rock salt or by natural weathering. Improvement of the body is due to the beneficial effect of saline air on the human body, descended into the mine. 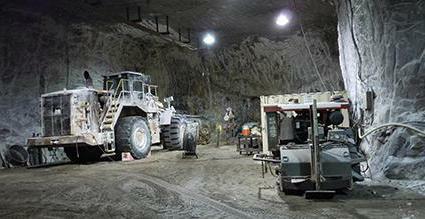 Mines are distinguished by the fact that they maintain a constant air temperature, humidity and pressure. The air in the cave has healing properties. It is saturated with microelements and highly ionized. Microparticles of salt, contained in the air, enter the respiratory tract and cleanse the body of harmful bacteria.

Salt deposits are located all over the planet, but they are all different in salt composition and depth of generation. So, the salt mine, the photo of which is presented below, is in Poland, in the town of Wieliczka, and it is not very deep. Its depth ranges from 57 to 198 meters. It is interesting because in the 15th century a favorable effect of salt on man was noticed, and excursions for noble persons began there, but only with the permission of the king. This mine was open to visitors only at the beginning of the twentieth century. At the moment it is the most beautiful mine in the world. It is unique with its carved monuments, obelisks, as well as art sculptures made of salt. 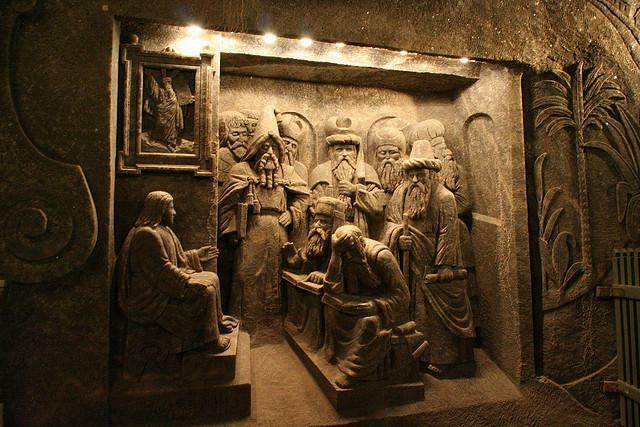 Luckily, the salt mines in Russia also exist. One of them is located near Orenburg, in the city of Sol-Iletsk, the second is in Ufa. Developments began in the XVI century, but only by the twentieth century they turned really into mines in the modern sense. Before that, they were dumps with a little salt. Currently used for speleotherapy. And now let's discuss what is the benefit of visiting such mines?

Often doctors can hear such advice: rinse throat with salt water. What is achieved by this procedure? A person gets rid of pathogens. But the effects of salt on the human body as a whole can be achieved only if a salt mine is visited. The benefits of this procedure exceed expectations. When inhaled, microelements and minerals contained in the air enter the bloodstream and have a beneficial effect. Thus, the level of histamine normalizes and protein-carbohydrate metabolism is restored. 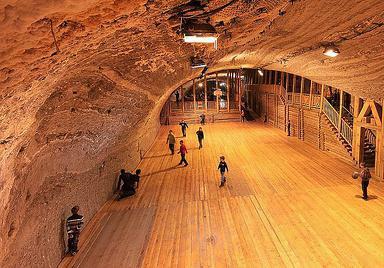 Also respiratory functions of the body are restored. It is especially useful to visit salt mines to people suffering from bronchial asthma and allergies of different etiology. The effect on the body is complex, which, in turn, strengthens the human immune system.

We have analyzed that mines have a beneficial effect on the human body. There is a reasonable question: what diseases are recommended to visit the salt mines?

I want to clarify at once that their visit is shown for both adults and children. First of all, bronchitis and bronchial asthma are treated there. Allergies, especially those associated with seasonal irritants, as well as allergic and vasomotor rhinitis, can go away completely. Frequent colds are also an indication for speleotherapy.

The mine can be visited for other purposes. For example, this is a great opportunity to improve the body or restore strength during the rehabilitation period. For those who want to look young, this is also a great opportunity to make the skin fresh. You can also get rid of depression. It should be borne in mind that one time for recovery will be few. To achieve a therapeutic effect, a speleotherapy course from 10 to 24 sessions is required.

Someone may be surprised that not everyone is shown as a therapy salt mine. Contraindications to speleotherapy - is this possible? It turns out, it is possible. To begin with, contra-indications include all acute stages of diseases, including those that are treated with salt. Also, procedures for tuberculosis, malignant diseases, blood diseases and bleeding are contraindicated. In some cases, in the remission phase, the doctor may propose a health course, but only under his strict control. 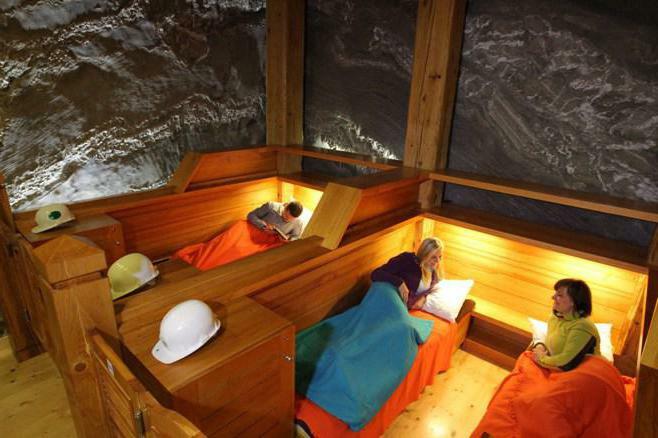 Some mental illnesses are also a contraindication, for example, claustrophobia, increased anxiety or suspiciousness. People with cardiovascular diseases, hypertension, kidney disease are not recommended to visit caves.

Separately, it must be said that children under 3 years of age are advised to visit the salt mines only under the strict supervision of the attending physician.

In order for the impact on the body to be effective, you should remember some rules of behavior in the halochamber. The first and most basic: children under the age of 7 visit the room accompanied by one of the parents. The child should behave with restraint: either sit in a chair, or quietly play in a quiet game. Running around the room is prohibited.

Secondly, if you are visiting a room with a toddler under 3 years old, then it should be awake, and not sleep in your arms. The fact is that with sleep, breathing slows down, and there will be no effect, since salt ions can not penetrate far into the respiratory system. Be sure that the child does not rub his eyes with his hands, thus you can get a severe burn. 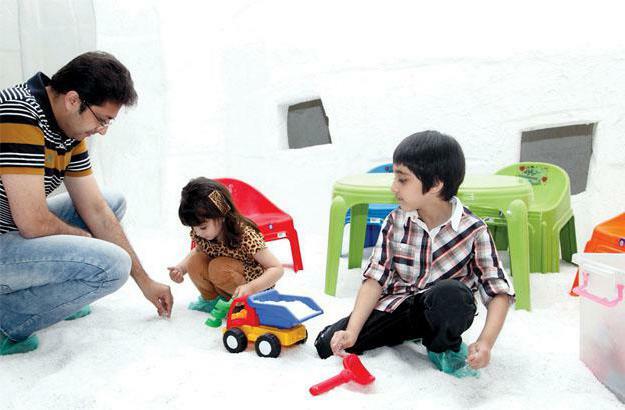 It is recommended to be in a speleo-chamber in clothes made of natural fabric. In many institutions equipped with salt rooms, towels, shoe covers and sheets are given out. Also important is the fact of eating before and after visiting the room. Before visiting the salt mine or room you can eat for 1 hour. And after taking the session, it is not recommended to eat food and water for half an hour.

At the moment, you can hear conflicting reviews of those who visited the salt mines. Treatment of some did not bring benefits, and negative reviews. Others, on the contrary, praise the mines and want to visit them regularly. 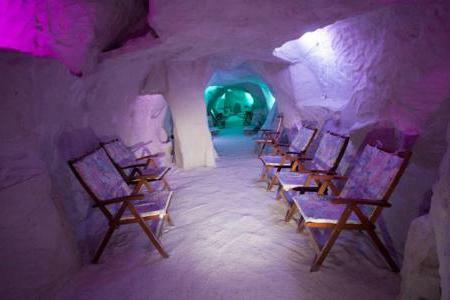 To date, doctors recommend visiting salt mines and equipped rooms to improve the well-being of both children and adults. The effectiveness of this method of treatment is proven by time, but it all depends on the severity of the disease. According to pediatricians and parents, children who regularly get colds get immunity. As a result, 95% of small patients no longer get sick too often.

To visit salt mines or rooms, to solve personally for everyone, but at the same time it is necessary to take into account many factors that can affect the health of a person both in the positive and negative aspects.