It's a long time ago when a person with poor eyesight could count only on glasses in plastic frames with thick glass and heavy lenses. Modern ophthalmology can offer a lot of different options on the subject: "Lenses for glasses."Yes, and frames today produce a variety of shapes and from a variety of materials.

For the first time the mention of glasses can be found in documents dated 13th century AD.The material from which the first frame was made was the tortoise shell. It happened in China 2 thousand years ago. Around 1000 AD.e.monks began to use magnifying glass when copying manuscripts. 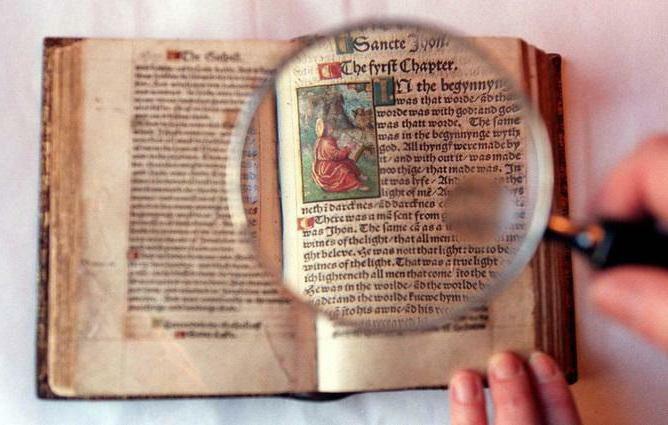 When books became an object accessible to the public( this is the period around the 15th century), glasses became more popular. Rims, lenses - everything was far from perfect, and their design was somewhat different than now. Then the man either held glasses in his hand, or placed them on the bridge of his nose.

By the beginning of the 17th century, glasses equipped with temples had appeared in London. And the end of the 19th century was marked by the fact that high-quality spectacle lenses were invented in Germany. They were glass, and this situation persisted until 1940, when a new kind of plastic was developed in Pittsburgh, which became a worthy competitor to glass - brittle and rather heavy.

Over the next 75 years, optics developed in leaps and bounds. Today, modern lenses are classified by weight parameters and can help a person with any eye disease.

lenses As mentioned earlier, eyeglass lenses can be glass( inorganic) or plastic( organic).Glass for the production of lenses has been used for a long time. This material has excellent optical properties, effectively protects the eyes from UV radiation. Its( glass) surface is sufficiently resistant to scratches. However, glass lenses are much heavier and thicker than plastic lenses, and it is not always possible to install them in modern frames. 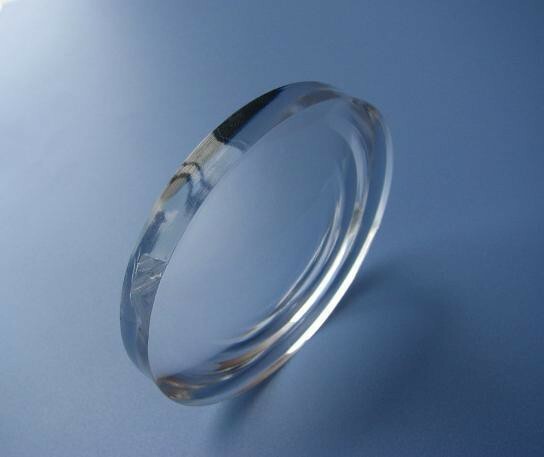 Spectacular lenses made of polycarbonate are thinner and lighter compared to glass. In addition, they are shockproof, which makes it possible to safely wear such glasses to children and people involved in sports. This material has the ability to protect the eye from ultraviolet radiation.

Since 2000, there has appeared on the market one more material for manufacturing lenses for glasses - trayvex.

Variants of the optical effect of

lenses The glasses for eyesight( or rather, its correction) in terms of their optical action are spherical, astigmatic and afocal.

Afocal lenses do not have any optical capabilities at all. Such glasses can be worn either by people without any problems with visual perception, or by those who suffer from aniseikonia( the eye has a significant difference in the size of perceived images).In this case, eyeconic lenses will be required in the manufacture of eyeglasses. If a person suffers from strabismus - glasses are made with afocal prismatic lenses.

Optical zones and their number

Optical zones in the lens can be several, therefore according to their number, classification according to categories such as monofocal and multifocality is possible. Multifocal, in turn, can be divided into bifocal, trifocal and progressive lenses for glasses.

Monofocal have one focus and are applied only when you need correction of a single distance - near or far. The scope of these lenses is limited to correcting astigmatism and weak accommodation( the ability of the eye to change focus due to the weakening or strengthening of the contraction of the ciliary muscle) associated with age.

When it is necessary to correct vision at several distances, they talk about multifocal lenses. 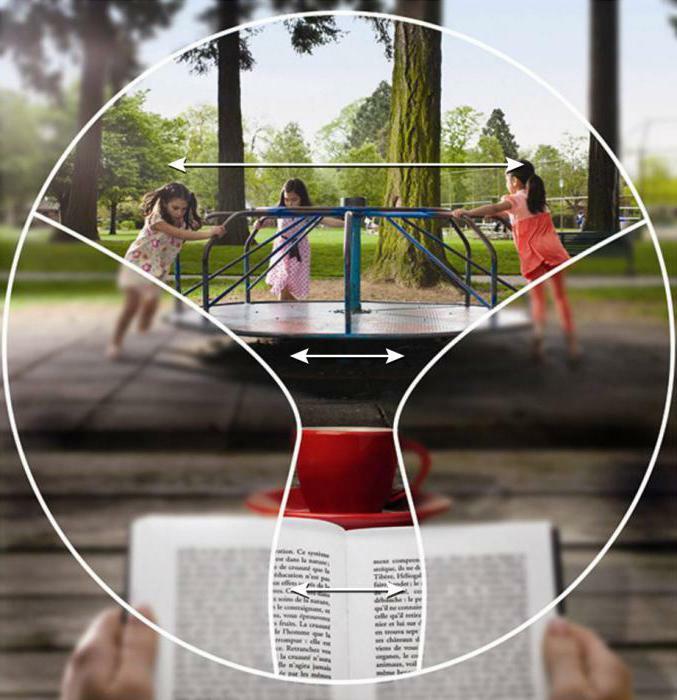 An example of their use is presbyopia, when a person can not view fine print or small objects at close range. Glasses with multifocal lenses will relieve a person from having to remove them when looking from a close distance and vice versa.

Eyeglass lenses, from whatever material they are manufactured, will not have ideal characteristics. Meanwhile, the application of various coatings makes it possible to significantly improve their quality and capabilities, from increasing resistance to damage and contamination and ending with improved visual comfort. Consider the most commonly used and best-selling consumer lens coatings.

Photochromic - it makes it possible to protect the eye from the aggressive influence of ultraviolet light due to its ability to change the light transmittance depending on the illumination. Polarizing lenses are covered with a special film( filter) and allow only vertically polarized or completely unpolarized rays, so the eye will not suffer from glare from water, roadbed or snow.

To reduce discomfort when reflecting light rays from a sclera, cornea or lens surface, an antireflective( antireflex, antiglare) coating is used.

The reinforcing coating increases the scratch resistance of the lens, and the hydrophobic coating gives them a smooth, water-free, dirt-free and dust-free appearance and facilitates the care of eyeglasses. For those who spend a lot of time in the sun, glasses with UV-blocking lens coating will be useful.

For the manufacture of sunglasses, a mirror coating is applied, which is applied only to the outer surface of the lens and can be of different color shades. In addition to all of the above, color coatings are widely used, i.e., the color of lenses of glasses can be very different.

Difficulties in choosing: glass or plastic?

At present, glass "eyes" have practically no advantages over their polymeric counterparts. Plastic lenses for glasses, the price of which can vary significantly depending on optical parameters and hardening coatings, are leading( and already with a large margin) in the optics market.

However, when it comes to correcting a high degree of myopia( a big minus of 10.0 D and more), from an aesthetic point of view, mineral lenses will look better due to the fact that their edge will be thinner than plastic.

In addition, glass eyewear lenses are traditionally used by manufacturers that manufacture eye protection products from the sun.

Factor of refraction: what to prefer?

The refractive index of lenses made of polymers varies from 1.5 to 1.74.The thinner and stronger the lens, the higher its ratio. It weighs less and costs more. If you choose the correct one, you will be guided by the prescription from the doctor and the frame, which is preferred. 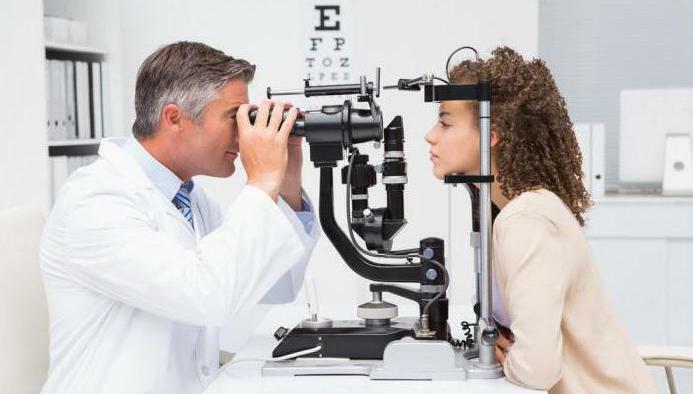 Monofocal or progressive lenses for glasses with small diopters( from -2 to +2) can be with a refractive index in the range from 1.5 to 1.6.With an average of dptr( from -6 to -2 and +2 to +6), the optimal ratio is 1.6 to 1.7.If the diopters are high enough, it is best to give preference to lenses with a refractive index exceeding 1.7.

If the consumer has chosen a frame of plastic, then in her a thick lens with a small coefficient will not be as noticeable as in the frame on the line or on the screws. If the frame is screwed, then a thin and strong lens is preferable, i.e. with a higher coefficient.

There are people who do not have any problems with vision, but nevertheless they have glasses to maintain their image. Replaceable lenses of different colors and shades in them give the chance to the owner to correspond to surrounding conditions in which it is, perfectly to see at any weather conditions, in light and dark time of day. Gray lenses will protect the eyes on a sunny day, blue will be in demand with a variable cloud cover, clear ones are designed for cloudy weather, and yellow perfectly polarize the light from the lanterns in the evening. 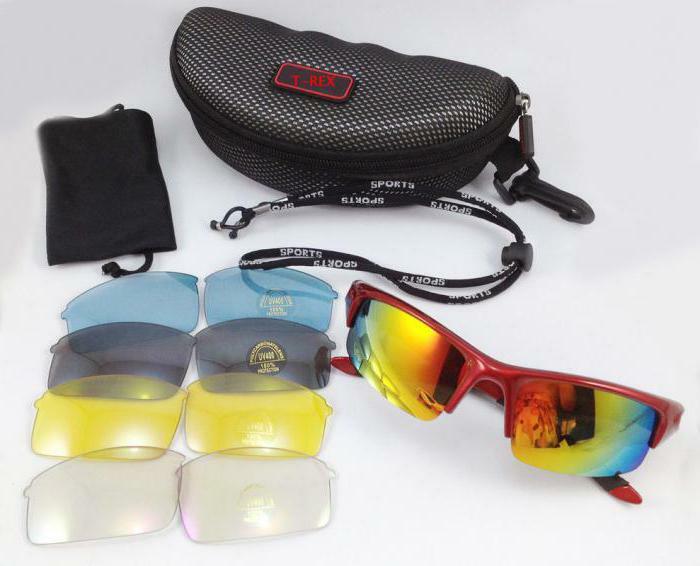 Athletes also tend to prefer glasses with interchangeable lenses that can be easily changed in one motion, but are firmly fixed in their place. The shape of these lenses is designed to fit snugly to the face, but at the same time provides an excellent view. Water repellent coating is also an important element of such lenses, the water does not accumulate on them, but flows freely down without leaving any stains.

On the lens for glasses, the price can fluctuate very much. Inexpensive products are considered, the cost of which is from 1290 to 1700 rubles, lenses of the average price category will cost in the amount of 2700 to 9000 rubles and even more. To costly products include the cost of 12 000 to 26 000 rubles. Everything is purely individual. The price depends on the mass of the indicators: the material, the color and design of the lens, the shade of the anti-reflector, the diameter and thinning of the lens, its coverage. In general, the wider the buyer's financial possibilities, the more elegant, advanced and at the same time comfortable lenses for his glasses he can afford.