Henry Marsh, a British neurosurgeon: a biography. The book "Do not Harm: The Stories of Life, Death and Neurosurgery"

The world's star of neurosurgery, a doctor who has performed several thousand operations on the spinal cord and brain, has a huge number of professional awards - all this about Henry March. Right after retirement, he released a book that became a bestseller in a matter of days! We suggest you get acquainted with this unique person. 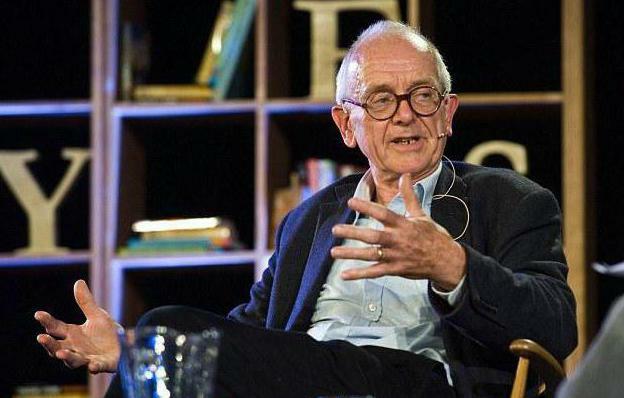 The future neurosurgeon was born on March 5, 1950.It happened in the UK.Father Henry is a well-known lawyer professor, who in the sixties of the last century became the founder of the human rights organization Amnesty International. Mother Marsha is a refugee from Nazi Germany, she came to Britain in 1939.

When Henry is asked about what event he can call the most significant in his life, he confidently answers - the first observation of the operation on the brain. He then only came to medicine, after that, Marsh decided to engage in neurosurgery. 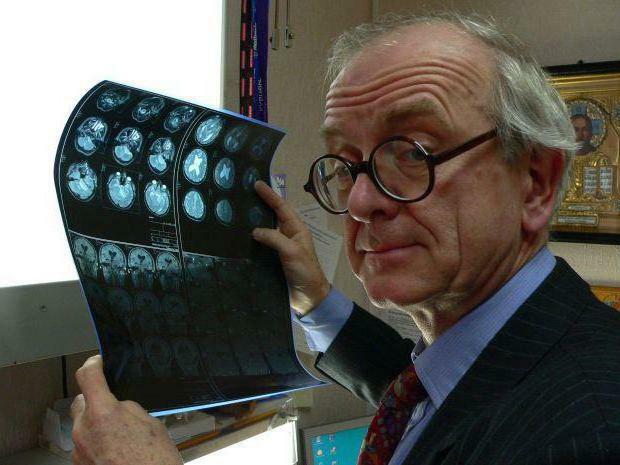 He served as a senior neurosurgeon consultant at the St. George Hospital, located in south London. This hospital is one of the largest centers for brain surgery in the UK.Specialization Henry Marsh - operations on the brain under local anesthesia. It is worth noting that since 1992, Marsh has been working with neurosurgeons in countries that used to be part of the Soviet Union. He pays special attention to neurosurgical assistance to Ukraine.

Henry's activity became the main theme of the British documentary film, released in 2007, which they called - "English Surgeon".As for his personal life, Marsh is married to Kate Fox, a social anthropologist. It was to his wife that the neurosurgeon dedicated the book. In addition, Marsh is the father of three children. Free time the doctor devotes to making furniture and working in the apiary.

Book of Henry Marsh "Do No Harm"

"Stories about life, death and neurosurgery" just conquered the hearts of the British - for a couple of months they bought out about 170 thousand copies! This is not surprising, because in his book Marsh shared his thoughts, examples of medical practice. The experts were impressed by the sensational figure - only the medical workers were to become the target audience. However, to date, the book has been translated into 17 languages. 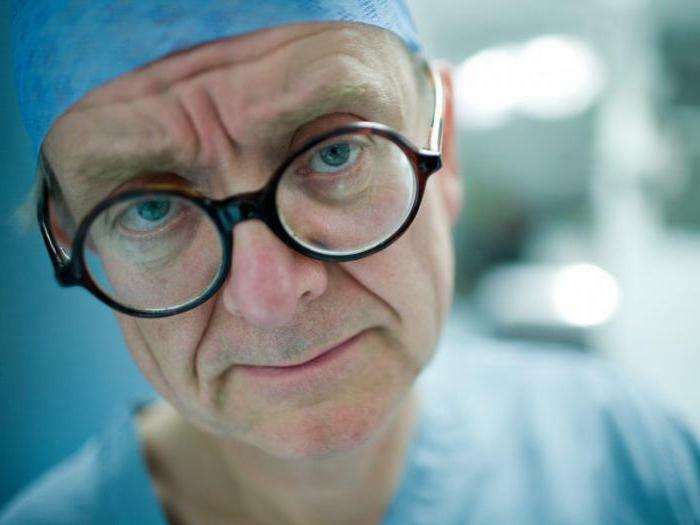 So, what does Henry Marsh write in "Do No Harm"?The doctor says that making mistakes or facing other people's mistakes, we usually calm ourselves with common phrases like "a person is prone to make mistakes."But will those words of comfort be comforted if one becomes a victim of incompetence? Will they make it easier for the doctor who could not help? Patients want to believe that the specialist who will perform the operation at his workplace is absolutely infallible and omnipotent. In their opinion, he is not tired and can not feel bad, and even more so - is not distracted by extraneous thoughts. But what is it really like to be a surgeon and to know that it is from your actions that a person's life depends? This question is sooner or later asked by each neurosurgeon. Henry Marsh meditated on these issues throughout his career. The result of this reflection was this book - frank, exciting and piercing. The main idea of ​​this book of Marsch fits into two words: "Do no harm." 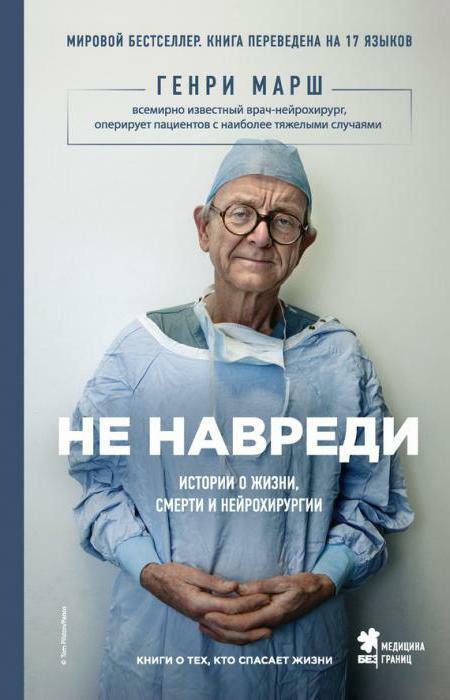 The history of the book

In numerous interviews, the neurosurgeon talked about how he worked on his book. It all began with the usual teen diary, which Marsh led from 13 years. In recent years, it has become a kind of therapy, besides Henry, whose work was extremely extreme, did not want his entire experience to disappear. The writer admits - when the idea of ​​creating a book based on diary entries appeared, he assumed that the work would turn out to be open and even shocking. But that's what he did not expect, this is an unprecedented popularity among the townsfolk.

A march about writings and secrets of

It should be noted that Henry Marsh's book "Do no harm" is not the only one in his bibliography. In 2014, the doctor published biographies of famous neurosurgeons. And more recently on the shelves of bookstores there was a book called "Calling. On choice, duty and neurosurgery. "And when he was a teenager, Marsh wrote poetry. As soon as he turned 22, he burned all his lyrical works, considering them extremely bad. About what, by the way, now regrets. 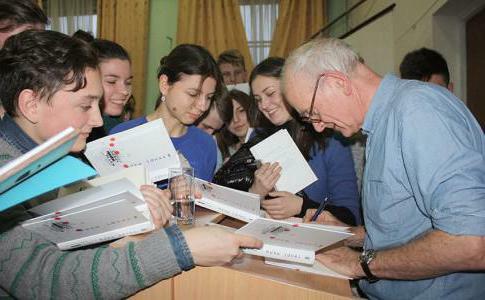 Henry does not have special secrets of writing skills. To journalists he tells that the main rule of a good writer is reading a large number of books. He also mentions that his best friend is the Delete button. Another important rule is to never use two words where it is quite possible to do one. Neurosurgeon Henry Marsh has no reason to decorate his text with a large number of adjectives, metaphors. The fact is that he watches a lot of stories daily on the job, so he has enough reasons to write notes. That's why the book "Do No Harm" is written simply and accessible, which "hooks" readers.

Quotes from the book

The book was so popular that readers instantly snapped it up for quotes. One of the most popular: "Psychological research has shown that the most reliable way to one's own happiness is to make others happy."He writes Henry about the human brain. He calls it a riddle of nature and compares it with the stars in the night sky and the whole universe. 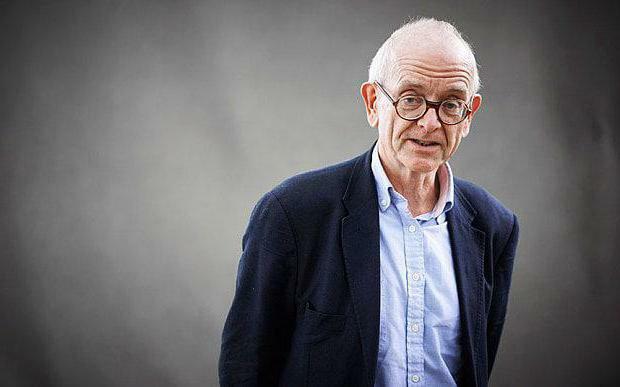 Henry Marsh also writes a lot about the activities of doctors. For example, he says that inside each surgeon there is a small cemetery, where he goes from time to time to pray. The writer also notes that the surgeon is simply obliged to disclose the truth to the patients, but he should not deprive them of the last hope. But the most important quality of the surgeon is the combination of his nerves of steel, the lion heart and female hands.

Secrets of longevity from a British neurosurgeon

In a recent interview, Henry Thomas Marsh shared the secrets of longevity, which he was able to reveal. Among them are the following:

Henry says - mastering at least one foreign language significantly reduces the chances of becoming demented. It is very important to go in for sports. Marsh himself ran at least 60 kilometers a week. However, after a knee injury, the doctor was forced to abandon the run, replacing him with physical exercises. He combines them with regular cycling trips - for the past 40 years the man has not used any other mode of transport! The neurosurgeon advises to refuse smoking and even more so the use of narcotic substances.