Removal of gynecomastia: surgery and rehabilitation

Many men often face an unpleasant problem of an aesthetic nature - an increase in mammary glands. For the stronger sex, this seemingly mere trifle often causes severe depression. Since childhood, educated on the axioms, which say that men should not complain, they take this rule literally. And do not turn to plastic surgeons, thinking that they are showing slack. Physicians calm all the gentlemen: the removal of gynecomastia, and this is how professionals call the procedure for the return of a normal breast, is a non-hazardous operation. By agreeing to an intervention, you can forever get rid of a small defect in your appearance. 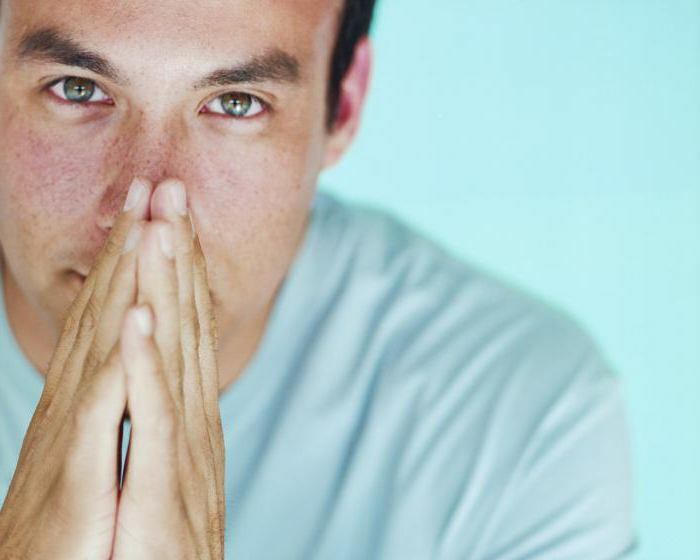 The main causes of gynecomastia

As already mentioned, gynecomastia is an increase in mammary glands in the stronger sex. Breast enlargement occurs because of swelling of fatty or glandular tissue. This part of the body is hypertrophied. The mammary glands look saggy. Visually, they resemble female breasts. The problem becomes a consequence of various endocrine disorders, cancer, hormonal changes, drug use. People suffering from some chronic ailments suffer from it.

But most often gynecomastia is caused by a violation in the body of the level of female sex hormones - estrogens. Sometimes its development provokes a genetic predisposition or certain constitutional features of the body. In this case, the gentleman is offered to carry out a gynecomastia removal. In men, such recommendations cause a storm of doubt: is it worth it? Unambiguously, the operation is necessary, since it is the only way to solve the problem.

What drugs cause the development of the disease?

For the removal of gynecomastia, those men who have been diagnosed with the disease should be resolved. Unfortunately, sometimes they are to blame for having "earned" a similar problem. Uncontrolled intake of anabolic drugs often leads to the development of gynecomastia. Trying to quickly pump up muscles, gentlemen begin a course of steroids, which often unknowingly is unbalanced. Some drugs are converted into estrogens and provoke abnormal growth of mammary glands. There are three types of gynecomastia:

In either of the three cases, the representative of the stronger sex will be offered a removal. Gynecomastia can be said "no" only with the help of a scalpel.

As already mentioned, the treatment of the problem is surgical. But before you agree to the removal of gynecomastia, you need to consult a doctor. The surgeon will decide if you have indications for reduction mammoplasty. Firstly, men who have a normal weight are admitted to the operation. Secondly, they should not have chronic diseases of the kidneys, lungs and heart. Remember that it is not worthwhile to lie down under the knife, especially if the problem is not pronounced. Perhaps a set of physical exercises will help to adjust the shape and size of the mammary glands. As for adolescents, they are recommended an operation if gynecomastia is observed for more than two years. It is clear that contraindications for surgical intervention are obesity, the presence of chronic diseases of internal organs, a mild form of ailment. 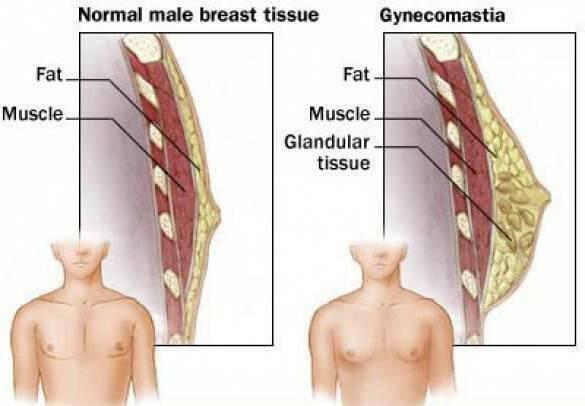 The operation to remove gynecomastia is prescribed only after a complete examination of the patient. It provides:

The doctor takes photographs of the chest so that after the operation it is possible to evaluate the result by comparing the pictures "before" and "after".For two weeks before the manipulation, avid smokers are recommended to get rid of a bad habit, since the use of nicotine negatively affects the healing process. 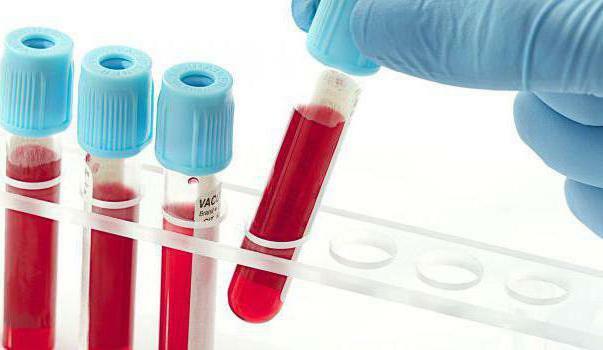 How is the operation performed?

The operation to remove gynecomastia in men is as follows. First, near the edge of the dark nipple mug - the alveoli - an incision is made. Sometimes it is located in the groin area - the localization depends on the chosen technique. After the incision is made, the doctor excludes excess skin and glandular tissue. Then the wound is sutured.

When it is necessary to pump off excess subcutaneous fat, a small incision is inserted in the cannula. It is connected to a vacuum device, which carries out liposuction. In any case, after the completion of the main stages of the procedure, drainage tubes are inserted into the wound. The patient wears them for the first few days, thereby preventing the appearance of bruises and gray. The wound is superimposed with a sterile bandage. The operation usually lasts 1-1.5 hours. It is conducted under general anesthesia. 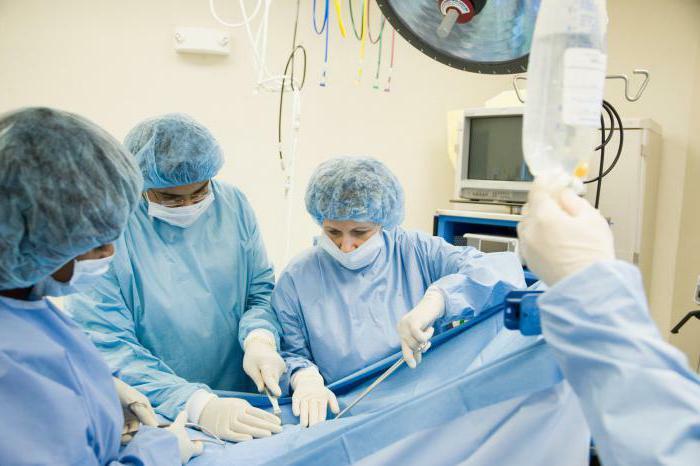 After removal of the gynecomastia, the excised tissues are sent for histological examination. It is an obligatory stage of treatment, as it is able to detect the presence of cancer cells - atypical formations. At this time, the doctor makes sure that the patient does not experience complications. These include the following problems:

After an operation to remove gynecomastia, the stronger sex is often in a good mood. The woman's breast disappears, the body acquires the male contours. Joy overshadows some discomfort in the area of ​​the mammary glands - the patient can feel pain. Analgesics will help to calm her down. Of course, the operation is minimally invasive, so the patient is likely to go home the next day after the surgery. At the same time he will need to go to the hospital every day for examination and bandaging. Do not be scared if the operated area swells. This is the norm. Be careful: avoid sudden and rapid movements.

A man wears compression underwear day and night - this is a prerequisite for preserving the result obtained operatively. Do not raise your hands high above your head to avoid stretching the seams. By the way, they can be made by boring or ordinary threads. In the latter case, the sutures will be removed ten to twelve days after the operation. The entire recovery period lasts about three to four weeks. 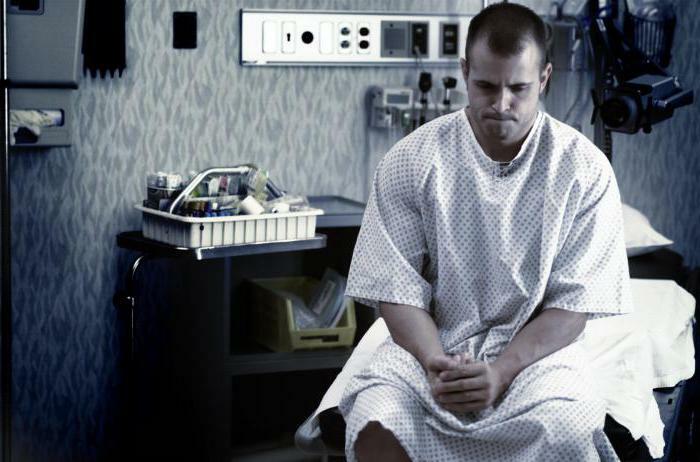 Men who underwent gynaecomastia removal, the reviews leave positive. They are happy with the quick resolution of their problem. Some do not like that during the month you can not go in for sports. Do not raise your hands, swing them, do sharp movements.

The result of the surgical intervention can be estimated after six weeks. Only after they have passed, the patient will form the final contour of the breast. Men say that thanks to the operation they managed to get rid of at least 50 percent of the excess tissue in this area. In short, as the reviews say, surgery to remove gynecomastia is a great way to get rid of not only the disease, but also of the tormented complexes. After her, the gentleman will be able without shame to visit saunas, gyms, beaches and swimming pools, his intimate life will be fine, and there will be no trace of depression.