"Sinupret"( tablets): reviews, instruction on use and analogies

To date, pharmaceutical companies offer a huge selection of drugs on a plant basis. Finding a truly effective tool from this category is quite difficult. Special attention should be paid to the best-selling drug "Sinupret"( tablets).The patient's feedback confirms its effectiveness and safety for the body.

What is a medicine?

First of all, it is worth noting that "Sinupret" is a herbal combination and has nothing to do with homeopathy. According to statistics, the drug is among the five most popular for the treatment of rhinitis and sinusitis. In addition to the therapeutic effect, the drug simultaneously has an immunomodulatory effect.

The medicine Sinupret is the brainchild of Bionorica CE, which has been producing phytopreparations for more than 50 years. Thanks to natural ingredients in the composition of these drugs have virtually no contraindications. Fitoring is the basic concept that the manufacturer adheres to when creating medicines. The direction is a balanced combination of the latest scientific developments and official methods of phytotherapy. 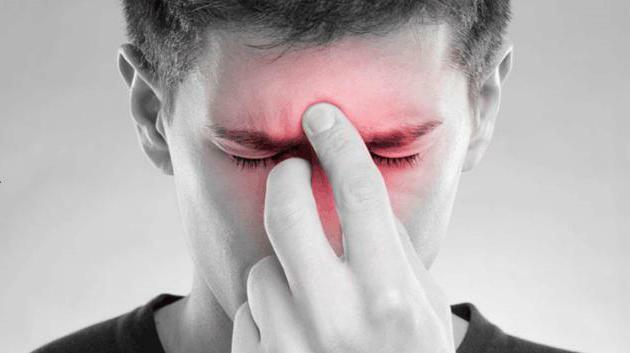 Despite the naturalness and safety of the drug, before taking Sinupret, it is necessary to visit a doctor who correctly prescribes the treatment regimen and chooses a dosage. The duration of therapy will depend on the severity of the patient's condition. Even with the relief of symptoms, you should undergo a full course of treatment with herbal medicine to prevent the transition of the disease to the chronic stage and strengthen the immune system.

The manufacturer has taken care of the convenience of using the medicine for patients of all age groups and produces it in several forms: syrup, long-coated dragee, Sinupret drops. The use of the drug will increase the resistance, resistance of the body to virus attacks during the epidemic of colds and help to quickly cope with the existing nasal congestion. Children are often prescribed "Sinupret" in the form of drops and syrup, adult patients are more suitable for dragees and pills.

The main purpose of the drug "Sinupret" is to treat various diseases of the nose that have an infectious etiology. The drug is effective in pathologies of the upper respiratory tract, accompanied by the release of a viscous secretion from the nasal passages. According to the official instruction, the remedy can be prescribed for the treatment of the following ailments: 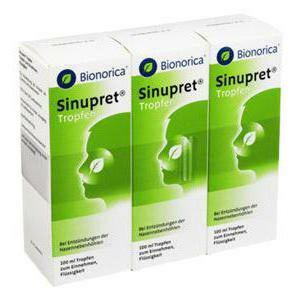 For the treatment of inflammatory processes in the paranasal sinuses, Sinupret( tablets) showed itself best. The reviews of many patients indicate that even in the advanced stage the drug brings relief during the first days of admission. Otolaryngologists are most often recommended to take "Sinupret" because of natural components that have a mild therapeutic effect and do not affect the negative on the body, such as antibiotics.

It should be borne in mind that for treatment of upper respiratory tract diseases the drug should be used only as part of complex therapy.

The following plant components are included in the Sinupret Fort product:

Based on the water-alcohol solution, the manufacturer produces Sinupret( drops).The use of the drug in this form is indicated for sinusitis, frontal sinuses, sinusitis. The instruction warns of age restrictions and does not recommend the administration of drops for the treatment of children under two years of age.

Sinupret is a pleasant taste in the form of syrup, which can be used to treat infants. The composition of the drug added cherry flavor and liquid maltitol( used as a substitute for sugar).

Catarrhal diseases with wrong treatment often give complications and cause inflammation of the paranasal sinuses - sinusitis. To treat this unpleasant disease, otolaryngologists prefer to prescribe sparing drugs, one of which is Sinupret. Syrup instructions for use allow use in pediatrics, and patients over six years can be prescribed tablets. 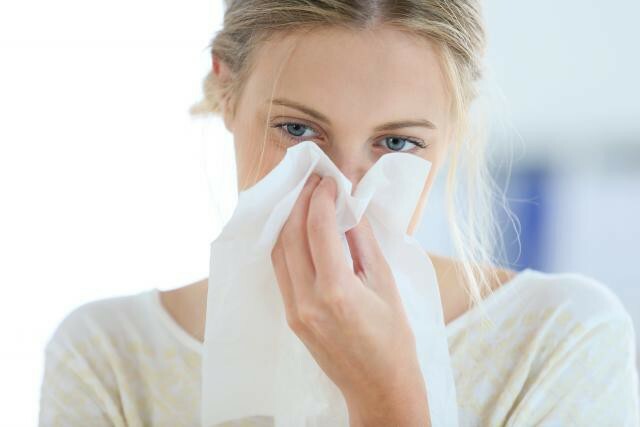 The drug in the form of drops is not intended for nasal administration. Alcohol tincture is prescribed orally, having previously calculated the required dose depending on the age of the patient. Active components of the drug have an anti-inflammatory effect, relieve symptoms, eliminate the feeling of nasal sinusis. Promotes liquefaction, removal of accumulated mucus, restores normal nasal breathing precisely "Sinupret"( tablets).

Patients' testimonials indicate that alcohol drops have a characteristic rich flavor and bitter aftertaste. Therefore, for treatment of sinusitis in young children, it is better to use a medicine in the form of a syrup, which has a similar therapeutic effect and is no less effective."Sinupret"( syrup) is well tolerated by children. If necessary, "tasty" medicine can also be taken by adult patients, having previously adjusted the daily dosage.

In the treatment of sinusitis patients notice a mild and pronounced therapeutic effect of the drug. The components of the drug are selected in such a way as to enhance each other's action and to eliminate the symptoms of the disease as quickly as possible.

Sinupret syrup: instructions for use

The opinions of doctors and patients indicate that a positive result of therapy is possible only if the recommendations regarding the intake of the herbal preparation are observed. Otherwise, there may be complications in the form of side effects. Also, you should first familiarize yourself with the instruction, which contains information on how to take Sinupret and what scheme to adhere to. 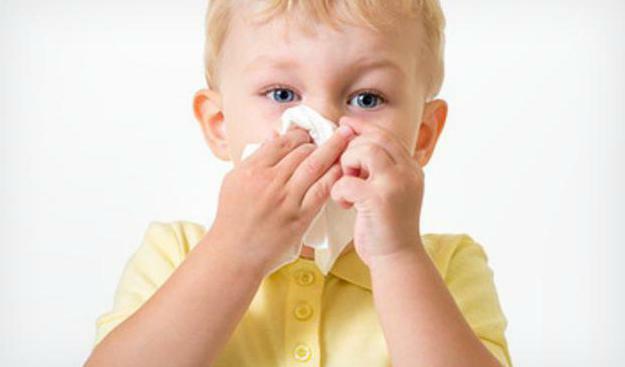 Syrup is often used to treat sinusitis and upper respiratory tract diseases in children. Parents can easily calculate the dosage, given the age and weight of the baby. If desired, the syrup is bred in a small amount of water, juice or warm tea.

According to the official instructions, the syrup is recommended for the treatment of children aged two years. Many doctors prescribe medication and breast babies in a lower dosage. It should be borne in mind that independent treatment, without a preliminary examination of the child by a doctor, is highly undesirable and can lead to serious consequences.

Babies of the first and second years of life should receive a one-time dose of a specialist. For children from two to five years, "Sinupret" syrup is given three times a day for 2 ml. The daily dose of the medicine should not exceed 6 ml. Children from 6 to 11 years of age are shown taking 3.5 ml of syrup at a time. For patients over 12 years, a single dose is increased to 7 ml( 21 ml per day).

How do I take drops?

Alcohol tincture "Sinupret"( drops for children and adults) is intended for oral use. A liquid of yellowish color with a bitter aftertaste can be preliminarily diluted in cooled boiled water. Many experts are of the opinion that it is better for children to give medicine in the form of a syrup. 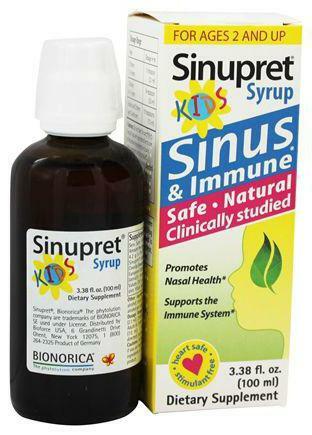 According to the instruction, since the age of two, the medicine can be given 15 drops three times a day. It should be remembered that the drops contain alcohol, so this is not the best choice for children! Increases the dose for patients over 16 years - 50 drops at a time. The doctor at his own discretion can adjust the dosage of the medication in both the large and the lower side. Independently increase the amount of medicinal product for the treatment of children is prohibited, since the drops have alcohol in the composition, which can provoke a number of undesirable consequences.

Application of drops for inhalation

A popular and effective method of treating bronchitis, tracheitis, sinusitis in children is inhalation with the help of a nebulizer. To prepare the solution, you can use "Sinupret"( drops for children).The instruction does not contain data on such use of the drug, but the otolaryngologists often prescribe inhalations with "Sinupret" and confirm the effectiveness of this treatment option.

The drug is diluted in a certain ratio, given the patient's age. Children from two to six years to prepare the solution should take 1 part of the drug and 3 parts of saline. The advantage of this method of treatment is the absence of a negative effect on the mucosa of the child's digestive tract. Microparticles of the drug will be delivered directly to the source of the disease, which will also greatly accelerate the recovery process.

The most convenient form for the application of medication for adults is pills."Sinupret"( dragee) is also allowed to prescribe for the treatment of inflammatory processes in the nasal sinuses in children older than six years. Take the drug should be 3 times a day for one tablet. Adult patients are shown the use of 2 tablets at a time.

The protective coating, which is specially coated with pellets during manufacture, is resistant to saliva and gastric juice. The tablet is not recommended to chew, it needs to be washed down with a lot of liquid.

There is a form of medication with a prolonged therapeutic effect - Sinupret Fort. Long-term exposure to the components of the drug can reduce the number of tablets that, in turn, significantly reduces irritation of the walls of the digestive tract. The course of treatment depends on the severity of the patient's condition. The duration of therapy in children and adults can be 7-14 days. It is important to monitor the effect of the drug on the condition and in the absence of a positive result of treatment within two weeks, the reception of "Sinupret" should be discontinued.

A woman, being in an interesting position, is most susceptible to attacks of viruses and other pathogens. Quite often, pregnant women complain of the appearance of discharge from the nasal cavity, and the doctor, in turn, can diagnose such unpleasant diseases as sinusitis, sinusitis.

Complex medication on a plant basis "Sinupret" is allowed to be taken by pregnant women. Thanks to its natural composition, it has no negative effect on the fetus. Preference should be given to the safest form of the drug "Sinupret"( syrup).The instructions for use also permit the pellet. 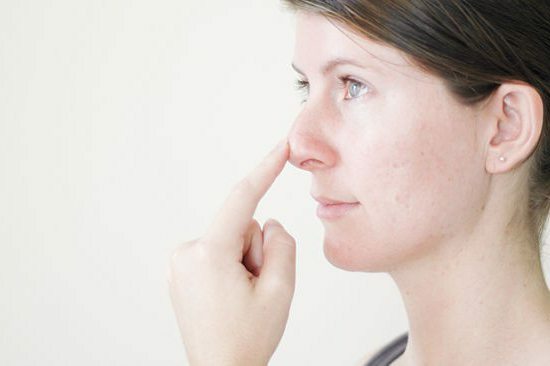 The drug significantly alleviates symptoms, improves the outflow of viscous secretions, removes swelling, inflammation and does not have vasoconstrictive action, which is especially important during pregnancy. With bronchitis, "Sinupret" is prescribed in complex therapy, because it has an expectorant effect.

The drug can be treated starting from the first trimester of pregnancy, but only on strict indications and after preliminary consultation with the attending physician. Sinupret medicine is one of the few herbal remedies that have undergone the necessary medical research proving their effectiveness and safety for all groups of patients.

Are there any contraindications?

Even plant products can not be used for treatment in all cases."Sinupret"( syrup) contains lactose, so it can not be used for children and adults with an individual intolerance to this component. Drops containing alcoholic infusion can not be administered to patients who have liver disease. It is forbidden to take this kind of medication for patients with chronic alcoholism or after appropriate medical treatment. Also, the effect of the active ingredients in lactation is not known.

reviews Numerous positive recommendations from doctors and patients confirm the effectiveness of the Sinupret. He copes with even the most difficult cases of sinusitis and helps to prevent such an unpleasant procedure as a puncture. 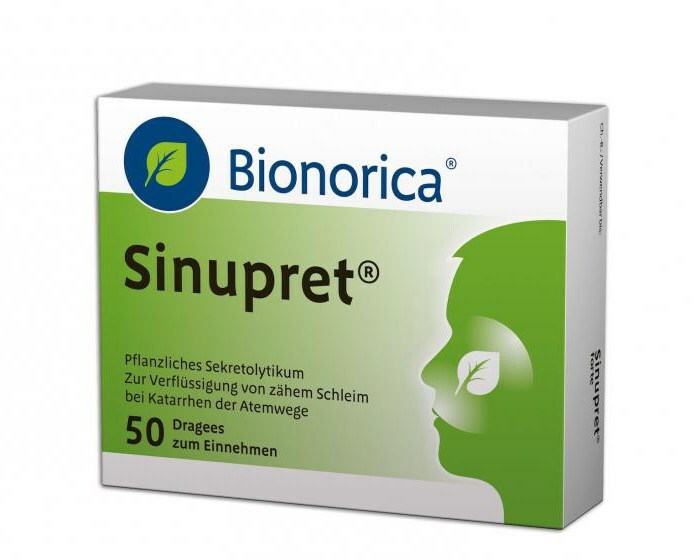 It should be noted that in the form of monotherapy Sinupret can not always be used. If the disease runs without complications, the doctor can prescribe for treatment only plant syrup, drops or tablets. Self-treatment with sinusitis, bronchitis, sinusitis is completely inappropriate, moreover, fraught with the transition of the ailment into a chronic form.

The drug is considered absolutely safe, but in rare cases can cause an allergic reaction to the components. You should also carefully consider the choice of the form of release of the drug.