The psychiatric hospital of Hagia Sophia( Saratov) has the second name "Altynka".The popular nickname is associated with the location of the hospital on the eponymous mountain. The first hospital buildings were built in the 19th century, the profile of the institution never changed. But the city grew up, and once the suburban clinic became part of the urban landscape.

The Saratov zemstvo decided to separate the Alexander hospital from the clinic for the mentally ill in 1883.As an organizer, administrator and chief doctor, Samuel Ivanovich Steinberg was invited. Having visited Europe and studied the experience of colleagues, Steinberg sought to create conditions for curing his wards, and not just their supervisory content. In Saratov, at that time, there was a psychiatric ward at the Aleksandrovskaya hospital. The conditions of the patients were horrifying, and the methods of treatment today seem mocking. The new doctor repeatedly appealed to officials, but the results had to be expected for a long time. Only with the appearance of patrons who gave money for the target construction of the clinic, there was a strong belief that the patients will have a chance to recover.

As a separate object, the Saratov Regional Psychiatric Hospital began to be built in 1887.The land for the establishment was bought near the village Esipovka from the nobleman Sokolov, money in the amount of 24,800 rubles for the construction was obtained under the will of Princess Scherbatova SS, whose daughter was ill with mental disorders. To the construction of Steinberg, SI began the spring of 1890.He went to the place of work, taking with him a group of patients. In the fall, the first wooden buildings were ready. The patients who worked on the construction site spent the winter in these buildings, the transfer of patients from the city hospital took place in the spring of 1891, which was the year of the history of the clinic. 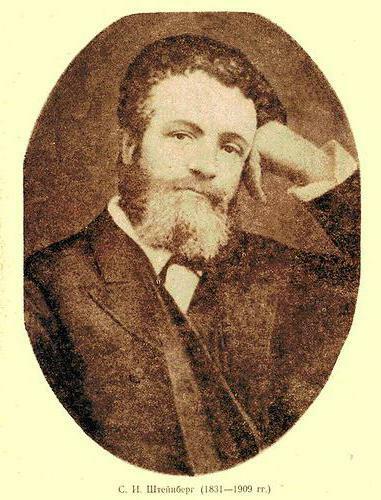 The number of patients was constantly increasing, there were not enough places. The psychiatric hospital of Hagia Sophia( Saratov) acquired stone buildings only in 1903.The architect and supervisor of the works was VK Karpenko. Staff significantly expanded. In addition to the director( Steinberg SI) and assistant director( Lyass S. Ya.), The institution had three residents, a caretaker, nurses, maids, cooks and other employees.

Changes to the hospital came along with the revolution of 1905, Steinberg SI did not find a common language with the new bureaucracy, fell under the repressions. Heavy experiences shattered his health, he died in 1909 and was buried in the hospital. 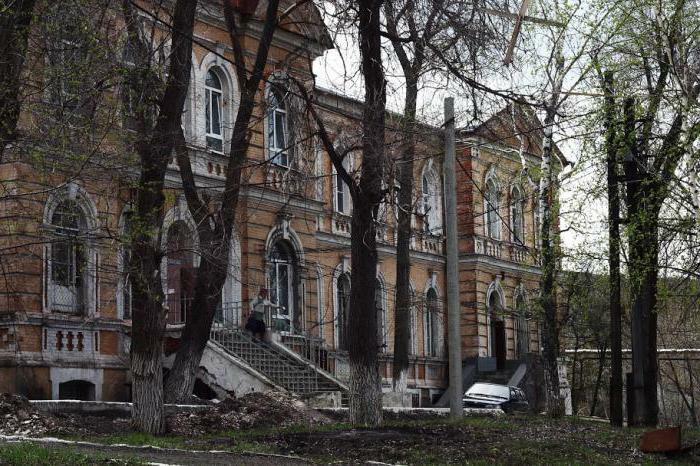 In the years of Soviet power

Before the Great Patriotic War, the directors of the clinic appointed people who were not related to medicine, but who were "class" correct. The duties of the chief physician were carried out by people with specialized education, and therefore the changes had little effect on patients. In the clinic, we tried to keep up with the times, using advanced technologies and methods of treatment for our special patients. For example, in the 20's they mastered malarotherapy, which beneficially affects patients with progressive paralysis. In the second half of the thirties, insulin-comatose and electroconvulsive therapy was introduced into practice.

In the war years, most of the medical and medical personnel were called to the front, some of the buildings were damaged. The number of patients only increased, it was necessary to treat even prisoners.

After the war years, the psychiatric hospital of Hagia Sophia( Saratov) was constantly expanding due to the administration's efforts, the number of places increased, and subsidiary farming was established. From 1954 to 1975, the administration's efforts opened psychiatric hospitals, branches, departments of psychiatry. New methods of treatment of various mental diseases and deviations were introduced, active scientific work was conducted, conferences were held. 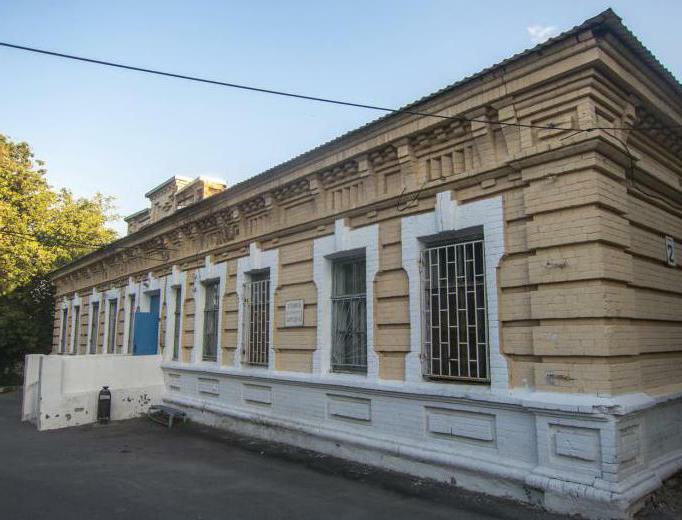 In September 1991, there was a big celebration that united many doctors working in a city like Saratov. The regional psychiatric hospital of Hagia Sophia celebrated its 100th anniversary. A scientific-practical conference was timed to the event and a collection of scientific articles was published.

In the early 2000s, the reform was carried out, as a result of which the hospital included a narcological department, which had previously been housed in different hospitals on a lease basis. As a result, the Narcology Center was established, for which a new premises was purchased. Since 2014, the Saratov psychiatric institution has become known as the "Regional Clinical Psychiatric Hospital of St. Sophia"( Saratov). Profile of the institution and medical services

At present, the hospital includes nine buildings that have the status of a monument of regional architecture. The territory of the park zone occupies 40 hectares. The structure of the institution consists of 19 departments. Annually about 8000 patients receive qualified assistance. The hospital provides medical assistance in such key areas:

The hospital has medical-production workshops, where patients master new activities, undergo occupational therapy. Also there is a day hospital, Narcology Center. Everyone in need can ask for help and get it, for this purpose the psychiatric hospital of Hagia Sophia( Saratov) works. Contacts GUP "OKPB":

In 2004, the construction of an Orthodox church consecrated in honor of the Holy Martyr Sophia was completed. The church operates a Sunday school, which can be visited by children and adults. 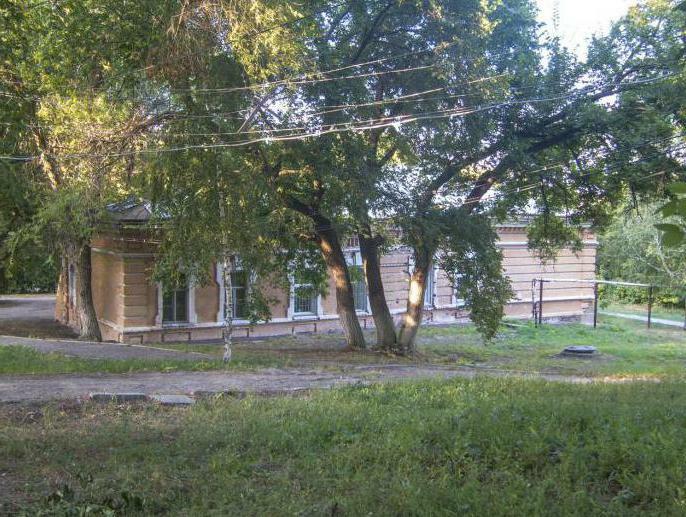 For more than 120 years, the psychiatric hospital of Hagia Sophia( Saratov) has been operating. Comments with thanks were left by patients and relatives of those who received treatment. Each of them tells about the quality of care, sincere participation of doctors and staff. Many doctors and nurses are told personal thanks, mentioning professionalism, spiritual qualities and attentiveness to the needs and problems of uneasy patients.

Negative feedback is written about the poor condition of the buildings, it is indicated that the premises have long required repair. Many hospital visitors mention a poor sanitary condition and a bad smell. Complaints cause food, which is offered to patients in a stationary unit. 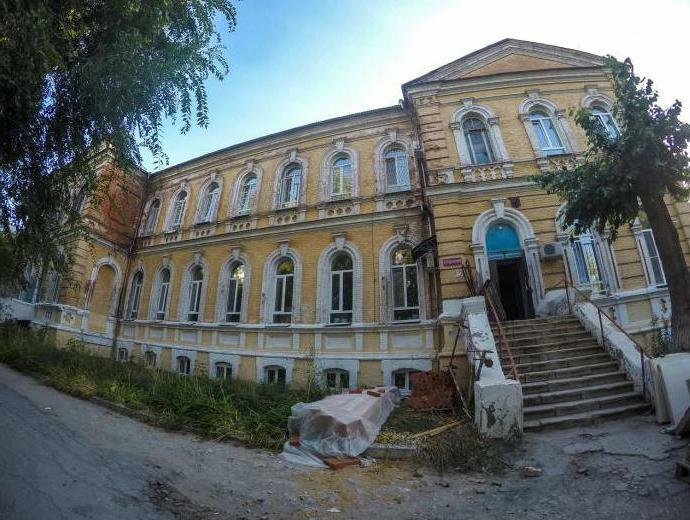