Hypothyroidism and hyperthyroidism: features of the course, causes and treatment

Hypothyroidism and hyperthyroidism are the most common pathologies of the thyroid gland. According to statistics, more often these conditions suffer women after 30 years. In the early stages of the disease successfully treatable, while late diagnosis can lead to serious complications. It is important to be able to distinguish between hypothyroidism and hyperthyroidism. The features of the course are characterized by a vivid clinical picture, knowing that it is possible to identify the disease in time and to maintain its health.

The thyroid gland is located at the level of the thyroid cartilage on the front surface of the neck. The trachea, larynx, carotid arteries and nerves closely adjoin it. The thyroid gland consists of the left and right lobes, which can extend up to the 6th cartilage of the trachea. There is also an isthmus connecting the lobes. It is located at the level of the third cartilage of the trachea. Blood supply is carried out on the upper and lower thyroid arteries. Penetrating into the stroma of the organ, they divide into numerous branches, feeding each cell. On its back surface are located another gland, parathyroid. That is why when removing operations, extremely attentive to their disconnection. After the removal of such stations of the parathyroid hormone can lead to the death of a person.

What is the difference between hypothyroidism and hyperthyroidism? Comparison of the location of the thyroid gland under these conditions is useless - both in the first and in the second case it will be increased. 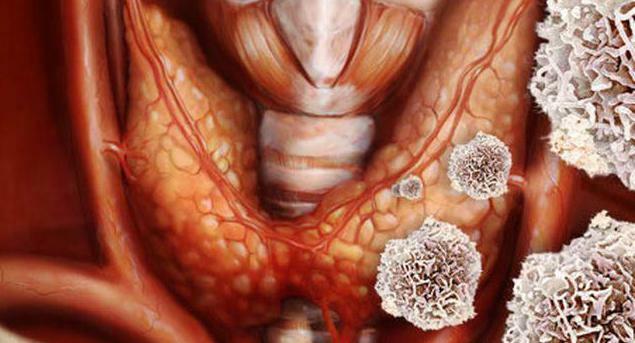 The thyroid gland is the main workhorse and structural unit of the thyroid gland. It is this cell that detects negatively charged iodine ions from the blood and forms a protein called thyroglobulin with the help of a special enzyme. And already he, in turn, is involved in the synthesis of two major hormones: triiodothyronine and thyroxine, which are subsequently released into the blood.

The targets for their action are absolutely all cells of our body. Triiodothyronine and thyroxine are involved in the regulation of the body's metabolism, promote muscle development and protein building, are responsible for the exchange of vitamins A and B12.

In addition to thyroid cells in the thyroid gland, there are two more types of cells. Some produce calcitonin, while the latter serve as a kind of reserve for replacing the lost toilers who produce the two main hormones. Hypothyroidism and hyperthyroidism, their symptoms depend not only on the amount of thyroxine and triiodothyronine in the blood, but also on the presence of specific receptors on tissues to them.

In the human body, there is a king of all endocrine glands - the pituitary gland. It is he who, with the help of his hormones, manages the work of the adrenal glands, the ovaries, the thyroid gland.

Hypothyroidism, thyroid hyperthyroidism are conditions in which emerging hormonal failures reverse the principle of feedback against the human body.

Hypothyroidism and hyperthyroidism. Differences of these syndromes will help to quickly diagnose pathology. First, consider the excessive functions of thyroxin and triiodothyronine. Hyperthyroidism is a condition of the body associated with an overabundance of thyroid hormones. This disease can be primary in the pathology of the thyroid gland, secondary - in violation of the pituitary - and tertiary - in case of failure of the hypothalamus.

There are three forms of hyperthyroidism: asymptomatic, manifest, complicated. The first form is characterized by blurred manifestations of the disease, and the diagnosis can be made only by laboratory and instrumental research. The manifest form is distinguished by a bright clinical symptomatology. Hyperthyroidism is considered to be complicated when pathologic disorders are attached to other organs and systems. For example: the occurrence of arrhythmia, the appearance of edema.

The first symptom to pay attention to is a sharp decrease in body weight. Patients also have a rare blinking, increased heart rate, swollen eyes, sweating, a constant thirst and episodes of overeating. Insomnia and irritability become permanent companions. In women, there is a violation of the menstrual cycle.

Hypothyroidism: the first symptoms of

Hypothyroidism is a condition of the body associated with a deficiency of thyroid hormones. This disease can also be primary, secondary and tertiary. On clinical symptoms, it is also divided into subclinical, manifest and complicated forms. Patients noted a decrease in mood, fatigue, drowsiness, weight gain. Dry skin, brittle hair, constipation, slow heartbeat, lowering blood pressure - all this should lead to the idea of ​​hypothyroidism and become an excuse for prompt treatment to a doctor. What is the difference between hypothyroidism and hyperthyroidism?

Clinical manifestations of hypothyroidism and hyperthyroidism, their symptoms are polar different. To distinguish them will not be difficult in diagnosis except for subclinical forms, which can be identified only through laboratory texts. For diagnosis use the determination of the level of free thyroxine, triiodothyronine and thyroid-stimulating hormone.

Thyrotoxicosis therapy is a complex and multicomponent process requiring scrupulous approach and careful monitoring. Let us examine its basic principles. When hyperthyroidism in patients increased energy metabolism, and therefore, they are in increased amounts of protein, fat and carbohydrates, which leads to weight loss. That's why you need to adjust the food. The first task will be to increase the total caloric content of the daily diet. It should be maintained at 3,500 kcal. More sour-milk products, fresh fruits, vegetables and low-fat meat. From the diet should be excluded from coffee, spices, strong tea, mushrooms and foods with high fat content. Medicamentous treatment of hyperthyroidism depends on the patient's age and the presence of concomitant diseases or complications. Antithyroid drugs act on the cells of the thyroid gland and block the synthesis of thyroxine and triiodothyronine.

The effectiveness of this therapy is quite high and is 50%.Take medication about 8 weeks before the complete disappearance of signs of hyperthyroidism. This therapy is suitable for patients younger than 50 years who do not have comorbidities. Treatment with radioactive iodine is used in patients older than 50 years with neglected course of the disease and nodal degeneration of the thyroid gland.

This therapy leads to the destruction of thyroid cells, and the symptoms disappear. Categorically contraindicated treatment of radioactive iodine in pregnant, nursing and patients younger than 20 years. If drug therapy does not have an effect, then surgical treatment is used, consisting in a radical removal of the thyroid gland. This method is also used in cases of unspecified process or suspected cancer. 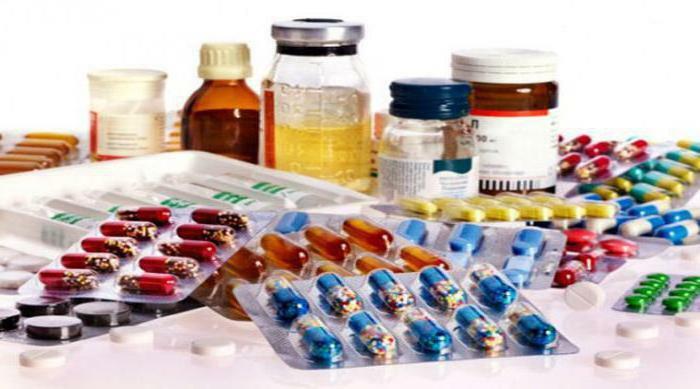 Given the numerous reasons for the development of this condition, it is difficult to prevent this disease. But if you follow the general principles, you can reduce the likelihood of hyperthyroidism or identify it at the earliest stages. It is recommended to undergo ultrasound examination of the thyroid gland once every six months and donate blood to hormones. It will also be useful to control your emotional background, add more fruits and vegetables to your diet.

To eliminate hypothyroidism, drug therapy and diet are called for. To eat follows easy and low-calorie food. After hypothyroidism, metabolic reactions are violated and oxidative processes in tissues suffer. In the diet must necessarily be present seafood. After all, they are rich in iodine. Raw vegetables and fresh greens are also welcome. A rich fiber content will help to improve the functioning of the intestines. It is also recommended to drink natural coffee. It contains magnesium and B vitamins.

When medicamentous therapy of hypothyroidism patients waiting for lifelong use of substitution therapy. In the treatment of drugs used L-thyroxine and triiodothyronine. These are analogues of natural human thyroid hormones. It must be remembered that these drugs do not cure hypothyroidism, they just make up the iodine deficiency in the body. With the withdrawal of drugs, the symptoms of hypothyroidism will necessarily return. Treatment begins with minimal doses. In people older than 50 years, the dosage is halved from the starting dose in the usual treatment. 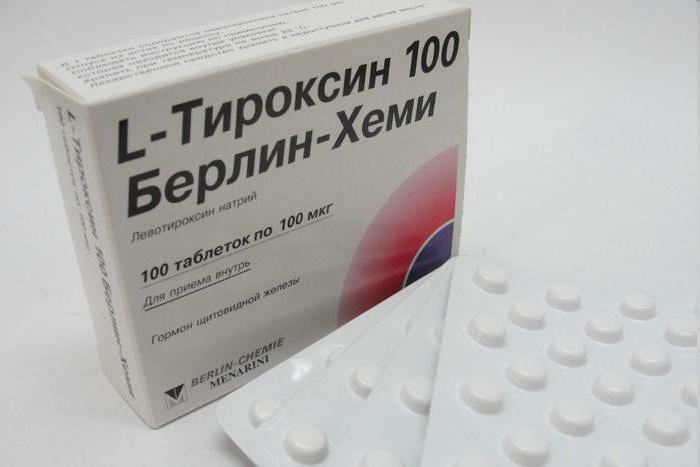 Regions with a low iodine content in water are recorded in Russia. It is in these territories that the so-called endemic goiter is spread. Observing simple principles of nutrition, you can protect yourself from endemic hypothyroidism. It is important to include in your diet foods rich in iodine. These include: fish oil, seaweed, kefir, cranberries, cod, white bread, bananas. 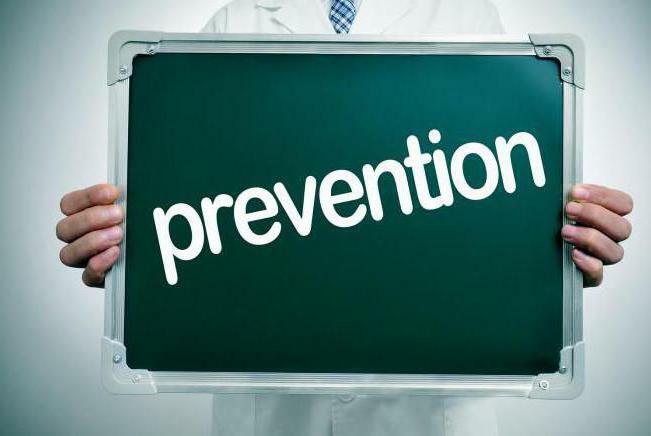 Transition of one condition to another 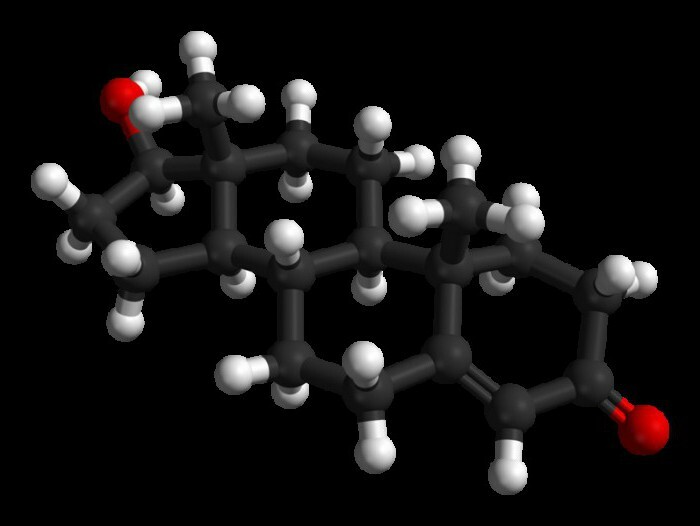 This situation can occur when the dosage of medicinal substances is disturbed in the treatment of hyperthyroidism. This is a very rare complication that occurs when there is no control of treatment. Above this case you need to know exactly the symptomatology. Sharp mass gain, loss of appetite, depression and lowering of blood pressure should alert both the patient and his attending physician. In the case when hyperthyroidism has passed into hypothyroidism, it is necessary to urgently adjust the medication.