What is aerophobia? How to get rid of fear of flying?

With the development of passenger transportation by air, a new kind of phobia appeared - aerophobia. Many people suffer from this ailment, which prevents them from traveling or moving around the world for work( business trips), which means that they can live fully. Many people think that it is impossible to cope with a phobia, that it is a burden for life, refuse to travel or use a different mode of transport, while infringing on its capabilities. However, you can get rid of fear by putting enough effort into solving this problem and comprehensively understanding it.

Where did the fear come from?

The development of the media and the availability of information, coverage of all incidents on the Internet and on television generates fear in the minds of people. Seeing the numerous air crashes, a person involuntarily associates an airplane with a danger to life. Earlier, in Soviet times, there was a ban on the dissemination of such information to the masses, people simply did not know about the accidents and numerous victims. Therefore, the development of aerophobia has acquired a wide scale only in recent decades. 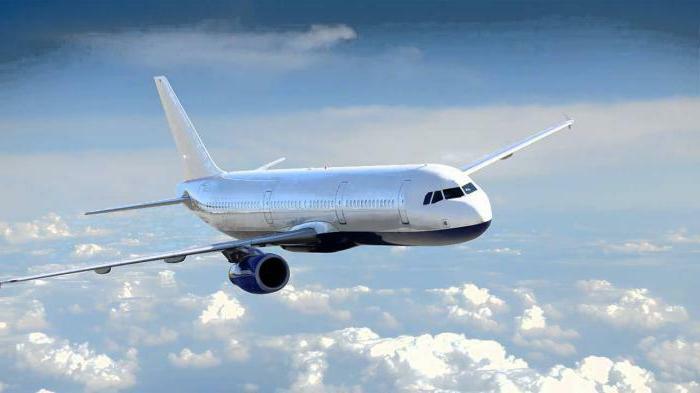 But not only awareness of the misfortunes that have occurred can act as a cause of aerophobia. How to get rid of it? Find out what kind of fear was the root cause: it could be a fear of enclosed space( claustrophobia) or height( acrophobia).In general, the appearance of such fears is a sign of emotional instability, a propensity for panic conditions, the result of stress, overwork, depression. In each case, the manifestation of phobia has its own reasons. A person may be afraid of a technical malfunction of the aircraft, natural phenomena or the human factor( the pilot will not cope with management), which will entail an imminent catastrophe. Aerophobia can include fear of the manifestations of one's own organism and the inability to cope with them, the fear of panic and loss of control, the fear of lack of timely medical assistance.

If a person discovers that he has aerophobia, how to get rid of this phenomenon? In fact, many people are afraid to fly on airplanes - this is a natural fear associated with fears for their lives. The norm is considered when this fear is controlled and invisible to others. If during the flight a person's condition is akin to panic, they talk about phobia. Psychotherapists work hard on this problem, and many techniques have been developed for both self-management of the disease, and with the help of a specialist, as well as medical treatment. But first you need to make sure whether this is really aerophobia. How to get rid of its manifestations, the expert will solve, having found out the true reason of its occurrence. But to identify the alarming symptoms you can independently and immediately draw attention to them: 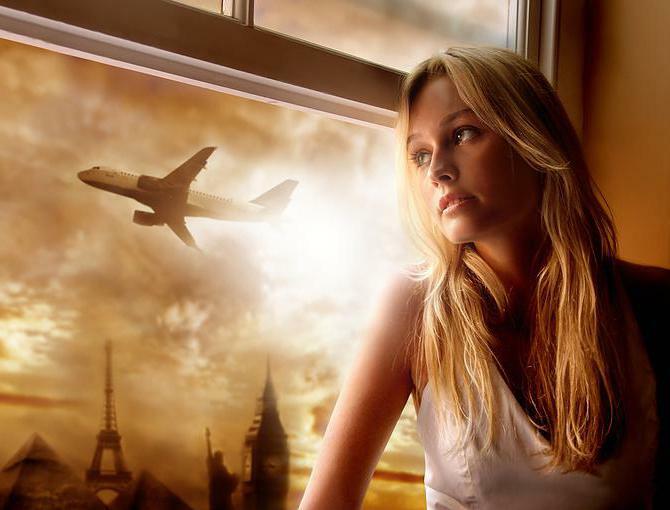 These are the main symptoms of aerophobia. How to get rid of the pathological fear of flying? First you need to find out its cause.

Fear can arise for purely individual reasons, not known to anyone, even its owner. But it is possible to generalize the most common cases of a disease, known as aerophobia. How to get rid of fear? Find out its cause: 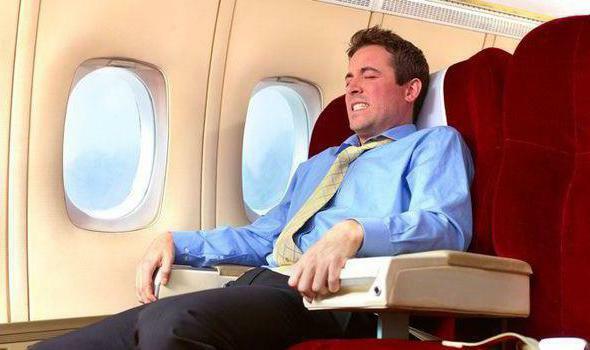 Aerophobia can hide the so-called mini-phobias, when a person is afraid of something specific that can happen to him on the plane. These persuasive ideas persecute a person during the flight and before him, drawing in the imagination terrible pictures.

So, we decided: we need to find out what is the basis of aerophobia."How to get rid of the fear of flying on airplanes?"- a question that will be easier to solve, having dealt with your fears. The list is quite large: 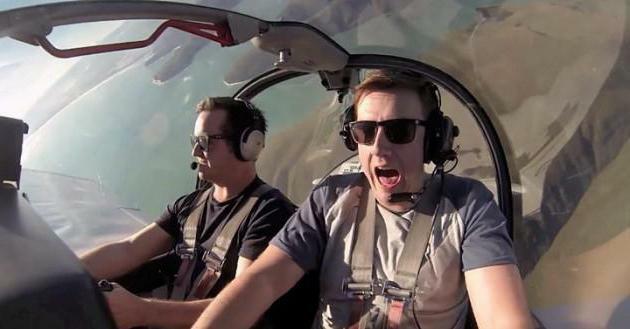 The development of aerophobia can be the result of physiological characteristics of the body, a violation of regulation of emotions or even pregnancy.

How to overcome fear? The

"What should I do if I have aerophobia?" Or "How to get rid of the fear of flying on an airplane?" Are questions that are often asked by people who suffer from this ailment. There are several tips, following which you can make it easier for yourself to stay in hateful transport and make the flight more comfortable: 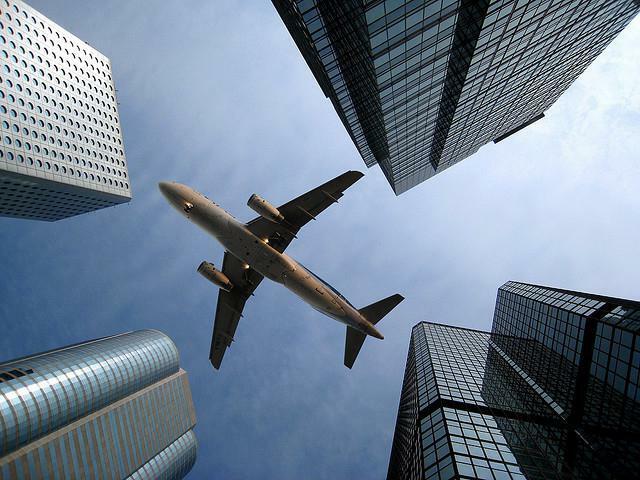 When aerophobia disappears, or How to get rid of the fear of flying on an

plane Answers to urgent questions can be given by special courses designed to help those suffering a phobia. Training can become a real solution to the problem, because a person starts to understand aviation issues, and the fear of the unknown becomes irrelevant. Realizing how the aircraft is arranged, what drives it and how it works, a person forgets what an aerophobia is. How to get rid of the fear of flight, can tell people who have learned to fly or dared to jump with a parachute, sorting themselves. Some airlines and travel companies offer such courses. Many are engaged in self-education, which is also very useful in fighting fears. Getting knowledge, for example, about turbulence, it is much easier not to panic in an airplane in case it occurs. However, everything depends on the person himself and the degree of his phobia. Some people, even having acquired the necessary knowledge and skills, can not overcome panic. In this case it is necessary to tackle the problem in a complex way, adding psychological and medicinal therapy to the training.

Frequently asked questions to psychologists: "What to do to get aerophobia?" Or "How to get rid of fear of flying?" Specialists offer several effective ways to combat the disease.

If there is aerophobia, how to get rid? Therapy by one of the methods will help cope with the fear. The main thing is to choose a qualified specialist.

The first question, when there is aerophobia - how to get rid? There is no medicine for fear. You can only alleviate your anxiety and prevent panic. To do this, in advance, about ten days before the flight, you should drink a course of sedatives, such as valerian infusions, motherwort, glycine. Just before the flight, more potent drugs are used that cause blurring of consciousness. Such therapy should be used only as a last resort, with severe panic conditions. Often, use of these drugs is prohibited to prevent addiction. Some doctors recommend drinking 50 grams of cognac for general relaxation. You can not consume large amounts of alcohol. If all the same torments aerophobia, how to get rid? Drugs of treatment from phobia do not give, they can only alleviate the emotional state during a particular flight. For more effective results, complex therapy should be used, using all possible methods of combating the disease - training, talking with a psychologist, medicines. Then there is a chance to root out the problem, and not hide it behind a temporary intoxication of consciousness.

What should I do if there is aerophobia? How to get rid? Medications do not solve problems, but only help to reduce emotional tension for a while. A good help in the fight against fear can be books for self-training. For example, "An easy way to enjoy air travel" by Allen Kahr, a well-known author of many works on the treatment of addictions and phobias. The book explains that fears are based only on myths and prejudices, which the writer tries to discredit. The reader is given reasoned facts that the phobia does not have any real reasons, it is just a game of imagination. The author aims to fully inform a person about a matter that worries him and prevents him from living normally. Carr examines every single case, whether fear of heights, turbulence or a terrorist act, and explains why one should not be afraid of it. The only negative - the author constantly refers to British pilots and airlines, which may be uncomfortable for the Russian reader. But, as the reviews show, the work of this talented person helped people from all over the world cope with their problems. 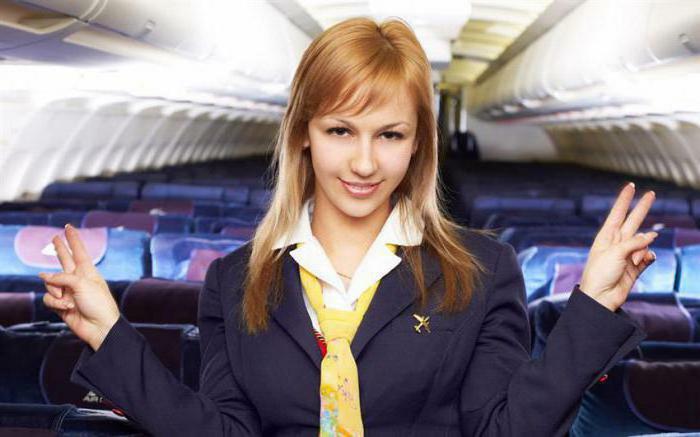 Another book - "Aerofobia" of the domestic author Ershov V. V. - is also popular. It tells about humanity, which always aspired to the sky and wanted to fly, like birds. But when there was such an opportunity with the development of aviation, people became possessed by fear. The author considers the domestic problems and the identification of fear of Russian passengers. For aerofobs this is useful reading, not wasted time. Among all sorts of tools and tools for practical solutions to questions about how aerophobia is treated, how to get rid of books is the right way to switch your mind to a positive wave.

So, you got tormented by aerophobia. How to get rid? The treatment is convenient and efficient to take place on special courses. They are created for aerofobs, suffering from ail of varying degrees and etiology. Alexei Gervash's courses "Fly without fear" are very popular. They are held in the center of the same name, created to treat aerophobia. Founder - Alexei Gervash, a pilot and a psychologist at the same time, was educated abroad. The courses consist of three visits to the center, which include theoretical knowledge, practical skills, analysis of examples of dangerous situations in the air and options for their solutions. 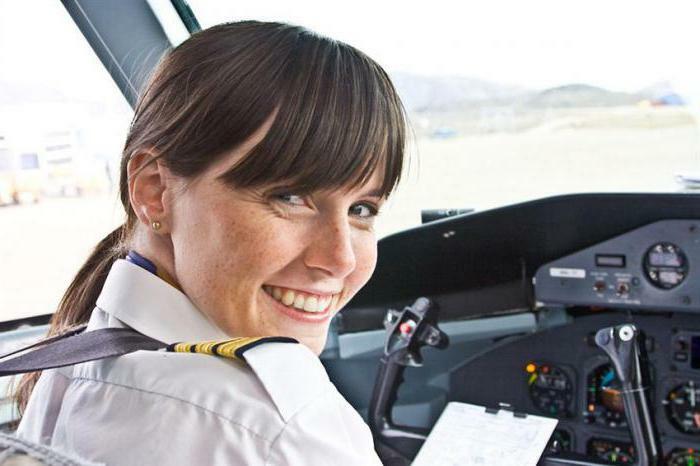 Classes complete the fixing flight, after which the project leaders promise almost a hundred percent relief from phobia. The only negative is the high price of courses. But a person for whom constant flights are a must, it is worth spending once and living peacefully. The courses are designed for people who want to get rid of the phobia and strive for it, make efforts. Without the strength of will and desire, no training, of course, will help. If you do not have the opportunity to attend classes in the center, you can go through a special interactive course developed by Gervash. It is released on the disk, you can order the product in the online store. If you really want to live fully, fight with your fears - persistent efforts will definitely give a positive result.