Pain, rezi, heaviness and bloating - these symptoms are familiar to everyone. And often with this condition, few people are attracted to the queue under the doctor's office or the prospect of being on a hospital bed. Self-medication is now being handled by everyone - it's a fact that does not require proof. And if the preference is not given to a specialist, but to a pharmacy, then you need to understand which tool will help to cope with the problem. As an ambulance, the medicine "Dicetel"( an international non-proprietary name - "Pinaveria bromide") is suitable for the elimination of sharp pains in the abdomen. Instructions for using this tool will help to understand when the medicine will be useful and in which cases it is better to refrain from taking it. 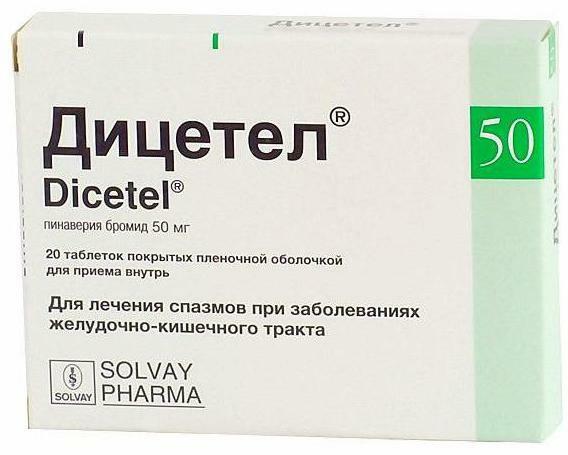 The drug is referred to as myotropic antispasmodics, to a group of drugs for the treatment of functional disorders of the gastrointestinal tract. The drug pinaverium bromide acts on the smooth muscles of the peritoneum. The effect is due to the fact that the chemical composition of the drug blocks the calcium channels in the intestines and bile ducts, accelerates the evacuation function and the secretion of hydrochloric acid in the stomach. The drug pinaverium bromide binds to plasma proteins by 97%.The maximum concentration is observed one hour after administration. It is excreted from the body through the intestine and with urine.

The drug can alleviate the condition with spasms associated with disorders of motor functions of the digestive organs, dyskinesia of the biliary tract, irritable bowel syndrome and renal colic. Spasmolytic can be prescribed to patients before carrying out an X-ray examination. 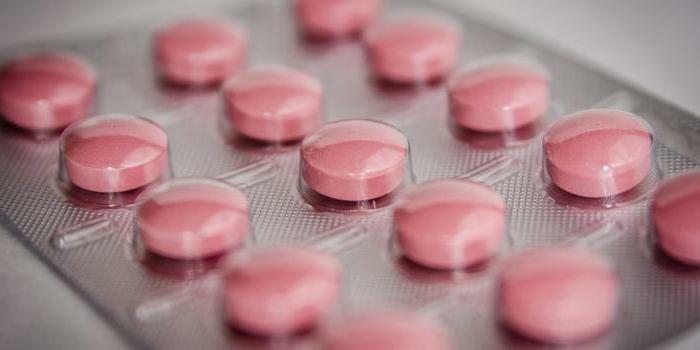 The drug pinaveria bromide is swallowed whole, washed down with a glass of water. It is very important not to chew, do not dissolve, do not divide the pill into parts and drink with enough liquid to avoid damage to the mucosa of the esophagus. Do not drink medicine with tea, coffee or other hot drinks.

It is very important to observe the recommended dosages of the drug pinaverium bromide. Instructions for taking this medication are as follows:

A huge number of people prefer to go to the pharmacy immediately, rather than visit a doctor. However, such a frivolous attitude towards one's own organism can be dangerous. It should be remembered that drugs in addition to medicinal properties have a negative impact. Pinaverium bromide can provoke nausea, vomiting, constipation, bloating, diarrhea. If the body is sensitive to the components of the drug, its administration can provoke allergic reactions in the form of rash, itching and redness of the skin.

People who have been diagnosed with a hernia of the esophageal opening of the diaphragm should stop taking this medication unauthorized. In order not to harm your own health, you must strictly follow the doctor's recommendations regarding the use of

. This medication is not used to treat children, pregnant and lactating women. The bromine included in the composition can cause neurological disorders in children: a decrease in blood pressure and drowsiness. 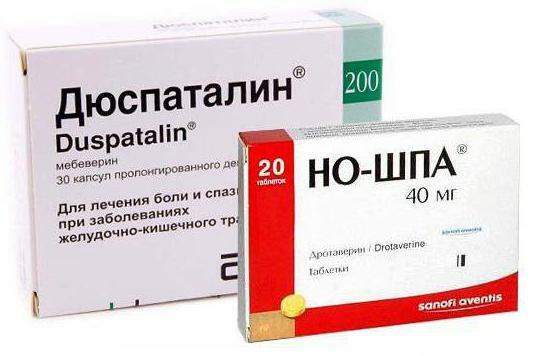 Does the drug have pinaverium bromide analogs? This is an urgent issue for those who suffer from disorders of the gastrointestinal tract, but due to circumstances can not take this medication.

The pharmacological market offers a lot of antispasmodic agents. Spasms of smooth muscles can remove such drugs as Drotaverin, No-shpa, Duspatalin, Mebeverin.

However, before hurrying to the pharmacy for the coveted pill that will relieve pain in the abdomen, it should be remembered that any drug has contraindications and inhibitions.

So, for example, many antispasmodics reduce concentration of attention. This means that after taking the medicine, you can not operate the transport or work on machines where exact coordination of movement is needed.

If intestinal spasms are painful during pregnancy, drugs may be prescribed exclusively by a doctor. But even in this case, it is necessary to adequately assess the possible risks to the fetus and benefit for the mother. Virtually all medications that affect the smooth muscles of the body are not recommended for pregnant women.

When choosing an analogue, you should carefully study the composition of the drug. If an allergic reaction has occurred, you should try a spasmolytic of a similar action, but with another active ingredient. 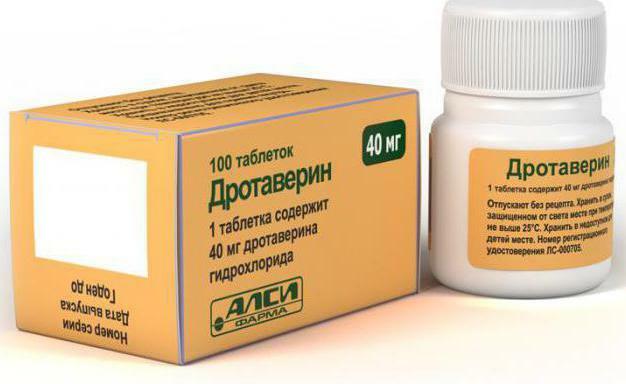 When deciding to treat yourself without the involvement of a specialist, you need to correctly assess the risks. Not always a pain in the abdomen can be an innocuous spasm of the intestine. Probably, spasmolytic does not harm at more serious disease, however the time spent on a selftreatment, can play a malicious joke.