Ointments for paints for tattoos: the list of the best

For tattoos use a variety of ointments, ranging from regular petroleum jelly and ending with special anesthetic creams. Which of them are the best and which ointment for analgesics is best used for tattoo - read in this article.

An anesthetic cream for tattoo is used to eliminate painful sensations during the application of a tattoo or with permanent make-up. Apply such creams 40 minutes before the procedure on the skin cleaned and treated with alcohol-containing solutions. Since such an ointment is based on ordinary water, the skin is closed with food polyethylene film after its application for better absorption of the composition. If the anesthetic ointment for the tattoo is not covered with polyethylene, it will not have the necessary analgesic effect due to the rapid evaporation of the water entering into it.

Composition of analgesic ointment for tattoos

Anesthetic cream consists of local anesthetic, included in the group of esters, - "Tetrakaina".It acts on the nerve endings, blocking their sensitivity. Anesthetic ointments also include adrenaline, or epinephrine, an artificial hormone, a natural analog of which is produced by the human body. This substance in pharmacology is widely used as a vasoconstrictor. For this reason, the skin areas on which the anesthetic ointment was applied for the tattoo are somewhat different in color and become paler. This reaction to the tool when tattooing will play into the hands of the master. 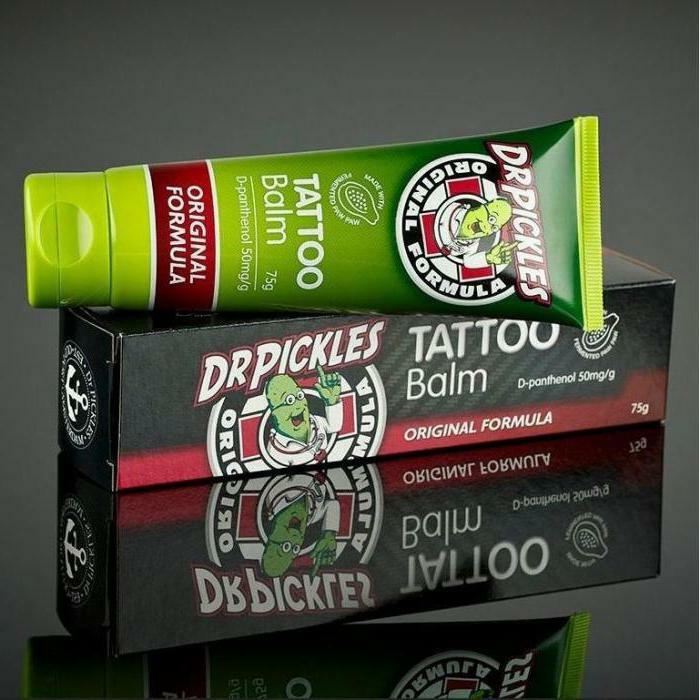 The use of anesthetic ointments during tattooing can be accompanied by certain inconveniences. The main contraindications to the use of such drugs are various diseases - Parkinson's disease, diabetes, ischemic heart disease, pregnancy, lactation. You sell an anesthetic ointment for a tattoo in a pharmacy: there you can find out the possible side effects and contraindications.

Healing Ointments are usually used a day or two after the tattoo is applied to the skin. Masters are advised not to apply such medications immediately after performing the tattoo: the injured skin does not tolerate such an effect, which can result in the release of a small amount of pigment, which, mixed with the ointment, is printed on clothing or bed linens in contact with the tattoo.

Vitamins A and D, which have a restorative effect on the epidermis, must necessarily enter into the composition of the healing ointment. They contribute to the rapid healing of the tattoo and make it more saturated and bright. It is advisable not to use anesthetic ointments in front of tattoos that contain aloe or alcohol: they harm the skin. 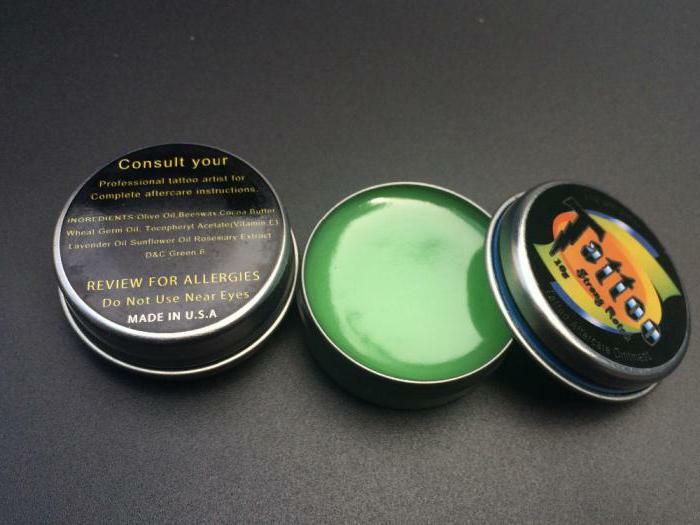 The alcohol applied to the damaged area of ​​the skin causes a chemical burn, which lowers the quality of the tattoo and increases the healing time several times.

Aloe extract is often used in cosmetology: it penetrates into the pores of the skin, normalizing metabolism and clearing the epidermis from dust and dirt. Accordingly, when exposed to an extract of aloe on the tattoo, it will simply remove the pigments from under the skin.

The healing ointment is applied to the tattoo for certain purposes: during the healing period, the area of ​​the skin on which the tattoo is applied loses its elasticity and can easily crack, especially if it is in places prone to movement: the neck, the elbow and knee joints, abdomen, ankles.

If the skin on the tattoo will dry up and crack, then the cracks will show through the blood, and after their healing there will be scars that will spoil the drawing of the tattoo due to the lack of pigment in them.

Special ointment for tattoos against sunburn

Similar creams are used to heal the applied tattoo, but also protect it from direct sunlight and maintain the brightness of the pigment. Ultraviolet rays have a negative effect on the pigment particles. Such sunscreen creams are classified by the degree of protective properties. 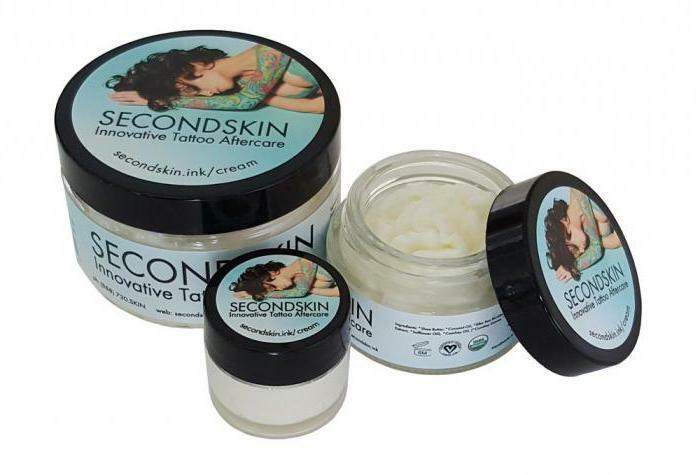 Most masters of tattoo use two means: "Prepain" - during the process and "Sustoyan" - after the end of the procedure.

Both drugs were created specifically for cosmetic procedures in the face area.

"Prepain" is applied to the cleansed skin before the procedure. The main action of this tool is anesthesia: the tattoo under its influence passes painlessly due to the lidocaine( 2% lidocaine and 0.5% tetracaine in the composition) included in the cream.

"Sustain" is a gel that reduces bleeding and sensitivity during the procedure. Despite the fact that this drug is considered one of the strongest anesthetics, it can be used for any procedures, and even for injuries and damage to the skin. Tattoos "Sustain" are usually anesthetized after the contour of the pattern is applied to the skin: the gel reduces the likelihood of edema and bruising, since it contains epinephrine.

This is a professional anesthetic of the application type used during tattooing, tattooing, laser tattoo removal, hair removal and many other cosmetic procedures. By virtue of the effect and duration of action for today, an anesthetic ointment for TKTX tattoo is considered one of the best. The composition of the cream includes prilokain and lidocaine, as well as epinephrine - the main active substances. For infiltration anesthesia, a mixture of prilocaine and lidocaine is considered one of the most effective combinations. 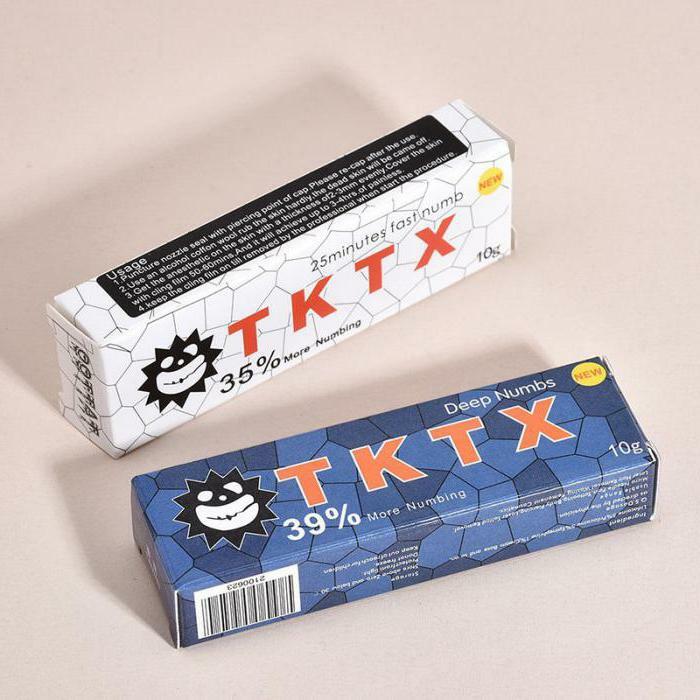 Epinephrine is a potent coagulant that reduces the swelling and bleeding of tissues during the procedure. An anesthetic cream for tattooing ensures a session without pain and discomfort. Ointment acts not only on the damaged areas, but also over the entire applied area. In addition, the TKTX cream does not affect skin regeneration. Apply it only to the intact skin, respectively, the active substances do not fall into the wound and will not cause a chemical burn.

Duration of action of the cream TKTX

An analgesic ointment, on average, has an effect for 2-4 hours from the time of application, the maximum exposure time is 6 hours, the minimum is 1.5 hours. If the master strictly follows the instructions, the anesthesia will last for 3-4 hours.

Effects of the cream on skin regeneration

The use of medicinal anesthetics does not adversely affect the healing of the tattoo after the procedure. Proper care will avoid the appearance of crusts and will retain bright and rich colors.

The effectiveness and universal effect of the cream is explained by its composition. The main active substances of the ointment are prilocaine and lidocaine in a concentration of 5% and epinephrine 0.01%.Infiltration anesthesia is most effective when using a mixture of prilocaine and lidocaine. Both anesthetics practically do not differ in composition from each other and guarantee a long anesthetic effect even if a person has insensitivity to one of the components. 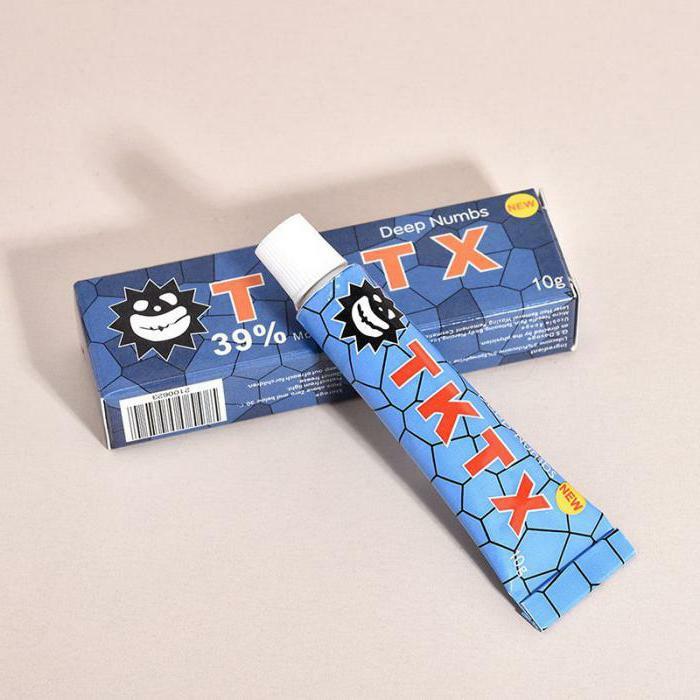 Epinephrine is an effective coagulant, the use of which reduces swelling and bleeding during the procedure. Ointment TKTX thanks to an ideal combination of active ingredients has an effective analgesic effect, which distinguishes it from its counterparts.

TKTX ointment can be applied to injured skin, but only in small amounts and for a few minutes. This use of the drug will increase the analgesic effect due to a faster absorption of the composition into the skin, which can be accompanied by burning. For more than 15 minutes, the cream on the damaged skin can not be kept, in addition, it can cause an individual reaction, manifested in redness of the skin, burning and darkening of the pigment.

Anesthetic ointments for tattoos post are presented in pharmacies in a wide range. One of the most effective is ointment. Numb is a water-based cream with active ingredient lidocaine. Used for tattooing and tattooing, laser hair removal, and other procedures to reduce pain. 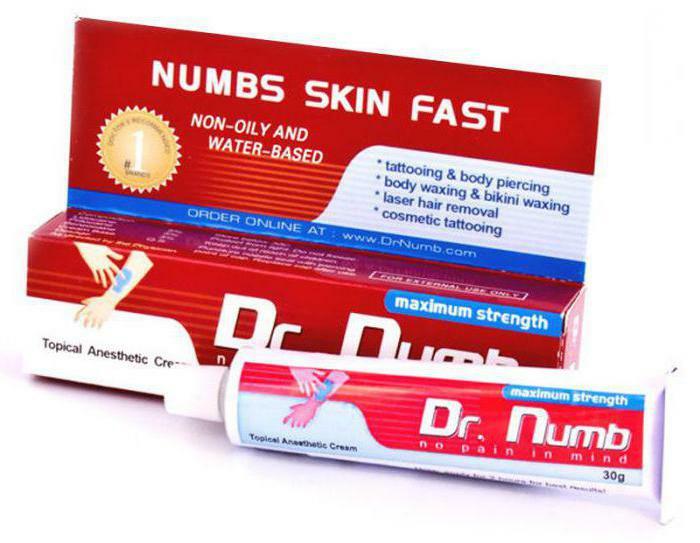 To date, Dr. Numb is the only anesthetic that allows you to work with 3D mezzanines without painful sensations.

Anesthesia in the process of performing tattooing is not always an obligatory measure, it is often advisable for masters not to resort to it, as the final result can be spoiled by the use of special tools. This is due to the fact that any anesthetic compounds have a certain effect on the human body. For those who do not tolerate pain, salvage will become an anesthetic for tattoos. Such medications can get rid of unpleasant painful sensations during the procedure.