The blood test often observes a point where granulocytes are indicated - these are particles called white cells, or granular white blood cells. By the number of these components, it is possible to correctly diagnose a person's morbid state. With any malaise, the biomaterial of blood cells is subjected to a laboratory test.

Why is it necessary to determine blood counts

In blood tests, granulocytes are the main parameter for assessing the general condition of the body. Any process of inflammation is accompanied by a sharp increase in the number of granular bodies. The disease can be detected before the onset of severe conditions following laboratory tests. 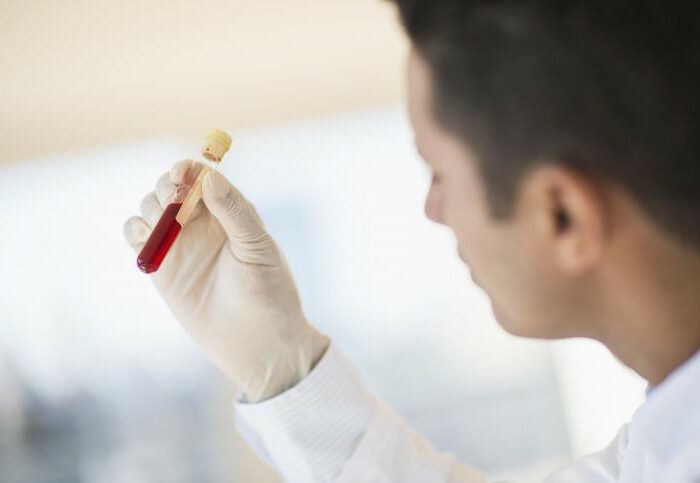 The most accurate results are obtained on automatic equipment, which excludes errors due to inexperience of the personnel. In the latest methods of verification, the results are often given in the form of terms and abbreviations, which should be interpreted by the staff of the clinic. For convenience of perception, the analyzes prescribe comments that may differ in different laboratories.

In addition to granulocytes, other blood parameters are given in the results of the studies: hemoglobin, platelets, erythrocytes, etc. This makes it possible to compile a detailed account of any stage of the disease. If necessary, the doctor will send a person to additional tests to confirm the alleged diagnosis.

What kinds are there?

Granulocytes are( including basophils, eosinophils and neutrophils) human protective cells. When examined under high magnification, the granular structure of the blood corpuscles becomes noticeable. In the body, they account for more than 50% of all white blood cells. 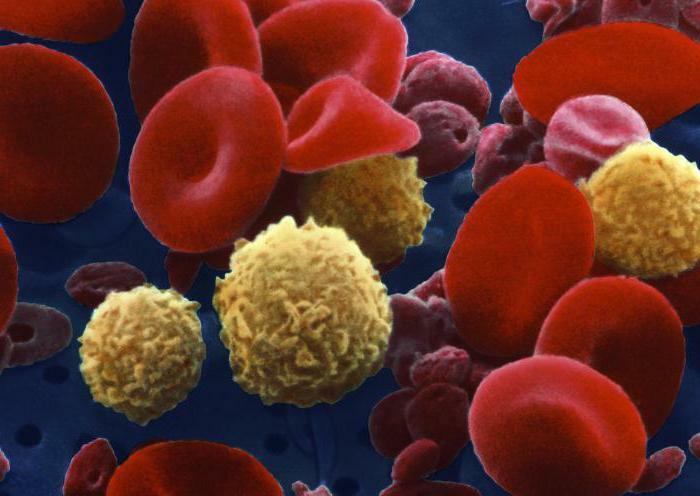 Granulocytes are the following blood particles:

For the normal functioning of the protective mechanisms of the human body requires a huge number of neutrophils. Basophiles do not enter into battle, their task - in time to report the presence of foreign matter. Therefore, their content in the blood is minimal.

What are white blood cells?

The main granulocytes are neutrophils, otherwise called leukocytes. Their task is to rid the body of the following types of pathogenic microorganisms: viruses, bacteria, parasites. An increase in their number indicates the fight against infections and that the patient should be checked for the listed types of infection. 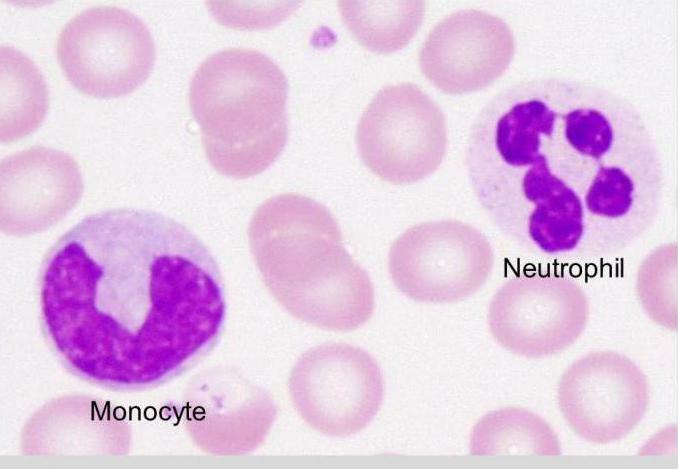 Infection can be internal, so without a doctor, finding the source of the ailment will be difficult, and in the absence of medical education you can get confused in terms and definitions. Leukocytes are depressed and killed under the influence of potent drugs. This should be remembered and before taking the tests you need to take a break in taking medications.

Also, the number of leukocytes decreases in conditions when a person has blood diseases. The task of white cells is the destruction of pathogens by the absorption method. As a consequence, the protective bodies die. Before the formation of such a faculty, the process of maturation takes place.

Leukocytes( neutrophils) are produced in the bone marrow. Some of them are always in the parietal space of the vessels, the rest are constantly wandering around the body. Their life time is about 7 days in the blood fluid. In tissues the life span is reduced and is no more than 2 days.

In studies, blood cells are stained with special dyes. And this group of granulocytes is so called because of the use of eosin. The acidic dye reacts only with the named bodies. A change in color is required because the structure of the grains of eosinophils is blurred, it is difficult to distinguish them at a significant excess of the norm. 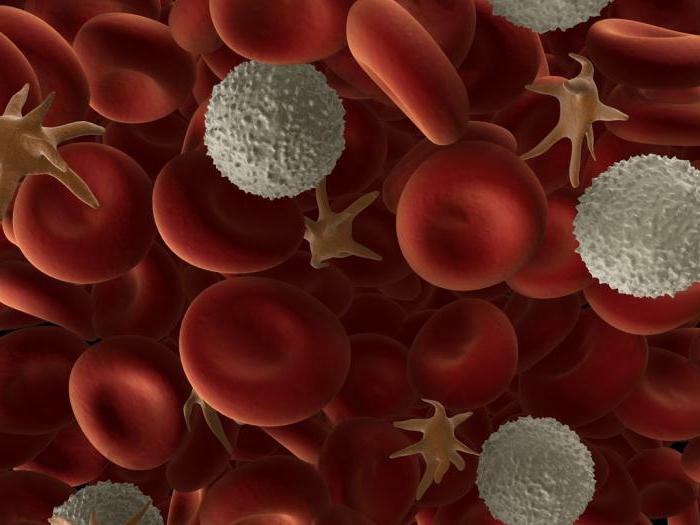 If these granulocytes in the blood are elevated, then we can conclude about an allergic reaction. Often, the body also accumulates after infection of the body with parasites. Eosinophils effectively fight pathological agents - antigen-antibody. The latter appear as a result of the destruction of foreign microorganisms.

The protective function of the body is supported by basophils. Thanks to the cells-scouts, when they detect viruses and bacteria, blood flow increases, and the inflow increases the flow of fluid. 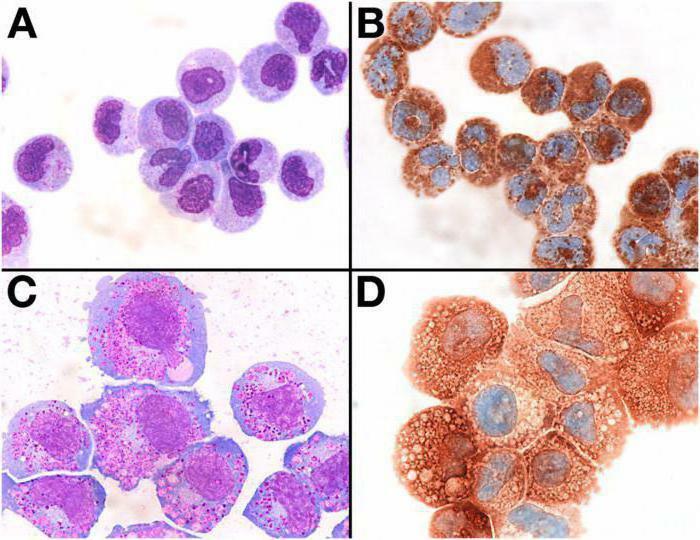 If granulocytes are elevated, the causes of this condition are as follows:

Eosinophils are able to dissolve allergic substances due to vitamin E, which is present in their composition in large quantities. It is released outside to neutralize foreign substances in the human body, due to which, by the way, shock conditions develop. A feature of these white cells is the ability to exist outside the blood vessels.

If granulocytes are increased, the reasons are the spread of the infection throughout the body. In the analyzes, the quantitative values ​​of the norm are indicated in the range from 1.2 to 6.8 by 10 to 9 degrees. This total number may not change, but the ratio of neutrophils, basophils, lymphocytes and eosinophils varies. Indicates the percentage:

Leukocyte lymphocytes - the basis of immunity

In humans, immunity is described by two components. These include leukocytes and additionally used antibodies-granulocytes - these are lymphocytes, which are also white blood cells. They fight against viruses, cancer cells, bacteria. During the destruction of foreign particles, the formation of stable bonds called antibodies occurs. This is how a stable defense against subsequent infections by the same cells occurs. 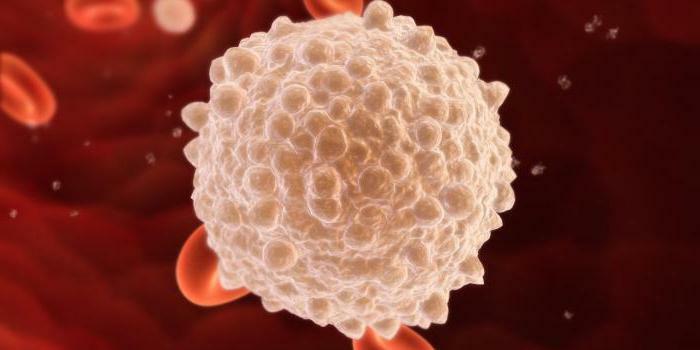 When reading the interpretation of the analyzes, patients often have a question: elevated white blood cells and reduced lymphocytes-granulocytes - what does that mean? Responding to it, experts pay attention to the status of other blood indicators and complaints of the patient and identify the symptoms to get a reliable picture of the ailment.

When the granulocyte count is exceeded, an appropriate diagnosis is made. So, eosinophilia is observed with a huge list of diseases: leukemia, tumor formations, allergies, irradiation, heart defects. Such a condition needs to be treated, and recovery of indicators will occur when the inflammation passes. Neutrophilia is established after the interpretation of adverse tests. Large quantitative values, for example, speak of infection and purulent inflammation in the body. Also, granulocytes increase with myocardial infarction and poisoning after bite of insects.

Basophilia occurs during chemical or poisoning with poisons, with the development of tumors. Large values ​​of granulocytes indicate a protein saturation of blood, meaning that the body is fighting foreign bodies.