What is anatomy? This is a science that deals with the study of the features of the human body. Classification of receptors and irritants also refers to the issues of this discipline. How do the former relate to the latter? Everything is very simple. The body is constantly affected by a large number of various stimuli, our receptors respond selectively to them, it all depends on their location and structure. Nerve formations are also called a sensory system that transmits sensations from the sense organs to the central nervous system. 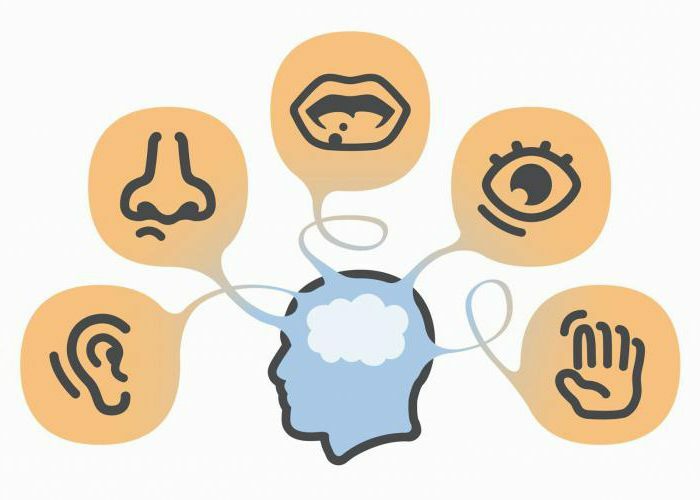 There are different types of receptors, but first you need to isolate the senses:

receptors are needed Everybody needs such information, which the environment gives. First and foremost, this is necessary in order to provide ourselves with food and an individual of the opposite sex, to protect ourselves from danger and for orientation in space. All these provide nerve formations. Classification of receptors is certainly an important issue, but before this we will analyze the types of signals acting on them. 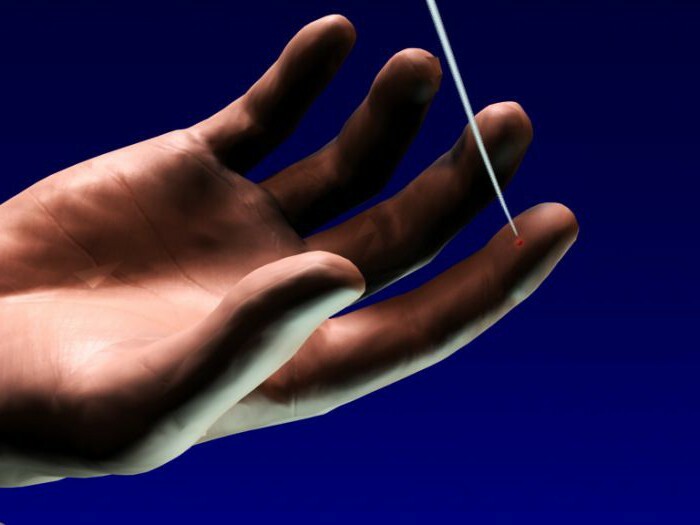 They are classified according to the following features:

Regarding the first point, external stimuli distinguish thermal, electrical, mechanical, osmotic, chemical, light and many others. They are transmitted directly with the help of energies of different types, for example, thermal, as it is not difficult to guess, are transmitted by means of temperature and so on.

In addition to all this, they are divided into adequate and inadequate stimuli, it's worth talking about a little more. 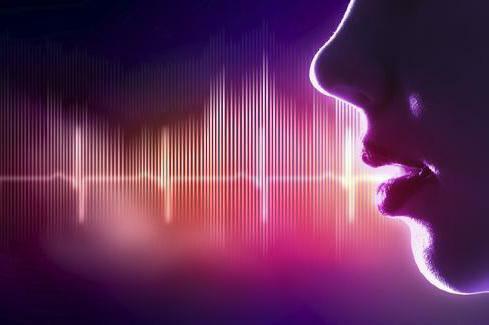 It is important to note the incredibly clever idea of ​​Friedrich Engels who believed that the sense organs are the main instrument of the brain. He is certainly right, because all that we see, feel and hear is the merit of sense organs and receptors, and the irritation of the latter is the very beginning link in the knowledge of the external world. For example, we feel the work of taste buds when we feel the taste of food( bitter, salty, sour or sweet), irritation of the eye receptors give us a sense of light or its absence.

The irritant to which the receptor is adapted is called adequate. A good example is the receptors of the language. If you get into the mouth of any substance, we taste, for example, bitter, salty, sweet or sour. The retina of the eye catches light waves, so we understand that the light is on.

The properties of the receptors are quite diverse, but when speaking about the inadequacy of stimuli, we can distinguish the following: when exposed to energy, to which the receptor is not adapted, an insignificant part of sensations is caused, such as when an adequate stimulus is stimulated. An example is an electric shock or chemical irritation.

If the retina of the eye has received mechanical irritation, then there will be a sensation of light, this phenomenon is commonly called "phosphene".Or when receiving an electric shock in the ear, we can hear the noise, but the mechanical damage can cause a taste sensation.

We have dealt with the issue of stimuli, now we have an equally important question. To understand the mechanism of action, the classification of receptors is important. To begin with, we will analyze the question of the principle of the structure of human sensory systems, identify the main functions, and talk about adaptation. First of all, the classification of receptors by type includes the following:

This is not the only classification of receptors, in addition to these species, distinguish separation and other qualities. For example, by localization( external and internal), by the nature of contact( remote and contact), primary and secondary.

We selected the following types of receptors as the second item: distant ones, that is, those that catch the signal at a distance( sight or hearing), and contact, which need direct contact, for example, taste.

With regard to the division into primary and secondary, the first group includes those that convert stimulation into momentum in the first neuron( example: the sense of smell), and the second - having a receptor cell( example: taste or vision).

If we consider the structure of human receptors, it is possible to identify the basic principles, such as: 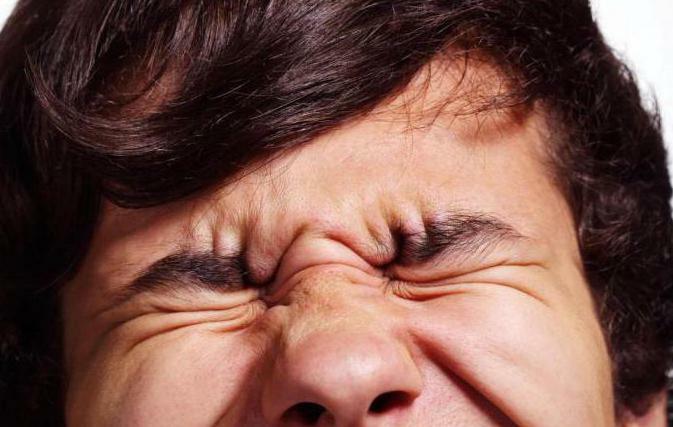 receptor functions The analyzer refers to some part of our nervous system, which consists of several elements: the receptor, the neural pathways and parts of the brain.

There are three components in total:

Their functions are also individual, that is, the first seize signals, the latter escort them to the brain, and the third analyzes the information. The whole system works synchronously to ensure, first of all, security for man and other living beings. 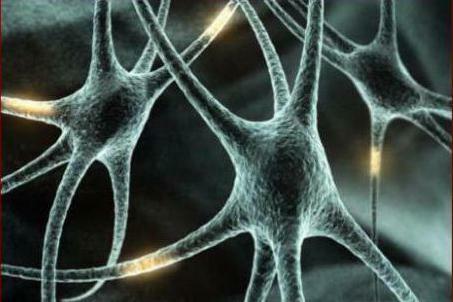 We suggest to highlight the main functions of the entire sensor system, for this we give a table.

receptor properties. Now it is necessary to isolate the main properties of the receptors. The first we call selectivity. The fact is that most human receptors are aimed at receiving only one type of signal, for example, light or sound, they are very sensitive to such signals, sensitivity is unusually high. The receptor is excited only if it catches the minimum signal, for which purpose the term "excitation threshold" is introduced.

The second property is directly related to the first, but it sounds like a low threshold for adequate stimuli. For example, let's take a vision that captures such a minimum signal, which is needed to heat a milliliter of water by one degree Celsius for as many as sixty thousand years. Thus, the reaction is also possible to inadequate stimuli, such as electrical and mechanical, only for such species, respectively, and the threshold is much higher. In addition to all this, two types of thresholds are distinguished:

The first determine the smallest value felt by the body, and the second allow us to distinguish between the degree of illumination, the shades of different colors, and so on, that is, the difference between the two stimuli.

Another very important property of all living organisms on earth is adaptation. So our sensory systems adapt to external conditions.

This process covers not only the receptors of sensory systems, but all its layers. How does this happen? Everything is simple, the threshold of excitation, which we mentioned earlier, is not a constant value. With the help of adaptation, they change, become less sensitive to a constant stimulus. Do you have a watch at home? You do not pay attention to their eternal ticking, because your receptors( in this case auditory ones) have become less sensitive to this irritant. And to other long and monotonous irritations we have developed immunity. 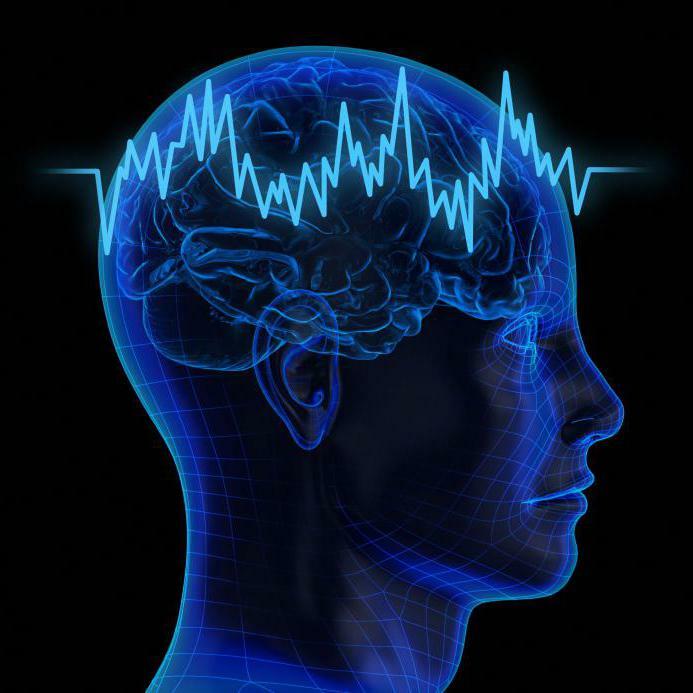 Adaptation processes cover not only the receptors, but also all links of sensory systems. Adaptation of peripheral elements is manifested in the fact that the thresholds of excitation of receptors are not a constant value. By increasing the thresholds of excitation, that is, reducing the sensitivity of the receptors, adaptation to prolonged monotonous stimulation occurs. For example, a person does not feel constant pressure on the skin of his clothes, does not notice the continuous ticking of the clock.

Note that all receptors are divided into:

And the first, they are also called phase, give a reaction to stimuli only at the very beginning and at the end of its action, but the second( tonic) sends continuous signals to our central nervous system for a fairly long period of time.

It is also necessary to know that adaptation can be accompanied by both an increase and a decrease in receptor excitability. For example, imagine that you move from a light room to a dark one, in which case there is an increase in excitability, first you see the lighted objects, but only then the darker ones. The reverse case, if we move from a dark room to a light one, everyone knows the expression "light cuts our eyes," we are screwed up because our receptors are reconstructed, namely, the excitability of our photoreceptors decreases, so-called dark adaptation is happening now.

It is important to know that a person's nervous system is capable of regulation, everything depends on the needs at a given time. If after a resting state a person starts abruptly physical work, then the sensitivity of the receptors( motor apparatus) increases sharply. Why is it necessary? To facilitate the perception of information related to the state of the musculoskeletal system. In addition, the adaptation process is capable of affecting other formations besides the receptors. For example, let's take a rumor, if adaptation takes place, then the mobility of such parts as

That is the auditory ossicles of the middle ear. Summarizing all of the above, we once again highlight the main functions of our sensor systems: signal detection, discrimination, conversion of one type of energy to another( nerve impulse), transfer of the transformed signal to other layers of sensory systems, identification of images. The main features are the following: selectivity, low response threshold for adequate irritants, ability to adapt to the environment. We also considered such important points as the structure and classification of sensory systems, the classification according to different signs of stimuli, and adaptation.