Oddi sphincter dysfunction - what is it?

The sphincter of Oddi is the organ that regulates the ingress of bile through the bile duct from the liver to the 12-colon. Also one of its functions is the regulation of the secretion of the gallbladder, as well as the entry of the pancreatic enzyme into the gut. The activity of the gastrointestinal tract has a huge influence on the bile duct. 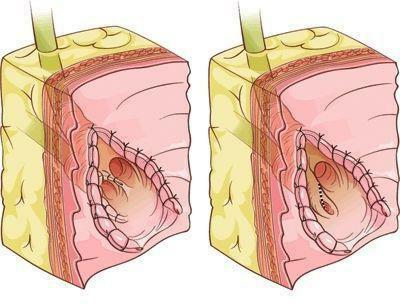 It is important that the organ functions correctly

If the operation of the CO( sphincter of Oddi) deviates from the norm, then the entire gastrointestinal tract begins to suffer. The patient who developed this disorder experiences paroxysmal pain in the upper abdomen, hepatic enzymes may be elevated, there is an expansion in the common bile duct, increased secretion of pancreatin, and overall pancreatitis may develop. What is this - the sphincter of Oddi? What are the most dangerous violations in the work of the body? So, about everything in order.

Device of the sphincter of Oddi

Causes of disturbance in the activity of this organ can be of two types - structural or functional. According to the medical classification, this dysfunction is referred to disorders of the biliary tract.

Anatomically CO is a case of muscles and connective tissue that surrounds the junction of the pancreatic and bile ducts into one common vessel that enters the wall of the duodenum. Based on the structure of the sphincter, it is divided into three parts - the segment of the bile duct, the segment of the pancreatic duct and the sphincter of the ampulla that surrounds the common canal of these two organs.

This ampoule maintains a constant pressure, which is normally 10-15 mmHg. This pressure is regulated by smooth muscles that form the case and are arranged both longitudinally and circularly.

Functions of AS AS4646D What is this - the sphincter of Oddi in terms of functionality?

The three main ways to work this sphincter is to regulate the intake of bile and pancreatic juice in the duodenum, prevent the reflux( reflux) of the contents of this intestine back into the bile-pancreatic duct, and also ensure the accumulation of hepatic bile in the gallbladder.

All these functions are possible due to the ability of OD to regulate the pressure inside and between the system of its ducts and the duodenum.

What is the dysfunction of CO?

Oddi sphincter dysfunction( DSO) is a partial disturbance of the patency of the ducts described above. It has either an organic or a functional nature, and its clinical manifestation is a violation of the outflow of pancreatic juice and bile. 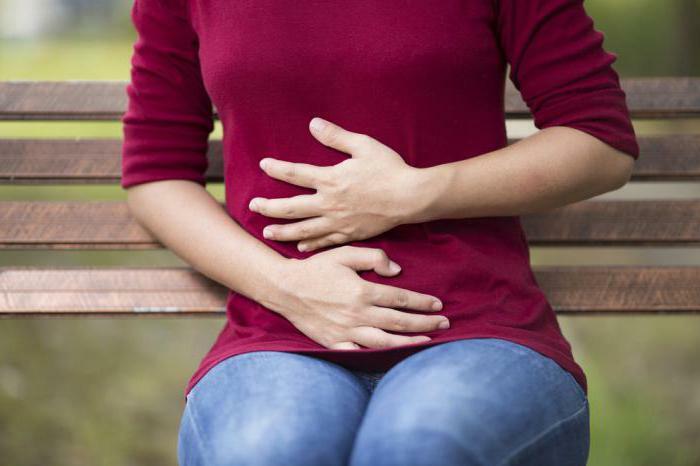 Based on the nature of DSO, patients with this disorder are divided into two types - those to which it developed against the background of sphincter stenosis( spasm) and those who have functional dyskinesia of this organ. Anatomical stenosis of SB is caused by inflammation and fibrosis( when muscle tissue is replaced by connective tissue, scars are formed), and possibly - by hyperplasia of the membrane. Fibrosis and inflammation can be triggered by the passage of stones along the ducts or attacks of acute pancreatitis. Doctors agree that it is very difficult to distinguish the organic and functional causes of this disorder, because they can be influenced by the same factors.

Very often there is a dysfunction of the sphincter of Oddi in those who suffered cholecystectomy. One of the components of postcholecystectomy syndrome is this disease, in fact, it, as a rule, provokes the syndrome. Most of these patients suffer from a deficiency in the functional of the organ, which manifests itself as a constant ingress of bile into the 12-colon. Sometimes there is spasm( dyskinesia) of the sphincter of Oddi. If the gallbladder has been removed, then even a slight reduction in CO results in increased pressure in the entire bile duct. This phenomenon is accompanied by pain.

Naturally, such a diagnosis should put the doctor. Below we list all the characteristic symptoms of the sphincter of Oddi, more precisely his dysfunction.

First of all, it is a pronounced, persistent pain with localization in the center of the epigastrium and in the right upper abdomen. The nature of this pain is as follows:

Assays may show one or more of the following signs: increased bilirubin and / or pancreatic enzymes, alkaline phosphatase, and serum transaminases. 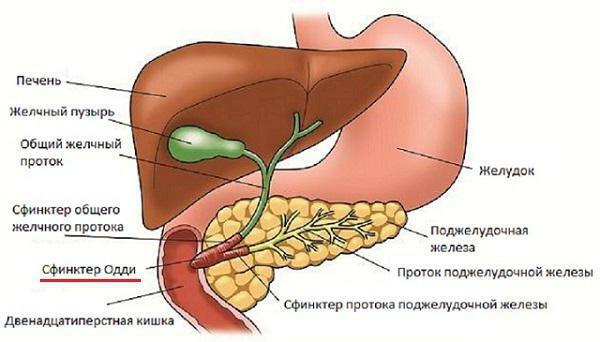 Types of disorders of the sphincter function Oddi

Surveys that are necessary to get the full picture are ERCPH( endoscopic retrograde pancreato cholangiography) and sphincter manometry. These two methods are referred to as invasive examinations for this disease.

Examination of ERCPH helps to exclude other ailments of the pancreas and bile ducts, which could cause similar pain symptoms. In addition, it allows you to determine both the size of the ducts and the periodicity of their emptying.

And with the help of endoscopic manometry( which is considered the most reliable method of examining CO), measure the pressure in the sphincter by inserting a special catheter into the examined ducts. It also helps to understand what is the motor activity of CO. 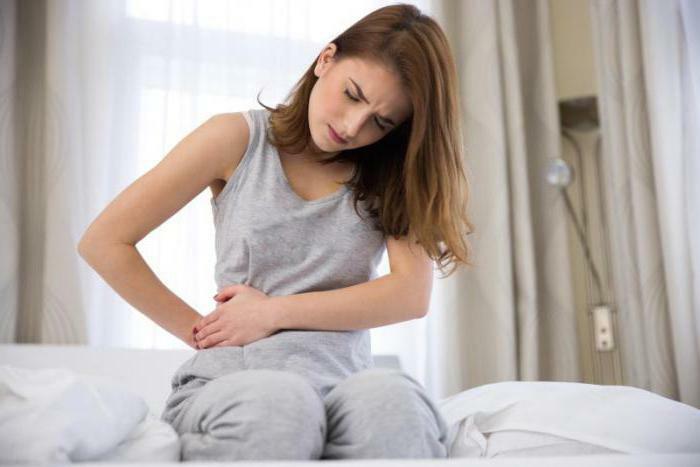 With these two methods, patients with DSO are divided into several groups. Dysfunction of the sphincter of Oddi in the biliary type number 1, when the patient has biliary colic, the common bile duct is enlarged, a slow contrast is recorded compared to the normal excretion of a special contrast agent, and the level of hepatic secrets is increased. The disorders of this group are caused by stenosis of the sphincter of Oddi. Secondly, it is the dysfunction of the sphincter of Oddi in the biliary type number 2. Here the patients experience bile pain in combination with some symptoms characteristic of the first type. At them infringements can be both functional, and structural. Thirdly, it is a biliary type 3, accompanied by exclusively biliary attacks, which indicates the functional nature of the disease. And, finally, the subtype of the pancreatic dysfunction of the sphincter of Oddi is distinguished. With him, the patient experiences a characteristic pancreatitis pain in the epigastric region, which can give back. Analyzes in such patients show elevated lipases and amylases. But since they have no objective reasons for pancreatitis( for example, addiction to alcohol, etc.), doctors diagnose an unidentified etymology of recurrent pancreatitis.

Laboratory tests only make sense in case of painful attacks. Then the analysis will show the increase of certain enzymes, which will help to identify the causes and nature of the disease. 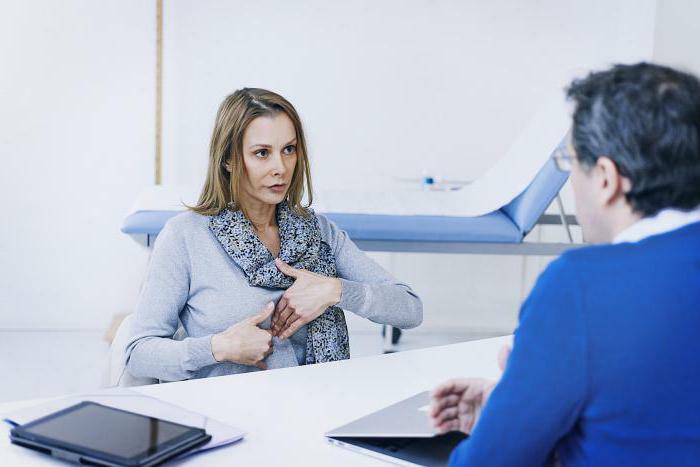 What is this - the sphincter of Oddi? The overall picture of the organ itself and its dysfunction is more or less clear. Next, we will consider diagnostic methods for the investigation of DSO.

For non-invasive examination, ultrasound is used in this disease. It helps to determine the diameter of the necessary ducts before and after the introduction of "provocative" substances. For example, to make ultrasound successful in terms of diagnosis, the patient takes fatty foods. This stimulates the production of cholecystokinin and increases the secretion of bile. The diameters are measured for an hour with a periodicity of 15 minutes. With a normal functioning of the CO, the diameter remains practically unchanged or may decrease somewhat, but it increases markedly with the disease. True, this method does not imply an extremely precise diagnosis of the dysfunction of the sphincter of Oddi to its subtypes.

There is also hepatobiliary scintigraphy, which allows you to track the time of penetration of a specially introduced isotope, moving together with bile from the liver into the 12-colon. If time is increased, then this is evidence of the presence of DSO.

It starts with a diet that the doctor appoints to the patient. Medication therapy also applies to it.taking medicines.

In the diet with DSO, the most important thing is a low fat content. In the diet should be fibers of plant origin or such nutritional supplements as bran, etc. However, all vegetables and fruits should be processed thermally, i.e.welded or baked.

A prescription of drugs in the treatment of DSO is primarily symptomatic. For example, the removal of spasm of smooth muscle SB.This is achieved with the appointment of antispasmodics. Also for this use drugs with anticholinergic properties. 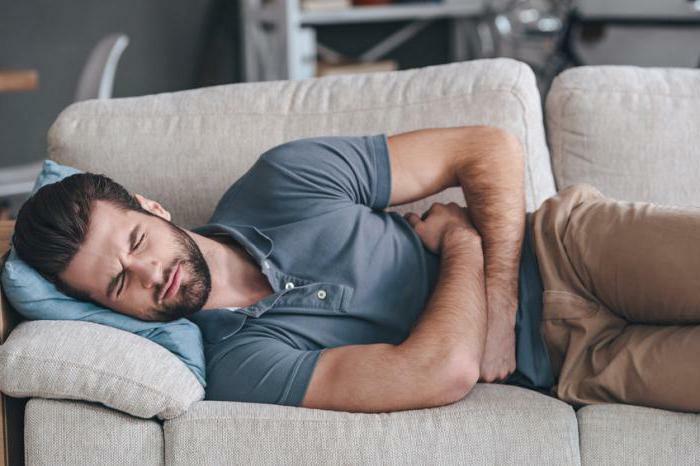 drugs There are myotropic spasmolytics that reduce motor activity and tone of smooth muscles: "Papaverin", "Benzyclan", "Drotaverin".One of the most effective drugs doctors consider "Mebeverin", directly affecting smooth muscle. It is believed that it is on average 40 times more effective than "Papaverin."Its accompanying properties - the normalization of the activity of the intestine, i.e.it reduces hyperperistals, relieves spasm, but does not cause hypotension. Also good reviews are "Odeston"( "Gimecron").It has no anticoagulant properties and is an artificial analogue of the substance present in fennel and anise, which were previously used in medicine as antispasmodics. Practically, there were no cases of any side effects when taking this medication. Reduce the pain syndrome and drugs containing blockers of slow calcium channels. These are "Nifedipine", "Veropamil", "Diltiazem", etc. All of the above drugs have significant side effects, so they are appointed with great caution.

If the symptoms of the disease are severe, the patients are recommended surgery. In the case of ineffectiveness of non-invasive treatment of the sphincter of Oddi, more accurately its dysfunction, and with suspected stenosis, there is a need for endoscopic papillosphincterotomy. If this patient is the first biliary type, then the success of the operation is likely in more than 90 percent of cases. The same level is maintained for patients of the second biliary type of dysfunction of the sphincter of Oddi with increased pressure in the organ itself. But with the third biliary type, the probability of success in the case of this intervention ranges from 7 to 55 percent. Therefore, in this case, this type of operation is used very rarely.

With endoscopic balloon dilatation, temporary catheters are implanted in the CO, the so-called stents. This operation is an alternative to the previous one. But the effectiveness of such implantation for patients with DSO has not yet been proven. Now she is appointed in very limited quantities. However, balloon dilatation is appropriate for patients whose bile ducts are not dilated.

A relatively new method of invasive treatment is the administration of botulinum toxin( botox) to the duodenal nipple. The effect of this injection lasts from three to nine months. Its effect is to reduce the tone of the sphincter of Oddi. But since the method still exists at the stage of clinical study, it is not yet widely used either. 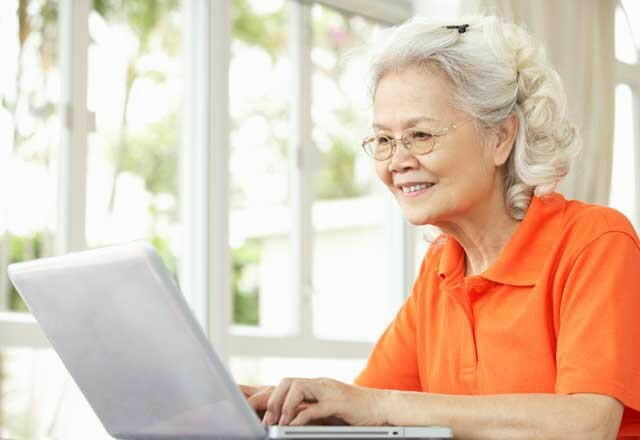 From the above material it became clear what it is - the sphincter of Oddi, what is his dysfunction and the ways of examining the latter.

As we have seen, in most cases, diagnostic methods allow to correctly establish the nature of pathology, and the availability of high-performance drugs in most cases improves the patients' well-being.