When will the first months come after giving birth?

After the birth, the body needs a certain amount of time to regain the normal functioning of all organs and systems that were subject to changes during pregnancy. Typically, this period is 6-8 weeks. But for the final restoration of the hormonal system of time must pass much more. At the young mother, the first months after birth will begin just when the balance of hormones will return to normal. 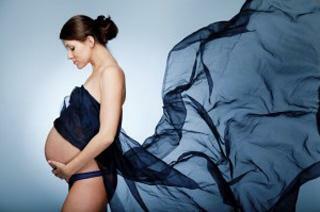 After the birth of a child, the arrival of menstruation for each woman will be carried out at different times. As a rule, this term is postponed in the event that the baby is breastfed, i.e.when lactating with the mother. This can be explained by the fact that the production of milk corresponds to prolactin, which also inhibits the maturation of eggs. Therefore, while its level will be high, the first months after birth will not begin. If to speak easier, while the baby will eat mother's milk, menstruation will not come. The whole process is aimed at ensuring that the woman's body can rest after pregnancy and calmly feed the baby. But there are many cases where lactation is still ongoing, and the first months after birth have already begun.

During the time when menstruation comes, the special gland is responsible - the pituitary gland. It is she who at the right time produces hormone production, then sends a signal to the brain that the time for the monthly has come. It is worth considering that she does it all at a certain time, given by nature to each woman individually.

When will the monthly come after giving birth? 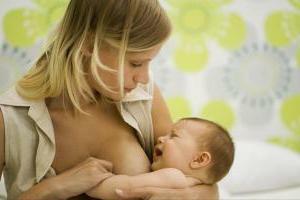 After the first months after the birth, absolutely all women need to watch how the recovery of the menstrual cycle will take place. As a rule, this happens in 2-3 months. If after this time the cycle continues to be broken, a woman needs to visit a gynecologist. To exclude any pathologies that may occur in the postpartum period, the doctor will conduct a screening and, if necessary, prescribe adequate treatment. 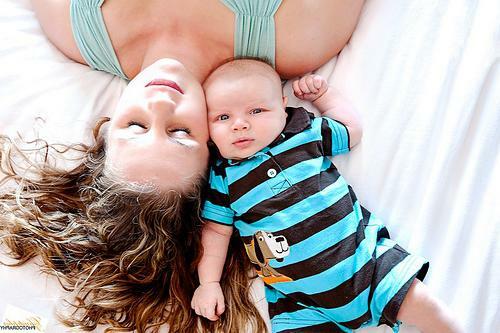 Often young moms are interested in whether the time of monthly arrival depends on how the baby was born - with natural childbirth or as a result of caesarean section. All doctors adhere to the same opinion - no, it does not.

Also do not forget that after the onset of menstruation( and even before them, during the first after the birth of ovulation), a woman can again become pregnant. Therefore, for many women, it is necessary to consult a gynecologist on the topic of preventing unwanted pregnancies.