Period of puberty in boys and girls: features

The period of puberty is a very important and inevitable moment in the life of every person. It requires special attention. Often parents simply do not understand how to behave with the child at these moments. Children should also be prepared for puberty. For example, to understand what changes occur in the body in such an important period of time. All the features of puberty in girls and boys will be revealed later. Useful information will help you to make it easier for the child to survive this moment.

What is the period of puberty? These changes, which occur sooner or later in the body of each person, are characterized by a person's growing up. That is, the body is preparing to perform reproductive functions. By the end of this period it will be possible to tell with accuracy - the person has grown. And now he can fully produce offspring.

Sexual maturation in girls and boys differs from each other. The common consequence is the change in the appearance of the child. In the body, the hormones of "growing up" begin to be produced. This time interval is often called the transition age - the child is no longer a toddler, but not an adult.

Age of puberty may differ. And both boys and girls. Now you can see that girls grow up faster than guys. This is quite normal phenomenon, conceived by nature. In general, puberty begins at about 13-14 years. But in the modern world, you can see that this bar has moved a little. Now children develop faster. And they have a teenage period( puberty, in other words) begins earlier - at 10-11 years. And both boys and girls. 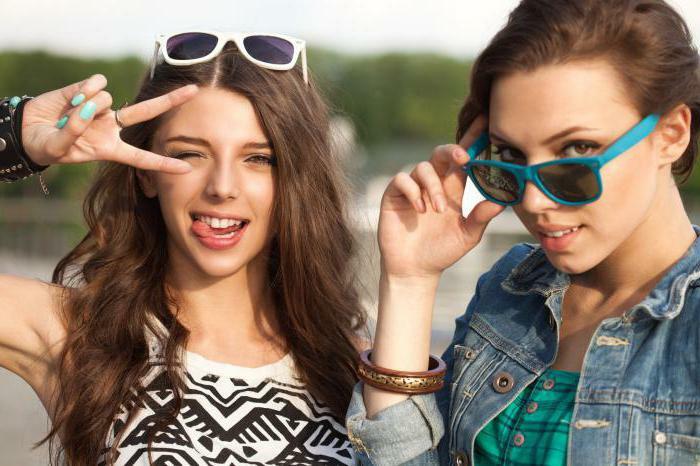 Even girls sometimes have early puberty. This phenomenon should not cause panic and fear in the parents. But the boys are more characterized by a delay in growing up. Also quite normal phenomenon, conceived by nature. On average, the period of puberty lasts about 5-6 years. Sometimes more, sometimes less.

Some parents, with the slightest deviation from the norms of development, start to take the child to the doctors. Do not do this. Indeed, in reality, real medical care is extremely rare. It is recommended to simply monitor the behavior of the child. And only if there are any serious problems to lead him to the pediatrician. He will appoint studies that will show whether there are reasons for fear. And, if necessary, the child will be given hormonal drugs that will accelerate the process of growing up.

By the way, early or late puberty is rarely caused by disorders of the hormonal background. Most often, heredity plays a huge role. So try to remember when you and your spouse started and ended the growing period. With a high degree of probability and the child's puberty period will not only have a similar duration, but also a similar development. 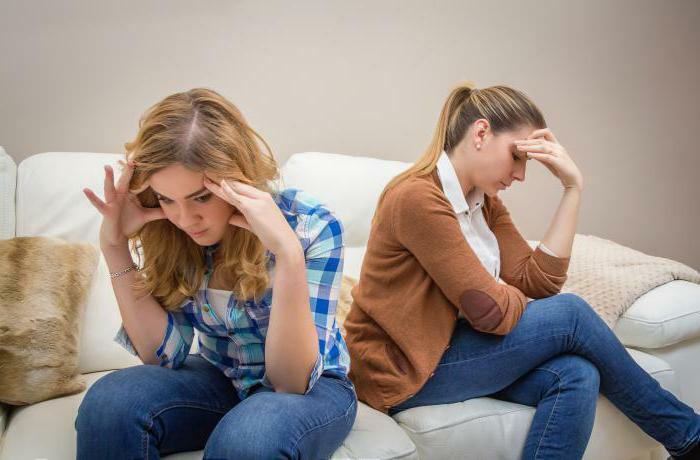 The first noticeable change that occurs in most children( especially in boys) is a change in growth. During puberty, the body begins to grow rapidly. Both in a direct and figurative sense. Therefore, even a low earlier child "stretches."Girls do not grow very much. Although this trend is also visible. On this feature only begin. What else can we expect from adolescence and adulthood?

Any person on the body can find some vegetation. And, mind you, children have it only on the head. The period of puberty in boys is characterized by active growth of hair on the body. As practice shows, some may notice that dark, stiff vegetation appears on the arms, legs and chest. But these changes do not always take place. Everything depends on the secreted hormones and heredity. 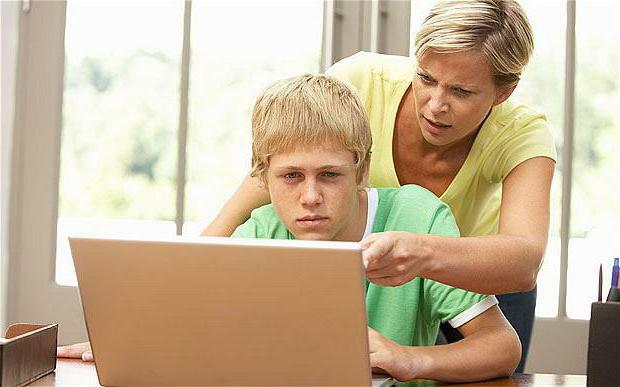 Simultaneously, almost every boy in preparation for adulthood on his face appears a fluff that smoothly turns into a bristle. Beard and mustache - these are two features that indicate that yesterday's baby can already be considered a young man. Also, the hairline appears in intimate places.

Girls also have "vegetation".With a large number of hormones, it can appear on the face( in the form of light cirri), arms and legs( occurs in all, but with different thicknesses).There is an active growth in the field of intimate organs and armpits. It is during puberty that girls start shaving the bikini area and legs, get acquainted with epilation and depilation. And boys either grow a beard / mustache, or shave.

The most common period of puberty in humans is characterized by the appearance of problematic skin. So it is - on the face, and sometimes on the body begin to act acne and pimples. This is quite normal phenomenon, which, however, is far from everyone. Thus, the body shows the work of the hormones being produced. In addition, the boys begin to break their voice, there is a notable Adam's apple. But the girls in this plan - no change. Instead, they begin to look more feminine, watch and look after their face, start using cosmetics. 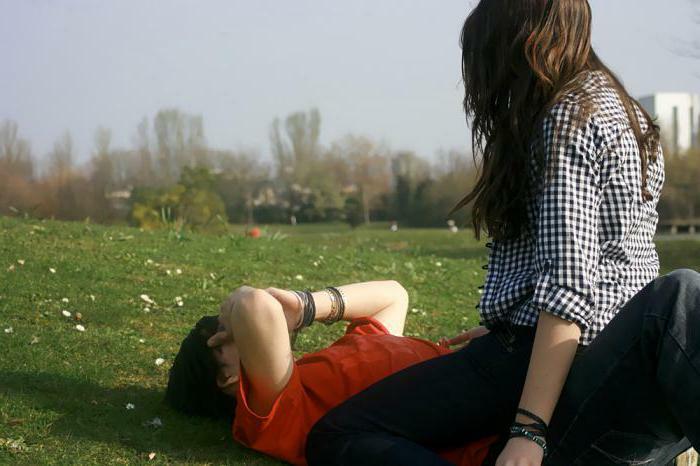 The period of puberty of a person comes, as we have already found out, at about 13-14 years. The biggest changes occur in the reproductive system of the body. And it becomes noticeable to many. Boys can see that the penis acquires a certain pigmentation and increases in size. It has already been said that in the field of intimate organs appear hair. There is a sense of attraction to the opposite sex. When excited, the boy has an erection.

Girls have a more difficult period of puberty. After all, they are now acquainted with such a concept as menstruation. It can frighten many people for the first time. As practice shows, the first cycles are irregular. Approximately one year after the onset of menstruation, this phenomenon normalizes. Already at this moment you can understand how the girl expresses the so-called PMS.Menstruation in each girl acquires individual differences, which will appear only in her: the abundance of secretions, pain and so on. It is noted that after the arrival of the first critical days a girl can become pregnant.

Undoubtedly, the female half of society has to face the phenomenon of adolescence: the puberty is faster for them. Appearance varies in all: both boys and girls. Guys "grow bigger", their chest widens. Growth has already been said.

But the girls there are more changes in this area. For them, the first sign of puberty is the rounding of the hips. By the end of growing up, the girl has beautiful and feminine forms. The growth of mammary glands is also observed. Breasts increase rapidly, but not all. Do not be upset if you have not grown very much breast milk - they tend to change size throughout life. It is also worth noting that the girl has a waist. And in general, the body is transformed and acquires female outlines. And the guys - courageous. It is these changes that can characterize the period of puberty in people. 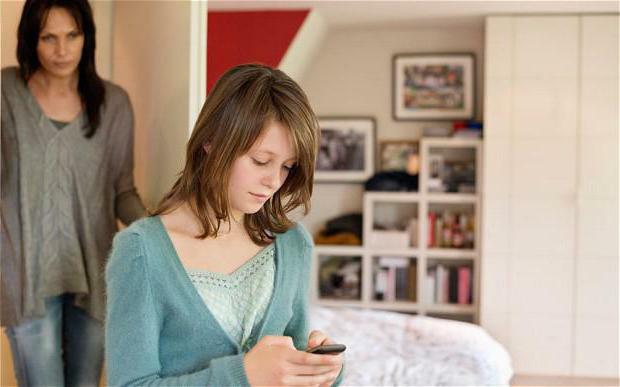 Of course, you can not do without changes in behavior. The adolescent period is a period of time that radically changes a child. He has his own opinion, he begins to defend his personal freedom and the right to vote. Independence and unforeseen actions - this is what can wait for the parents of a teenager. Psychologists are advised to treat all this with understanding. After all, it is important to realize that during puberty the child ceases to be small. And you need to treat him as an equal. Otherwise, in adulthood, then the boy or girl will have complexes. For example, a child may not learn how to make decisions independently, will become dependent on someone else's opinion.

Unexpected actions and bold decisions - this is something that a child can not do without, when he grows up. Yesterday the girl had blond long hair, and today she already has a short haircut and purple locks. The boy, who used to wear shirts, now wears leather jackets and leather jackets. You can not say exactly how your child's tastes will change. In any case, do not join the teenager in an open conflict. So you just move away from the child, which will affect your relationship when the children grow up and become adults, independent people. 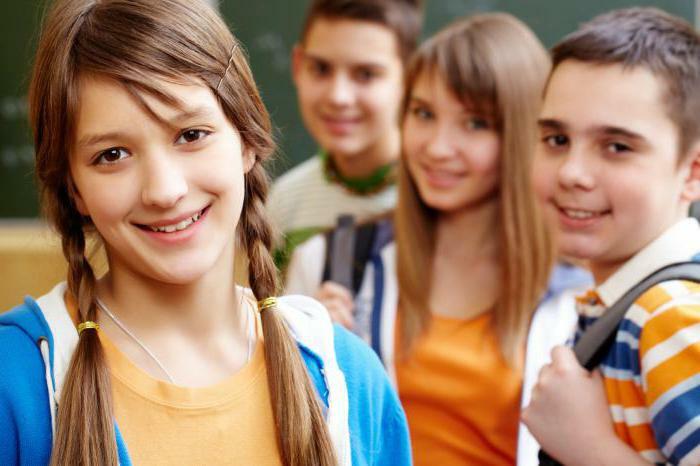 Psychologists are advised to respect the opinions and decisions of the adolescent. Try "not to go into your own business."Give the child some freedom. Let him learn not to make mistakes and make the right decisions. Do not be a parent - become a good friend of a teenager. Otherwise, the period of puberty will negatively affect your relationship. Or in the whole further life of the child. It is at the moment of growing up that a person establishes the basic principle of behavior and develops a full character.