Antibiotic fusafungin: what is it, how to apply it and where it is contained

For some bacterial infections of the upper respiratory tract, local bactericidal agents should be used effectively. One of the most famous is the antibiotic fusafungin. What is it, know those who have a sinusitis or angina doctor appointed Bioparox. This aerosol contains fusafungin as an active substance. Use drugs on its basis alone or as part of complex therapy. They are well combined with systemic antibiotics, strengthening and supplementing their action.

This antibiotic was isolated from a single species of fungus, which possesses bactericidal properties. Used fusafungin only topically. Basically it is available in the form of aerosols for irrigation of the mouth, throat and nose. This antibiotic is effective against many gram-positive and gram-negative bacteria and even against fungi that parasitize the human body. And microorganisms can not develop resistance to it. The drug penetrates only the respiratory organs on inhalation, but does not enter the blood. Fusafungin particles settle on the mucosa, which increases its effectiveness. 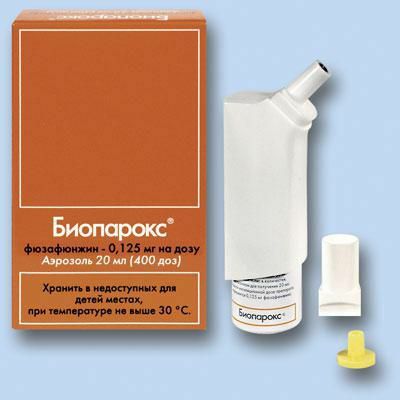 With topical application, fusafungin remains on the mucosa and has the following effect:

is used Quite often fusafungin is prescribed for infectious and inflammatory diseases of the upper respiratory tract. Instruction for use recommends doing this in such cases:

In complex cases with signs of bacterial infection, it is recommended that antibiotics of systemic action be used simultaneously with fusafungin.

In which preparation is this substance

The most famous drug based on fusafungin - spray "Bioparox".It is often prescribed even to children in the complex treatment of complicated respiratory infections. It effectively removes inflammation and swelling of the mucous and quickly eases breathing. It is compulsory to comply with all prescriptions of the doctor regarding the preparation and the rules for using attachments."Bioparox" can not be used for more than 7 days, as well as when an allergic reaction occurs. 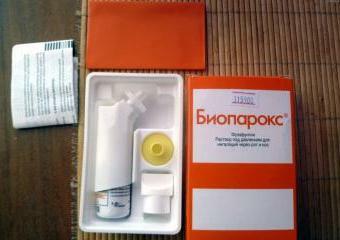 Side effects and contraindications to the use of

In some cases, the drug may cause laryngospasm or severe allergic reactions. This is due to the individual intolerance of the main active substance called fusafungin. Instructions for use do not recommend prescribing drugs on its basis to children under 3 years of age, pregnant women and breastfeeding. It is not recommended to use it for patients with asthma because of the danger of bronchospasm.

Because of the particular application, only local side effects can be after using a substance such as fusafungin. What it is? Most often it is dryness of the mucous membranes, burning, coughing and sneezing, an unpleasant taste in the mouth. There are also general allergic reactions - nausea or urticaria, but very rarely.

The price of the medicine "Bioparox", the most famous drug on the basis of this antibiotic, is 500 rubles. But it needs no more than 5 days, so the bottle is enough for 3-4 courses of treatment. Dosage and duration of therapy are prescribed depending on the disease and age of the patient. Only with the help of inhalations, fusafungin is used. What it is? The drug is sold in the form of an aerosol with two nozzles: for the mouth and nose. In the treatment of rhinitis and sinusitis produce 4 injections in each nostril adults and 1-2 children 3-4 times a day. Up to 18 years, the interval between two uses of the drug should be at least 6 hours, adults can use an aerosol every 4 hours. 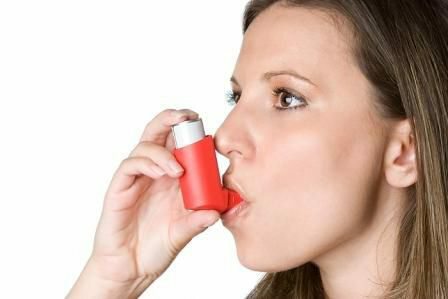 For the treatment of laryngitis and diseases of the middle respiratory tract, another inhalation is used. The dosage of the drug is the same, but each injection should be carried out on inhalation, so that the drug penetrates deeper. It is recommended that you hold your breath for a few seconds. It should be prevented from getting an antibiotic in the eyes, especially carefully it is necessary to carry out inhalations to children. Treatment is not recommended for more than 10 days, as in such cases, the development of superinfection is possible.

The same action has antibacterial preparations of local action for the oral cavity and nose. It is possible to note such: "Грамцидин", "Гексорал", "Tantum Verde" and others. These are also sprays with anti-inflammatory effect. 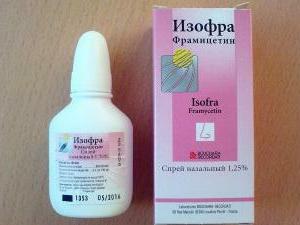 But the most effective drug is still fusafungin. Analogues of it are produced not only in the form of a spray, there are drops in the nose: "Isofra" or "Polidex", and also resorption tablets for the treatment of sore throat: Grammidine, Pharyngosept and others.