The concept of polyneuropathy includes a group of diseases, the causes of which can be different. A line that combines these ailments into a single row is the abnormal functioning of the peripheral nervous system or of individual neural bundles.

Characteristic features of polyneuropathy are symmetrical disruption of the muscles of the upper and lower extremities. In this case, there is a slowing of blood flow and a worsening of the sensitivity of the hands and feet. Mostly this disease affects the lower limbs.

Polyneuropathy of toxic genesis according to ICD10 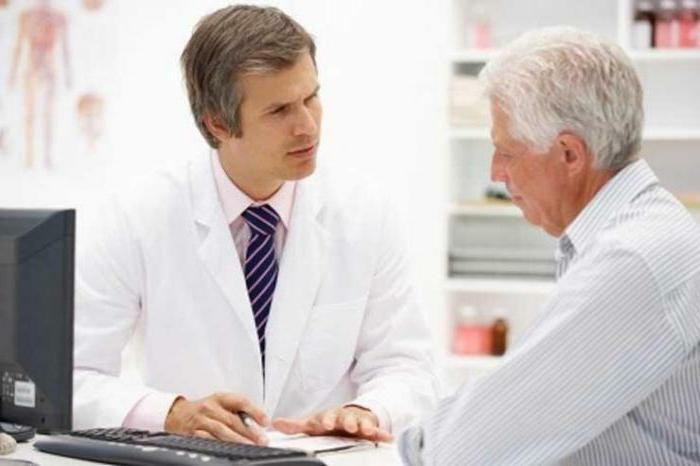 In order to facilitate the definition of the type of this ailment, it was suggested to consider the causes that caused the toxic polyneuropathy. ICD 10, or the International Classification of Diseases of the 10th revision, offers a very convenient form of division of the disease. The essence consists in assigning a code to this or that type of ailment, proceeding from the reasons of its occurrence. Thus, toxic neuropathies are designated according to the ICD 10 list by code G62.The following is a more refined classification:

As noted earlier, toxic polyneuropathy can be caused by two types of causes:

Toxic neuropathy has recently become a fairly common ailment due to the increasing contact of a person with toxins of various origins. These dangerous substances surround us everywhere: they are in food, in consumer goods, in medicines and in the environment. Infectious diseases also often cause this disease. Microorganisms secrete toxins that affect the human body, affect the nervous system.

As noted earlier, these types of diseases occur when an external factor influences the human body: toxins of viruses and bacteria, heavy metals, chemicals, drugs. Like other forms of polyneuropathy, these ailments can be chronic or acute.

It is clear from the name of the disease that it occurs as a result of a severe form of diphtheria, accompanied by exposure to exotoxin. Most often this phenomenon occurs in adult patients. In this case, there is an effect on the shells of the nerves of the skull and their destruction. Symptoms of the disease manifest themselves either in the first week( especially dangerous with cardiac arrest and pneumonia), or after the 4th week from the time of infection. 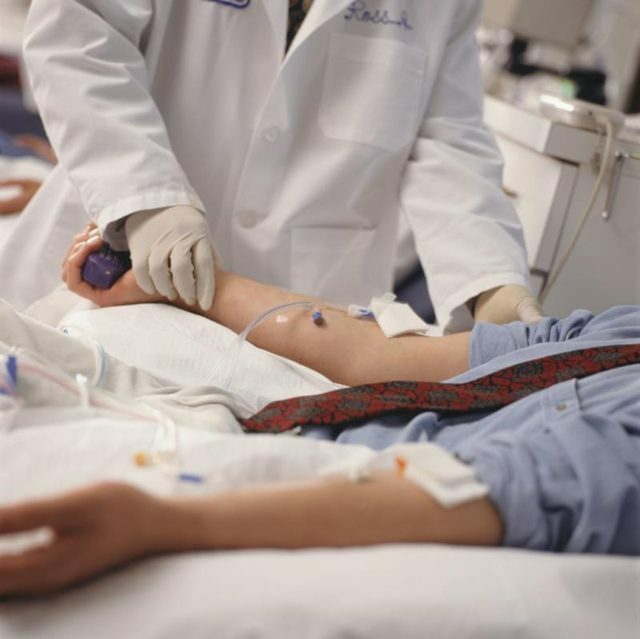 They are expressed by damage to the functions of the eyes, speech, swallowing, there may be shortness of breath and tachycardia. Almost always the symptoms begin to disappear after 2-4 weeks or a few months.

This type of disease occurs due to the activity of Epstein-Barr viruses of herpes simplex type I and II, chicken pox, cytomegalovirus. Infection with these infections occurs in childhood, and after the transferred disease there is immunity. If the defenses of the body weaken, then polyneuropathy can develop with characteristic rashes throughout the body.

Polyneuropathy in the background of HIV

In two out of three cases, neurological complications occur in patients with HIV infection, most often in the last stages of the disease. Toxic effect of the virus, autoimmune reactions, secondary infection, tumor development and the consequences of taking medications in the complex lead to disturbances in the normal functioning of the body. As a result, there are encephalopathy, meningitis and polyneuropathy of the cranial nerves. The last ailment is often expressed in a decrease in the sensitivity of the feet, pain in the lumbosacral section. They are amenable to treatment, but are fraught with lethal complications.

This type of disease occurs due to lead poisoning, which can enter the human body through breathing or through the digestive tract. It is deposited in the bones and liver. Lead toxic toxic polyneuropathy( ICD code 10 - G62.2) is expressed in the patient in the form of lethargy, high fatigue, "dull" headache, decreased memory and attention, encephalopathy, anemia, colitis, pain in the extremities, tremor of hands. This disease is characterized by damage to the radial and peroneal nerves. Therefore, often there are syndromes of "hanging brush" and "cock of a gait."In these cases contact with lead is completely restricted. The prognosis of getting rid of the disease is favorable.

Arsenic can penetrate the human body together with insecticides, medicines, paints. This disease is professional in smelters. If the impact of the poison was once, then vascular hypotension, nausea and vomiting develops. After 2-3 weeks, polyneuropathy manifests itself in the weakness of the leg muscles. If repeated poisoning with arsenic occurs, symmetrical distal sensorimotor manifestations of the disease result. In case of chronic intoxication, the poisonous substance is observed hypersalivation, trophic and vascular disorders( skin hyperkeratosis on the soles and palms, rashes, strips on the nails, pigmentation on the abdomen in the form of drops, peeling), ataxia. Arsenic polyneuropathy is diagnosed by analyzing the composition of urine, hair and nails. Restoration of a patient after a previous illness lasts for months.

In medicine, there is an opinion that toxic polyneuropathy on the background of alcohol has not been studied enough, the mechanism of its development is not fully understood. 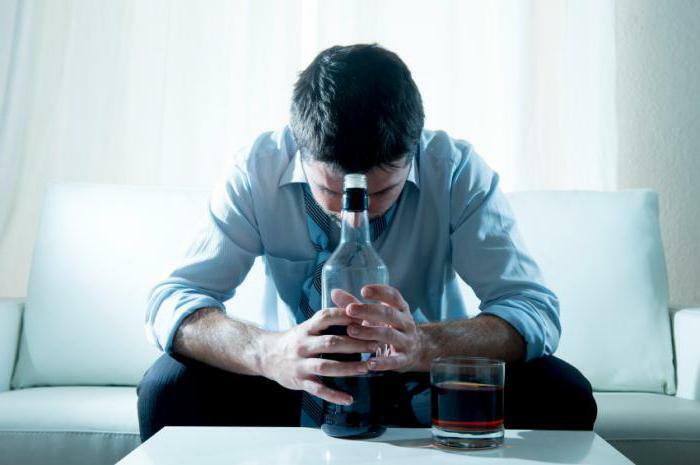 The main cause is insufficiency of thiamine in the body and gastroduodenitis arising from the abuse of alcoholic beverages. In addition, alcohol itself has a toxic effect on the nervous system.

Toxic alcoholic polyneuropathy can be subacute, acute, but most often a subclinical form is found when examining a patient. It is expressed in a slight disturbance of the sensitivity of the feet, the degradation or lack of reflexes of the Achilles tendon, and the soreness of the calf muscles during palpation. Often toxic polyneuropathy is expressed in symmetrical paresis, atrophy of the muscles of the flexors of the feet and fingers, a decrease in the sensitivity of the "glove" and "socks" zones, pain in the feet and shins of the constant or shooting type, burning in the soles, swelling, ulceration and hyperpigmentation of the skin of the extremities. Sometimes this ailment can be combined with dementia, degeneration of the cerebellum, symptom of epileptiformia. Recovers the patient slowly. The success of treatment depends on the return or refusal to drink alcohol. Code MKB toxic polyneuropathy against the background of alcoholism has G62.1.

This type of neurological disorders is caused by the following medications:

This type of disease occurs in most cases due to dysfunction of endocrine glands, as a consequence of deficiency of necessary hormones or in violation of the functions of other internal organs of a person. Distinguish the following types:

Toxic polyneuropathy after chemotherapy is isolated in a separate group of diseases, as it can be a side effect from taking medications or become a consequence of the disintegration of tumor cells. It causes systemic inflammation, nerve cells and pathways are damaged. This phenomenon can be complicated by the presence of diabetes, alcoholism, liver and kidney dysfunction. This ailment is expressed in a violation of sensitivity and motor disorders, a decrease in the tone of the muscles of the extremities. Polyneuropathy after chemotherapy, the symptoms of which are described above, can also cause the appearance of motor dysfunctions. Violations of the autonomic and central nervous system are less common.

Treatment of this type of disease is reduced to symptomatic therapy. The patient can be prescribed anti-inflammatory, analgesic, immunosuppressant, hormonal drugs, vitamins "Neuromultivit" and "Tiamin."

Toxic polyneuropathy of the lower extremities is diagnosed by the following investigations: 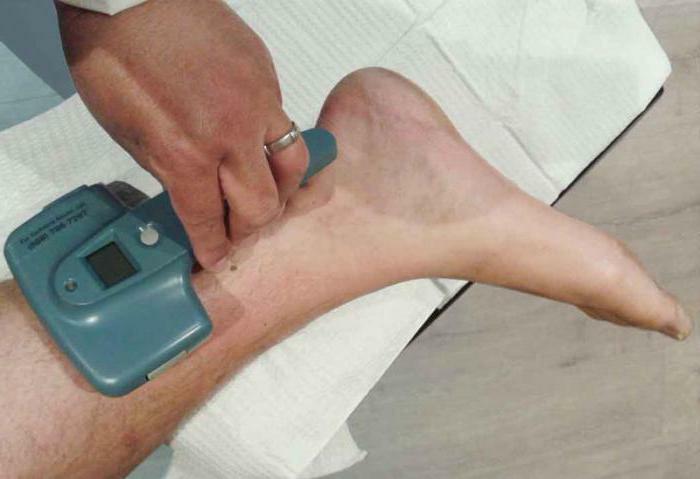 The accuracy and timeliness of the diagnosis depends on the success of the treatment of polyneuropathy.

Features of treatment of the disease

Toxic polyneuropathy, whose treatment is primarily reduced to eliminating the causes of its occurrence, should be considered in a comprehensive manner.

Depending on the type of disease and the severity of its course, the following medicines are prescribed: 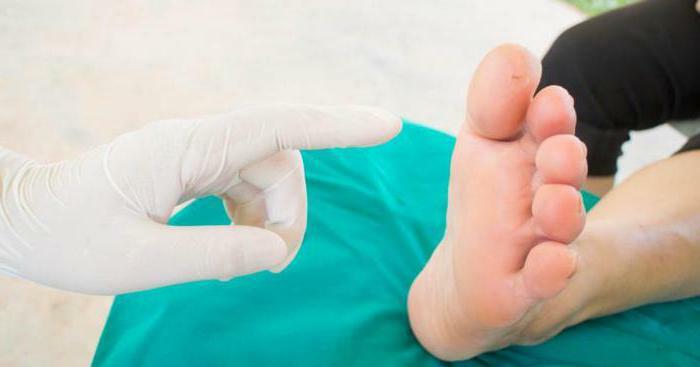 As physiotherapeutic methods can be applied:

The way to treat polyneuropathy is most appropriate in a particular case, the doctor should decide. Ignore the symptoms of the disease categorically. Acute polyneuropathy can pass into the chronic, which threatens the loss of sensitivity of the limbs, muscle atrophy and complete immobility.