What is an MRI photograph? What is the diagnosis of MRI?

Diagnosis of many diseases is significantly complicated by the fact that to accurately determine the problem it is necessary to see the characteristics of external changes in the tissue, a change in its structure. It is in such cases that the optimal diagnostic method is magnetic resonance imaging( MRI).

What is Magnetic Resonance Imaging

Imaging by MRI is very common today, as it allows you to visualize almost all internal organs and reveal structural changes in tissues and organs;in particular, layered photographs of the brain MRI are very informative and very helpful in the diagnosis of intracranial oncological neoplasms, strokes( especially valuable the opportunity to see the focus in hemorrhagic stroke), as well as the pathology of the vessels( aneurysms, or malformations);it is necessary to carry out MRI and in severe craniocerebral trauma.

method The MRI method combines visualization and demonstration, but at the same time also patient safety.

However, in some cases, contrast enhancement is used for more detailed visualization;in particular, this is applicable in the study of the pathology of cerebral vessels. Pictures of MRI of the brain with contrast are very informative, with acute violations of cerebral circulation, as they make it possible to track the level of the vessel's lesion and the exact dimensions of the pathological focus. 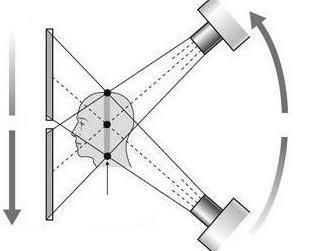 tomograph work? The influence of magnetic oscillations changes the behavior of hydrogen atoms, as the regime of motion of a positively charged particle in the nucleus of a hydrogen atom changes. When the movement ceases, the energy stored by the device is ejected.

Thanks to the properties of hydrogen atoms, the content of which in the human body reaches ten percent, such diagnostics become possible without the slightest harm to health.

Having already received a ready picture, the specialists of the corresponding profile analyze the resulting image, compare it with the norm and reveal pathological changes. 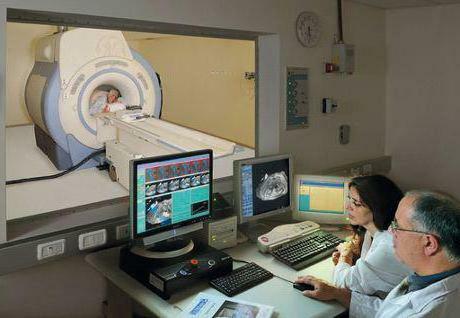 method The very phenomenon of nuclear magnetic resonance was discovered and described in the middle of the twentieth century - in 1946.And the first time to get an image using this technology was in 1973.

inspection Externally, the apparatus for magnetic resonance imaging looks like a rather narrow long tube. 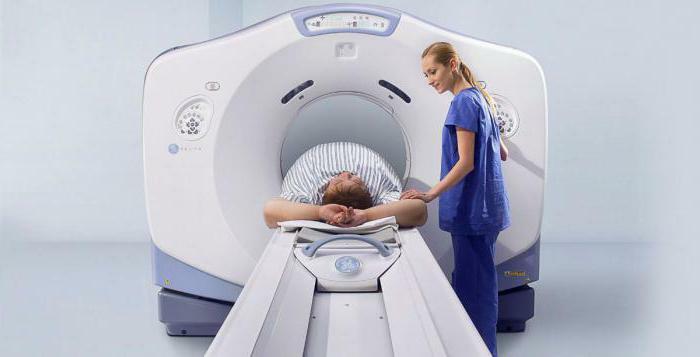 When a patient is examined, put it inside the building with a special couch.

Since the duration of the patient's stay inside the device is quite high - up to forty minutes, and in some complicated cases - even more, the conditions for the patient's stay in the "pipe" should be as comfortable as possible. Inside the device, the light and ventilation are not bright enough to ensure a quiet breathing. There must be a communication button with the operator conducting the survey.

Throughout the procedure, the patient is forced to lie as motionless as possible, since an image is formed during the study;and the more clearly it will be, the more accurate and qualitative will be the diagnosis. In this regard, in cases where there is a need to conduct a tomographic study of a small child, together with him in the tomograph specialists are forced to place and mother. 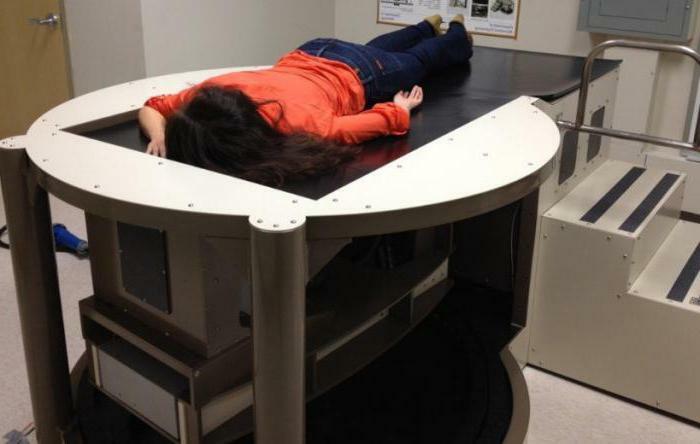 The MRI image is a series of images that represent layered images of internal organs.

The result of a tomographic study is usually ready, a few hours after the diagnostic procedure.

The patient receives a printed MRI photograph that reflects the main, key images, as well as a form with the conclusion of a specialist.

For convenience, in many cases, a disk with all, without exception, images received during the procedure is also given to the patient's hands. This nuance is very important in those cases if in the future the patient will apply for deciphering the data obtained in the diagnosis to other specialists.

This technique helps with a high degree of accuracy to visualize the state and structure:

It is also used to diagnose pathological changes in these organs and systems.

Indications are also the situation when the information provided by the X-ray image is insufficient for the diagnosis of traumatic injuries.

MRI is necessary in cases where there is a suspicion of a structural pathology of tissues or organs.

The peculiarity of the method is that this method is much more effective when studying soft tissues. 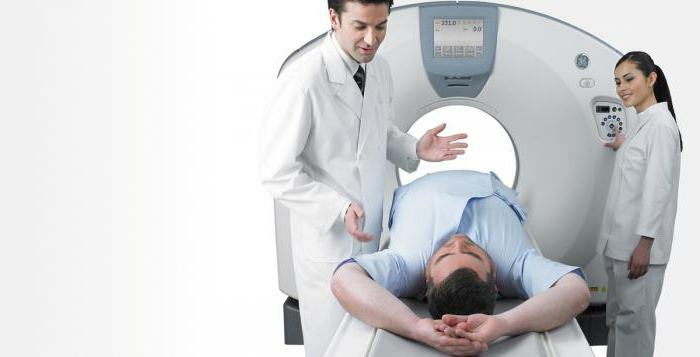 Not explored by tomography:

In the group of relative contraindications, the following cases can be distinguished:

When it comes to diagnostic examination of the brain, magnetic resonance imaging( MRI) is the most informative type of examination.

In fact, snapshots of the MRI of the brain - a photo of its layers. 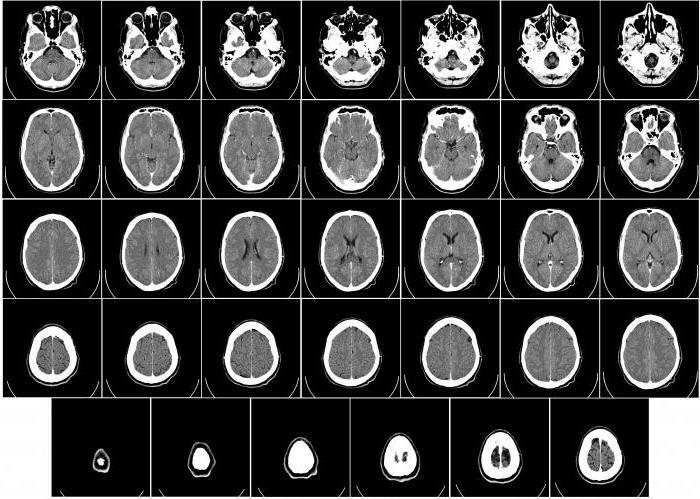 Therefore, due to this diagnostic technique, it is possible to make the most detailed study of the substance of the brain and the detection of pathologies at the earliest stages.

Snapshots of the MRI of the brain should be done in the following cases:

Diagnosis of the pathology of the spine

Magnetic resonance imaging provides the widest possibilities for diagnosing the pathological conditions of the spine.

The result of the diagnostic procedure will be a detailed layered photograph. 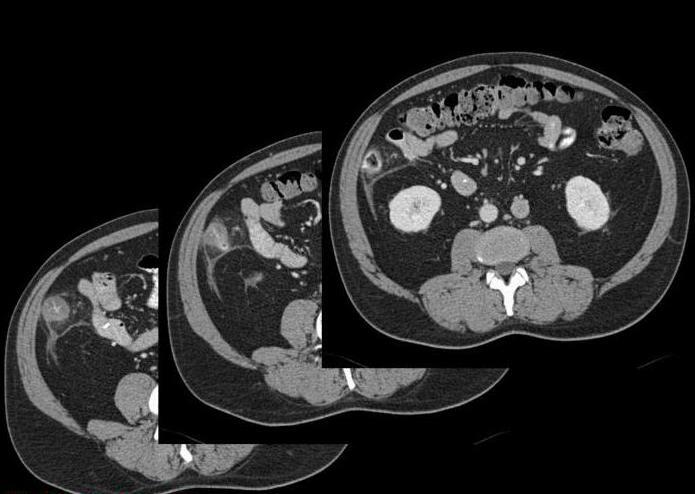 MRI of the thoracic spine is assigned according to the following indications:

MRI of the lumbar region is diagnostic in the following cases: