How to distinguish poisoning from rotavirus? Symptoms of diseases

As soon as spring or autumn comes, many children and adults begin to get sick with colds. They can be called either bacteria or viruses. But it often happens that simple poisoning in terms of symptoms resembles a viral infection, so it is very important to be able to differentiate diseases. At this time of year, rotavirus is often the cause of malaise. In adults and children, signs may resemble intestinal poisoning, but there are manifestations in which pathologies differ from each other, respectively, and the therapy will be completely different. Let's see what the difference is between poisoning and rotavirus.

Rotavirus is a microorganism in which the hereditary information store is RNA.Penetrating into the human body, causes an infectious lesion of the gastrointestinal tract. If you look at the virus under a microscope, then the shape of its body resembles a wheel. 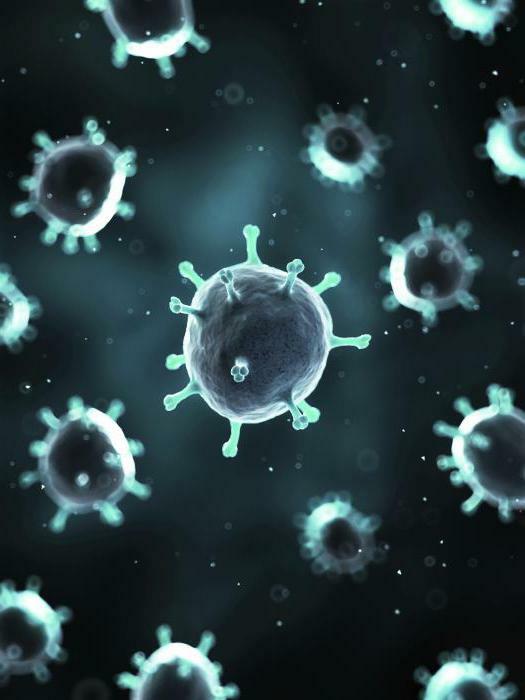 Typically, the maximum activity of the virus begins to manifest in the autumn-winter period. The disease that provokes them is called rotavirus infection, or rotavirus gastroenteritis.

The parasite rapidly multiplies in the body and causes disruption of the digestive tract. A great danger, especially for children, is dehydration.

Infection occurs from a sick person or carrier infection. The ingestion takes place through the mouth together with food, water. It should be noted that rotavirus is sufficiently resistant to environmental factors, so the seasonality of the disease is noted.

Causes of rotavirus and poisoning of

Before looking for a difference between rotavirus and poisoning, one should understand the causes of their occurrence.

Poisoning, as a rule, develops through the fault of microorganisms that enter our body along with food. Their intensive development provokes improper storage, violation of transportation conditions, non-observance of personal hygiene. Most often, the environment for active propagation of pathogens becomes products that are not subjected to heat treatment before consumption, for example, sausages, cheeses, semi-finished products.

But rotavirus penetrates the body from a sick person. He begins to multiply intensively in the intestine, comes out from the first days with feces. It should be noted that immunity from the virus does not suffer, repeated cases are rare.

All the insidiousness of the virus lies in the fact that an infected person may not even suspect about its existence in the body, because it can manifest itself with a slight malaise and a single diarrhea.

To determine the difference between rotavirus and poisoning, it is necessary to study the symptoms of pathologies.

Penetrating into the gastrointestinal tract, rotavirus rapidly multiplies and in a short period of time can cause severe dehydration. Even on the external appearance of a person it is noticeable:

One day for the virus is enough that a person significantly lost weight. Rotavirus in adults may exhibit the following symptoms:

Often the symptoms disappear after about a week.

Symptoms of food poisoning in adults can be divided into several groups.

2. Symptoms of intoxication of the body:

As a rule, the symptoms of food poisoning in adults go through a couple of days. If signs of dehydration are pronounced, it is necessary to see the doctor, because appropriate treatment may be required.

If there is a question, how to distinguish poisoning from rotavirus, then you should know that the first arises suddenly and develops quickly. As a rule, poisoning can be associated with eating certain foods or dishes. If there was a joint meal with someone, then there may be similar symptoms at once for several people.

How to distinguish poisoning from rotavirus

We examined the symptoms of pathologies, and several criteria can be singled out:

Rotavirus or poisoning? You can answer by looking at the person: with a virus infection you can see reddened eyes and a throat, there is a cough, and when there is no such poison.

Of course, it is very difficult for an uninformed person in such matters to answer the question of how to distinguish poisoning from rotavirus, therefore, at the first signs of any disease it is better to consult a doctor.

Despite the fact that poisoning and rotavirus infection can have a similar manifestation, but the reasons( and, hence, the treatment) are different. At the first signs, for example, nausea, vomiting and diarrhea, the majority rush to take antibiotics, antidiarrheal medications, and this only smoothes the picture, and it will be more difficult for the doctor to make the correct diagnosis.

Treatment of rotavirus infection is usually carried out according to the following scheme:

If it is correctly identified - rotavirus or poisoning in an adult, such treatment will quickly yield positive results.

Nutrition - an integral part of the treatment

Not only medical therapy will help to cope with rotavirus, it is important to follow some recommendations in nutrition:

Even after the body managed to cope with the infection, the doctor usually recommends some time to comply with these recommendations.

How can I protect myself from rotavirus?

Disease is easier to prevent than to treat later. With rotavirus, this is, of course, difficult, but possible. It is important to observe the following recommendations:

The doctor will tell you how to disinfect the room where the sick person was.

Usually poisoning that happens in the home does not apply to serious illnesses. Even if nothing is done, the symptoms go away after 2-3 days. Therapy is aimed at:

If the poisoning has serious symptoms, accompanied by severe vomiting, diarrhea, fever, it is necessary to consult a doctor for the appropriate treatment.

How to distinguish poisoning from rotavirus, we have already dismantled, so it should be obvious that a viral infection requires a more serious attitude and prolonged therapy.

To avoid food poisoning, it is important to follow some recommendations:

It is always easier to prevent the development of the disease than to treat it later. Quite often, when we go to another country or even to the sea, many people observe acclimatization. Poisoning or rotavirus can lie in wait here. The body gets used to new conditions, dishes and can rebel with the manifestation of various symptoms that resemble food poisoning or a viral infection.

This is why during long trips it is very important to comply with all standards of sanitation and personal hygiene. It is necessary to be able to distinguish between these two pathologies. If it's difficult to do this on your own, you'll have to remember about the doctors on vacation.