Anise oil is my assistant

Anise oil was still known in ancient Egypt and Greece. Their inhabitants used it both in cooking and in medicine. Empirical observations of medieval doctors were confirmed in later studies. It was proved that the invigorating aroma of anise oil is not only very pleasant, but also has a set of useful properties.

Anise essential oil is derived from a herbaceous plant that belongs to the celery family. It takes about 50 kg of seeds to make one liter of oil. It consists mainly of anethole and methylhavicol, besides it contains anis-ketone, camphene, 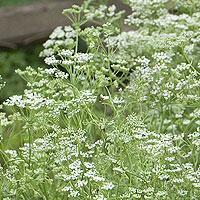 Application of an anise

Distinctive spicy aromatic properties have both anise fruits and anise oil itself. Application they found in bakery, confectionery, perfume, medicine. Fruits are often used as spices: they have a light aroma, which is adopted and manufactured products. Most often, anise is used in the preparation of soups, spinach, porridges, sweet dishes.

Anise oil is widely used in both traditional and alternative medicine. Do not do without it and treatment for colds. Essential oil facilitates breathing and has an anti-inflammatory effect. Moreover, it can prove to be indispensable for coughing, since it has a mild expectorant effect due to the anethole entering into its composition. Oil vapors have a curative effect in case of problems with bronchi, lungs, throat. They dilute sputum and improve its retreat. 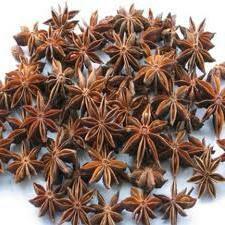 Fruits of anise are an integral component of laxative and breastfeeding, are used for diseases of both kidney and liver. In alternative medicine, they are used as a sweatshop, as well as for women's diseases. Anise oil is also used to repel mosquitoes.

Ways of using an anise

For bronchopulmonary diseases, infusion of its fruits is used: 1-2 teaspoons per glass of steep boiling water. Then you should let it brew for 15 minutes.

To prepare the broth, four teaspoons of fruit should be poured into 200 ml of water and cook for 6 minutes. The filtered broth should be taken 2 tablespoons three times a day.

Anise oil is also suitable for oral administration. In this case, 3-4 drops drop on a piece of sugar and take three times 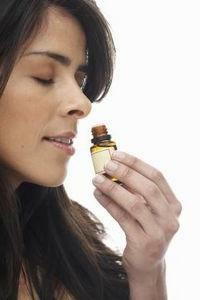 An aniseed seed( powder), mixed in a 1: 1 ratio with white chamois powder, is an ointment. Two parts of animal oil are added to the combined powder. Then this mixture can lubricate hair with pediculosis.

The therapeutic effect of the use of essential oil is enhanced in the sauna / bath, because the expansion of pores under the influence of high temperatures. This facilitates the rapid penetration of oil vapors into the skin.

However, it should be remembered that anise oil should not be applied to damaged and inflamed skin, and also prone to allergic reactions, as the consequence of its use may be the appearance of dermatitis. Moreover, when taken in high doses of anise oil, it can provoke stomach irritation and dizziness. Therefore, do not exceed recommended doses.