Our feet - this is the body that daily does a tremendous job, is experiencing a huge load and does not attract the excessive attention of the owner. But if the feet begin to ache and deform, then the entire body suffers, because in this case, simple walking causes discomfort. In addition, deformities of the feet lead to impaired posture and back problems due to an incorrect distribution of the load on the spine. In modern conditions, there is a huge number of different deformities of the feet. Learn more about this disease, as equinovarus deformation, or horse foot, will help our article. 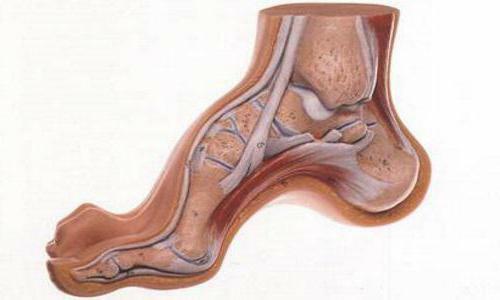 What is the deformation of

This disease is characterized by a pathological condition of the muscular or bone tissue, in which the person's foot is excessively arched forward, giving the impression that the person wants to stand on the sock.

Depending on the severity of the disease, the horse's foot may be more or less pronounced. In mild cases, deformation can manifest itself in excessive mobility of this part of the foot: a person can easily pull out a sock and in a relaxed state the leg remains in this position.

Severe degree of the disease leads to a constant elongated position of the foot, it becomes impossible to put it perpendicular to the leg, which means that it is impossible to walk normally. Because of the similarity of the single-point support with a similar deformation to the horse's hoof, the disease received the popular name "horse's foot."The photo shows what the leg looks like with such a disease. 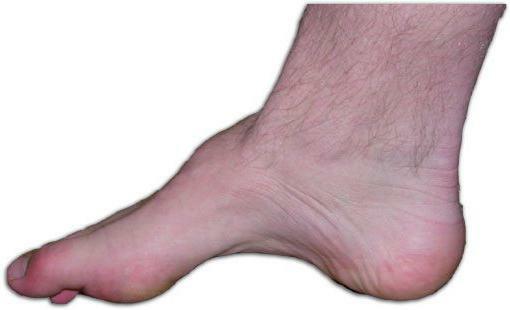 What leads to the development of the disease

A similar deformity can affect one or two legs at a time. The disease can be acquired, acquired as a result of trauma or concomitant illness or congenital, especially if the family has relatives diagnosed with a "horse stop".The causes of this disease are conventionally divided into two main groups:

In the first case, the strain of the calf becomes an exaggerated calf muscle, as well as an Achilles tendon. This group of muscles, as it were, "pulls" the leg along the posterior surface of the leg and lowers the toe down.

A human foot can develop as a result of surgery or trauma if the shin muscle group has been damaged and can not function properly.

When there are problems on the part of the bones, the situation can be complicated by the presence of a tumor or inflamed joints on the foot. In this case, the neoplasm or enlarged joint deforms it, redistributes the load on the fingers, as a result of which the horse foot syndrome is formed.

What can trigger the development of deformation

There are a number of factors that can lead to the development of the described disease. Among them, experts identify the main: 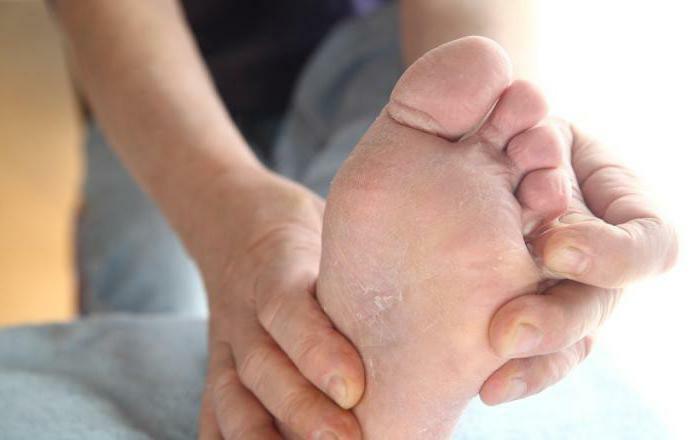 Diagnostics of the deformities of the feet

The treatment of the described problem is handled by a narrow specialist called a podiatrist. If there is no way to get to this particular doctor, you can go to the orthopedist.

In order to confirm the diagnosis of the "horse stop", the specialist conducts a visual inspection and assigns the necessary studies.

On a visual examination, the doctor assesses the degree of deformity: he can ask the patient to move the foot, make circular movements in the standing and sitting position, when the leg is bent at the knee. Thus, you can see at what level the patient can lift his foot against the heel.

Also, a specialist can evaluate the strength of the ankle muscles: for this he presses on the toes of the patient and asks for resistance. Such simple manipulations allow you to determine the diagnosis and extent of the progress of the disease.

To confirm the visual inspection established by the patient, additional examinations such as X-rays and MRI can be offered to the patient, on the basis of which the final diagnosis of the "horse foot" is made. Treatment specialist selects, depending on the cause and severity of the course of the disease. 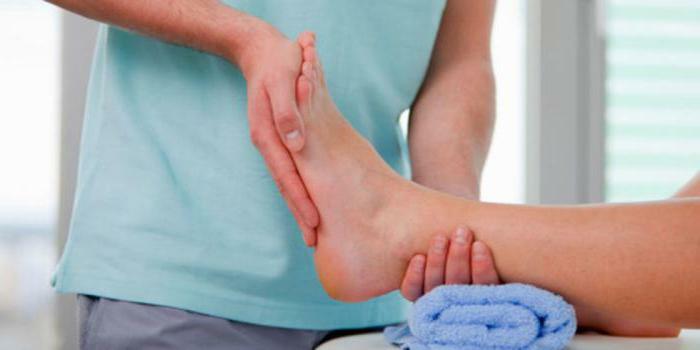 The main directions of treatment

The deformity of the feet is difficult to treat. Very important is the timely application for a consultation with a specialist. The earlier the stage of the disease appears when treatment, the more effective the treatment will be. It includes several main areas: 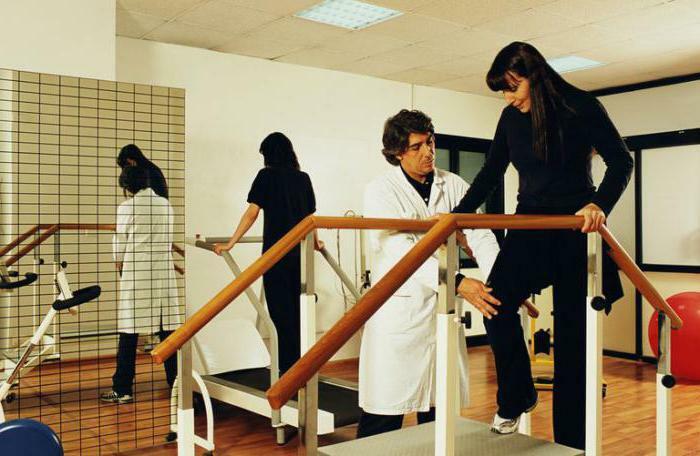 The horse's foot is very hard to correct. In this case, the disease often affects children who have a musculoskeletal system only being formed, because of what it experiences an additional burden.

An alternative method for the treatment of a similar deformation, called the Ponseti method, is well proven. It shows high effectiveness, especially when used in children and adolescents.

This technique involves the use of casts, which are imposed in a certain way. After a certain time, the dressing changes, and with it the position of the foot changes, which it fixes. Alternating plaster bandages according to the scheme developed by a specialist individually for each patient, you can achieve excellent results in a relatively short period of time. 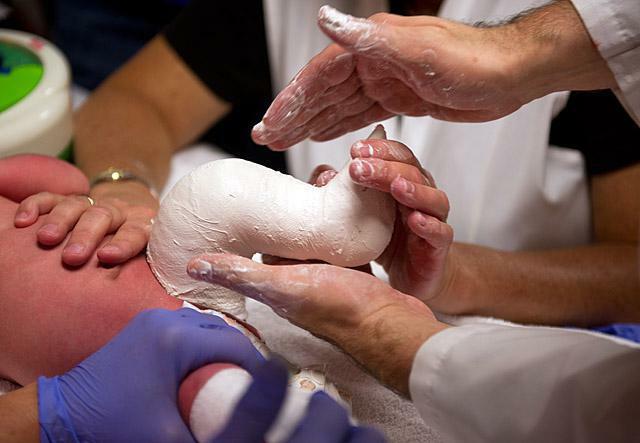 An extensive amount of traditional medicine can offer a medicine for every diagnosis and case of life. The horse's foot is not an exception.

The folk healers offer the mentioned problem at home to treat decoctions of herbs, mud baths and compresses, as well as hydrogen sulphide baths. But in the case of foot deformation, folk medicine can only do harm. Cure with it does not work out - the problem lies in the muscles and bones with which you need to work daily and carefully, and do not apply compresses to them.

The harm from using such a means is, first of all, in the loss of time: instead of trying to restore the foot to the foot normally, you need to urgently run to a specialist for massage and physiotherapy.

If there are signs of horse foot or other deformities - self-medication and folk medicine is not to be trusted, a specialist consultation is needed. 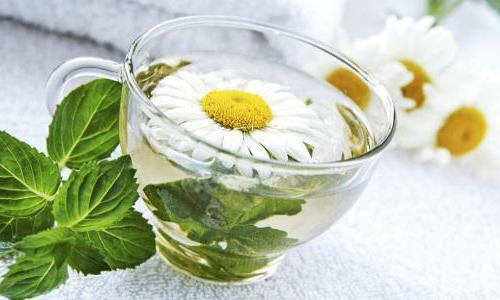 Is there any prevention?

In order for the feet to be healthy, look and feel good, you must follow certain rules:

Such measures will not only maintain the health of the described part of the leg at a high level, but also in time to notice the first signs of malfunctions. If there are first difficulties in performing general restorative exercises - this is an occasion to visit an orthopedist or a podiatrist.

The state of health of feet and feet should not be underestimated, because they are daily carrying a heavy load with the slightest of our movement. Maintaining their health every day with comfortable shoes and simple exercises, you can avoid various deformations not only the feet and joints of the legs, but also the spine. This will allow you to have healthy, beautiful legs and a beautiful posture.