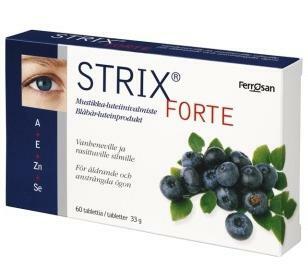 The drug "Strix Forte" is a multivitamin complex, which is an additional source of vitamins, plant antioxidants and minerals. It is specially designed to meet the basic needs of a modern lifestyle. The use of this drug has a pronounced antioxidant and immunomodulatory effect on the human body. In addition, this drug effectively counteracts the effect of so-called free radicals and stimulates visual acuity, reduces eye fatigue due to prolonged exercise, and also normalizes color perception and slows down the aging processes occurring in the tissues of the eye. In addition, it should be noted that the multivitamin complex "Strix Forte", the price of which is about 450-500 rubles, excellently prevents the development of cataracts.

This retinoprotective drug is produced in the form of tablets of dark blue color. Each dragee contains 102.61 mg of blueberry extract, 7.5 mg of zinc, 5 mg of vitamin E, 3 mg of lutein, 400 μg of vitamin A and 25 μg of selenium. 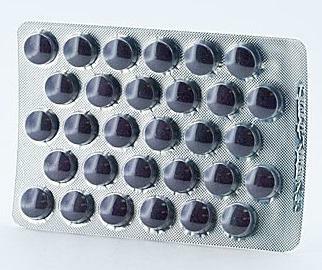 Experts generally recommend the use of the Strix Forte tablets as a source of lutein, anthocyanosides, minerals and vitamins as part of a complex therapy for a variety of eye diseases. For example, this retinoprotective agent is indicated for use in glaucoma and cataracts. In addition, the multivitamin preparation "Strix Forte" is excellent for removing or reducing visual fatigue.

Take this retinoprotective agent every day for one or two tablets. Doing this is desirable during meals. In this case, the duration of the use of multivitamin preparation "Strix Forte" should be at least one month. 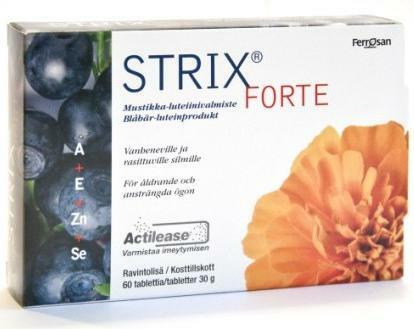 Regarding the main contraindications to the appointment of this retinoprotective complex, it should first of all be said that this remedy should not be taken to people suffering from an allergic reaction to any of the active components presented in the composition. Also does not advise to prescribe the drug "Strix Forte" instruction in case of hypersensitivity to one of the auxiliary substances. In addition, women who carry the child should refrain from using these tablets. In this case, before taking the drug directly, you should always consult a gynecologist. And, finally, you can not take this multivitamin complex to people under the age of fourteen, and mothers breastfeeding.

In addition, using the "Strix Forte" preparation, one should always remember about the risk of undesirable side reactions. So, for example, in certain categories of people this complex can provoke the appearance of skin rash, angioedema or itching.