Osteosynthesis - what is it? Surgical repositioning of bone fragments with the help of various fixing structures

The combination of broken bones with the help of surgery allowed to accelerate both the treatment process and rehabilitation of patients with complex fractures. For the first time such a procedure as osteosynthesis of bones was carried out in the 19th century, but because of the appearance of very serious complications of a purulent nature, doctors were forced to stop doing it. Resumed attempts after introduction into the practice of treatment of antiseptics and asepsis.

Many patients with complex fractures are offered to perform osteosynthesis. What it is? This is the connection of bone fragments with the help of surgery. It is usually prescribed for the treatment of complex joints, incorrectly fused or fresh uncombined fractures. With the help of osteosynthesis there is fixation of the juxtaposed fragments. Thus, ideal conditions are created for their adhesion, as well as restoring the integrity of the limb. 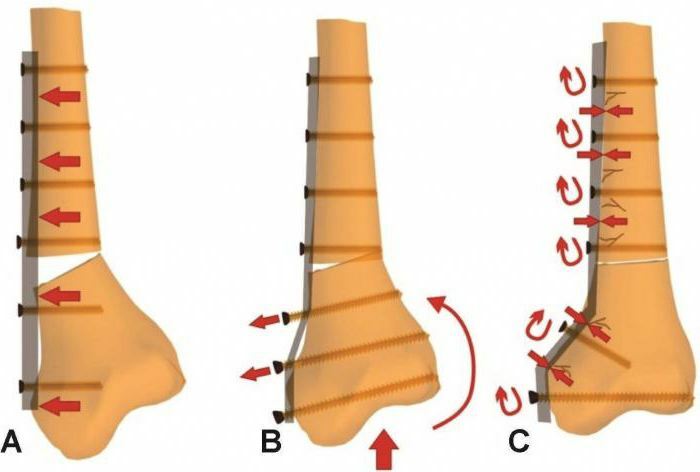 There are two main types of osteosynthesis:

There is also ultrasonic osteosynthesis. What it is? This is a combination of small bone fragments.

Operations are performed with the help of different fixatives. For piercing intraosseous osteosynthesis, nails and pins are used, for the bone - plate with screws, for transosseous - knitting needles and screws. These fixatives are made of chemically, biologically and physically neutral materials. Mainly used are metal structures made of vitallium, stainless steel, titanium, much less often - from inert plastics and bone. Fixators made of metal, after the fracture has grown, are usually removed. The Ilizarov apparatus on the leg is used for external osteosynthesis. Thanks to him, bone fragments are fixed after the comparison. Patients can normally move with full load. 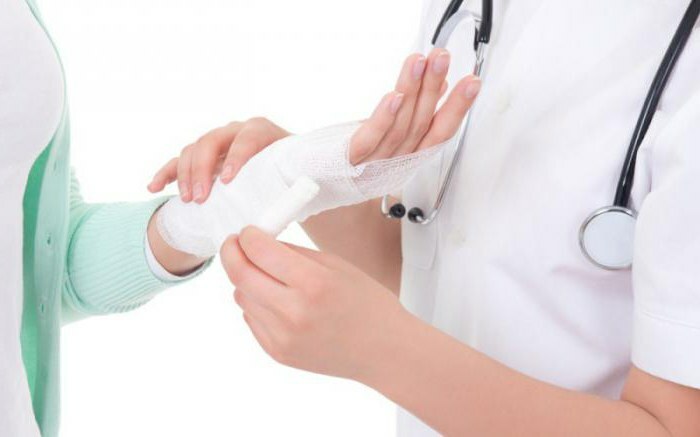 The operation of osteosynthesis is shown as the main restoration technique for:

Surgery is not recommended for the following conditions: 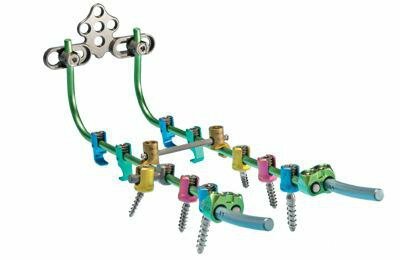 Plates that are used during the operation are made of different metals. The best recognized titanium plates, because this material has an interesting feature: in the air on it immediately forms a film, which in no way will not interact with the tissues of the body. In this case, you can not be afraid of the development of metallosis. That is why many such plates are not removed, but left for life.

Another name for the operation is intramedullary osteosynthesis. It can be open and closed. In the first case, the fracture zone is exposed, after which the fragments are compared, and a mechanical rod is inserted into the bone marrow canal of the damaged bone. Open osteosynthesis does not require the use of special equipment for connecting fragments, this technique is much easier and more accessible than a closed operation. However, in this case, the risk of infection of soft tissue increases.

Closed intramedullary osteosynthesis is characterized by the fact that the fragments are compared, then make a small incision away from the fracture site. Under X-ray control, a rather long metal hollow rod of the appropriate diameter is inserted into the medullary canal of the damaged bone through the conductor through a special device using a special device. After this, the conductor is removed and the wound is sutured.

What is it? This method of connecting bone fragments is used for various fractures( comminuted, helical, circumarticular, oblique, transverse, intraarticular), regardless of the bend and shape of the medullary canal. The retainers that are used for such operations are presented in the form of plates of different thickness and shape that are connected to the bone with screws. Many modern plates have special rendezvous devices, including removable and non-removable. After the procedure, a plaster bandage is often applied. 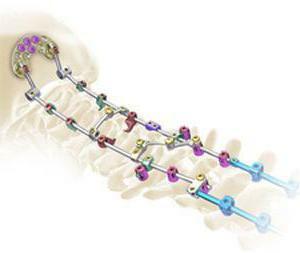 In helical and oblique fractures, osteosynthesis is usually performed using metal bands and wires, as well as special rings and semirings made of stainless steel. This method of connecting the bone, especially wire, is rarely used as an independent one because of not too strong fixation and often serves as a complement to other types of osteosynthesis.

Soft suture material( silk, catgut, lavsan) is rarely used for this operation, because such strands are not able to withstand muscular traction and displacement of fragments.

Such surgical repositioning is carried out with the help of bolts, screws, spokes, these locks being conducted in an oblique or transverse direction through the bone walls at the site of injury. A special kind of transosseous osteosynthesis is the bone suture - this is when the canals are drilled in the fragments and ligatures( catgut, silk, wire) are carried through them, which are then tightened and tied. The bone seam is used for fractures of the elbow or patella. Transosseous osteosynthesis involves the imposition of a plaster bandage.

Such repositioning is carried out with the help of special apparatuses( Ilizarov, Volkova-Oganesyan apparatuses).This allows you to compare the fragments without exposing the site of the fracture and firmly fix them. Such a technique is performed without the application of gypsum, and Ilizarov's apparatus on the leg allows the patient to walk with full load. 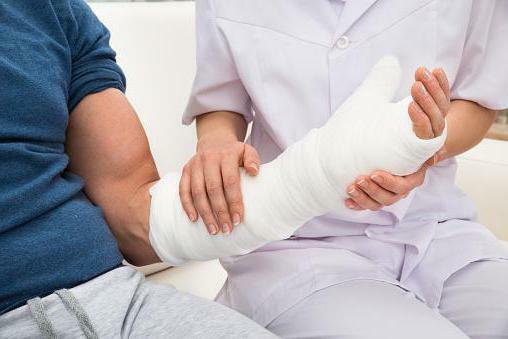 Serious complications can occur after the operation. To them results:

Such complications contribute to improper fusion of the fracture, its suppuration or complete non-infestation.

As long massive plates are used for submerged bone osteosynthesis, and for this bone is expelled over a large extent, its blood supply is often disturbed, which leads to a slow fusion. After removing the screws, there are numerous holes that weaken the bone.

So, we disassembled such a technique as osteosynthesis. What it is? This is the most modern way of connecting bone fragments after a fracture. Thanks to him, the process of treatment and rehabilitation of patients is significantly accelerated. Osteosynthesis is carried out with the help of various fixatives. The strongest are titanium plates, which can not even be removed.