What is the WFD in gynecology?

Gynecology uses a variety of methods to diagnose a patient's condition. Some studies are carried out quickly and painlessly. For example, ultrasound. Others require the use of anesthesia and hospital stay( laparoscopy).Today's article will tell you about what the WFD is in gynecology. You will learn about the peculiarities of this manipulation and the testimony to its conduct. 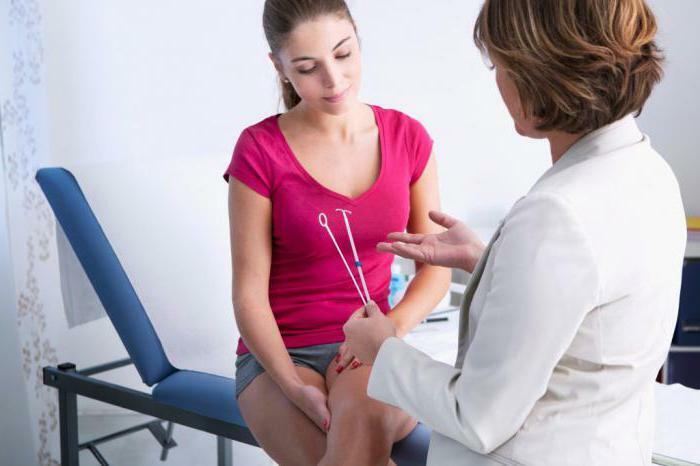 What is hysteroscopy and WFD in gynecology? These are two diagnostic manipulations that are combined with each other. Let us analyze them in detail. The decoding of the WFD in gynecology reads as follows: "Separate diagnostic curettage".This procedure is necessary to confirm or deny an existing diagnosis. The doctor appoints her in the case when he himself is not sure or can not confirm his verdict in other ways. It is worth noting that the WFD in gynecology allows you to put a 100% reliable result. While other methods of diagnosis can not give this accuracy.

Hysteroscopy is a test that is performed using a special magnifying device. It's called a hysteroscope. Diagnosis allows you to examine the uterine cavity and, if necessary, perform medical manipulations: remove polyps, take a biopsy and so on. The study is conducted exclusively in the hospital. The combination of hysteroscopy and WFD in gynecology has given the specialists great opportunities for examining the patient and further prescribing the right therapy. 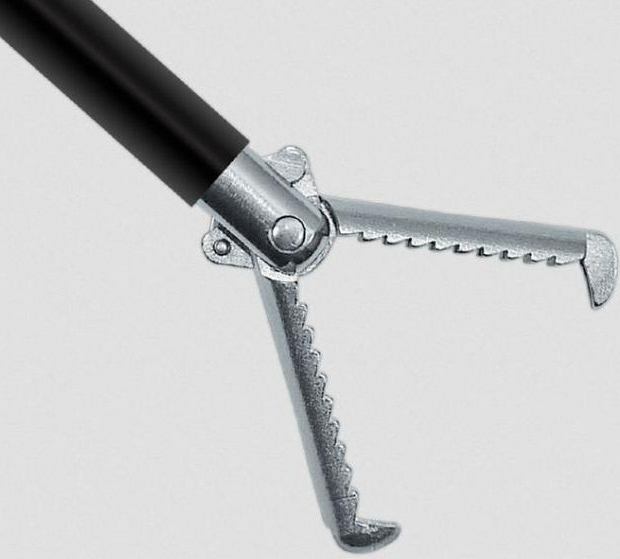 When a study is needed: indications

Separate diagnostic curettage is provided in the following situations:

If the doctor assumes you have these diseases, then he will give you a referral to the WFD.In gynecology, a free diagnosis is provided for women according to indications. Also, manipulation is carried out in private clinics. But such medical institutions provide a fee for the provision of their services.

Contraindications to manipulation of

Some women are banned from this diagnosis. Consider the conditions under which the procedure should be abandoned:

Some sources indicate that the WFD is unacceptable for advanced cervical cancer. However, this condition is doubtful. After all, the indication for the operation is an oncological lesion of the cervix and the cervical canal. Therefore, in each case, the possibility of the procedure should be determined by the doctor. 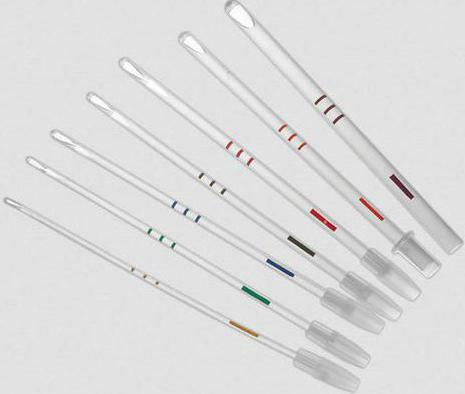 Before the procedure, the patient must undergo a checkup. A woman needs to donate blood for coagulation. The presence of antibodies to HIV, syphilis, STDs is determined. Also the gynecologist will take a swab from the vagina, the study of which will show the state of the microflora. A woman before the WFD needs to have a cardiogram, a fluorography, and a visit to the therapist. If you are allergic to any medications, then be sure to inform the doctor. Manipulation provides for preliminary hygiene procedures. The patient needs to wash and shave. Going to the hospital, take with you a change of linen, sanitary napkins and documents. On the procedure of WFD( in gynecology), reviews say that manipulation is always performed under general anesthesia. Specialists prefer general anesthesia: intravenous. In this case, the patient sleeps and does not feel anything. Therefore, can not interfere with the work of doctors. If such anesthesia is impossible( for example, if there is an allergy), then the woman is simply cuffed by the cervix with anesthetics. Then the following actions are performed:

Separate diagnostic curettage has its name for the reason that the material is first collected from the cervical canal, and then from the uterine cavity. The procedure is performed 2-3 days before or immediately after menstruation. During menstruation: opinion of some doctors

There are gynecologists who prefer to perform manipulation during bleeding. They talk about the procedure of the WFD( in gynecology), that these are the same period, only artificial. The operation performed in this part of the cycle can reduce the risk of severe bleeding and complications. When curettage separates only the surface of the mucosa, which increases during the month. The basal layer responsible for new cells is not affected. Nevertheless, carrying out the WFD during menstruation has its risks.

The manipulation is no more than 20 minutes. After this, the woman is transported to the ward, where she departs from anesthesia. At this time, the patient is closely monitored. Usually during the day a woman remains in the hospital, where she receives antimicrobial therapy. In the absence of contraindications and complications, the discharge is carried out the next day. However, after 7-10 days a woman should return to the clinic and undergo an additional examination. It includes gynecological examination, ultrasound diagnosis. The doctor assesses the condition of the mucous membrane and finds out how its healing proceeds. 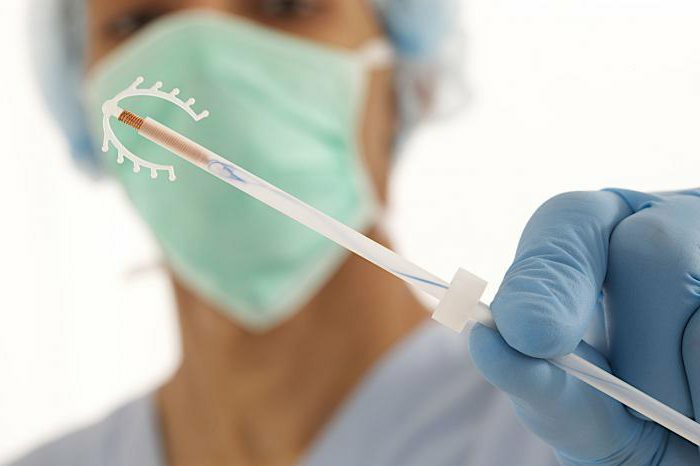 Has the WFD( in gynecology) consequences. But they are rare. Much depends on the skills of the doctor, the possibilities of the clinic and the modernity of the equipment. Among the complications can be identified such conditions:

Almost all the complications described have their own symptoms. This increase in body temperature, pain in the abdominal cavity, discharge from the genital tract with an unpleasant odor. Contact the doctor if you find any. 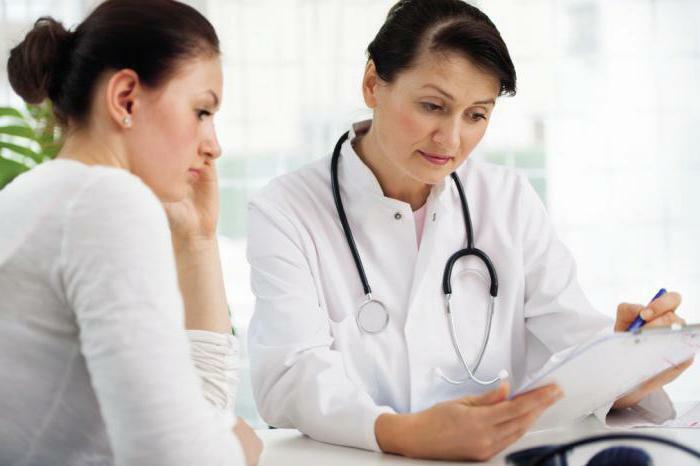 After separate curettage, the resulting material is placed in sterile containers. In this condition, he is sent for histological examination. In the laboratory, specialists color cells in different colors, and then determine their reaction. The result of the diagnosis is ready 10-14 days after the WFD.You can get a conclusion from the doctor who performed the manipulation, or your gynecologist. After this, you must definitely go to another appointment with a doctor. The specialist will tell you about the values ​​entered in the form.

The rest of the tactic is determined in accordance with the received data. Therapy is completely dependent on the result of the operation. If polyps, myoma, cysts are found, then hormonal correction is prescribed. Sometimes surgical intervention is required. Endometritis and inflammatory processes include the provision of antibiotic therapy with the use of immunomodulators and vitamin complexes. The tactics of treatment are chosen in accordance with the age of the patient and the desire to have children in the future. 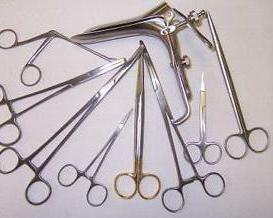 , you learned about the procedure of WFD in gynecology. What is it, the photo of the operation, the testimony for its conduct - everything is described in the article. Such manipulation is always planned, it has its limitations. If you are assigned a separate curettage, then do not give up and get scared. Because only so you can know exactly about your health. The results reflect the condition of the mucous cervical canal and the health of the childbearing organ. Manipulation allows you to assess the performance of the reproductive system and the hormonal background as a whole. Good luck to you and good results!