When you have diabetes, controlling your blood glucose is a vital action. Portable glucometers allow diabetics to lead a normal lifestyle, engage in daily activities, work and at the same time avoid the consequences of the disease. Timely monitoring of the indicators can provide the "Satellite Express" meter, the feedback about which indicates the availability of the device in comparison with acceptable accuracy.

What is a glucometer and what are they?

A glucometer is a device that determines the concentration of glucose in the blood. The received indicators allow to prevent a life-threatening condition. That's why it's so important that the device is accurate enough. After all, self-monitoring indicators is an integral part of the life of a diabetic. 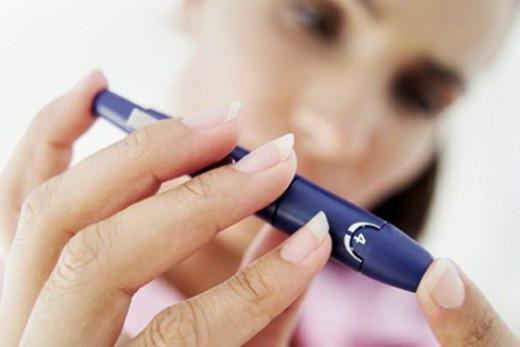 Portable glucometers from different manufacturers can be calibrated for plasma or whole blood. Therefore, one can not compare the readings of one device with another to check their accuracy. The accuracy of the device can be determined only by comparing the results with laboratory tests.

To get the material, the glucometers use test strips that are manufactured individually for each model of the device. This means that the "Satellite Express" meter will work only with the strips that are issued for this device. For blood sampling it is convenient to use a special piercing pen, into which disposable lancets are inserted.

Briefly about the manufacturer 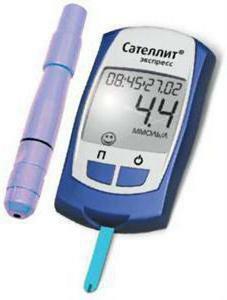 The Russian company Elta has been producing portable glucometers since 1993 under the trademark "Satellite".

Glucometer "Satellite Express", reviews of which it represents as an affordable and reliable device, is one of the modern devices for measuring blood glucose level. The developers of the company Elta took into account the shortcomings of past models - "Satellite" and Satellite Plus "- and excluded them from the new device. This allowed the company to become a leader in the Russian market of self-monitoring devices, to bring its products to the shelves of foreign pharmacies and stores. During this time, she developed and released several models of express meters of glucose in the blood.

The satellite meter "Satellite Express PKG 03" includes everything you need for measuring. The standard equipment from the manufacturer includes:

Convenient case allows you to always take everything you need for express measurement with you. The proposed number of lancets and test strips is enough to assess the performance of the device. A convenient piercing device makes it virtually painless to obtain the amount of blood necessary for measurement. Included batteries are enough for 5000 measurements.

The satellite meter "Satellite Express PKG 03", the instruction to which is enclosed in the box with the device, performs measurements on the electrochemical principle. To carry out the measurement, a drop of blood of 1 μg is sufficient. 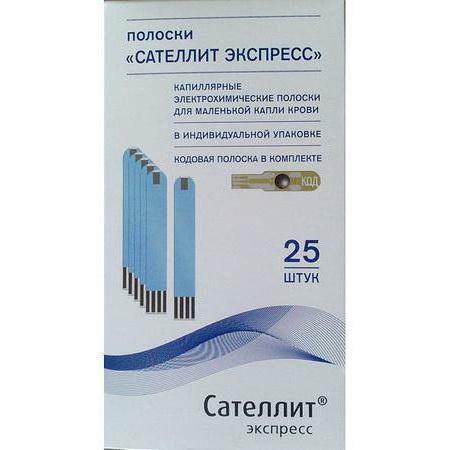 The measurement range is in the range of 0,6-35 mmol / liter, which allows to take into account both the lowered values ​​and the significantly increased ones. The device is calibrated for whole blood. The memory of the device is capable of storing up to sixty last measurements.

The measurement time is 7 seconds. This refers to the time that elapses from the time of blood sampling to the delivery of the result. The device operates normally at temperatures from +15 to +35 ° C.Keep it at a temperature of -10 to +30 ° C.When stored in a temperature mode that is outside the permissible range, it is necessary to allow the apparatus to lie down for 30 minutes at specified operating temperatures before operation.

Advantages over other glucometers

The main advantage of this model of the meter in front of the devices of other companies is its availability and relatively low cost of accessories. That is, disposable lancets and test strips have a significantly lower price compared to components for imported devices. Also positive is the long-term guarantee, which Elta company provides for the "Satellite Express" glucometer. Customer feedback confirms that accessibility and guarantee are the main criterion of choice.

Ease of use is also a positive feature in the instrument. Due to the simple measurement process, this device is suitable for a wide population, including elderly people, who are more likely to have diabetes.

How to use the meter?

Before operating any device, please read the instructions. There is no exception and the meter "Satellite Express".The instruction for use, which is attached to it by the manufacturer, contains a clear scheme of actions, the observance of which will help to successfully carry out the measurement on the first attempt. After a closer look at it, you can start working with the device. 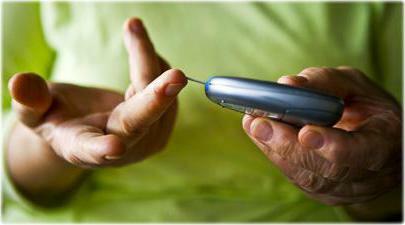 After switching on the device, you need to insert a code strip. The screen should display a three-digit code. This code must necessarily match the code shown on the test strip package. Otherwise, you should contact the service center, as the results of the operation of such a device may be erroneous.

Next, you need to remove a part of the package from the prepared test strip, which is covered by the contacts. Insert the strip with the contacts into the socket of the meter and only then remove the remainder of the package. The code will appear on the screen again, which is the same as indicated on the package from the strips. Also, an icon with a flashing drop should appear, indicating that the device is ready for use.

A disposable lancet is inserted into the piercer and a drop of blood is squeezed out. She needs to touch the open part of the test strip, which will absorb the amount needed for the analysis. After the droplet hits the device, the device emits a beep and the drop icon stops blinking. After seven seconds, the display will show the result. After finishing the work with the device, you need to remove the used strip and turn off the "Satellite Express" meter. The technical characteristics of the device indicate that in its memory the result remains and it will be possible to view it later.

Recommendations to the user

If the results given by the device cause doubt, it is necessary to visit the doctor and take the laboratory tests, and take the meter for examination to the service center. All lancets for the piercer are disposable and reusing them can result in data corruption. 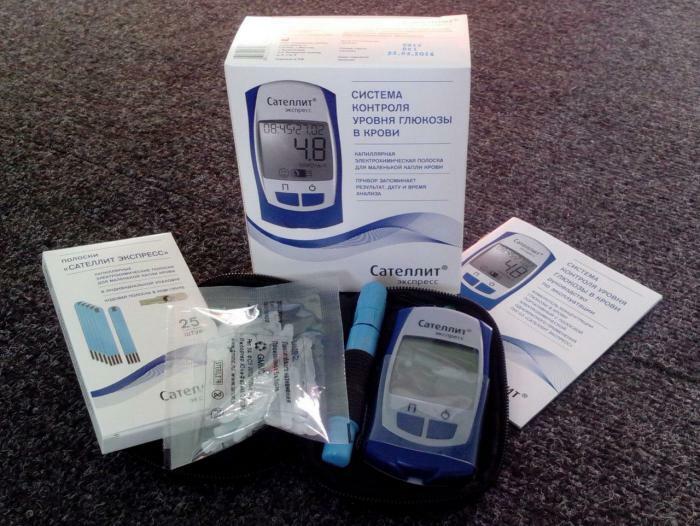 Before carrying out the analysis and piercing your finger, you should thoroughly wash it, preferably with soap, and wipe it dry. Before removing the test strip, you should pay attention to the integrity of its packaging. If dust or other microparticles get on the strip, the readings may be inaccurate.

The resulting data is not the basis for changing the treatment program. The given results serve only for self-control and timely detection of abnormalities. The received indications should be confirmed by laboratory researches. That is, after receiving the results that require confirmation, you need to see a doctor and go through a laboratory test.

Who is this model for?

The Satellite Satellite Express Glucometer is suitable for individual home use. It can also be used in clinical settings where it is not possible to conduct laboratory tests. For example, employees of the rescue service during the operations.

Thanks to its ease of use, this device is ideal for elderly people. Also, such a meter can be included in the first aid kit, intended for office staff, along with a thermometer and a tonometer. Care for the health of employees is often a priority in the company's policy.

Are there any disadvantages?

Like many other devices, the meter "Satellite Express PKG 03" also has its drawbacks. 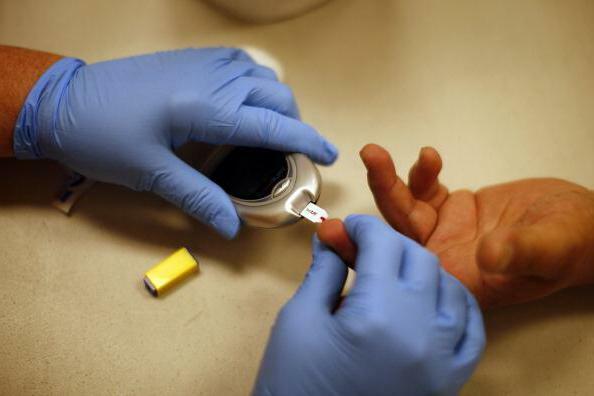 For example, many note that the instrument often has a large error in the reading than it is stated in the technical specifications. This defect is eliminated by conducting an examination of the device at the service center, where you need to contact if you have questionable results.

Also noted is the fact that in the test strips to the instrument a large percentage of rejects. The manufacturer recommends that you purchase accessories for the meter only in specialized stores and pharmacies that work directly with the supplier. Also it is necessary to provide such conditions of storage of strips that their packing remained integral. Otherwise, the results can indeed be distorted.

device The satellite meter "Satellite Express PKG 03", which reviews first of all its availability, has a low cost in comparison with imported devices. Its price for today is about 1300 rubles.

It is also worth noting that the test strips for this model of the meter are much cheaper than similar strips for instruments of other firms. Low cost combined with acceptable quality makes this model a glucometer one of the most popular among people suffering from diabetes mellitus.

Restrictions on the use of the

When can I not use the Satellite Express? The instructions to the device contain several items that indicate when the use of this meter is unacceptable or impractical. 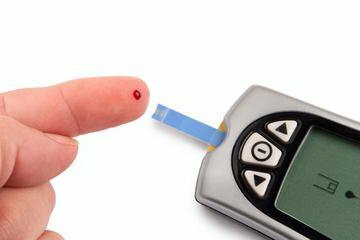 Since the instrument is calibrated for whole blood, it is not possible to determine the level of glucose in venous blood or serum. Preliminary storage of blood for analysis is also inadmissible. For the study is suitable only freshly collected blood drop, obtained immediately before the test with a piercer with a disposable lancet.

It is impossible to carry out analysis in such pathologies as blood thickening, as well as in the presence of infections, extensive swelling and tumors of a malignant nature. Also, do not perform an analysis after taking ascorbic acid in an amount exceeding 1 gram, which leads to the appearance of overestimated indicators.

Feedback on the operation of the

device The "Satellite Satellite" glucometer, which is very diverse, is very popular among diabetics due to its simplicity and accessibility. Many people say that the device quite successfully copes with the task in hand, while observing all the steps specified in the instruction manual and recommendations for the user.

This device is used both at home and in the field. For example, on fishing or hunting, you can also use the "Satellite Express PKG 03" meter. Reviews of hunters, fishermen and other active people say that the device is suitable for rapid analysis, not distracting from your favorite occupation. It is these criteria that are decisive when choosing a glucometer model.

With proper storage, observance of all rules of use not only of the device, but also accessories to it, this glucometer is quite suitable for daily individual monitoring of blood sugar concentration.