What is ephedra horsetail? What does this plant look like, where does it grow and for what purpose it is used? Answers to all these questions you will find in the materials of the article.

Ephedra horsetail is a special kind of shrub that belongs to the genus Hvoynik and the family of the Conifers, or Ephedra. It should be noted that this plant has other names: horsetail tweezers, mountain ephedra.

As mentioned above, the plant under consideration is a perennial and densely branched shrub whose height can reach 1-1.5 meters. Its root is rather thick, branchy and long. The stem of this plant is single( it can be among several).It is also thick, rusty, from the base, branched and gray.

The branches of the bush are pointed upwards. They are straight, articulate, with internodes up to 2 cm, smooth, protruding, diameter up to 1.5-2 mm, green, and also finely grooved.

Ephedra horsetail has flaky and opposite leaves, which are fused at the base. At the top they are short-triangular, devoid of chlorophyll and reduced to the vagina. Chloroplasts are found only in the cells of the bark of non-woody and young stems.

Male spikelets of this plant are single or in two or three. They reach a length of 4-5 mm. Such leaves are bored and located along the branches.

The outer bracts of the bush are round-oval in shape. They are dull, thin. Anthers, six to eight in number, are very rare and almost sessile. 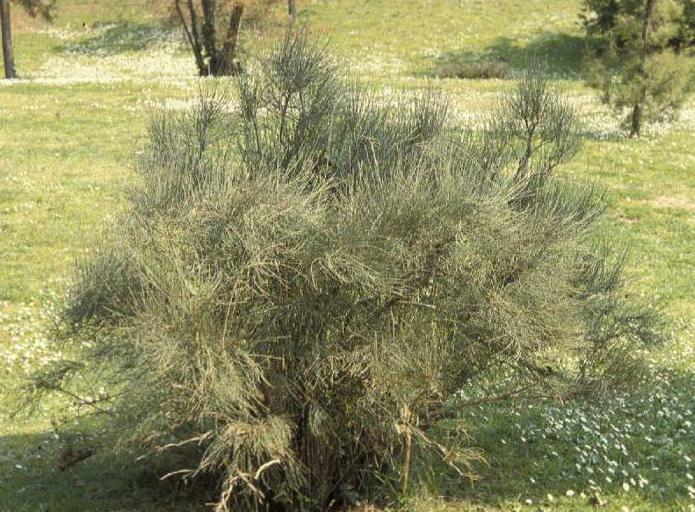 Female spikelets of this plant are located exactly like anthers, that is, on legs 1-2 mm in length. Ephedra horsetail has 2-3 pairs of bracts. Below, they are wide-oval in shape, and narrow-webbed along the edge. They are polluted by the wind.

Does the fruit give ephedra horsetail? Photo of berries of this plant can be seen in this article. They have a red or orange color. Also, the fruit of the bush under consideration is fleshy, globular-elongated and single-seeded. Seeds are round, 4-6 mm long and convex on both sides.

When does ephedra herb flowers? The photo of this shrub is shown above. Its flowering occurs in May-June. The seeds of the same plant reach their full ripeness only in July, and the pineal berries fall in September.

Ephedra horsetail where it grows?

In Russia, this shrub can be found in the Volga region, as well as in the southeast of the European part. Also, the plant under consideration is widespread in the Caucasus, in the mountains of Central Asia, Western Siberia, the Eastern Tien Shan, Mongolia and China.

In what areas does ephedra live horsetail? Where does this shrub grow? Such a plant is typical of mountainous areas. It can be found in mountain-steppe, mountain-forest and subalpine belts.

Most often, the bush under consideration grows on rubble debris, rocky areas and in crevices of rocks, including at an altitude of 1000-1700 meters above sea level. In such places the plant takes root thanks to its powerful root system. 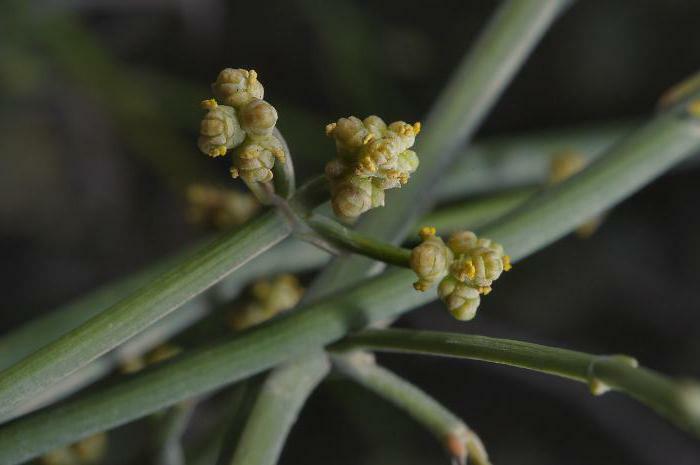 Ephedra horsetail forms not very thick, but quite extensive thickets. It is very demanding to the light, and is also able to reproduce vegetatively, by dividing bushes.

Use in decorative gardening

Why is ephedra horsetail necessary? Planting and nursing this plant requires special attention. Because of this depends on its decorative appearance.

According to the statements of botanists, this shrub is used for:

Unfortunately, the use of ephedra is limited, as it contains narcotic substances. Cultivation and distribution of such shrubs is prohibited by law. However, these norms do not apply to single ornamental plants, since ephedrine of such herbs is not used in landscape design. 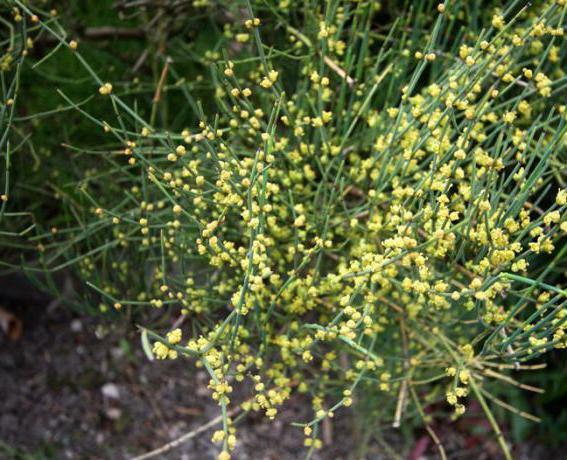 All kinds of bush considered are accustomed to dry climate, as well as to steppe, rocky and desert ground. Therefore, they can be settled even on poor soils.

When decorating your garden, the conifer should be provided with a sunny place. It should be noted that such plants are well tolerated with drafts, not capricious to polluted air and are not afraid of winds.

Soil for ephedra horsetail need special. As you know, she likes well-drained and dry alkaline soils.

Overmoisture of such shrubs is fatal, including in the winter season. The low-bodied hvoyniki well feel themselves in the crevices of rock and stone rocks, as well as in stony soil. If the plant needs to be planted in flower gardens or ordinary soil, it is necessary to lay a powerful and high-quality drainage in the planting pits.

Planting of the plant

The site for planting such a shrub should be prepared in advance. The soil is deeply digested and mixed with sand in order to improve its water permeability.

Soil acid reaction or neutral medium must be limed. Also at the bottom of the landing holes spread a high drainage layer.

Ephedra horsetail is well established both in spring and in autumn. However, the most optimal periods for its landing are: 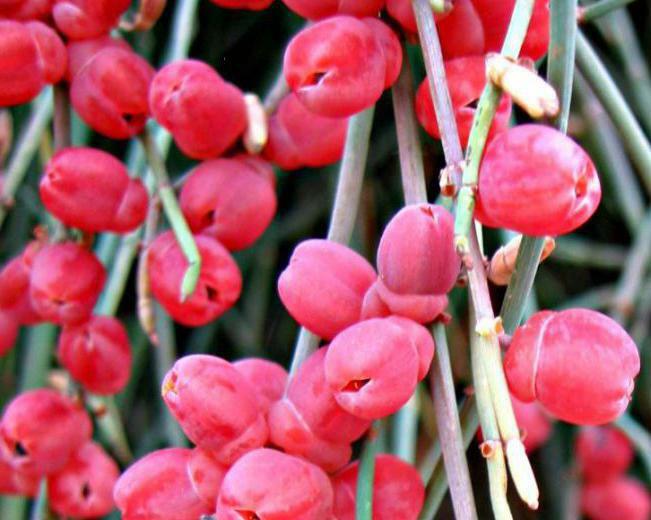 Planting of shrubs occurs in the standard way. The main thing in this case, do not overtake the radical neck. Watering the plants after planting is mandatory. Water is distributed around the perimeter of the landing pit. In the future, irrigation of ephedra is carried out only with drought.

Care for the bush

Ephedra horsetail is a resistant and hardy plant. Care of it is reduced to maintaining the drainage of the soil and its ability to pass the liquid.

No watering is necessary for such shrubs. If extreme heat is involved, then maintaining humidification will promote the formation of beautiful berries.

No fertilizing is required for such conifers, except when they grow in poor stony soil.

The main point of care for ephedra is soil loosening. Do this in early spring and fall. 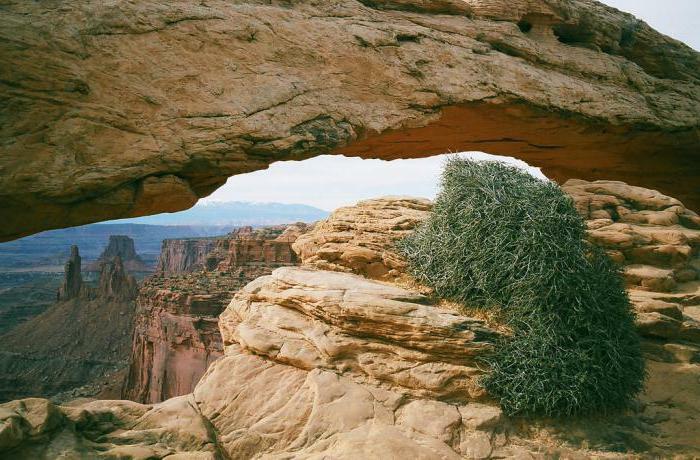 Absolutely all parts of the bush in question contain pseudoephedrine and ephedrine. The shoots of this plant include up to 11% tannins. They can be used to obtain tannic extracts.

In Central Asia and Kazakhstan, ash from the stems of ephedra horsetail is sometimes added to chewing tobacco.

Ephedrine is a substance that exerts a stimulating effect on the central nervous system and the heart. It also inhibits the intestinal peristalsis, causes constriction of the vessels, raises blood pressure, excites the respiratory center and expands the bronchi.

From adrenaline this element is different in that the effect of its use develops gradually, but it has a longer action.

Drugs based on this plant are used to reduce vasoconstriction in rhinitis and inflammatory conditions, as well as as a means to increase blood pressure during operations, infectious diseases, narcolepsy, myasthenia gravis, trauma, poisoning with sleeping pills and narcotic drugs. In addition, ephedrine is widely used in ophthalmic practice to expand pupils in the conduct of diagnosis. 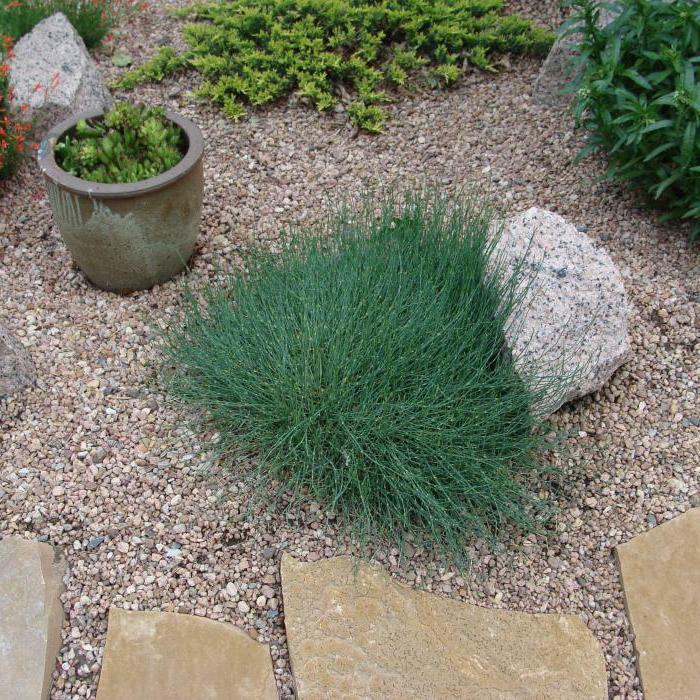 If the ephedrine is not taken correctly, it has pronounced side effects, which are manifested as nausea, dizziness, light tremor, vomiting, precardial pain, palpitations, fear of death, hypertension, insomnia, nervous excitation, delay in urination and hyperhidrosis, andheadache and skin rashes.