The technique of ophthalmotonometry by weights. Tonometer Maklakova: device and application

The pressure inside the eye chambers is determined by the difference in the rate of inflow and outflow from the fluid. The methods of tonometry used in clinical practice( pressure measurements) refer to the indirect methods and give a tonometric index of pressure.

Measurement of intraocular pressure is very important for the diagnosis of glaucoma and timely ophthalmic care for patients. 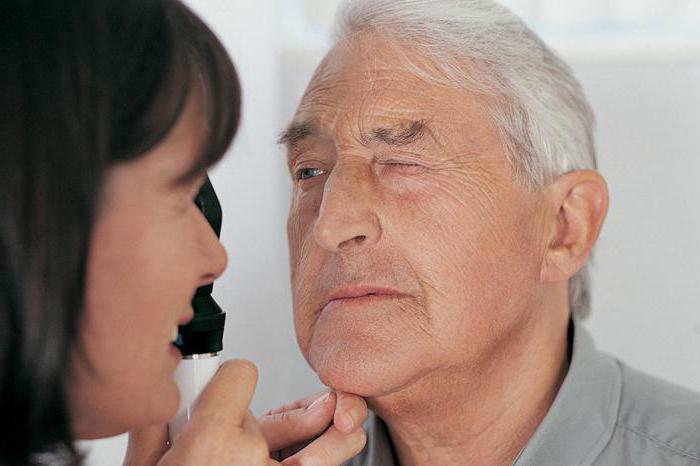 In domestic ophthalmology, the most commonly used methods are contactless tonometry and measurement of intraocular pressure according to Maklakov. The latter was proposed in 1884, but entered into wide practice a little later.

Tonometry according to Maklakov consists in a short-term installation of a weight( tonometer) on the cornea of ​​the eye and obtaining a print of the contact surface. The area of ​​intraocular pressure is determined by its area.

In addition to the territory of the CIS, the method is widely used in China.

Tonometer of the eye Maklakova - completeness and device of the device

The set of the tonometer includes: 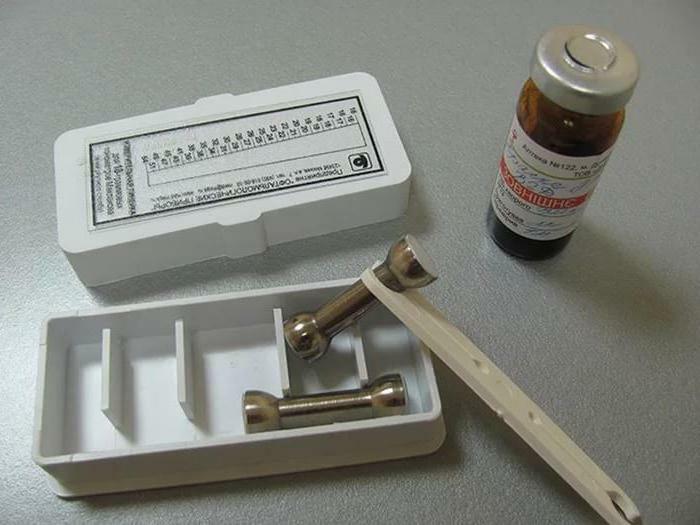 The cargoes are hollow inside, contain a lead weighting agent. The end faces are made of frosted glass, which allows the ink solution to be uniformly retained.

The holder is needed so that during measurements with your fingers you do not create excessive pressure on the Maklakov tonometer.

Operating Instructions for the

Tonometer Before starting work, it is necessary to check the condition of the tonometer. Breaking the integrity of the end surfaces can damage the cornea of ​​the patient's eyes. In addition, the cylinder should easily walk in the gap of the holder.

Treatment of Maklakov tonometers before use is to wipe the areas with alcohol, after which the device is dried for 15-30 seconds.

Sterilization by boiling in a 2% solution of baking soda for 30 minutes is carried out only in cases of extreme necessity:

As the Maklakov tonometer is not sealed, water can boil when boiled. To ensure that the results of ophthalmotonometry have not been distorted due to changes in the mass of the device, it is dried for an hour or more on a sterile gauze pad.

The paint applied to the Maklakov tonometer is a collargol( colloidal silver with albumin), grated in a mixture of glycerin and water. It is possible to use bismarck-brown or methylene blue dyes. To cover the plates with paint, use a stamp pad or transfer a drop of prepared dye with a glass rod, and then rub with a cotton swab. The latter way is safer in the epidemic plan.

Procedure for studying intraocular pressure by the Maklakov tonometer

Before the tonometry, the patient's eyes are anaesthetized. For this purpose, a solution of dicaine is added to the conjunctival sac twice at intervals of 2 minutes. The patient between the instillations covers the eyelids. 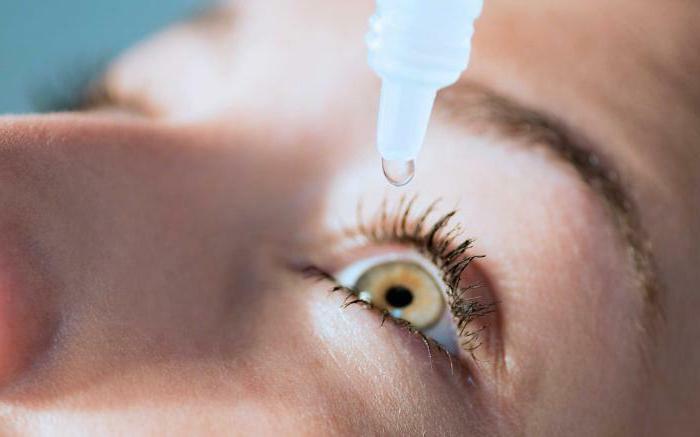 Next, a doctor or nurse performs the actions in the following order: 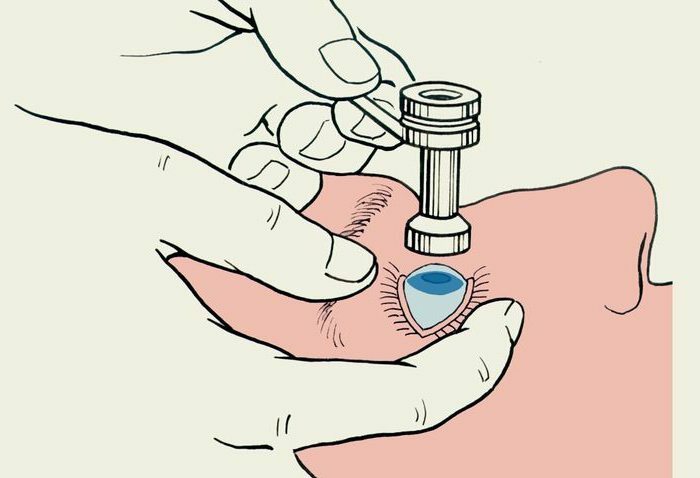 When the tonometer is lowered onto the cornea, the paint on the contact area is washed off with a tear. As a result, the impression is a ring.

The diameter of a light circle on the impression is proportional to the degree of flattening of the cornea during the examination. Accordingly, the higher the pressure, the less paint will be removed and, accordingly, the less light area of ​​the print.

A transparent ruler measures the diameter of the light area. The researcher must place it downward to avoid distortion. The result is evaluated through a binocular loupe. The scale applied on the ruler allows you to immediately translate the result into millimeters of mercury.

When measured with a conventional ruler( up to 0.1 mm), the pressure reading is calculated as the ratio to the weight of the tonometer: the square of the radius of the print on the number of "Pi" and the specific gravity of mercury( 13.6).

The norm of eye pressure according to Maklakov is the interval 18-26 mm Hg. Art.

Restrictions and peculiarities of the

method. It is not recommended to apply tonometry according to Maklakov in the following cases: 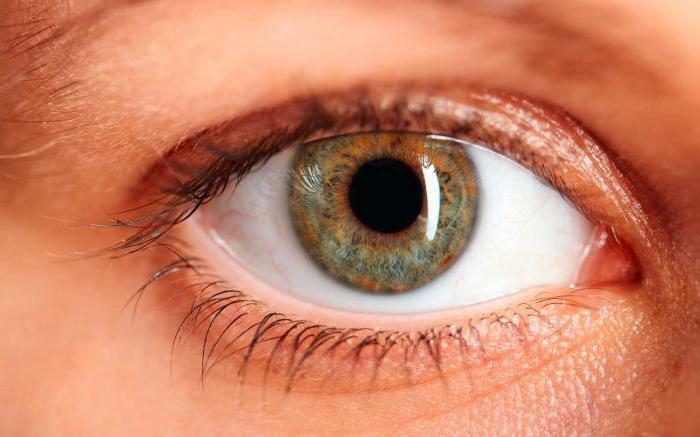 Tonometer Maklakova exerts a pressure on the eyeball that exceeds this value in other techniques, respectively, the result of the result is shifted to the larger side. For comparison, the normal eye pressure according to Goldman is 9-21 mm Hg. Art. Therefore, the comparison of the results obtained by different methods will not be correct.