This group is among the pharmacological preparations of one of the leading, belongs to the means of choice in the treatment of ulcer diseases. The discovery of H2 blockers of histamine receptors over the past two decades is considered the largest in medicine, helping in solving economic( affordable costs) and social problems. Thanks to preparations of H2-blockers, the results of therapy of ulcerous diseases have significantly improved, surgical interventions have been used as rarely as possible, the quality of life of patients has improved."Cimetidine" was called the "gold standard" in the treatment of ulcers, "Ranitidine" in 1998 became the record holder of sales in pharmacology. The big plus is low cost and thus efficiency of preparations. 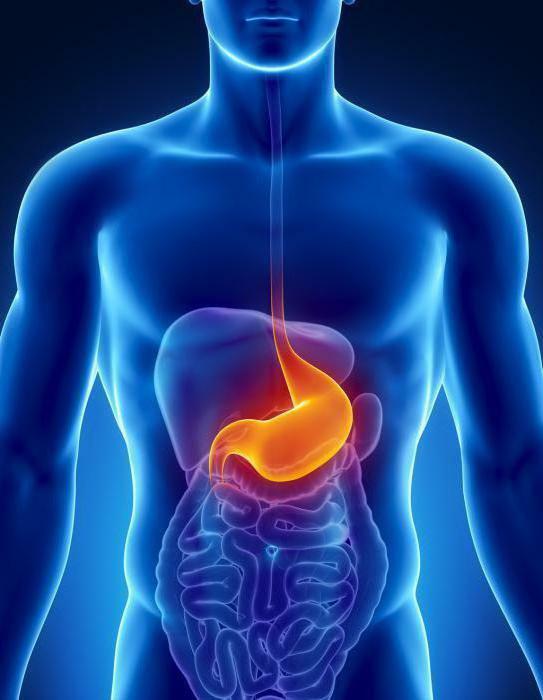 The H2 blockers of histamine receptors are used to treat acid-dependent gastrointestinal diseases. The mechanism of action is the blocking of H2 receptors( otherwise called histamine) cells of the gastric mucosa. For this reason, the production and supply of hydrochloric acid to the lumen of the stomach decreases. This group of drugs refers to antisecretory antiulcer drugs.

Most often H2 blockers of histamine receptors are used in cases of ulcerative manifestations. Blockers H2 not only reduce the production of hydrochloric acid, but also suppress pepsin, gastric mucus is increased, it increases the synthesis of prostaglandins, increases the secretion of bicarbonates. Motor function of the stomach normalizes, microcirculation improves.

Indications for use of H2-blockers: 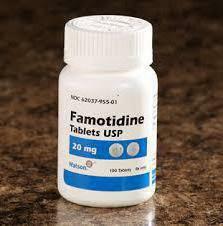 preparations There is a classification of this group of drugs. They are divided by the generations:

"Cimetidine" is the least hydrophilic, due to this the elimination half-life is very short, the metabolism of the liver is thus significant. The blocker interacts with cytochromes P-450( microsomal enzyme), with a change in the rate of hepatic metabolism of the xenobiotic."Cimetidine" is a universal inhibitor of hepatic metabolism among most medicines. In this regard, he is able to enter into a pharmacokinetic interaction, so cumulation and increased risks of side effects are possible.

Among all H2 blockers, "Cimetidine" penetrates better into tissues, which also leads to increased side effects. It displaces endogenous testosterone from communication with peripheral receptors, thereby causing impairment of sexual functions, leads to a decrease in potency, develops impotence and gynecomastia."Cimetidine" can cause headaches, diarrhea, transient myalgia and arthralgia, increased blood creatinine, hematologic changes, CNS lesions, immunosuppressive actions, cardiotoxic effects. The H2 blocker of histamine receptors of the third generation - "Famotidine" - penetrates less into tissues and organs, thereby reducing the number of side effects. Do not cause sexual dysfunction and drugs of subsequent generations - "Ranitidine", "Nizatidine", "Roxatidine."All of them do not interact with androgens.

There were descriptions of H2 blockers of histamine receptors( preparations of the generation of extra-class), the name - "Ebrotidin", "Ranitidine bismuth citrate" is isolated, it is not a simple mixture, but a complex compound. Here the base - ranitidine - binds to trivalent bismuth citrate.

The H2 blocker of histamine receptors III generation "Famotidine" and II - "Ranitidine" - have a greater selectivity than "Cimetidine."Selectivity is a dose-dependent and relative phenomenon."Famotidine" and "Ranitidine" are more selective than "Cynitidine", affect H2 receptors. For comparison: "Famotidine" is more powerful than "Ranitidine" eight times, "Cynitidine" - forty times. Differences in strength are determined from data on the equivalence of doses of various H2-blockers that affect the suppression of hydrochloric acid. The strength of the bonds with the receptors also determines the duration of the effect. If the drug is strongly bound to the receptor, dissociates slowly, the duration of the effect is determined. The basal secretion of "Famotidine" affects the longest. As studies show, "Cimetidine" provides a decrease in basal secretion for 5 hours, "Ranitidine" - 7-8 hours, 12 hours - "Famotidine." 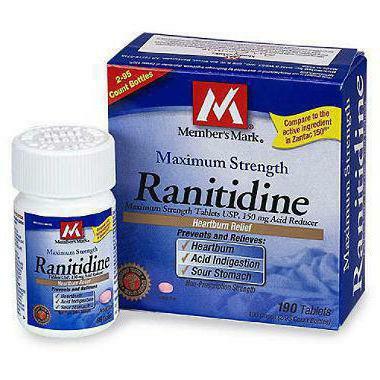 H2-blockers belong to a group of hydrophilic drug substances. Among all generations, "Cimetidine" is less hydrophilic than others, while moderately lipophilic. This gives him the possibility of easy penetration into various organs, effects on H2 receptors, which leads to a variety of side effects."Famotidine" and "Ranitidine" are considered highly hydrophilic, they do not penetrate well through tissues, their primary effect on the H2 receptors of parietal cells.

Maximum number of side effects in "cimetidine.""Famotidine" and "Ranitidine", due to changes in the chemical structure, do not affect metabolizing liver enzymes and give fewer side effects.

The history of this group of H2-blockers began in 1972.The English company under laboratory conditions under the guidance of James Black explored and synthesized a huge number of compounds that were similar in structure to the histamine molecule. After the safe connections were identified, they were referred for clinical studies. The very first blocker of boramide was not entirely effective. Its structure was changed, it turned out to be a methylamide. Clinical studies showed greater efficacy, but a greater toxicity manifested itself in the form of granulocytopenia. Further work led to the discovery of "Cimetidine"( the first generation of drugs).The drug was successfully tested in clinical trials, in 1974 it was approved. Then they began to use blockers H2 histamine receptors in clinical practice, it was a revolution in gastroenterology. James Black in 1988 received for this discovery the Nobel Prize.

Science does not stand still. Because of the multiple side effects of "cimetidine," pharmacologists have begun to focus on finding more effective compounds. So were discovered other new H2 blockers of histamine receptors. Drugs reduce secretion, but do not affect its stimulants( acetylcholine, gastrin).Side effects, "acid ricochet", are aimed at scientists to find new agents for reducing acidity. 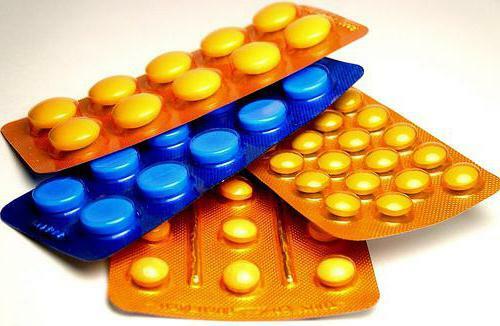 There is a more modern class of drugs - proton pump inhibitors. They excel in acid suppression, at least side effects, at the time of action, H2 blockers of histamine receptors. Drugs, the names of which are listed above, are still used in clinical practice quite often due to genetics, for economic reasons( more often "Famotidine" or "Ranitidine").

Antisecretory modern agents used to reduce the amount of hydrochloric acid are divided into two large classes: proton pump inhibitors( PPIs), as well as H2 blockers of histamine receptors. The drugs are characterized by the effect of tachyphylaxis, when repeated administration causes a decrease in the therapeutic effect. The PPI does not have such a defect, therefore, unlike H2 blockers, they are recommended for prolonged therapy.

The phenomenon of tachyphylaxis development with H2-blockers is observed from the beginning of therapy within 42 hours. When treating ulcerative gastroduodenal bleeding, it is not recommended to use H2-blockers, preference is given to inhibitors of the proton pump.

In some cases, histamine H2 receptor blockers( the classification is indicated above), as well as PPI drugs sometimes cause resistance. When these patients monitor the pH of the stomach, no changes in the level of intragastric acidity are detected. Sometimes there are cases of resistance to any H2 group of 2 or 3 generation blockers or to proton pump inhibitors. Moreover, increasing the dose in such cases does not give a result, it is necessary to choose a different type of drug. The study of some H2-blockers, as well as omeprazole( PPI) shows that from 1 to 5% of cases have no changes in the daily pH-metry. With dynamic observation of the process of treatment of acid dependence, the most rational scheme is considered, where the daily pH-metry is examined for the first, and then for the fifth and seventh day of therapy. The presence of patients with complete resistance indicates that in medical practice there is no drug that would have absolute effectiveness. 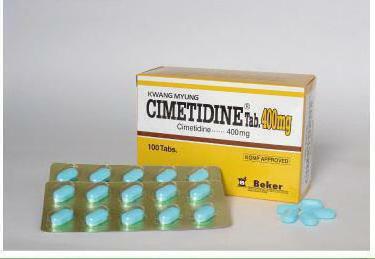 H2 blockers of histamine receptors cause side effects with varying frequency. The use of "cimetidine" causes them in 3,2% of cases."Famotidine 1.3%, Ranitidine 2.7%." Side effects include:

Famotidine has the most side effects on the gastrointestinal tract, often diarrhea develops, in rare cases, on the contrary, constipation occurs. Diarrhea occurs due to antisecretory effects. Due to the fact that the amount of hydrochloric acid in the stomach decreases, the pH level rises. In this case, pepsinogen slowly turns into pepsin, which helps to break down proteins. Digestion is disrupted, and diarrhea often develops. 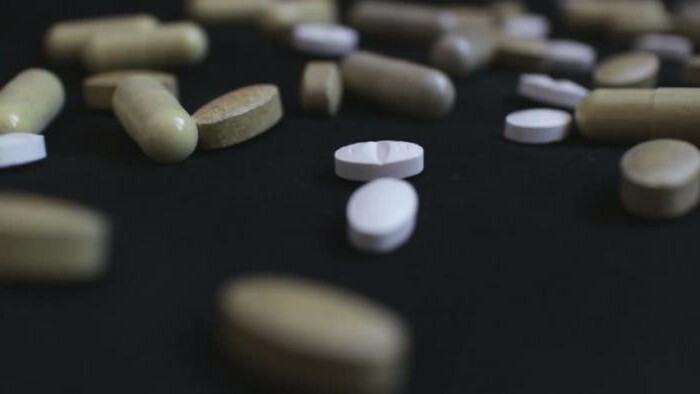 To the H2 blockers of histamine receptors there are a number of drugs that have the following contraindications for use:

agents The H2 blockers of histamine receptors, whose mechanism of action is now understandable, have certain pharmacokinetic drug interactions.

Suction in the stomach. Because of antisecretory effects, H2 blockers are able to influence the absorption of those electrolyte drugs, where there is a dependence on pH, since the drugs can reduce the degree of diffusion and ionization."Cimetidine" is able to reduce the absorption of such drugs as "Antipyrine", "Ketoconazole", "Aminazine" and various iron preparations. To avoid such violations of absorption, medications should be taken 1-2 hours before the use of H2-blockers.

Hepatic metabolism. H2 blockers of histamine receptors( first-generation drugs especially) actively interact with cytochrome P-450, which is the main liver oxidant. The elimination half-life increases, the action can be prolonged and an overdose of the drug, which is metabolized by more than 74%, can appear. The strongest of all reacts with cytochrome P-450 is cimetidine, 10 times more than Ranitidine. Interaction with "Famotidine" does not happen at all. For this reason, when using "Ranitidine" and "Famotidine" there is no violation of hepatic metabolism of drugs, or it manifests itself in an insignificant degree. With the use of "Cimetidine," the clearance for drugs is reduced by about 40%, and this is clinically significant. 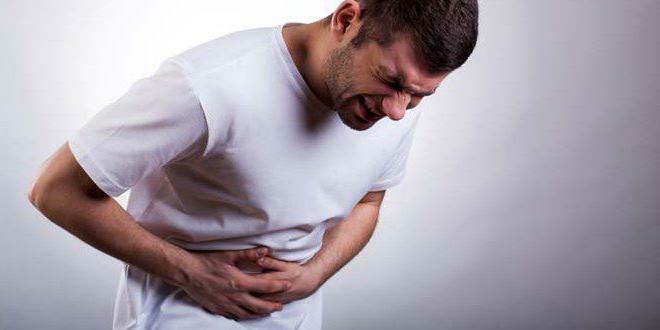 Tubular renal excretion. H2-blockers are secreted with active secretion of the renal tubules. In these cases, interactions with parallel drugs are possible if their excretion is carried out by the same mechanisms."Imethidine" and "Ranitidine" can reduce renal excretion to 35% of novocainamide, quinidine, acetylnocainamide."Famotidine" has no effect on the withdrawal of these drugs. In addition, its therapeutic dose is able to provide a low concentration in the plasma, which will not significantly compete with other agents at levels of calcium secretion.

Pharmacodynamic interactions. The interaction of H2-blockers with groups of other antisecretory drugs can increase the therapeutic effectiveness( for example, with holinoblokatorami).Combination with drugs that affect Helicobacter( drugs metronidazole, bismuth, tetracycline, clarithromycin, amoxicillin), accelerates the tightening of peptic ulcers.

Pharmacodynamic adverse interactions are established when combined with drugs that contain testosterone."Cimetidine" hormone is displaced from the connection with the receptors by 20%, the concentration in the blood plasma at the same time increases."Famotidine" and "Ranitidine" do not have such an effect.

In our country the following preparations of H2 blockers are registered and are allowed for sale: