The human body is a complex, multidimensional system that functions at different levels. In order for organs and cells to work in the correct mode, certain substances must participate in specific biochemical processes. To do this, you need a solid foundation, that is, the correct transfer of the genetic code. It is this inherited material that controls the development of the embryo.

However, in hereditary information, sometimes there are changes that appear in large pools or are related to individual genes. Such errors are called mutations of genes. In some cases, this problem refers to the structural units of the cell, that is, to whole chromosomes. Accordingly, in this case, the error is called a chromosome mutation. 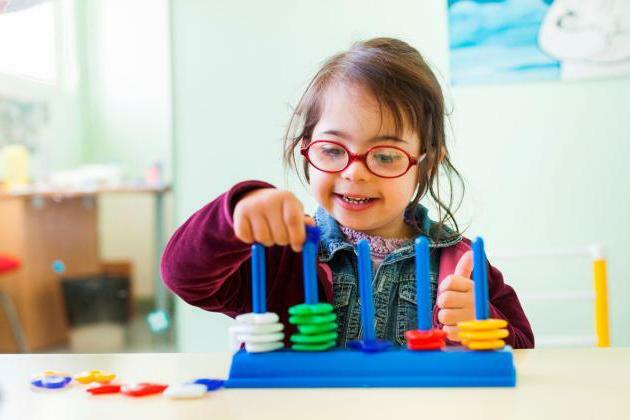 Each human cell normally contains the same number of chromosomes. They are united by the same genes. The complete set is 23 pairs of chromosomes, but in the sex cells they are 2 times smaller. This is due to the fact that during fertilization, the fusion of the sperm and the ovule should represent a complete combination of all the necessary genes. Their distribution is not random, but in a strictly defined order, and such a linear sequence is absolutely the same for all people.

Chromosomal mutations contribute to a change in their number and structure. Thus, an extra chromosome may appear or, conversely, they will be missed. This imbalance can be the cause of abortion or contribute to the onset of chromosomal diseases.

Types of chromosomes and their anomalies

A chromosome is a carrier of hereditary information in a cell. It is a doubled DNA molecule in a complex with histones. The formation of chromosomes occurs in prophase( by the time of cell division).However, during the metaphase period, it is more convenient to study them. Chromosomes, which consist of two chromatids, that is, connected by a primary constriction, are located on the equator of the cell. The primary constriction divides the chromosome into two sections of the same or different lengths.

The following types of chromosomes are distinguished:

Anomalies are relatively large and small. The methods of research vary depending on this parameter. Some can not be detected with a microscope. In such cases, the differential staining method is used, but only when the affected area is estimated in millions of nucleotides. Only by establishing the nucleotide sequence, small mutations can be detected. And larger violations lead to a pronounced effect on the human body.

In the absence of one of the chromosomes, the anomaly is called monosomy. The extra chromosome in the body is trisomy.

Chromosomal diseases are genetic pathologies that occur as a result of abnormality of chromosomes. They arise due to a change in the number of chromosomes or large rearrangements of

When still medicine was far from the current level of development, it was believed that a person had 48 chromosomes. And only in 1956 they were able to correctly calculate, number and identify the relationship between the violation of the number of chromosomes and some hereditary diseases.

After 3 years, the French scientist J. Lejeune discovered that a violation in people of intellectual development and resistance to infections is directly related to a genomic mutation. It was about an extra 21 chromosomes. It is one of the smallest, but it contains a large number of genes. An extra chromosome was observed in 1 out of 1,000 newborns. This chromosomal disease is by far the most studied and is called Down's syndrome. 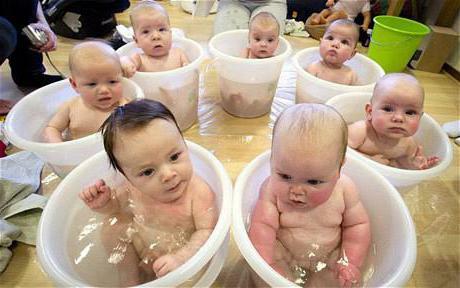 In the same year of 1959, it was studied and proved that the presence of an extra X chromosome in men leads to Kleinfelter's disease, in which a person suffers from mental retardation and infertility.

However, despite the fact that chromosomal abnormalities are observed and studied for a long time, even modern medicine is not capable of treating genetic diseases. But the methods of diagnosing such mutations are quite modernized.

Anomaly is the only reason for the appearance of 47 chromosomes instead of the prescribed 46. Specialists in the field of medicine have proved that the main reason for the appearance of an extra chromosome is the age of the future mother. The older the pregnant, the greater the probability of non-separation of chromosomes. Only for this reason women are recommended to give birth up to 35 years. In the case of pregnancy after this age should be examined.

The factors that contribute to the emergence of an extra chromosome include the level of anomaly that has increased in the whole in the world, the degree of environmental contamination and much more.

There is an opinion that an extra chromosome occurs if there were similar cases in the genus. It's just a myth: studies have shown that parents whose children suffer from chromosomal disease have a perfectly healthy karyotype.

Diagnosis of the appearance of a child with a chromosomal abnormality

The recognition of chromosomal abnormalities, the so-called aneuploidy screening, reveals a deficiency or an excess of chromosomes in the embryo. Pregnant women older than 35 years are recommended to undergo a procedure for obtaining a sample of amniotic fluid. If a violation of the karyotype is found, the expectant mother will need to terminate the pregnancy, since the born child will all the time suffer a serious illness in the absence of effective methods of treatment. 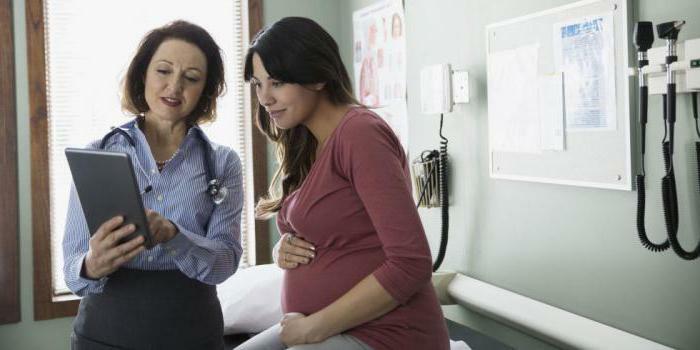 Chromosome disorder is mainly of maternal origin, therefore it is necessary to analyze not only the cells of the embryo, but also the substances that are formed during maturation. This procedure is called the diagnosis of genetic disorders in polar bodies.

The scientist who first described Mongolism is Down. The extra chromosome, the disease of genes in the presence of which necessarily develops, is widely studied. With Mongolism, trisomy occurs on 21 chromosomes. That is, instead of the prescribed 46, the patient receives 47 chromosomes. The main sign is a backwardness in development. 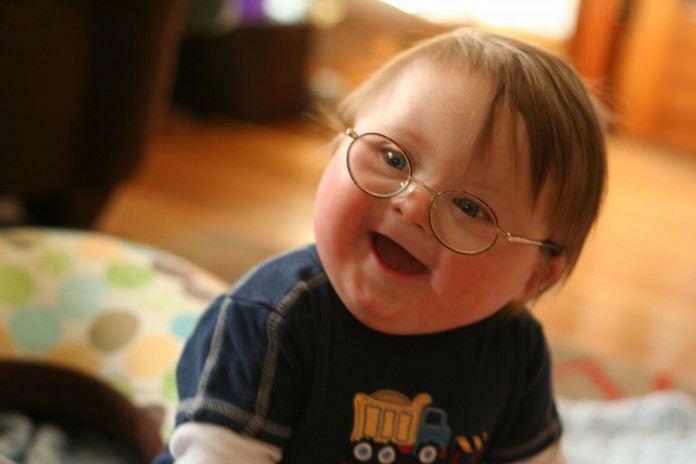 Children who have an excess chromosome experience serious difficulties in assimilating material in a school setting, so they need an alternative teaching method. In addition to the mental, there is a deviation in physical development, namely: slanted eyes, flat face, wide lips, flat tongue, short or broadened limbs and feet, large accumulation of skin in the neck. Life expectancy on average reaches 50 years.

Trisomy also includes the Patau syndrome, in which there are 3 copies of 13 chromosomes. A distinctive feature is a violation of the central nervous system or its underdevelopment. In patients, multiple malformations are observed, including congenital heart diseases. More than 90% of people with Patau syndrome die in the first year of life. 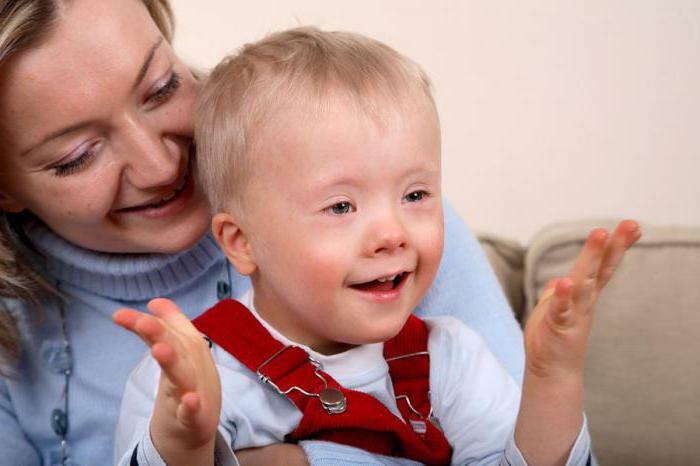 This anomaly, like the previous ones, is related to trisomy. In this case we are talking about 18 chromosomes. Edwards syndrome is characterized by various disorders. Basically, patients experience bone deformation, altered skull form, problems with respiratory organs and cardiovascular system. Life expectancy is usually about 3 months, but some babies live up to a year. 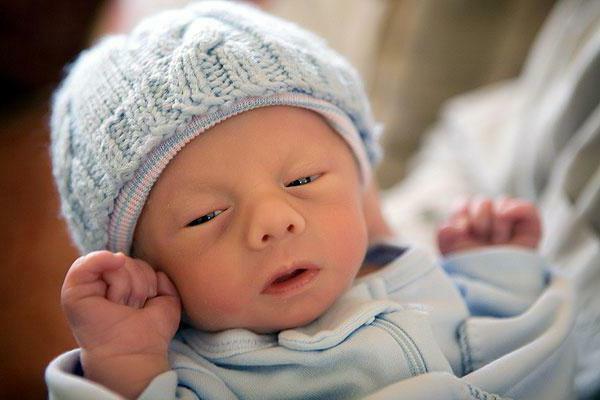 In addition to these syndromes of chromosomal abnormality, there are others in which a numerical and structural anomaly is also observed. These diseases include the following:

How to raise a child with a chromosomal disease?

Raising a child with congenital chromosomal diseases is not easy. In order to facilitate your life, you must follow certain rules. First, we must immediately overcome despair and fear. Secondly, there is no need to waste time looking for the guilty, it simply does not exist. Thirdly, it is important to determine what kind of assistance is required for the child and the family, and then turn to specialists for medical and psychological-pedagogical assistance.

In the first year of life, diagnosis is extremely important, because during this period the motor function develops. With the help of professionals, the child will quickly acquire motor abilities. It is necessary to examine the child objectively on the pathology of vision and hearing. Also the child should be observed at the pediatrician, the psychoneurologist and the endocrinologist.

Parents are encouraged to join a special Association in order to obtain valuable practical advice from people who have overcome this situation and are ready to share.

The bearer of the superfluous chromosome is usually friendly, which facilitates his upbringing, and he also tries to earn the adult's approval as much as he can. The level of development of a special baby will depend on how hard it will be to teach him basic skills. Sick children though lag behind the others, but require a lot of attention. It is always necessary to encourage the independence of the child. To instill self-service skills follows by example, and then the result will not take long to wait.

Children with chromosomal diseases are endowed with special talents, which must be disclosed. This can be music or drawing. It is important to develop the speech of the kid, play active and developing motor skills games, read, and also accustom to the regime and accuracy. If you show all the tenderness, care, attentiveness and affection to the child, he will answer the same.

To date, chromosomal diseases can not be cured;each proposed method is experimental, and their clinical effectiveness is not proven. Achieving success in the development, socialization and acquisition of skills is helped by systematic medical and pedagogical assistance.

A sick child should always be observed by specialists, since medicine has reached the level at which it is able to provide the necessary equipment and various types of therapy. Teachers will use modern approaches in training and rehabilitation of the baby.