Cystitis is predominantly a female disease, which is accompanied by many unpleasant symptoms. These include pain and relief from urination, urinary incontinence, general malaise, fever, lower immunity, and so on. Doctors, when treating a patient with such complaints, often prescribe drugs "Cyston" or "Kanefron".With cystitis, both medicines will be effective. However, consumers are increasingly interested in what kind of medicine is better to choose. 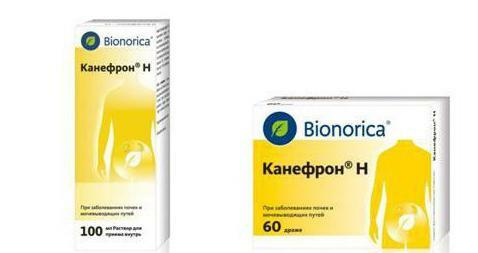 Treatment of cystitis "Kanefronom" will cost the patient in the amount of approximately 500 rubles. Drug is produced in the form of drops and tablets. So, 100 milliliters of the drug in a liquid form costs 450 rubles. Dragee in the amount of 60 pieces have a price of 470 rubles.

The drug "Cyston" has only one form of release - tablets. In one package there are 100 capsules. It is worth such a volume of about 600 rubles. As you can see, the medicine "Kanefron" is at first glance cheaper than its analog. However, this statement is valid only without taking into account the amount of medication. 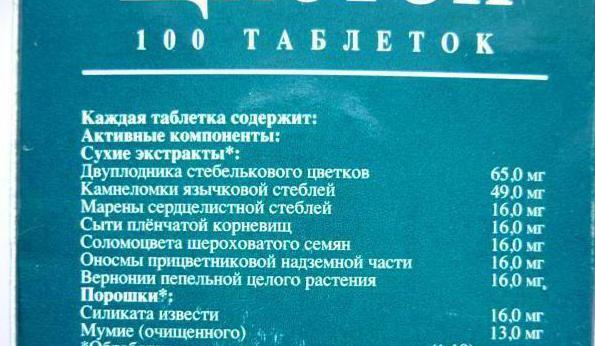 To answer the question about what is better - "Kanefron" or "Cyston" with cystitis, it is necessary to understand the composition of the drugs. Both of them are of vegetable origin. This fact is considered an undoubted advantage.

The medicine "Kanefron" contains in its composition such components as root of love, grass of gold-bearing and rosemary. As additional components in the tablets are present: iron, silicon dioxide, magnesium stearate, several types of starch, lactose, talc, titanium dioxide, sucrose and others. Drops include ethanol and water.

Apparently, the active components of the drug "Cyston" more. However, tablets "Kanefron" contain more additional components than the main compounds. It's bad or good, we'll figure it out further. 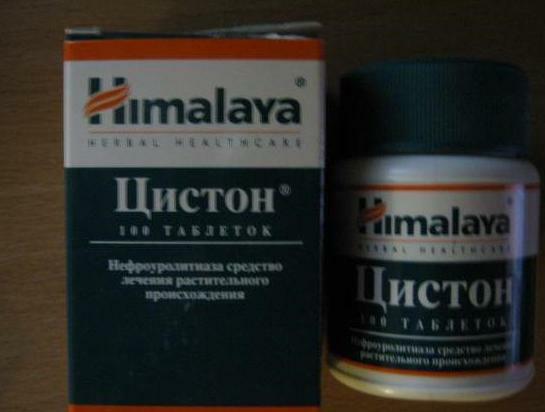 Indications for use of both drugs

Both medications are prescribed for cystitis - "Kanefron" and "Cyston".Also, drugs are used for urolithiasis: pyelonephritis, nephritis, glomerolunephritis."Kanefron" can also be used as a prophylaxis, whereas there is no such purpose for its analog.

The medicine "Cyston" has other indications for use: gout, crystalluria, urinary tract infection. 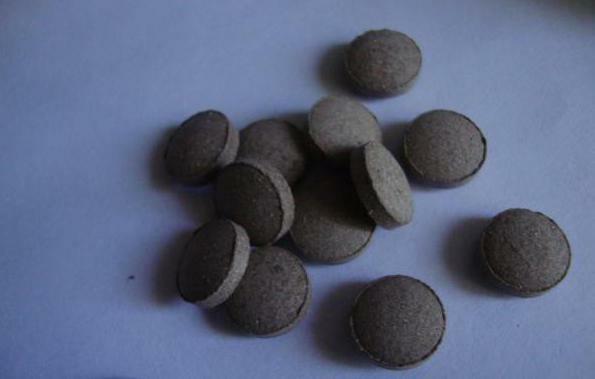 Preparations "Cyston" and "Kanefron" for cystitis how to take? As you already know, the first is produced exclusively in the form of tablets, so it is taken orally, squeezed with enough liquid. Preference should be given to clean drinking water. Dosage of the drug with cystitis is 4 tablets per day. This volume should be divided into two applications. It is advisable to use the medicine after a meal on a background of copious drinking. The duration of therapy is usually 2-3 weeks. Also, on the recommendation of the doctor, the drug may take a longer time to normalize the patient's condition.

For cystitis, "Kanefron" is usually given in the form of tablets. This form is most convenient for the consumer. The dose is 6 pills a day. To divide this volume it is necessary for three receptions. If you prefer to use drops, then the drug is usually recommended for 50 drops three times a day. Drug in liquid form can be diluted with various drinks. The duration of treatment is determined by the doctor individually. But in most cases, even after the onset of improvement, the medicine should be taken for another 2-3 weeks.

To determine which drug to take with cystitis, "Kanefron" and "Cyston", you need to compare the limitations of their reception. All of them are written in the instructions. Both drugs are never used for hypersensitivity to their components. As you already know, the medicine "Cyston" has more components. Pay attention to additional connections. If we talk about the medicine "Kanefron", then it has no more restrictions to use it. The drug is acceptable for the treatment of infants, pregnant and lactating women.

The medicine "Cyston" is contraindicated until 18 years. Also, the medication is not prescribed for the formation of kidney stones more than 9 millimeters. It is forbidden to use the remedy for acute pain of unclear origin. It is not recommended to use it during pregnancy and lactation due to insufficient data on the effects of therapy in these population groups. 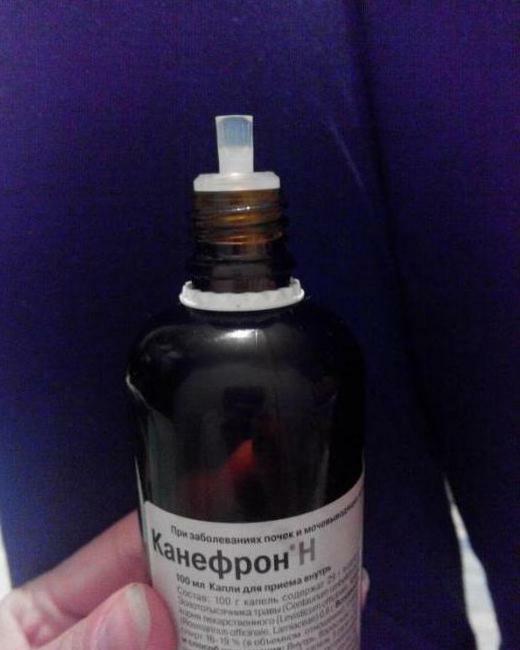 With cysteine ​​"Kanefron", like its analog "Cyston", can cause an allergic reaction. In most cases, this is due to increased sensitivity to components that consumers did not know about. The instructions say that the drug "Kanefron" no longer has any side effects.

About the drug "Cyston" the manufacturer says that the pills have not yet been thoroughly studied. Therefore, they can cause other undesirable reactions. However, these are not prescribed in the annotation. It is only reported that if any adverse reactions or worsening of well-being are detected, it is worth immediately stopping treatment and seeking qualified help. 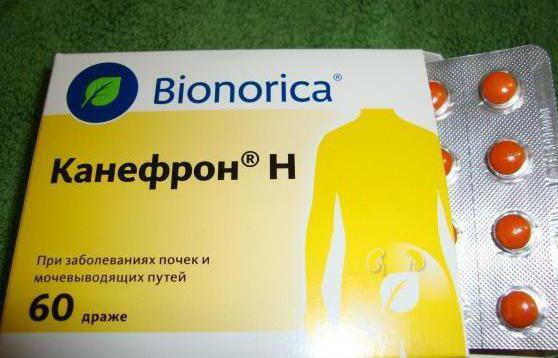 Both drugs have positive reviews among consumers. However, most patients are trying to save money. Therefore, they choose the medicine "Kanefron".But this is erroneous. Pharmacists say that the packaging of the drug "Cyston" is enough for 25 days of treatment. The agent "Kanefron" will end after 10 days.after that you will have to purchase another pack.

The effectiveness of drugs is often controversial. Some consumers say that they are helped by the drug "Kanefron", while others are satisfied with the "Cyston".Doctors say that the treatment of cystitis and the removal of phosphate stones occur better when using the drug "Cyston".The drug "Kanefron" is intended for the treatment of inflammation of the urinary bladder and the release of urate formations. 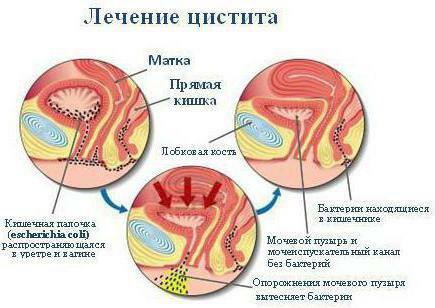 You already know that the drug "Kanefron" reviews with cystitis is almost the same as "Cyston."What to choose the consumer? First of all, you need to listen to the advice of a doctor. Address your problem to the doctor. Depending on your symptoms, he will recommend the appropriate drug.

The drug "Kanefron" is more tested and safe. It has practically no contraindications and side effects, unlike tablets "Cyston".Medication "Kanefron" can be used during lactation, pregnancy, in children from the first days of life. However, his course costs an order of magnitude higher in value.

The medicine "Cyston" is more affordable. It includes a variety of various herbs and plants. Also, the range of its application and indications is wider. The medicine needs to be drunk fewer times a day - it will be more convenient for patients. Also the cost of the medicine is attractive.

Both medicines are well combined with antibiotics for the treatment of cystitis and diuretics. However, the drops "Kanefron" should not be used by drivers in connection with the content of ethanol in them. The minus of the medicine "Kanefron" is that it needs to be taken for a long time( usually several months), whereas "Cyston" is more often prescribed for 3 weeks. 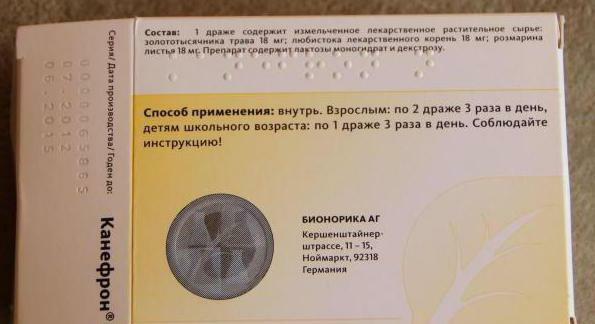 . Pregnancy( the first or repeated) is a condition in which women often become aggravated by cystitis. During this period it is necessary to use a medicine that will be safe for the future mother and her baby. Usually, doctors prescribe the drug "Kanefron" in tablets. Cyston is widely used in men and people after 18 years( except for pregnant women).You should not choose a medicine yourself. Before the start of therapy, it is advisable to take tests, including bacteriological culture.

With cystitis, "Kanefron" is effective, as is its analogue. Often these drugs are supplemented by others. All the best to you, do not be ill!